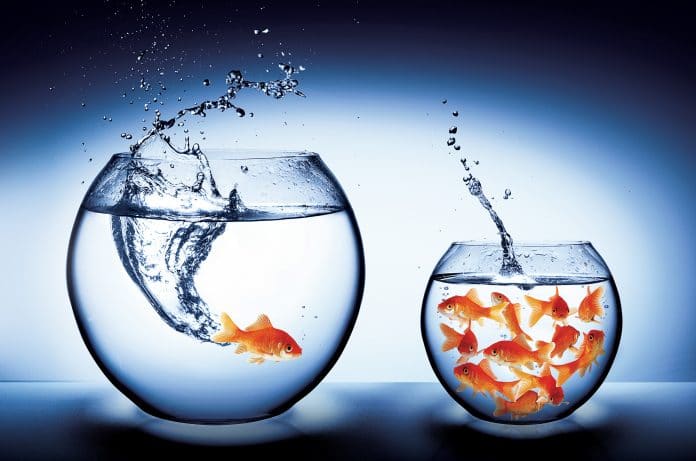 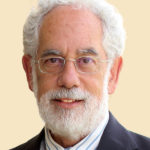 By Bruce Horowitz, Partner, Paz Horowitz, Abogados and President, The Center for the Study of Bribery and Extortion Situations

This article is for people at all corporate levels and throughout all the links in the supply chain, who either believe in the correctness of anti-corruption compliance, or who are risk-averse to the corporate and legal punishments that they could face if they violate these rules of compliance.

A friend, who used to train and handle search and rescue (SAR) dogs, once told me a story about the Mexico City earthquake of 1985, in which 412 buildings collapsed and more than 5,000 people died. A group of SAR dogs and their handlers had been finding and rescuing victims from the rubble of buildings for two days and nights. On the third day, they were finding fewer and fewer survivors. By the end of fourth day, some of the SAR dogs were finding only dead victims, but no survivors. On that fourth night, these dogs crawled under the beds of their handlers and refused to come out the next morning.

Knowing that there could potentially be people still alive and suffering under the rubble, the SAR handlers discussed what they could do to get their dogs back on task. Someone suggested that they plant live volunteer ‘victims’ under the rubble. They did this before carrying their dogs back out to the streets. The dogs began to hear other dogs finding the live ‘victims’ and soon began to search with renewed energy. Although most of the new victims that they found on the fifth day were dead the dogs continued to search for and saved the last of the real live victims under the rubble.²

What was it that led these SAR dogs to crawl under those beds and refuse to come out and why did they finally renew the search for and rescue of victims in spite of mainly finding dead victims? If they were simple exhausted after four days of physical labour, then there was no reason for them to revive from one minute to the next. On the other hand, if dogs were like people, like their handlers, then we might surmise that they had a purpose in life and it was to find and rescue victims who would otherwise die. If they only found dead victims then they could no longer serve their purpose in life. For humans, we might say that they were in a ‘state of depression’ yet, if they beheld the possibility of finding one live victim after finding 20 dead victims, then their own lives continued to have a purpose. We call the human motivating factor ‘hope’. Without being too anthropocentric, we might say that, through the surreptitious hiding of live victims under the rubble in Mexico City, the SAR handlers brought enough hope back to their dogs to revive their sense of purpose.

Legislators and law enforcement officials seem to recognise that the sweetened  ‘carrot’ of monetary rewards for whistleblowers and for public prosecution offices leads indirectly to improved corporate anti-corruption compliance efforts, if only because corporations, corporate officers and owners are on the hard pointy end of the skewer.

On 30 March 2015, a well-regarded anti-corruption compliance commentator, Thomas R. Fox, published an article on the history and recent findings on positive incentives to comply with anti-corruption laws. He mentions that as far back as back as 2004, the then US Securities and Exchange Commission (SEC) Director of Enforcement, Stephen M. Cutler, said organisations should make “integrity, ethics and compliance part of the promotion, compensation and evaluation processes as well. For at the end of the day, the most effective way to communicate that ‘doing the right thing’ is a priority, is to reward it”.

The FCPA Guidance states that the “DOJ and SEC recognise that positive incentives can also drive compliant behaviour. These incentives can take many forms, such as personnel evaluations and promotions, rewards for improving and developing a company’s compliance programme and rewards for ethics and compliance leadership”.³

In simplified terms, the problem is that, on the ‘skewer’ side, a company must threaten their employees and agents with job and income loss, social ostracism and civil and criminal penalties for disobeying the anti-bribery rules while on the carrot side, the company has to offer everyone else some monetary or status benefits for not paying a bribe, or for helping others not to pay a bribe. Meanwhile, the ability to increase the monetary benefits and the status and the personal satisfaction benefits depend on improving profits in places where companies continue to lose profitable work to less scrupulous competitors.4

I recently spoke with representatives of two consulting firms in a major North American city.  Both of them focus on the use of novel positive incentives to improve employee satisfaction and business results. I asked them to suggest monetary incentives that a company could offer their employees for not paying bribes or for not submitting to extortion. Both replied that they did not know about any workable positive incentives being used for this purpose at the present time and one added that any positive monetary incentive for not paying a bribe would quickly lead to claims for payment for unproven and unprovable bribery situations.

The positive deviance approach to bribery and extortion situations

In 2001 to 2002, based on the peculiar circumstances of the Montesinos/Fujimori corruption scandal in Peru, the Peruvian Congress included in the national census some questions about householder participation in public bribery situations. In 2005, two professors at McGill University, Jennifer Hunt and Sonia Laszlo, analysed the results of the Peruvian census and presented a paper, entitled Bribery: Who Pays, Who Refuses, What Are the Payoffs.5

Before the 2001-2002 Peruvian census, some large-scale surveys had asked individuals whether they had been asked to pay bribes, or had paid bribes, or who knew of others who had paid bribes, or if they had refused to pay a bribe demanded by a government functionary. But, in this Peruvian census, both bribe payers and bribe refusers were asked (seemingly for the first time) whether they received what they needed from the government.

Professors Hunt and Lazslo understood that a majority of the people in the census who paid the bribe got what they wanted, while most of the householders who refused to pay the bribe demanded by a government functionary did not receive what they rightfully deserved.

“For the corporate community, the probable existence of positive deviants within their own organisations means that while the tone must come from the suites, the specific solutions will come from the streets”

However, let us ignore for the moment the large majority of individuals who paid the bribe and instead look at the small minority (seven per cent) of the people who refused to submit to extortion and still got what was rightfully theirs. We see that there is a ‘deviant’ 21 per cent minority of the population that not only refuses to pay the bribe, but from which an even smaller deviant minority somehow secures a ‘positive’ result of getting what is rightfully theirs, which violates the common wisdom that if you do not submit to a bribe demand from a government functionary, then you will not receive the state-supplied goods, services, permits or access that is rightfully yours.

What we have found repeatedly over the years since 1989 is that there is almost always a small minority of individuals who refuse to submit to government functionary extortion, who have no greater resources than anyone else in the community, but who nevertheless get what is rightfully theirs. These ‘positive deviants’ include lawyers, paralegals, people in operations, sales people, NGO workers in emergency disaster situations and in environmental protection situations, individuals who face bribe demands while moving through customs, individuals confronting traffic officers, extortionist public school teachers and administrators. These ‘positive deviants’ include women and men. They range in age from 17 years old to more than 70 years old. They range in formal education from those who did not finish grade school to those who have doctorates; and in income from less than $50 per month to more than $20,000 per month.

For the corporate community, the probable existence of positive deviants within their own organisations means that while the tone must come from the suites, the specific solutions will come from the streets.

Getting back to how to motivate a corporation’s people on the ground to comply with anti-corruption rules, we must return to the incentive provided by hope. Hope is the expectation of a minimally-acceptable probability of success in serving one’s purpose. For employees and agents of a for profit company, the uncovering of already existing positive deviance solutions provides that minimally-acceptable probability of success which tends to be missing from compliance programmes. If other people in one’s own circumstances, who have no more or nor better resources than I have and who face the same extortionists that I face – if those people have found the way to succeed in these situations – then so can I. Uncovering and spreading these already existing positive deviant solutions to bribery and extortion situations will allow me to fulfil my purpose and my company’s purpose.

1 Finding answers that are hidden in plain sight is part of an approach to problem-solving that goes by the technical name of ‘positive deviance’. It is an approach that the author has been using since before 2005 and a growing number of books, articles and blog posts exist about the subject. Information can be found at www.positivedeviance.org
2 Although I have not been able to confirm this SAR dogs story from other sources, you can read more generally about the 1985 Mexico City Earthquake Search and Rescue story at http://somersetsunset.net/QuakeDogs.pdf.
3 Compensation Incentives in a Best Practices Compliance Programme, 30 March 2015, FCPA Compliance & Ethics,  Thomas R. Fox ©.  http://fcpacompliancereport.com/2015/03/compensation-incentives-in-a-best-practices-compliance-program/
4 In the Miller & Chevalier/Mattison Ellis “Latin America Corruption Survey” of 2012 , 51.19% of all corporate respondents believed that they had lost business to competitors who had made illicit payments, while only 12.62 per cent of these companies had reported their concerns to the authorities.  https://mail.google.com/mail/u/0/?tab=Cm#search/matt%40mattesonellislaw.com/137f058d7f9595ed?projector=1  5 http://economie.esg.uqam.ca/upload/files/seminaires/huntlaszlo.pdf  See also The Power of Positive Deviance by Richard Pascale, Jerry Sternin and Monique Sternin, published by Harvard Business Press (2010).