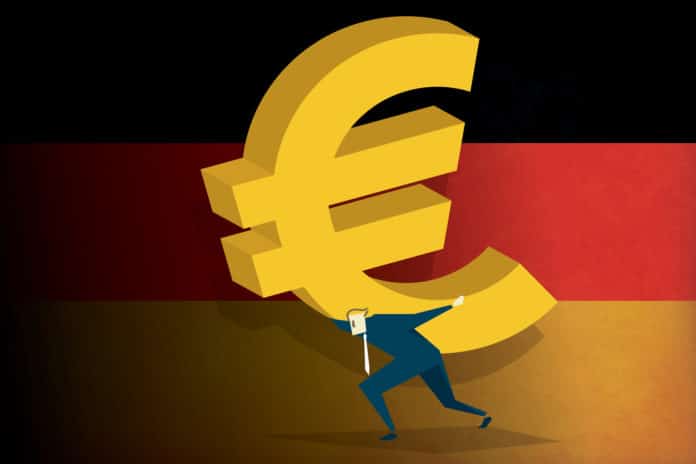 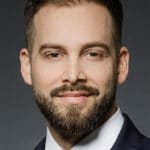 The cosy years for executives of German public companies are over. Shareholder activism has become a major and permanent phenomenon in the German corporate landscape.

An increasing number of predominantly foreign activists have been shaking up German boardrooms over the last years. Activists have been studying the German market and have become familiar with the legal framework and cultural idiosyncrasies. In light of countless corporate scandals in recent years and developments such as a cultural shift towards increased shareholder engagement, a new shareholder structure that is increasingly geared towards (passive) foreign funds, as well as new legal developments, Germany offers better opportunities and a more favourable environment for activists than some years ago. Activists in Germany are becoming more confident and aggressive, targeting some of the largest and most prominent German companies, such as Deutsche Bank, Bayer, ThyssenKrupp, SAP and Volkswagen. Even companies previously considered immune from activist campaigns have begun to feel pressure. Europe’s largest economy looks set to become a new hot spot for activists in the coming years.

Scandals, such as Volkswagen’s emissions scandal and the fraud probe into alleged accounting irregularities at Wirecard; poor or at least unpopular management decisions, such as the $63billion acquisition of Monsanto by Bayer; long-serving periods of executives; excessive remuneration packages and opaque management bonus schemes – these have made German companies vulnerable and more exposed to activist attacks. In addition, German executives have ignored crucial governance trends. The relevance of environmental, social and governance (ESG) does not seem to have found its way into many boardrooms yet and in some ESG areas, German companies are lagging far behind. A good example is the lack of diversity in German boardrooms. Only 13.9 per cent of the executives in the DAX are women (27 out of 194) and in the MDAX the number is only 10.2 per cent (26 out of 254). These numbers are particularly noteworthy against the background that the largest asset managers, including BlackRock, Vanguard and StateStreet, have long since included diversity in their voting policy, knowing that ESG-issues are value drivers. As a consequence of the aforementioned, stock market prices have fallen significantly during the last years. One extreme example is Bayer, which has seen its share price plunge more than 40 per cent since June 2018, when the acquisition of Monsanto was closed.”

These circumstances have been the impetus for a cultural change in corporate Germany. Unsurprisingly, the cultural change did not originate in the boardrooms, but was largely driven by shareholders. Shareholders have grown tired of poor management decisions, a lack of transparency, poor shareholder communication and value destruction and have lost confidence in many management teams. Retail investors, institutional investors and shareholder associations are becoming louder and more critical. Shareholders are demanding better governance and are increasingly willing to articulate their concerns via the press, through direct conversations with the management or in their voting behaviour at annual general meetings. This was impressively illustrated by the Bayer annual general meeting in April 2019 where, for the first time, shareholders delivered a vote of no confidence to the management of a DAX-listed company. In some cases, even anchor shareholders have turned their backs on the management. In the ThyssenKrupp case, the anchor shareholder called the engagement of Elliott Management ‘a great opportunity’.

Activists are benefiting greatly from this development as shareholders are more receptive to activist ideas and increasingly willing to support those ideas. The days of compromises and consensus-oriented corporate culture in Germany seem to be over.

The shareholder structure in Germany has changed drastically in recent years. There is a much higher proportion of foreign institutional investors. Those investors have started to become increasingly interested in governance and operational matters. They are supporting activist endeavours and are becoming more vocal. It is to be expected that institutional investors, which have been passive until now, will become active themselves and assert their own claims in the invested company. The influence of proxy advisors is also increasing. They, too, are becoming more critical and increasingly willing to support activists. As a result, it has become easier for activists to collect the votes/proxies necessary to enforce their demands.

A recent trend in Germany has been to target conglomerates. While some German conglomerates, such as Bayer, Daimler or Volkswagen, spun off certain divisions and established holding company structures in an attempt to pre-empt activists. Others like Bilfinger, E.ON and ThyssenKrupp have been pressured by activists to separate from divisions. There are still enough conglomerates in Germany that are just waiting to be taken apart by activists. Recent years have also seen a dramatic increase in high-profile, public short-selling campaigns. The rise of taking private deals in Germany is also a very interesting development for activists. While purchase prices for private M&A-transactions have reached record levels, stock market prices have fallen significantly. As a result, taking-private deals have become popular again. Equipped with vast amounts of capital, private equity firms are looking for new, attractive investment opportunities and are increasingly targeting public companies. It is to be expected that activists will take advantage of this trend. Recent M&A-related activist campaigns, in particular M&A-arbitrage, where activists take advantage of scenarios where their stake is (at least partly) needed to allow a takeover to succeed or to implement certain corporate measures, have been very successful and profitable.

In Germany, there are far-reaching minority rights, which can constitute a serious source of annoyance for management. Holding one single share entitles the owner to attend, speak and vote at general meetings, request certain information at a shareholders’ meeting, file countermotions before and at a general meeting and file proposals regarding the election of supervisory board members. Holding shares representing five per cent or €500,000 of registered capital entitles the owner to request that a shareholders’ meeting is convened or to request an amendment to the agenda of the general meeting (e.g. removal of members of the supervisory board, vote of no confidence regarding members of the management board).

Holding 10 per cent or €1million of registered capital allows the shareholder to request an individual vote on the discharge of management and/or supervisory board members. In addition to statutory law, the German Corporate Governance Code (DCGK) contains recommendations based on international standards for the best practice of corporate governance that can also be useful for activists to exert pressure on the target.

The DCGK is not mandatory, but deviations need to be explained and disclosed. On the other hand, activists are subject to extensive disclosure obligations that require investors to disclose shareholdings in listed companies to the company itself and the Federal Financial Supervisory Authority (BaFin) should the voting interest exceed certain thresholds. When crossing a 10 per cent threshold, investors are also required to inform the company of the aims they intend to pursue with the investment, whether they plan to acquire further voting rights within the next 12 months, exert influence on the management’s composition, or seek changes in the capital structure and whether the investment serves the implementation of strategic objectives.

In the course of preparation for a proxy contest, activists are hampered by some peculiarities of the German legal framework. For example, unlike in the US, where the shareholders have a right to identify information of all other shareholders by inspecting the company register, in Germany the activist can only demand to inspect the participants list of the last annual general meeting. The collection of proxies is therefore regularly done publicly in Germany. Activists must also keep an eye on the rules regarding acting in concert while soliciting proxies.

.”There have been legal developments that activists can use to their advantage.The law implementing the revised Shareholder Rights Directive contains interesting innovations” 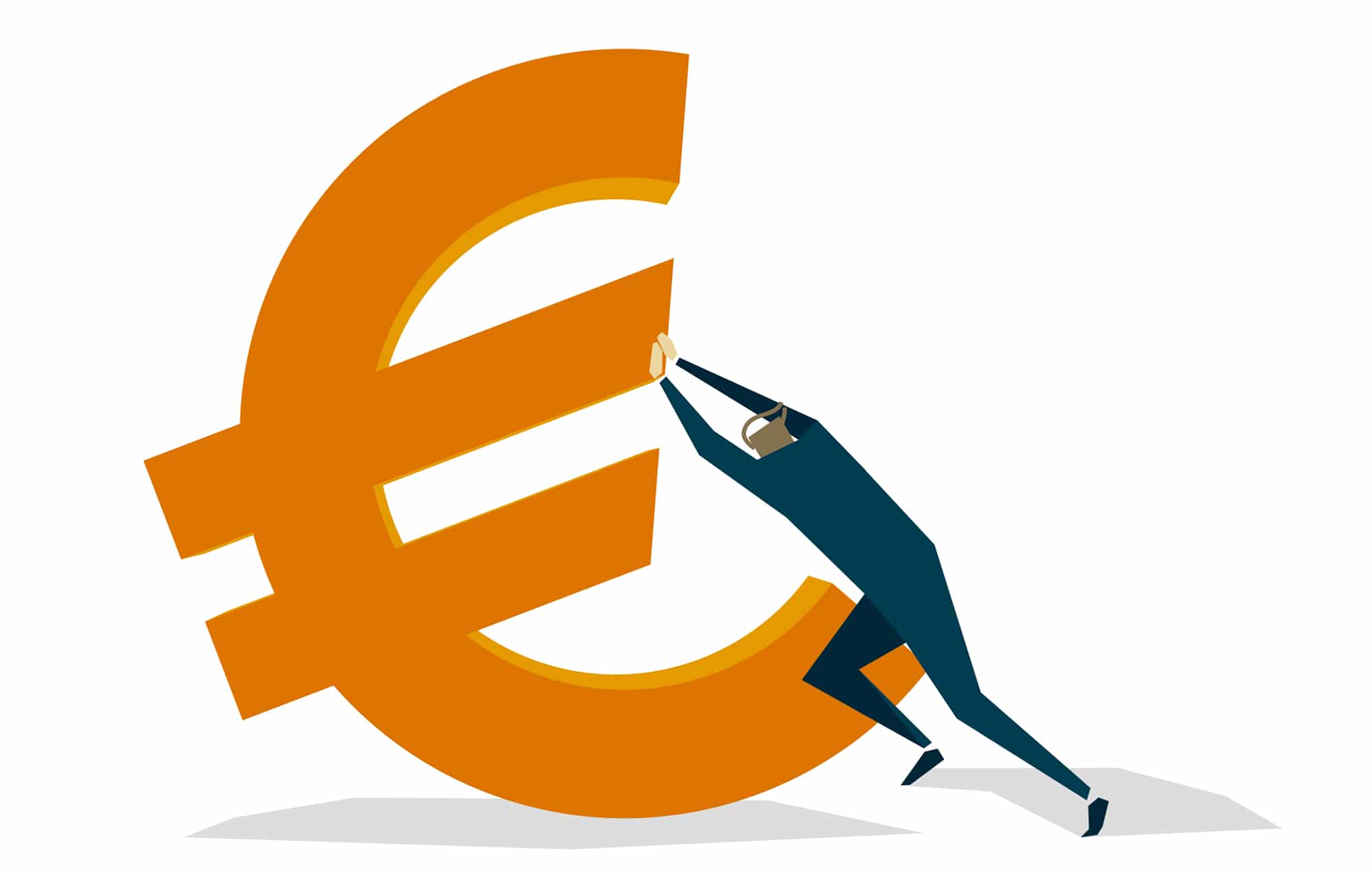 While settlement agreements are possible in Germany, they do not offer the same scope of action as in the US. Agreements between the supervisory board and shareholders on the dismissal of management board members or management board compensation are conceivable. However, settlement agreements in Germany have to be in the best interest of the company and comply with the principle of equal treatment of all shareholders. If an activist shareholder negotiates an economic advantage, this agreement must be made public and the other shareholders must benefit equally.

There have also been legal developments that activists can use to their advantage. The law implementing the revised Shareholder Rights Directive (SRD II)– expected to come into force in fall 2019 – contains interesting innovations for activists. The provisions regarding say-on-pay are of particular relevance. Activists are given a useful and not-to-be-underestimated instrument to put the management board under pressure before the annual general meeting. In the future, it will be mandatory for the annual general meeting to pass a resolution approving a remuneration policy for the management board for each material change, and at the very least every four years. The say-on-pay is no longer optional, but obligatory. The draft law provides that the resolution of the general meeting on the remuneration policy is to be of a purely recommendatory nature and does not create any rights or obligations. But even if the say-on-pay vote is not binding, it still sends a strong signal. It could have a de facto binding character, because the supervisory board – which decides on the remuneration of the management board – will hardly be able to completely ignore a clear vote of the shareholders.

In recent years, the position of activists has also been strengthened by the German Federal Court of Justice (BGH). Of particular importance is a ruling of September 2018 in which the BGH commented on the interpretation of the characteristic of the ‘individual case’ in the context of acting in concert.[1] Activists will now be able to influence supervisory board elections by entering into agreements with other activists/shareholders to coordinate their voting behaviour without attribution of their votes (consequently, no additional voting rights notifications or the obligation to launch a mandatory offer will be triggered).

The environment for activists in Germany has never been better. Investments in the largest German companies show that activists are becoming increasingly sophisticated and confident. Activists’ emphasis on ESG issues and their alignment with the interests of other shareholders have improved their standing. The general perception of activists has changed fundamentally. Being perceived as aggressive and more confrontational is no longer a taboo in Germany. Many of the activists’ demands are now actively supported by other shareholders. Activists seem to be fully aware of the new climate in Germany and well-prepared to take advantage of it. The coming years are going to be very interesting for German boardrooms.

Amadeus Moeser advises on all aspects of German business and corporate law, with a particular focus on domestic and cross-border mergers and acquisitions, private equity transactions, corporate restructurings and general corporate matters. His clients include national and international private equity funds, asset managers and strategic investors. Amadeus has recently advised Losberger De Boer Group on its financial and operative restructuring

Turning the wheels of investment

Shareholder Engagement: How frequently should boards engage with shareholders?