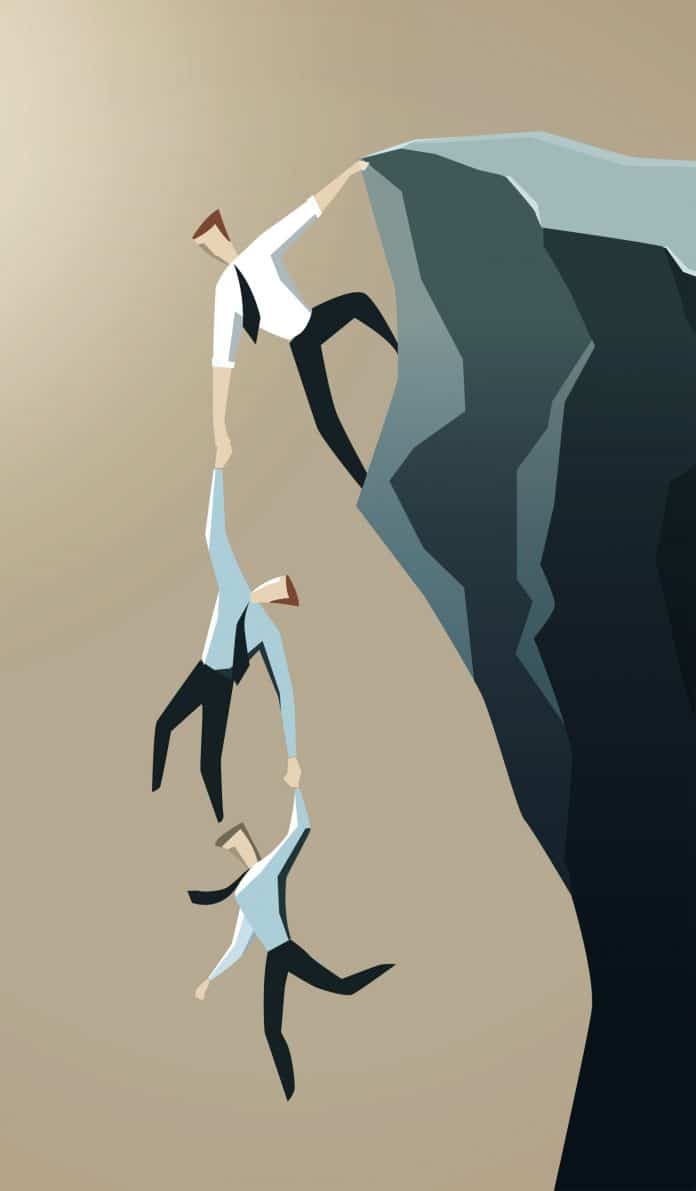 One of the biggest challenges facing founders of family firms is to design long-term solutions that will ensure their sustainability for decades to come. But allocating time to develop these plans has never been an easy sell for founders, even though research shows that the lack of long-term planning can often lead to unexpected costs to the firm and to family members.

Compared to non-family firms, family enterprises can give rise to far more complex systems of management and control at the heart of their business model. While they face all the so-called normal business challenges, they also have to deal with much more deeply rooted issues, such as family life-cycles and development, career paths and exit strategies and discord or outbreaks of hostilities among family members.

Some family firms faced up to these challenges long ago. Firms that can trace their lineage back dozens of generations and have grown in size over time are often the most ardent believers in the long-term planning process. But many family firms are relatively young and the results of long-term planning may not seem as apparent to family members who have never experienced sudden changes in their destiny.

In firms where founders die suddenly – say from an unexpected heart attack – succession can take place with planning or without any planning whatsoever. In the latter case, it is often because founders have postponed the planning process or have never taken the time to design succession plans. If a successor has not been identified by the founder who dies suddenly, the firm could run the risk of failure upon the founder’s death.

In a recent survey of 3,000 owner-managers, the majority said they had not planned for what should happen to the firm after their death or retirement. Even among those who said they would exit their firms within three years, less than half of them had yet to write a succession plan.

Family assets are the unique contributions that founders and family members deliver to their specific firms, setting them apart from non-family firms. As family-owned firms develop and grow over time, the notion of family assets can however be lost on family members, especially if no long-term planning has ever been initiated by the founder or passed down to second or third generation family members. Needless to say, the assets need to be identified in order to raise them to the level of firm strategy and vision. Family members can then fully understand the enhanced values that are delivered to their firms by these assets. They often revolve around three key areas:

Networks created by the family over time are key to success – for example, Toyoda, the family behind the world’s largest carmaker, is connected via marriage to two former Japanese prime ministers and seven top business families.

Family name and history are inherited but need to be reinforced. The British chocolatier Cadbury was famous for its Quaker history.

Values of the founder that resonate with the firm’s employees, customers and stakeholders – Formosa Plastics Group, Taiwan’s second largest business group, is known for its founder Wang Yung-ching’s beliefs in hard work, frugality and rigour.

In summary, the first step in long-term planning for any family business is to evaluate the presence and strengths of the above family assets. Furthermore, regardless of firm size, industry or country, family assets and the knowledge of them can typically be transferred to family members through social activities and organised events in conjunction with a planned approach to succession. At the same time, the planning process needs to take into account the hidden roadblocks that only family firms face.

Taking roadblocks in your stride

Family firms face the same challenges as non-family firms, but in addition to these challenges, family firms face roadblocks that if not resolved have the potential to destroy them. For example, family firms have to be prepared to respond to internal family issues, such as health problems or changes in marital status. They also have to deal with family growth rates, changing career paths and conflicts that break out between members. These roadblocks can never be swept under the carpet as they could break the implicit contract between family members and the firm, a contract that forms a central part of the long-term planning process.

In addition, family firms face external roadblocks that arise in their industries and markets. As a rule, the cost of doing business within family firms where trust has been established is often kept to a minimum. Nevertheless, the tax, legal and political environment can impose unexpected costs on the family firm, such as increases to existing inheritance taxes, which can affect the succession process. For example, Korea’s electronics giant Samsung had to list one of its core companies to generate enough cash so that the Samsung heirs could pay for expected inheritance taxes of billions of dollars. In legal terms, China’s one-child policy has imposed a unique burden on Chinese family firms that are just now beginning to move beyond first- and second-generation succession.

In facing the above challenges, whether internal or external, family firms are advised to develop practical tools for long-term solutions.[¹] In so doing, they are advised to follow a three-step process, as outlined below:

Identify family assets and roadblocks Families can list the strategic advantages of their firms by asking relevant questions, such as: What is it that families contribute to the business? How do these value-added contributions help the business grow now and in the future? In addition to examining the strategic advantages, families need to consider the specific roadblocks that they face.

Map the path ahead Having listed the assets and roadblocks, family members are now ready to map the path of their firms going forward. They can do so by asking the following questions: What are the implications of the family assets? Where are the big challenges coming from, internal or external (institution side or market side)? What are the roadblocks from within the family, from the markets and from the regulatory environment? What are the natural paths for the management and ownership of the firm over the next 10 years?

Cultivate the Path Once a natural path to succession has been decided, the task for a ‘within-family succession’, for example, would be to identify and groom a family successor; enhance family governance to share and transfer family assets; and ensure that all family members are aware of their specific roles within the family firm or even outside the firm.

Depending on the path cultivated, some families have listed their firms on publicly-traded stock exchanges to raise capital to expand or to allow individual family members to exit the firm profitably. But going public can be a mixed blessing. While it can represent a short-term solution for family members who want cash out of the business, it can also result in unexpected consequences for family members who want to play a management role in the family firm. In a worst-case scenario, the family can lose ownership of the firm in the wake of a hostile takeover.

An example of a firm going public resulting in loss of ownership and control was the nearly two-century-old Cadbury, a once well-admired UK family-owned firm that went public in 1962. More than 50 years later after becoming the largest confectionary company in the world, Cadbury was bought in 2010 by Kraft Foods for £10.2 billion in a hostile takeover battle. Driven by institutional investors who saw a quick way to make money, the acquisition was described by two former Cadbury family members and chairmen, Sir Adrian and Sir Dominic, as ‘a tragedy’.[²]

Part of the reason the Cadburys were so overwhelmed was because the acquisition ran contrary to the values of the Cadbury family, which were based on Quaker beliefs. However, the final exit and sale of Cadbury was a natural consequence of choices made by family executives over time. To finance ambitious growth, they had allowed the family ownership to diminish; thus, in the end, Cadbury could scarcely be called a family-controlled company.

Family-owned firms that grow beyond the first and second generations often face an unexpected challenge, especially when the founder has left the company or has died and yet the family still exercises considerable control. Members of such family firms can no longer fall back on the unique family assets that were once embodied in the founder as those assets may have lost their potential for growth. When members are no longer making strategic contributions to the firm, no matter how strong the family control over it may be, they often hire external managers.

For this change in management to succeed, the family needs to erect sound corporate governance practices. In so doing, the family avoids setting traps that often cause professional managers to fail in their duties. Examples of such traps are: the external manager being outmanoeuvred by other family members; being pushed into a corner of diminishing responsibilities; being seen as a stand-in for the real decision-makers in the family.

If families decide to expand under the guidance of external managers, family members need to place responsible limits around their new ownership role. This can mean creating an environment in the boardroom where the big decisions are made by the family members, while the day-to-day operating decisions are made by the external managers who retain the freedom to do so.

“Through times of economic crisis and market turmoil, through periods of growth and prosperity, the family that sticks to their long-term plan is a family that has a solid and sustainable foundation”

On the other hand, family members are right to take precautions. Some external managers think they are being brought in as turnaround CEOs. They come to the table thinking that the unique family assets, the fundamental values and traditions of the firm, are nothing more than obstacles to their job in growing the company their way. If left untouched, these external managers will lose all respect for what has been created and developed by the family and they will remain focused entirely on the failures. They do so in the mistaken assumption that the family wants them to remake the firm with a completely different identity. In so doing, they can permanently destroy the relationship that the family once had with the firm.

If families need to bring in external management as a sustainable solution to their long-term challenges, then these managers should share the fundamental visions that the family has. It sounds like easy criteria to fill, but, needless to say, family members who have become less involved with the firm over time should not downplay the importance of the family inheritance embedded in it.

Taking the family firm to the next level

Founders of family firms can have a far more positive influence on their successors if they engage in long-term planning. By establishing a tangible plan, founders can create conditions where their firms move forward generation, after generation. Through times of economic crisis and market turmoil, through periods of growth and prosperity, the family that sticks to their long-term plan is a family that has a solid and sustainable foundation. 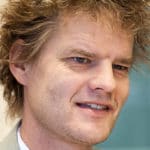 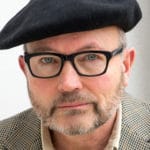 Getting your ducks in a row for the next CEO