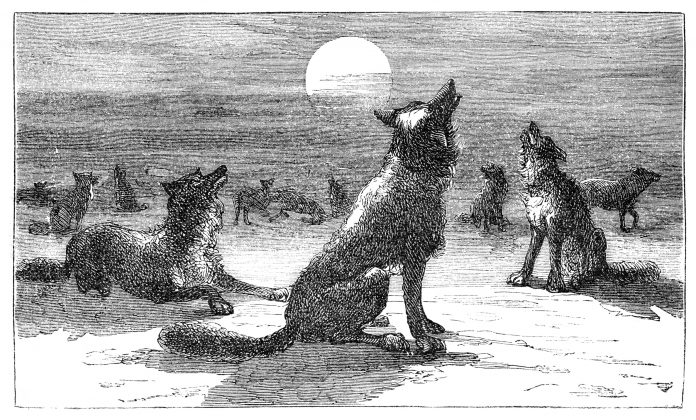 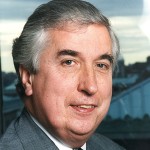 By Professor John Coffee, the Adolf A. Berle Professor of Law at Columbia University Law School and Director of its Center on Corporate Governance.

It is an understatement to say that hedge fund activism is on the rise. In truth, hedge fund activism is today on steroids. In principle, this could be a positive development, as greater managerial accountability is usually desirable. But there is also a darker side to activism, as two examples will illustrate.

First, a single activist fund (Trian Fund Management), owning only 2.7 per cent of DuPont, has begun a proxy fight to break up that iconic firm, even though DuPont has regularly outperformed the S&P 500 index and virtually all other metrics of corporate profitability. If successful, the gains to shareholders may only be wealth transfers from bondholders, employees and other constituencies. This desire to break up firms (to realise the ‘negative synergy’ of their various components, standing alone) is a hallmark of contemporary activism.

Another hallmark is the desire to impose ‘investment-limiting’ constraints on management that restrict them from making long-term investments (typically in research and development but also other capital expenditures). Here, the leading example was the alliance formed last year between Pershing Square Capital Management, the largest of the ‘activist’ funds in the US, and Valeant Pharmaceutical International Inc to seek to acquire Allergan Inc, a major pharmaceutical company.

Valeant’s motivation could not have been clearer. It is a ‘serial acquirer’ that buys pharmaceutical companies with established products and then cuts to the bone or eliminates their research and development budget in order to maximise the cash flow from their established products. Although most large pharmaceutical companies spend 20 per cent or so of their revenues on research and development, the Wall Street Journal reported that Valeant spent only 2.7 per cent of its $5.77 billion in revenues in 2013 on R&D. Valeant wanted Allergan for one product – Botox (a wrinkle-erasing medication). When it made its merger proposal, it announced that, on a combination of the two firms, it would cut combined R&D spending by 69 per cent and combined employment by 20 per cent (or well over 5,000 jobs). In effect, it wanted to turn Allergan into a Botox cash cow that it would milk.

When pharmaceutical companies cut back drastically on research, new drugs do not get developed and lives will likely be lost. From the perspective of financial economics, this is desirable because managements are thought to be chronically devoted to ‘empire building’. Thus, both economists and hedge fund activists agree that ‘investment-limiting’ interventions by activists are efficient because they force target companies to reduce capital investments and instead increase their payout to shareholders through dividends or stock buybacks. Harvard law professor Lucian Bebchuk, a leading proponent of hedge fund activism, has shown that a significant percentage of contemporary activist interventions falls into this ‘investment-limiting’ category.

In 2014, according to FactSet Shark Watch, the US saw some 343 ‘interventions’ by activist funds, seeking to change management policies at public companies – up over 1,000 per cent from a decade earlier. Whether these interventions will improve corporate profitability over the long-term remains uncertain, but this pressure is likely shortening investment horizons, increasing leverage and deterring investment in research and development. From a perspective focused on corporate ethics, this trade-off is unsettling. It suggests that in the ongoing transition now seemingly underway in the US, from a ‘board-centric’ system of corporate governance to a ‘shareholder-centric’ system, there are costs as well as benefits.

“A desire to break up firms (to realise the ‘negative synergy’ of their various components, standing alone) is a hallmark of contemporary activism”

The tension between shareholder wealth maximisation and corporate social responsibility is long-standing, but there is a new dimension: new means have become available by which to compel boards to focus only on shareholder welfare. In the US ‘wolf packs’ of activist hedge funds – loose associations that do not trigger a disclosure obligation under current law – can assemble virtually overnight and with little advance disclosure, to announce proxy fights to oust boards that resist their demands.

The next step may be hostile takeovers. The Pershing Square/Valeant alliance was a new organisational structure – a marriage of convenience between an activist hedge fund and a strategic bidder. Valeant entered into a ‘co-bidder agreement’ with Pershing Square and then Pershing Square bought 9.7 per cent of Allergan (which gave Pershing Square a $1 billion dollar book profit on the day that Valeant later proposed a merger with Allergan). Although Valeant’s bid was ultimately topped, this only increased the profit for Pershing Square (and the desire of hedge funds generally for future similar alliances).

A sceptic might say that Valeant tipped Pershing Square and all this just amounted to unlawful insider trading on a tender offer, which violates a special Securities and Exchange Commission (SEC) rule known as Rule 14e-3. But lawyers for Valeant and Pershing Square insisted that because Pershing Square was a ‘co-offering person’, there was no illegality. Yet, why Pershing Square was entitled to describe itself as a ‘co-bidder’ is unclear. It did not join in Valeant’s bid; nor did it intend to hold the Allergan shares it bought for the long-run. It did agree to make an investment in Valeant, to hold the Allergan shares for up to one year and to tender these shares to Valeant at the merger price (unless there was a higher bid by a third party). But all this can be viewed as simply the price Pershing Square paid for Valeant’s very valuable tip.

Allergan in fact sued, claiming that this was unlawful insider trading and the federal court hearing the case, although ultimately unwilling to enjoin the transaction, did find that there were ‘serious questions’ about the lawfulness of this agreement, seemingly signalling that it did not accept the hedge fund’s claim that it was simply a legitimate ‘co-bidder’. In the aftermath, transaction planners are looking for newer, legally safer ways to structure similar relationships between strategic bidders and activist funds. If they can find them the pace of change will quicken and proxy fights may give way to hostile tender offers.

Such alliances are problematic on a number of grounds. Among the losers are the shareholders who sell to the hedge funds in the days before a proposed merger or takeover bid is announced. In Europe, such trading would likely amount to insider trading, but in the US it does not (except possibly in the special case of a tender offer). To date, the SEC has sat on the sidelines, declining to take any position on whether the Pershing Square/Valeant alliance was lawful. That has become their standard position: to duck controversy whenever possible.

So where are we left? Shareholder activism is legitimate but so too are judgements by boards that there is long-term value in developing new products and services. As the balance of advantage shifts towards shareholders in this tug of war, corporate behaviour will change and is demonstrably changing in the US. The quest to realise ‘negative synergy’ by breaking up established and profitable firms, whether DuPont or Allergan, will disrupt companies, transfer wealth to shareholders from other constituencies and possibly institutionalise insider trading. The economist will view this as the ‘creative destruction’ of capitalism, but the ethicist may fear that a broader vision is lacking. As a first step, greater transparency is needed and that requires the SEC to act.

Professor John Coffee is the Adolf A. Berle Professor of Law at Columbia University Law School and Director of its Center on Corporate Governance.

Solving the problem of short-termism