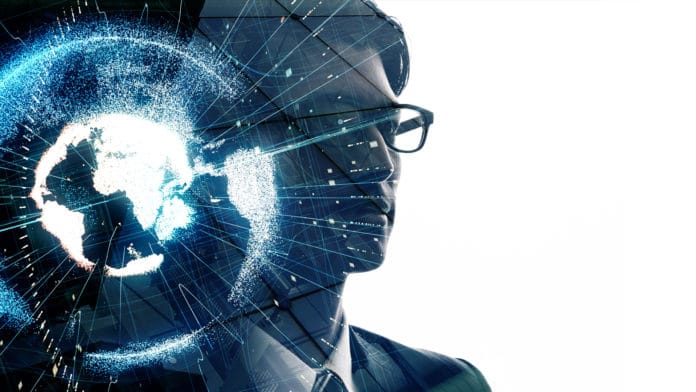 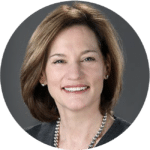 Over the last decade, we have grown to appreciate how constant disruption continues to impact the role and influence of leaders.

As markets change and expectations shift, CEOs are now finding themselves in a job that is much more complex, much more demanding and much more visible than ever before. Given the dynamics of most recent years, we also appreciate that the size and scope of the CEO position will only stand to evolve and expand at an accelerated pace. And in this time, the profile of top-performing CEOs has revealed itself in some profound ways

Without question, CEO succession is one of the most important responsibilities of board governance. In fact, preparing an organisation for leaders, now and in the future, is as critical for board members as knowing the strategic imperatives and opportunities for a company. One, after all, cannot happen without the other.

A seamless CEO transition, however, will depend on how well board members understand the leadership talent that exists both within the business and the marketplace. As seen in recent years, the CEO role is one with potential to create meaningful and positive impact on organisations, industries, and even beyond, –to the entire ecosystem. In the same vein, the position of CEO can be one of destruction when in the wrong hands, without the right capabilities and mindset.

This is because a CEO’s impact truly extends beyond the boundaries of his or her organisation, requiring a new type of leader at the helm. Through our own work on leadership, we have witnessed a real shift in the profile of the most successful CEOs – one that is inherent, regardless of industry, company size, geography, or public/private composition. And we have grounded this work in research that uncovers not only the key experiences and competencies of top CEOs and other C-suite executives, but also their qualities and breadth of influence on growth and change.

We have also seen, in our work with boards, some emerging trends that are driving changes in both the CEO profile and the business landscape. To better understand how important and prolific these trends might become, we launched a multi-regional study that would offer a global perspective on the role of the emerging CEO. We interviewed more than 250 directors and CEOs of large public and private companies to learn what issues are paramount and how the CEO role has evolved – and will continue to evolve – to create the kind of impact business and society need and desire. 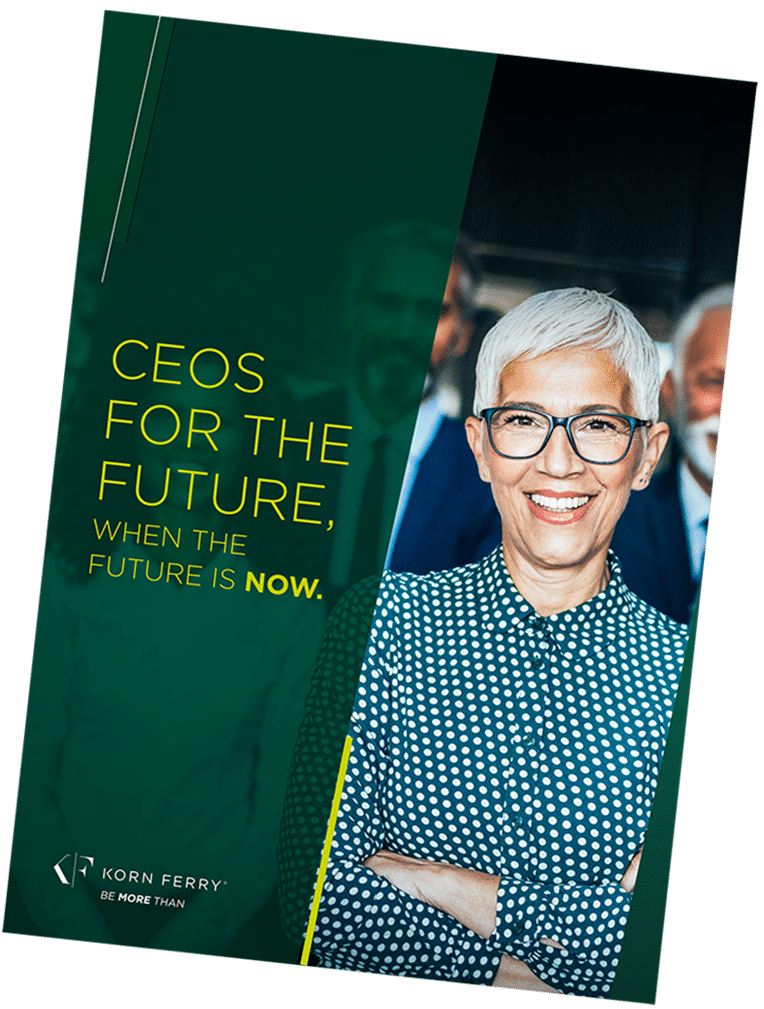 Our study, The CEO of the Future, has revealed meaningful differentiators between the CEO of the past and the CEO of tomorrow – and even of today.[1] Specifically, our research found that best-in-class CEOs are courageous leaders whose mindsets and experiences transcend borders and interests in order to serve both the entire enterprise and the entire ecosystem in which they operate. These are not only the CEOs of the future, but the CEOs for right now.

Highly effective leaders now and into-the -future leaders embrace both their own humanity and emotional intelligence as they navigate the seemingly paradoxical contradiction of driving performance while simultaneously transforming the business for continued success and impact. They see their role as CEOs of diverse and dynamic communities, not simply companies. As such, even though these men and women are clearly oriented to deliver results, they have come to understand that successful performance is not only defined in terms of business outcomes, but also how the business positively impacts the broader ecosystem within which it operates. The health of one is directly tied to the other. Said another way, these highly effective CEOs connect purpose, performance and impact collectively, one with another as a guiding force.

“Our research found that best-in-class CEOs are courageous leaders whose mindsets and experiences transcend borders and interests in order to serve both the entire enterprise and the entire ecosystem in which they operate. These are not only the CEOs of the future, but the CEOS for right now”

Even if we did not believe this to be true before, the global pandemic alone has revealed this fundamental truth. As a result, inspiring courage, resilience, followership and trust both from within and across the ecosystem, in addition to productivity, has now become a fundamental responsibility of CEOs.

Amid change and disruption, these CEOs have insatiable appetites for learning. They view change and disruption as an opportunity to reflect, innovate and transform. At the same time, the CEOs of today and tomorrow do not pretend to know or have all the answers. They see vulnerability as a source of courage and open mindedness. These men and women are creating environments of healthy debate and dialogue, in which the best answers can be identified and understood, not shut down for being different or creative.

As such, the best-in-class CEOs are, at their core, inclusive leaders who seek to unleash the collective energy of their workforce to create and contribute together, not just as parts of a business, a function or a geography. 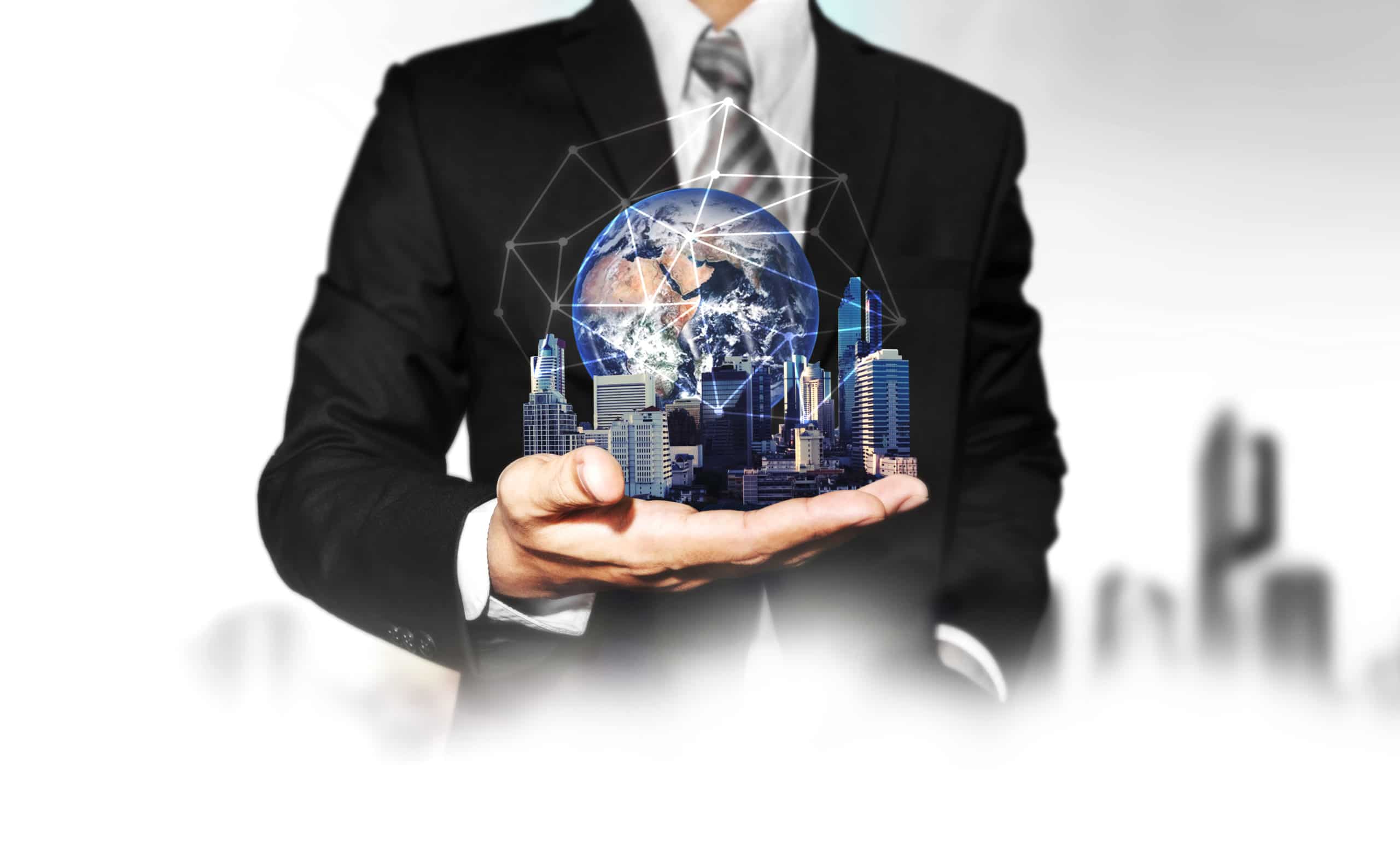 Working With a Team

By embracing all people with a sense of purpose and influence, these leaders create a level of followership and engagement that, in and of itself, drives sustainable results. Purpose plus performance creates real and sustainable impact.

To be a truly effective ecosystem leader, a CEO must surround themselves with a team who also serve as enterprise leaders, not in form or title, but in mindset. The most impactful senior teams are comprised of executives who, like the CEO, think about impact both across and beyond the enterprise. And, like the CEO, each member looks outside of their own area of expertise or function in order to serve and create value for the entire organisation and its entire ecosystem. These leaders have not only the capacity to perform and transform, but also, even more importantly, the agility to know when to pivot between the two.

The disruptive challenges we face in today’s world have never been so constant, so relentless, and so global. Digital transformation, economic upheaval, public and global health crises, environmental change, social unrest, all of these are fundamentally interconnected. All of these issues require a modern type of leader who understands and embraces this truth.

Moving forward, the most successful CEOs will be agile and purpose-driven, demonstrating a keen ability to both run the business and change the business. Equally as important, these CEOs focus not only on business goals, but understand the interconnectedness of the world around them and how they can contribute to making a lasting difference. Better leaders for a better world.

Based in Chicago, Tierney Remick is the vice chairman and co-leader of Korn Ferry’s Global Board and CEO Practice. She was asked to step into this position having spent 10 years as the global president of Korn Ferry‘s consumer/retail industry practice. She also served on Korn Ferry’s global operating committee for 10 years. Remick is a seasoned executive who partners with boards and CEOs on managing leadership succession in both the boardrooms and the C-suite. She has extensive experience recruiting board directors and CEOs for both large, global publicly traded corporations as well as more nimble privately held and investor-backed companies. She is recognised for identifying modern leaders who can be most effective at driving transformation and growth in today’s dynamic global marketplace.

Getting your ducks in a row for the next CEO