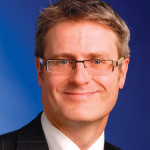 The current spate of regulator- imposed sanctions in the financial sector and, more widely, missed earnings projections have caused the spotlight to fall once again on corporate governance and, in particular, on the role of the non-executive director. The array of governance reforms of the last decade has systematically extended the role of the non-executive director. Many might argue that the jury is still out as to how effective such reforms have been. Nevertheless, in the light of the media attention currently directed at non-executives, it is opportune that their role effectiveness and the expectations placed upon them be appraised.

They are normally appointed to the board primarily for their contribution to the development of the company’s strategy and to provide valuable expertise not otherwise available to management. However, non-executive directors have a control or monitoring function, too – and it is this part of their role that is perceived to be in need of attention if confidence in the capital markets is to be restored. Since the governance failures at the beginning of the millennium, some governance commentators have called for tighter ‘rules’ on independence; a restriction on the number of directorships held by a single individual (which we now have in the financial sector); investor participation in the selection and appointment of non-executives; and mandated meetings with significant shareholders.

There may be merit in each of these suggestions, but the temptation to introduce a system of rigid rules should be resisted. Effective non-executive directors cannot be conjured out of thin air simply by ticking the right boxes. In the US there have for a long time been specific rules to determine the independence of non-executive directors but it is questionable whether these have had any real impact on the effectiveness of US boards.

Clearly, dynamic leadership is important but this must be tempered by proper control. If non-executive directors are to provide meaningful protection for investors, they must be in a position to challenge the executive management and draw sufficient attention to dubious practices – even in apparently successful companies. To do this, non-executives must be diligent, truly independent and knowledgeable. But what does this mean in practice?

While independence is above all concerned with the integrity of the individual in question, it is not unreasonable to suggest that financial ties, whether personal, business, political or philanthropic, threaten the independence of non-executive directors and therefore their motivation to actively challenge management. But, rather than simply meeting some checklist of independence criteria, it is imperative that non-executive directors are able in practice, not just in theory, to express views to the board that are different from those of the chief executive officer and be confident that, provided this is done in a considered way, they will not suffer.

Even those boards that comprise vigorously independent non-executive directors will prove ineffective unless such directors have both access to, and an understanding of, all the relevant information. In an age of ‘smoke and mirrors’, where financial transactions, accounting standards and incentive arrangements are becoming increasingly complex, it is no longer possible for non-executive directors to operate effectively by relying on what is put before them. They must seek ways to address the risks associated with information asymmetry head on, ask tough questions and make sure they fully understand the answers.

The skills and experience of board members is important and there is a strong business case that boards perform better when they include people of sufficient stature and independence from a range of perspectives and backgrounds. But this is not just about gender and observable characteristics of diversity – important though they are – it is also about the richness of the board as a whole, the combined contribution of a group of people with different skills and perspectives to offer different experiences, backgrounds and lifestyles and who together are more able to consider issues in a rounded, holistic way and offer an attention to detail that might not be present on non-inclusive boards.

“It is imperative that non-executive directors are able in practice, not just in theory, to express views to the board that are different from those of the chief executive officer”

Audit committee members, for example, must have expertise or access to expertise that goes beyond mere familiarity with financial statements. They must be able to understand the rules and more importantly, the principles that underpin the preparation of financial statements. They must be prepared to invest the time necessary to understand why critical accounting policies are chosen, how they are applied,and satisfy themselves that the end result fairly reflects their understanding. Similarly, remuneration committee members must set themselves high standards and be seen to live up to them. They should ensure that they fully understand the contribution of each director, the market place for talent and how remuneration is linked to the sustained success of the business rather than simply thinking about pay in the context of recruitment and retention.

Of course, the level of diligence required in an increasingly demanding corporate environment may mean non-executive directors need to devote a greater amount of time to their role and this may mean both higher compensation than at present and accepting fewer non-executive appointments – but this does not mean that there should be a prescribed limit to the number of roles a non-executive can hold. What is appropriate in one scenario will not be appropriate in another.

If non-executives are to contribute fully, then boards need to devise procedures to encourage the selection and retention of individuals who are dedicated and willing to devote a substantial commitment of time and energy to their responsibilities. Such procedures might include the development of a written statement addressing the skills, experience, diligence and time commitment the board expects – all based on the future strategy of the company, not the status quo.

The chairman of any board should ensure that all board members (not just the non-executive directors) continually update their skills and the knowledge and familiarity with the company required to fulfil their role both on the board and on board committees. The company should provide the necessary resources for developing and updating its directors’ knowledge and capabilities but individuals also need to use their initiative and take whatever steps necessary to stay up to speed on the key issues. This might include formal professional development but also perusing social media, ‘walking the floor’ of the organisation and meetings with key shareholders.

Finally, there is the small matter of board evaluation – a formal and rigorous exercise designed to recognise the strengths and weaknesses of the board and the contribution of board members. Recently, I have looked in more detail at why the UK Corporate Governance Code provision setting out that the boards of FTSE 350 companies should be subjected to externally facilitated evaluation at least every three years has more in common with Schrödinger’s famous cat than you might think.

In conclusion, it is to be hoped that the ever-increasing pressure to extend, regulate and codify the role of the non-executive director does not give rise to a new round of ‘box ticking’ and a reduced pool of talent willing to take on the role. If any change is necessary, it must address the behavioural issues as the effectiveness of any non-executive director depends in a very large measure upon each individual’s initiative and exertion and cannot be achieved except by dint of hard work.

Timothy Copnell is the Chairman of KPMG’s UK Audit Committee Institute. Timothy qualified as a chartered accountant in 1989 and joined KPMG’s Department of Professional Practice in 1993 where he took responsibility for corporate governance matters and KPMG’s non-executive programme. His role includes advising on private sector corporate governance and responding to major UK corporate governance developments. In 2004/5 Timothy was awarded the Accountancy Age ‘Accountant of the Year’ for his work with audit committees. Timothy writes regularly for various publications and is the Author of the Audit Committee Guide (ICSA 2010) and Shareholders Questions and the AGM (ICSA 2007).

The art of board  effectiveness