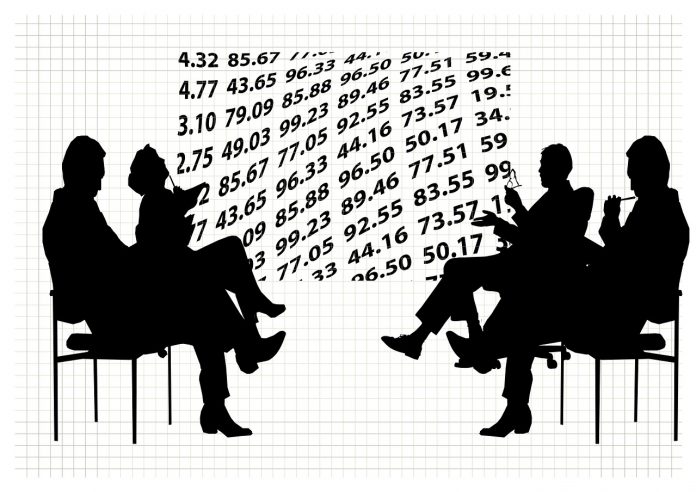 The 2007-2008 financial crisis and the collapse of the large American investment bank Lehman Brothers led to widespread public, media and political outrage over large CEO pay packages at Wall Street firms which were subsequently bailed out by taxpayers. In response the US Congress passed the Dodd-Frank law. In October 2013 regulations were announced as part of the Dodd–Frank Wall Street Reform and Consumer Protection Act that have mandated that the Securities and Exchange Commission change reporting rules to require the disclosure of certain corporate information. The disclosure stipulates that companies will be required to report a number of items – firstly, the median pay for all employees absent the CEO should be disclosed. Secondly, the CEO’s pay (which has previously been mandated as a required disclosure) should be disclosed. Thirdly the CEO pay ratio should be disclosed – the ratio between CEO pay to median employee pay.

The SEC’s regulation has been designed to ensure companies with publicly listed securities are required to disclose pay related information, with the aim of helping investors to determine the key facts of the company. The regulation should allow investors to accurately view the investment profile for the company with a clearer picture of the associated risks and rewards. Companies are already required to disclose the pay of the most senior executives but the new regulation will require a disclosure of median pay of employees in addition to those of senior executives.

The new requirement is centred on the concept of the ratio of CEO to median employee pay and should help investors identify companies with top heavy compensation policies. However, caution should be applied when considering the measure as the ratio calculation does not account for any normalizing for seasonal or part-time employees.

Some organisations are concerned the new ratio measure will unnecessarily add to the cost of the regulatory burden on companies and not leave the investor much better off for it. However, the SEC has since responded to these claims and has acted to minimize compliance costs. The SEC has given companies flexibility in the methods selected in calculating the total compensation of company employees with the goal of minimizing the cost to enterprises. For instance, companies could use statistical sampling, an option that has been recommended by the SEC to reduce compliance costs. The SEC has also announced that it will permit annualised figures for permanent employees, such as new hires, who might have worked a full year.

Many companies continue to argue that investors have little use for this information. These companies have cited a number of failed past attempts by shareholder activists to enforce the adoption of similar resolutions requiring the disclosure of CEO pay-ratios. Proponents of the ratio disclosure requirement have argued that the shareholders and stakeholders of public companies have a right to be informed about the CEO pay multiples so that they are able to ascertain if the CEO pay is reflected in CEO performance. The point is to create an increasingly fair and more transparent corporate environment for investors. The CEO pay ratio disclosure will provide a valuable and broader perspective for all interested parties with regards to executive compensation decisions.

A recent study and published report by the Institute for Policy Studies, which looked into data on the top earning CEOs over a 20-year period, found that the companies that collapsed or received government bailouts held 112 of the top 500 top CEO pay slots. In particular the study also found that the pay gap between CEOs and the average US worker has increased substantially from 195-1 in 1993 to almost double at 354-1 in 2012.

Nonetheless, compensation consultants have firmly expressed warnings about drawing extrapolated conclusions based on pay ratios, even among directly competing companies – citing the fact that certain factors such as a company having a workforce with a larger proportion of lower-paid employees, or one that has significant overseas operations in lower-paid geographies, may have a pay ratio that suggests a greater disparity in pay than other employers even where the CEO compensation is actually less. This is one area where there are especially strong sentiments from both opponents and proponents. Listed companies will have no choice but to comply with the legal requirement but only time will tell if investors gained any value from the change in regulation.