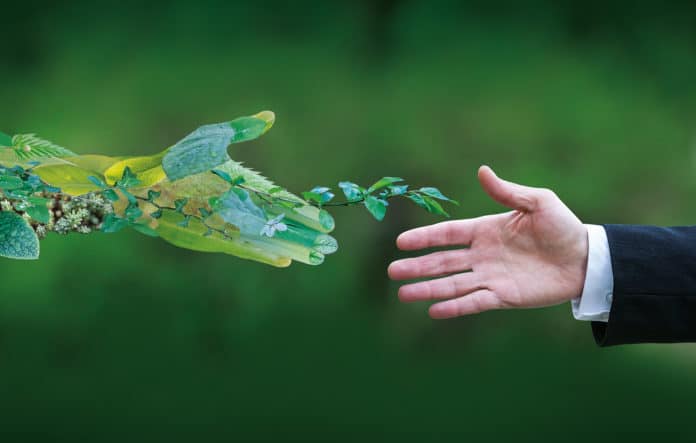 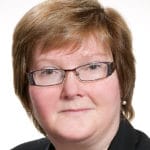 Our changing environment has frequently made headlines in the past 12 months, with extreme weather from a Europe-wide heatwave to record droughts in Cape Town and hurricanes and wildfires in the Americas.

These events cost business billions of dollars and made it abundantly clear that climate risk has firmly arrived as a material risk for boards to manage. But climate is not the only sustainability risk to arrive on the agenda of boards. There are a number of indications that corporate practices to promote diversity and support the UN’s Sustainable Development Goals will also come under the microscope in 2019. Here are five things boards may need to look out for this year.

The COP24 climate talks in Poland’s coal capital Katowice put climate risk front and centre as 2018 drew to a close. David Attenborough opened the conference with a stark warning that climate change is humanity’s greatest threat in thousands of years. And the message did not fall on deaf ears as political and business leaders then etched out a 150-plus page rulebook on how to achieve the Paris Agreement.

Perhaps the key action point for corporate leaders in 2019 is to consider undertaking a climate scenario analysis for their organisation. This is one of the key recommendations of Mark Carney and Michael Bloomberg’s Task Force on Climate-related Financial Disclosure (TCFD), supported by banks and investors managing more than $86.2trillion, this asks companies to stress test their long-term business resilience in, among other scenarios, a 2°C global temperature rise.[1]

On the topic of climate-conscious shareholders, we can also expect AGM season to be full of climate resolutions. For instance, in the oil and gas sector, over the past four years, votes for climate shareholder resolutions have doubled.[2] With the UN’s Intergovernmental Panel on Climate Change warning in October that we have only 12 years left to limit a climate change catastrophe, a line has been drawn in the sand and climate risk will surely feature heavily at AGMs in the spring.[3]

As the fight against climate change intensifies, businesses are increasingly doing their part by ramping up low-carbon investment and striving for greater energy efficiency. A recent report found that efficiency gains will drive approximately 50 per cent of the changes needed for a timely transition to a sustainable future under the 2°C scenario outlined in the Paris Climate Agreement.[4] While most companies report greenhouse gas (GHG) emissions as well as water use and waste metrics, fewer are reporting on energy use. Thus, we expect initiatives, such as EP100, which calls for 100 companies to double their energy productivity – generating twice as much economic output for every unit of energy consumed – by 2030, to gain considerable support this year.[5] Furthermore, we expect a rise in explicit board and executive leadership responsibility, oversight and accountability for eco-efficiency in 2019.

A growth in companies adopting Science Based Targets (SBTs) – i.e. tough emission reduction goals that align with the Paris Agreement – are also likely to be a feature of 2019. Already 500 companies have adopted these targets and the impact of bodies, such as the investor-led Transition Pathway Initiative, are ensuring that green targets set by companies can no longer be arbitrary but need to align with climate science if they are to be future-proofed against potential changes in environmental legislation.[6]

Promoting diversity within companies and respecting human rights is not just the right thing to do, it also helps firms’ performance. A McKinsey study found that companies with the most ethnically diverse executive teams are 33 per cent more likely to outperform their peers on profitability.[7] At the board level, too, McKinsey found that high levels of cultural diversity are correlated with greater likelihood of above median profitability.[8]

There has also been an increasing number of shareholder proposals on racial diversity, such as that filed at Google’s parent company Alphabet in 2018. This year could see more companies asked to link CEO pay with the achievement targets for gender and racial diversity among senior managers – driven by the success of a number of working groups, networks, and initiatives, such as the Thirty Percent Coalition which has helped push the percentage of women directors in the S&P 500 up to 24 per cent.[9]

Meanwhile, respecting human rights is still not ‘business as usual’, but there are indicators of movement in the right direction. A report last year revealed that more companies than ever before are taking steps to address gaps in their human rights management.[10] Top-performing companies, such as Adidas, BHP Billiton, Marks and Spencer, Rio Tinto and Unilever, are demonstrating that integrating respect for human rights is neither impossible, nor detrimental, to the business model.[11] Rankings, such as the Corporate Human Rights Benchmark, are driving boards to bring in external support to improve their human rights performance, aligned with the UN Guiding Principles for Business and Human Rights. We expect to see this trend continue and hope it will help create a ‘race to the top’ among companies.

Expect to see more companies reporting against the Sustainable Development Goals (SDGs) in 2019. A UN report last year, highlighted that progress is not moving fast enough to meet the ambitious 17 goals on poverty, health and equality by 2030.[12] And a call by UN Chief António Guterres to ‘inject a sense of urgency’ has got alarm bells ringing and should spur action.[13]

For instance, we are seeing an increasing number of food companies aligning their sustainability aims and objectives with SDG 3: Good Health and Well-being.[14] However, the publication last year of the Access to Nutrition Index cast light on the fact that the 10 largest US food and beverage manufacturers – which generate an estimated $160billion in domestic sales – lack the policies and action needed to tackle the high levels of obesity and diet-related diseases in the United States.[15] Such findings will hopefully cause more companies to improve on their impact in this field.

5. Bringing expertise, resources, policies and mechanisms for effective board oversight

A recent survey conducted by Board Agenda, supported by Mazars and INSEAD, found that while boards might have a good understanding of the sustainability risks and opportunities, it concludes that ‘leadership teams are still grappling with how to build the right policies and information to ensure they are meeting the challenge head-on’.[16] In 2019, boards must address the gaps found by the survey with only one in five having a committee or non-executive with dedicated responsibility for sustainability and only one-third of the responders agreeing that sustainability measures are integral to determining the performance and compensation of executive directors.[17]

Ultimately, there are material, as well as moral, reasons for boards to tackle issues like climate, diversity, human rights and the achievements of the SDGs in 2019. It is more important than ever that companies rise to the challenge of building sustainable capital markets in 2019 with explicit responsibility at the board level, bringing expertise, more resources and mechanisms to bear, and linking sustainability to performance goals and compensation.

The information in this article should not be considered a recommendation to buy or sell any security.

Lauren Compere is a Managing Director and the Director of Shareowner Engagement at Boston Common Asset Management, a majority-employee-owned and woman-led investment management firm specialising in U.S. and international responsible investing. Ms. Compere heads Boston Common’s shareholder engagement program. She has worked in the responsible investment industry for almost 30 years and has 17 years of experience in global responsible investing. She is a frequent speaker at industry conferences in the US, Europe, and Asia and a guest contributor to the Huffington Post and Medium.
Ms. Compere sits on the Governing Board of the Interfaith Centre on Corporate Responsibility (ICCR) and previously served as Treasurer. She also sits on the board of the Access to Nutrition Foundation (Netherlands).  In addition she serves on the Steering Committee for the Investor Alliance for Human Rights (an ICCR project), the Business Ethics and Systemic Risk Committee for the International Corporate Governance Network (ICGN) and was previously a board-alternate for the Global Network Initiative. Ms. Compere was Co-Chair of the Emerging Markets Disclosure Project (EMDP) and co-lead for the EMDP Korean team (2009-2012). 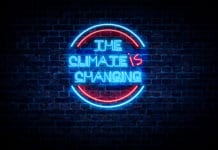 ESG in times of crisis and beyond