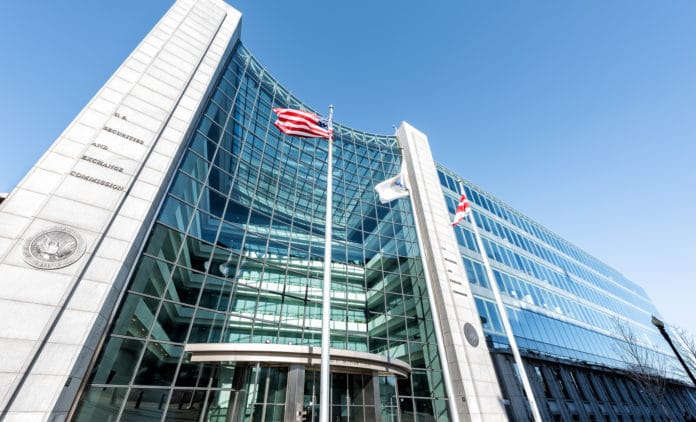 The public comment period for two of the most potentially impactful rulemaking proposals from the US Securities and Exchange Commission (SEC) in recent history came to a close in early February.

Hundreds of comments were submitted by stakeholders across the investor, governance and issuer communities on proposed changes to rules governing shareholder proposals and regulating proxy advisors. How these comments will impact the final form of the SEC’s proposed rules remains to be seen, but what is clear is that any rulemaking on these topics has the potential to significantly alter fundamental aspects of the corporate governance landscape, possibly in unintended or unpredictable ways.

The genesis of this rulemaking dates to 2010 with the publication of the Concept Release on the US Proxy System, an SEC review of the US proxy voting system, including the integrity of the voting process and the role of proxy advisory firms. The ‘proxy process’ review was reinvigorated in 2018 by current SEC chairman Jay Clayton, who held a roundtable in November of that year to discuss proxy advisors, shareholder proposals, and proxy voting mechanics and technology. In August 2019, the Commission took further steps by providing an interpretation and related guidance that proxy advisor advice generally constitutes a ‘solicitation’ under federal proxy rules as well as guidance on the responsibilities of investment advisors with regard to proxy voting.

The two proposed rule amendments build upon and, in some instances, supersede the SEC’s prior actions. For shareholder proposals, the new rules would raise ownership thresholds for submitting proposals and require greater support for proposals to be eligible for submission in future years.

As proposed, the new rule would replace the ownership requirement to submit a shareholder proposal from $2,000 or one per cent of a company’s securities for one year to a sliding scale. A shareholder would be able to submit a proposal if they held $2,000 worth of a company’s stock for three years, $15,000 worth of stock for two years or $25,000 worth of stock for one year, under the new proposed rule. The rules would also raise the vote requirement for a shareholder proposal to be eligible for resubmission from current levels of three per cent, six per cent and 10 per cent of votes cast for matters voted on, respectively, once, twice or three or more times in the last five years to thresholds of five per cent, 15 per cent and 25 per cent, respectively. In addition, it would prohibit certain proposals from resubmission if the proposal has been voted on three or more times in a five-year period and it has received over 25 per cent support, but hasn’t received majority support, and experienced a decline of 10 per cent or more compared to the immediately preceding vote.

For proxy advisors, the SEC’s proposed rules would codify the interpretation and guidance provided in August by the Commission that furnishing proxy voting recommendations, research and analysis is considered to be engaging in proxy solicitation which would have the effect of treating proxy advisor reports as solicitation materials. This would mean that proxy advisors would be subject to the same anti-fraud provisions relating to false and misleading information applicable to other entities that file solicitation materials, such as corporate issuers and shareholders.

In addition, the proposed rule would revise the requirements that proxy advisors need to fulfil to be granted exemptions from the information and filing requirements of the proxy rules. This includes providing additional disclosure of material conflicts of interest in proxy advice, as well as requiring that issuers and those who are soliciting votes (such as an activist investor) would have two opportunities to review and provide commentary on proxy advisor reports prior to issuance. The first review period would be related to when the company files its proxy and the other would be a final review prior to when the proxy advisor sends reports to its clients. This differs from current practices in which ISS provides a draft proxy report to S&P 500 companies for review prior to publication while Glass Lewis makes available a review of the data in its reports to all issuers.

Implications for investors and issuers

Some of the more prominent investors who have submitted comments to the SEC on the proposals have characterised them as limiting shareholder rights. While the proposed rules may change the current dynamics around proxy advisors and shareholder proposals, they could have an even broader impact.

For example, if investors feel that their ability to influence companies through the shareholder resolution process is curtailed, they may be encouraged to turn with increasing frequency to the convening power of investor coalitions, such as the Climate Action 100+ or the Human Capital Management Coalition, which seek to effect change through collective engagement, letter writing and vote campaigns. In the absence of an opportunity to vote on shareholder proposals, investors may be more inclined to launch vote campaigns against directors and/or vote against other proposals on the ballot to express their views. And, if fewer shareholder proposals make it to the ballot, asset managers may come under increased pressure to better demonstrate to asset owners (their source of capital) their commitment to stewardship through support for those proposals or enhanced disclosure around their engagement efforts, particularly in instances when they decline to support shareholder proposals.

“If investors feel that their ability to influence companies through the shareholder resolution process is curtailed, they may be encouraged to turn with increasing frequency to the convening power of investor coalitions”

The proposed changes may have impacts on other elements of the voting process. The SEC’s proposed guidance may prompt proxy advisors to take a more rigid approach to following stated guidelines rather than taking a more case-by-case approach to evaluating management and shareholder proposals. Certain investors with more limited resources to dedicate to proxy voting and analysis may take a similar approach.

The requirement for proxy advisors to provide two opportunities for review of their reports prior to publication may delay final publication of the reports, which would give investors less time to review reports prior to the vote deadline. This could limit issuers’ ability to engage with investors to seek to resolve concerns or answer questions that may allow an investor to make a case-by-case decision or override existing voting guidelines. In addition, the proposed rules place issuers and investors conducting non-exempt solicitations (e.g. activists conducting a proxy contest) on equal ground with regard to their ability to review and append responses to proxy advisor reports, a right that previously neither party had been granted.

The final form of these proposals is now being considered by the SEC. While some of the new requirements are slated to be subject to a one-year transition period following publication of final rules, the new rules would be implemented at a time when shifts in investor behaviour have already begun to impact the corporate governance landscape. In recent years, many large institutional investors have sought to differentiate themselves by building out their stewardship and proxy voting teams, investing more resources in research and voting processes and creating their own models to better assess issuers’ governance, compensation and sustainability practices.

A recent example of this can be found in BlackRock’s dual 2020 letters to CEOs and its clients in which the asset manager identified specific actions it will take in its investment and stewardship activities to prioritise sustainability. Many companies have responded to this broader shift by enhancing their practices and disclosure on ESG and other topics to ensure that they stay on the frontfoot with their investor base and other stakeholders. It is in this context that the SEC’s proposed rules will be implemented, with wide-ranging and potentially unpredictable outcomes for investors and issuers alike. 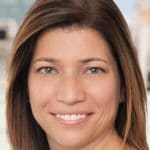 Allie Rutherford is a Managing Director at PJT Camberview. Ms.Rutherford has over two decades of corporate governance experience and has advised companies on a range of governance, sustainability and proxy voting matters. She previously served as Director of Corporate Governance at EY Center for Board Matters. 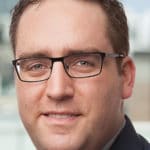 Eric Sumberg is a Director at PJT Camberview. Mr. Sumberg has over a decade of corporate governance and communications experience. He previously served as Communications Director for New York City Comptroller Scott M. Stringer