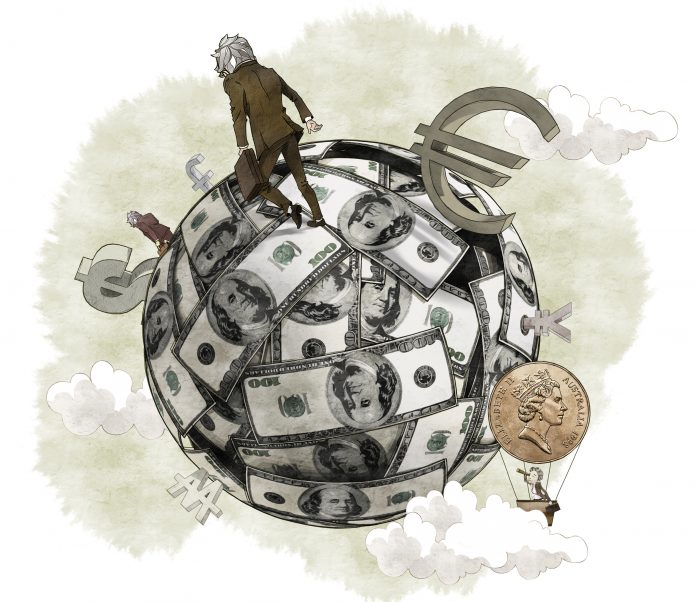 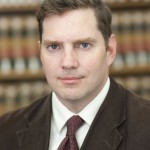 This is the era of the activist investor. Although investors prize different things – a hedge fund may seek to force a spin-off or reduce cash reserves, while a public pension fund may seek corporate governance changes – as a group, shareholders have never been more active and aggressive in seeking to influence change. It is perhaps because of this activism that the relative lethargy of other shareholders becomes more pronounced.

Most long-term investors recognise the importance of corporate governance and seek to make their voices heard through informed proxy voting and constructive engagement. Some of this interest is due, no doubt, to the fact that many jurisdictions consider that institutional investors owe a fiduciary duty to their clients and are compelled by law or adherence to governance codes to at least vote proxies in the best interests of their beneficiaries. However, many also engage in corporate governance because they believe that appropriate governance structures will both help protect against downside risks and promote long-term value.

Any large company will also have a significant number of shareholders who will not spend resources in pursuing corporate governance measures. These passive shareholders have a powerful inertial effect on corporate governance. They do not engage with companies, and may even ignore their voting rights. For many small shareholders, this may be a perfectly rational economic decision. Investors holding relatively few shares, including so-called ‘mom and pop’ shareholders, may believe that their vote makes very little difference in the outcome and that the costs of informing themselves on the various issues outweigh any potential benefits of engagement. Furthermore, unlike with political voting, there is no sense of duty or patriotism to overwhelm the economic cost-benefit analysis.

“Passive shareholders have a powerful inertial effect on corporate governance. They do not engage with companies, and may even ignore their voting rights”

Completely passive shareholders are deadweight shareholders. Rather than providing active monitoring – even through normal shareholder voting – their inertia allows underperforming managers to entrench themselves, particularly where a weak market for corporate control fails to provide an adequate disciplinary effect.

Apathetic individual investors are not the only deadweight shareholders, however. Investors holding much larger blocks of share are sometimes very passive and the largest class of such passive investors is sovereign wealth funds (SWFs). SWFs are generally defined as special purpose investment funds or arrangements that are owned by the general government and funded through natural resource revenues or current account surpluses. Although SWFs have only begun to garner significant attention within the last decade, many have been in existence and investing in developed markets for decades. According to some estimates, SWFs control nearly $7 trillion in assets—more than all hedge funds and private equity funds combined. 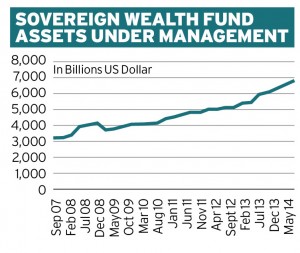 Engaging With The Board

Because this vast wealth is controlled by entities created and owned by sovereign governments, many observers have worried that SWFs would be used as political tools, rather than economic or commercial entities.

To help protect against this risk, many countries have laws that are designed to limit the ability of foreign investors to control domestic companies and particularly companies with a connection to national security. Ironically, with the high level of engagement by other institutional investors, shareholders may actually make it somewhat more difficult for SWFs to engage in corporate governance.

If companies and regulators expected that large institutional investors would simply vote with management or only vote with their feet—selling their shares if they were displeased with management—and that they would not directly engage with management, there would perhaps be less concern that SWFs might attempt to influence management. Because we now see many large institutional investors engaging with boards and managers, some worry that SWFs will take advantage of the current climate of engagement to camouflage activities that have a political edge, rather than economic purpose.

SWFs have thus hesitated to engage in governance because they do not wish to be seen as controlling shareholders or to stoke fears that a foreign fund (and especially a fund from a country that is not a close political ally) is telling a domestic private entity how to manage its affairs. In dereference to foreign investment regulations, most SWFs have either designed their investments to be passive by nature (by investments in non-voting equity like preferred stock, for example) or have signalled a desire to be passive by limiting the number of shares they acquire and by remaining disengaged from corporate governance matters, with some even refusing to actively vote their shares. SWFs have largely invested in developed markets as apolitical, financially-oriented shareholders. However, SWFs have also been some of the largest deadweight shareholders in the markets.

But SWF passivity as shareholders is beginning to change. With nearly $900 billion under management, Norway’s giant Government Pension Fund Global is a leader among SWFs in promoting what it views as appropriate corporate governance structures. Other SWFs are also beginning to take on a more active role as fiduciaries for the sovereign. They also recognise the harm in inertia: by remaining deadweight shareholders, SWFs lose their opportunity to exert a positive influence on corporate governance in their portfolio companies, and in their absence the influence of other shareholders grows in importance.

Given the concerns over the politicisation of SWFs, the key to engagement is for the SWF to be as transparent as possible about its governance preferences and methods of engagement. The first and most important step for sovereign investors is to develop a policy on corporate governance that will disclose the SWF’s position on various matters of corporate governance and how the SWF promotes its views (such as through proxy voting alone, or by direct engagement with certain portfolio companies). Corporate governance policies should be made publicly available as part of the SWF’s general investment policy. While such a policy does not completely shield an SWF against regulatory scrutiny, it can provide confidence to regulators, portfolio companies and other shareholders that the SWF is investing for long-term wealth maximisation.

While regulatory concerns may limit the ways and extent to which SWFs may engage in corporate governance, it need not prevent them from engaging with boards.  Nor should boards hesitate to partner with SWFs. SWFs are, in many ways, ideal shareholders. Unlike most other kinds of institutional investors, SWFs have no set liabilities or liquidity constraints. SWFs will also take significant (but usually not controlling) positions, but tend not to push for strategic changes, as might an activist hedge fund.

SWFs tend to be stable, long-term investors, particularly when investing directly as opposed to through an intermediary. It is in the best interests of boards and SWFs to develop long-term partnerships that are focused on sustainable value creation. SWFs and boards are natural allies, and SWF engagement is to be welcomed rather than feared.

Professor Paul Rose teaches Business Associations, Comparative Corporate Law, Corporate Finance, Investment Management Law, and Securities Regulation. He has written extensively on sovereign wealth funds, corporate governance, and securities regulation, and he has consulted with and provided testimony on these topics to numerous regulators and other agencies, including the U.S. Senate Committee on Banking, Housing and Urban Affairs; the U.S. Securities & Exchange Commission; the Government Accountability Office; and the Congressional Research Service. He is an affiliate with the Sovereign Wealth Fund Initiative, a research project at The Fletcher School at Tufts University, and is a non-resident fellow of the ESADEgeo-Center for Global Economy and Geopolitics.  He blogs on issues relating to his research at statecapitalist.org.

Conflicts Of Interest Within The Proxy Advisory Industry