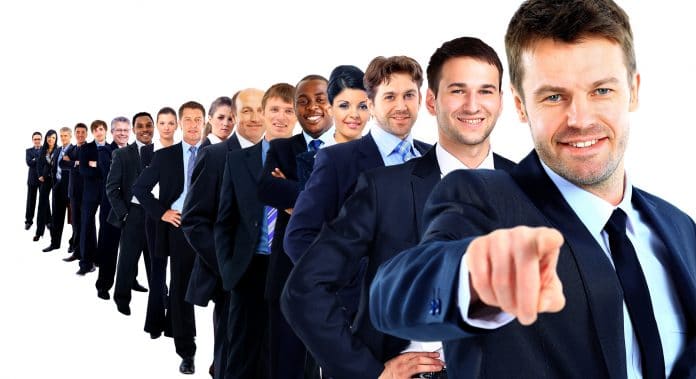 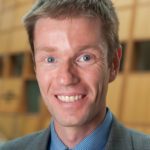 By Jason Schloetzer, The William Charles Sonneborn Associate Professor of Accounting at the McDonough School of Business, Georgetown University

However, emergency succession events, such as the unexpected departure or sudden death of a CEO, act as a ‘stress test’ of companies’ succession process and place considerable pressure on boards to act swiftly and decisively. A quick response can be problematic if the process lacks an emergency component or a succession-ready candidate is unavailable. Yet, waiting too long to name a permanent successor is often viewed as a lack of director preparedness to handle such a significant issue.

Companies often struggle in their response to emergency successions. For instance, a recent survey conducted by Pearl Meyer & Partners reported that 32 per cent of director and executive respondents believed that their companies had not identified an emergency CEO who could serve on an interim basis.1 In terms of public disclosure of emergency plans, at a time when investor groups have been lobbying extensively for more information regarding the succession planning process,2 a total of only 17 per cent of the 100 largest US companies specified in their proxy and governance statements that they had a plan or person at the ready in the event of a sudden CEO departure; four per cent reported a stated plan for an interim CEO; six per cent reported having written procedures in place; and seven per cent reported that a list of potential successors existed.3

“The unexpected departure or sudden death of a CEO, act as a ‘stress test’ of companies’ succession process and place considerable pressure on boards to act swiftly and decisively”

Research suggests that emergency CEO successions have a substantial impact on post-succession company performance. For example, consider the rare but important succession event of the sudden death of a CEO. Studies have found that such events are associated with an 18 per cent decline in operating profitability, along with declines in asset growth and sales growth, in the year following the emergency succession event.4

This evidence suggests that the disruption associated with a sudden CEO departure has meaningful economic consequences for the firm and its stakeholders. Studies have found that this decline in performance might be associated with how long it takes the board to appoint a permanent CEO, highlighting that the longer the gap, the worse the performance.5 At a minimum, this evidence suggests that a board’s response to an emergency CEO succession can substantially affect company performance.

How can directors successfully navigate an emergency succession? Let’s take a closer look at three succession emergencies that occurred at S&P 500 companies in 2015 and consider the key takeaways for directors from these high-profile events.

On 7 November 2014, the board of Fastenal announced the sudden resignation of Willard Oberton as CEO, effective 31 December. In connection with this action, the board elected current COO Leland Hein Jr as the company’s new CEO, effective 1 January 2015. The circumstances of Oberton’s departure were unclear, as the company stated that he would “continue to be actively involved in strategic planning and performance measurements for the company and will continue to serve as a mentor to Mr Hein” – suggesting Oberton would remain active in the company, despite relinquishing the CEO duties.6 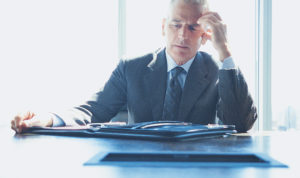 In July 2015, after serving less than seven months as CEO, Hein Jr resigned his role as CEO and resumed his role as COO, effective immediately. The board announced that Oberton would again serve as CEO and continue in his role as chairman. No reason was given for the change, leaving Wall Street analysts puzzled at the unexpected announcement. Some analysts noted that the company’s stock price had declined 11 per cent since Hein Jr became CEO. One analyst stated: “It’s not very clear what is going on. But the change is definitely strange.”7

This wasn’t the end. In October 2015, for the third time in less than one year, the board named a new CEO, selecting Daniel Florness as its new CEO, effective 1 January 2016. Again, no reason was given for the shuffling of leadership positions and the appointment created a vacancy at the CFO position which the board will fill “on either a permanent or interim basis, as soon as reasonably practicable”.8 No permanent CFO had been named as of March 2016.9

In conjunction with this investigation, the United Continental board dismissed Smisek, confirming that the departure was connected to the company’s on-going internal investigation related to the federal government probe. On the same day, the board appointed Oscar Munoz, a board member of Continental since 2004 and a board member of the combined company and chairman of the Audit Committee since 2010, as the company’s president and CEO.

On 15 October, after serving as CEO for only six weeks, Munoz suffered a heart attack. A few days later, Brett J. Hart, the company’s general counsel, was named an acting CEO during Munoz’s medical leave. United’s shares closed down three per cent on the news of Munoz’s hospitalisation and various commentators debated whether United’s board should provide more disclosure about Munoz’s health.10 One columnist wrote: “Oscar Munoz’s recent heart attack reminds us that corporate boards have no script to follow in such situations.”11

Munoz underwent a successful heart transplant on 6 January 2016 and is expected to make a full recovery. The board of United Continental stated that Munoz will likely return by the end of March 2016 or early in the second quarter.12This will hopefully end the roughly six-month period of uncertainty within the company’s CEO suite.

On 22 April 2015, the board of F5 Networks announced that Manny Rivelo was elected to the CEO position, effective 1 July. He succeeded longtime CEO John McAdam, who agreed to remain on the board as chairman upon his retirement on 1 July. Rivelo had been with F5 since 2011, serving as the company’s executive vice president of strategic solutions. The board’s lead independent director, Al Higginson, stated: “On behalf of the board, I am excited about the future of F5 under Manny’s leadership and I look forward to working with him to build on the company’s success.”13

Within six months, however, Rivelo had gone. On 14 December 2015, the board announced that John McAdam would retake the CEO reigns, as Rivelo resigned from his newly-gained CEO position. The company stated: “Mr McAdam succeeds Manuel Rivelo, who has resigned from his position of president and chief executive officer and as a member of the F5 board of directors, for matters regarding personal conduct unrelated to the operations or financials of the company.”14

The company press release provided investors with a degree of insight into the situation. Higginson stated: “I want to emphasise that these actions are in no way related to the company’s operating performance or financial condition. This change in management, while unexpected, is strictly related to personal conduct matters.”

Moreover, the company’s press release reaffirmed that the board and executive leadership team remained fully committed to the strategy and financial targets previously released and that McAdam would immediately re-engage on a day-to-day basis with F5’s management team. The board also announced that it would begin a formal search process to identify a permanent successor.

One takeaway from these cases is that boards should have a vetted successor ready to be named (interim) CEO in the event of an emergency. Emergency CEO successions disrupt the planned process. Unless the emergency occurs relatively close in time to a planned transition, candidates are likely to be in process (‘CEO potential’) rather than in queue (‘ready now’).

In this situation, the board will have to conduct a risk assessment for appointing an emergency CEO successor, who is not ‘ready now’. A key question will be: “Is our candidate ready enough to justify a permanent appointment?” An important part of the board’s calculus must be whether the emergency successor would engender confidence in the quality of leadership continuity. Successors who are known and well-regarded by stakeholders are likely to be better received than unknowns. Hence, it is not surprising that United Continental selected a longtime director as a suitable successor during its emergency situation. Similarly, Fastenal and F5 Networks turned to their former CEOs and current board chairmen as emergency successors.

“Seven out of 10 large companies provide investors with advanced notice of a change in CEO, so any succession event that is effective immediately, such as an emergency succession, might trigger heightened scrutiny”

A second takeaway is that directors must have a communication strategy that balances the need for business conduct privacy and stakeholder involvement. Astute directors recognise that preparing for an emergency CEO succession does not end when the board identifies a candidate. It is the manner in which directors communicate the details of the emergency succession to stakeholders that will shape observers’ perceptions of the board’s preparedness for the event.

The contrast between the boards of Fastenal (providing no information about why the company was changing leadership) and F5 Networks and United Continental (explaining that the emergency successions were related to issues of personal conduct and not to underlying concerns that were operational or financial in nature) highlights the case-by-case approach boards take when providing stakeholders with succession-related information.

Seven out of 10 large companies provide investors with advanced notice of a change in CEO, so any succession event that is effective immediately, such as an emergency succession, might trigger heightened scrutiny. And when scrutiny is combined with scant details about the succession event, it would not be surprising if your stakeholders decide that your board’s succession process is ‘strange’.

Jason Schloetzer is the William Charles Sonneborn Associate Professor of Accounting at the McDonough School of Business, Georgetown University. His research focuses on management control systems, with an emphasis on controls related to corporate governance and the value chain. He has published in leading academic journals, and is a frequent contributor to The Conference Board, for which he has authored articles on hedge fund activism, board structure, and CEO succession. Schloetzer received his doctorate from the Joseph M. Katz Graduate School of Business, University of Pittsburgh.