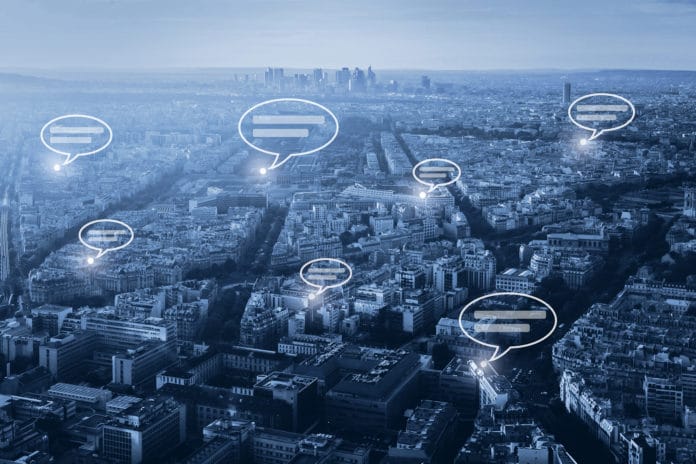 As shareholder activism continues to spread across the globe, activists are becoming more creative and sophisticated in deploying their investment strategies to maximise shareholder value.

As part of this trend, we have recently seen activists begin to utilise multiple social media platforms as part of a comprehensive digital strategy for their campaigns. In the US, notable examples of social media action during the 2017 proxy season included Elliott Management’s successful activist campaign at Arconic and Pershing Square’s proxy contest at Automatic Data Processing. Outside the US, Elliott Management used Facebook in its campaign to maximise value at BHP Billiton.

Social media has gained tremendous popularity not only as a news source but as a means of communicating any type of mass messaging with the click of a button. While a number of prominent investors have used social media for years (e.g. Carl Icahn with Twitter), it was only a matter of time before other activists followed suit. Today, other developments have made social media platforms more appealing and accessible to shareholder activists.

Social media communications Brief topical digital communications through platforms, such as Twitter and Facebook, can quickly and directly keep a target audience, including shareholders, informed on an ongoing campaign and communicate important developments in ‘real time’

Links within social media communications Links embedded within digital communications can drive traffic to shareholder activists’ campaign websites. These websites, which are now commonly used in election contests, provide dynamic and impactful content, including graphics and videos, and help to maximise engagement with the target audience

For less digitally savvy activists, who wouldn’t know the difference between a Tweet and a Snap, there are now advisors who specialise in building digital and social media platforms for activist campaigns. 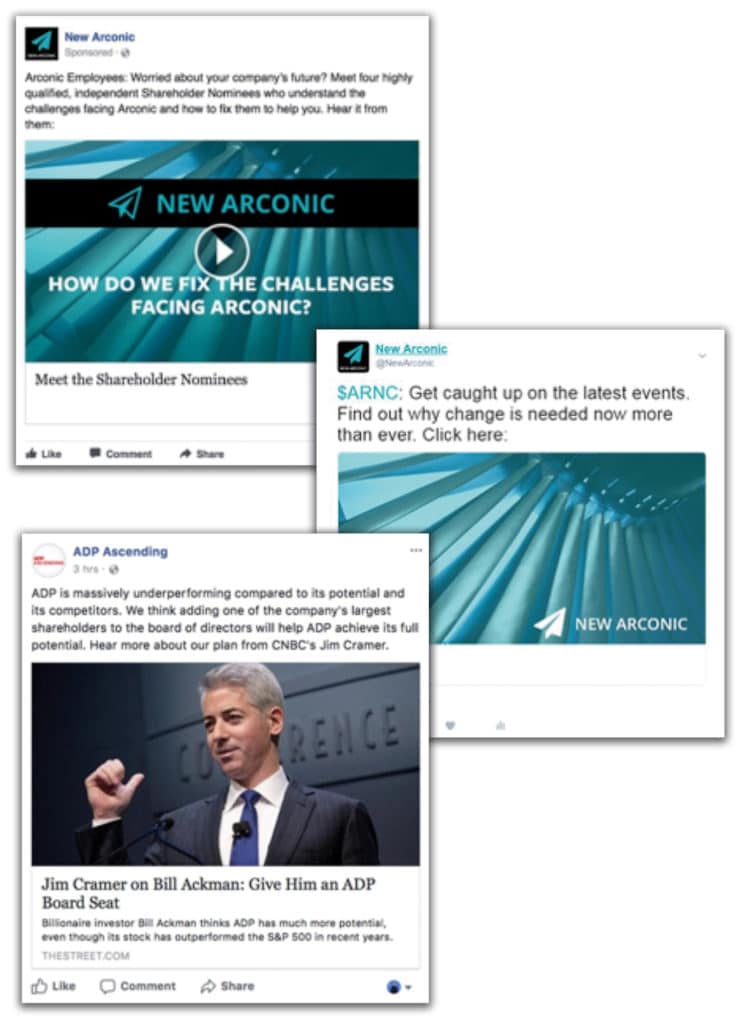 A few examples of social media communications by high-profile activist shareholders are included (right) for reference.

In the US, shareholder activists and their legal counsel are becoming more comfortable utilising social media in proxy contests from a compliance standpoint. Most of the disclosure and anti-fraud provisions of the US proxy rules applicable to shareholder communications were enacted well before the advent of social media, initially raising questions and concerns regarding the applicability of these rules to various forms of digital communications.

However, guidance from the US Securities and Exchange Commission (SEC) regarding the applicability of the proxy rules to communications through social media and digital platforms has assuaged concerns regarding inadvertent proxy rule violations. Constant dialogue and coordination between shareholder activists and their legal counsel is still strongly recommended to ensure continuous compliance with SEC rules or the rules of the applicable local jurisdiction for proxy contests outside the US.

The US has strict rules governing the ‘solicitation’ of proxies. The SEC broadly defines solicitation to include the furnishing of any communication to shareholders under circumstances reasonably calculated to result in the procurement, withholding or revocation of a proxy, subject to certain exceptions.

All soliciting materials must be filed with the SEC no later than 5:30pm Eastern time on the date they are first disseminated to shareholders. This filing requirement applies to the text of any social media posts or advertisements. Transcripts of any audio or video content used in a solicitation must also be filed.

In our experience, the process for preparing and formatting an SEC filing disclosing the content of solicitation materials often takes longer for graphic-intensive communications and audio or video content that is required to be transcribed. As a result, shareholder activists and their legal counsel must coordinate closely to ensure that these types of soliciting materials are timely filed. Experienced shareholder activists and their counsel have become particularly adept at responding to events in ‘real time’ during the course of a proxy campaign utilising social media while acting quickly to satisfy this strict filing requirement.

The SEC rules generally prohibit any solicitations unless the person solicited is or has been furnished with a proxy statement containing the information required under the federal proxy rules. There is an exception to this rule under Exchange Act Rule 14a-12(a) that permits solicitations made before a proxy statement is furnished to shareholders if any such written communication includes a legend containing the following information: (i) specified information regarding the participants in the solicitation, or a prominent legend advising shareholders where they can obtain that information; and (ii) a prominent legend advising shareholders to read the proxy statement when it is available and that they can obtain the proxy statement, and any other relevant documents, for free at the SEC’s website, and describing which documents are available for free from the participants.

The Rule 14a-12 legend can become lengthy, especially when there are numerous participants in the solicitation. The requirement to include lengthy Rule 14a-12 legends in social media communications could be problematic as a result of the particular social media platform’s applicable space and character constraints (e.g. Twitter’s 280-character limitation). These technical constraints could make the legend obtrusive or impossible to include in full.

The SEC addressed this particular complication in an interpretation of Rule 14a-12 first published in 2014. In that interpretation, the SEC acknowledged that limitations on the number of characters or amount of text that may be included within a social media communication may make the inclusion of the Rule 14a-12 legend impossible.

In those instances, the SEC stated that it would not object to the use of a hyperlink to the Rule 14a-12 legend that prominently states that important or required information is provided through the hyperlink. From a technical standpoint, compliance is achieved by styling the hyperlink as ‘important information’ or ‘SEC legend’. Posts on social media platforms that do not have such limitations must include the full legend.

In our experience, the technical issues created by the applicability of the Rule 14a-12 legend to social media communications typically do not arise as shareholder activists infrequently take their campaigns to social media platforms prior to filing a definitive proxy statement. This is a strategically driven approach that will likely evolve as the use of social media in activist situations becomes more commonplace. Nevertheless, there is precedent for shareholder activists relying on the SEC’s interpretation to utilise social media prior to filing a definitive proxy statement.

“As long as the global shareholder activism phenomenon continues to grow, we expect to see activists around the world expand their use of social media to communicate with shareholders”

For a conventional newspaper or magazine advertisement, where sufficient space always can be purchased, having enough room to insert the requisite legend is not a practical concern. However, for advertisements on social media platforms and search engine marketing that would be otherwise effectively off-limits prior to the filing of a definitive proxy statement due to the inability to include the full legend, a reasonable argument can be made that the SEC should permit the advertisement with a hyperlink to the legend.

Solicitations utilising social media are also subject to the anti-fraud provisions of the proxy rules. These anti-fraud rules prohibit any solicitation containing any statement which, at the time and in the light of the circumstances under which it is made, is false or misleading with respect to any material fact, or which omits to state any material fact necessary in order to make the statements therein not false or misleading.

The following statements are strictly prohibited under the anti-fraud rules: (i) predictions as to specific future market values; (ii) statements directly or indirectly impugning character, integrity or personal reputation, or directly or indirectly making charges concerning improper, illegal or immoral conduct or associations, without factual foundation; and (iii) claims made prior to a meeting regarding the results of a solicitation.

The rules discussed above apply to proxy solicitations conducted in the US. Proxy solicitations outside the US will be subject to the rules of the local jurisdiction. Because the use of social media platforms by shareholder activists has been more prevalent in the US than in foreign jurisdictions, the applicability of the proxy rules of the foreign jurisdiction to social media may be uncertain and not as well developed as in the US. Nevertheless, as long as the global shareholder activism phenomenon continues to grow, we expect to see activists around the world expand their use of social media to communicate with shareholders. 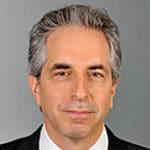 Activist & Equity Investment Practice Chair Steve Wolosky is a nationally recognized corporate and securities lawyer who counsels clients in the areas of proxy contests and mergers and acquisitions. A pioneer in shareholder activism, Steve spearheaded Olshan’s Shareholder Activism Practice more than 20 years ago. Today, he is one of the leading lawyers in the country advising hedge funds and investment partnerships on activist situations in the United States and worldwide. Steve advises on some of the most high-profile activist campaigns year-in, year-out. Most notably, Steve led the pre-eminent proxy contest of 2014 representing Starboard Value’s unprecedented, “extraordinary,” and “historic” victory in its election contest against Darden Restaurants, Inc. In 2015 Steve led client H Partners to an unprecedented withhold campaign victory at Tempur Sealy and is currently advising Elliott Associates on its campaign at Arconic. In international news-making cases, Steve represented foreign clients who successfully obtained board representation for the first time in both Japan and South Korea. Steve has led over 500 proxy contests for board representation in his career. 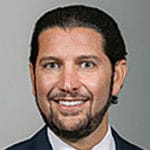 A Partner in the firm’s Activist & Equity Investment Group, Andrew Freedman is one of the leading attorneys in the nation practicing in the area of shareholder activism and advises some of the nation’s most prolific activist investors, including Starboard Value. Andy’s practice focuses on shareholder activism, mergers & acquisitions, hostile takeovers and hedge fund strategies such as merger arbitrage and distressed investments. Andy has represented activist investors in connection with hundreds of major shareholder activism campaigns that have led to the replacement of approximately 700 public company directors. Andy is frequently quoted as an industry expert in the area of shareholder activism in national publications and news outlets, including The Wall Street Journal, Corporate Secretary Magazine, Law360, Activist Insight, Activism Monthly, and The Deal. Andy also speaks on activist panels throughout the country and contributes articles on shareholder activism to notable media publications. 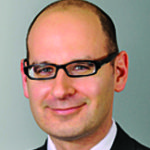 Ron S. Berenblat’s practice concentrates on shareholder activism, proxy contests, corporate and securities law matters and mergers and acquisitions. Ron has advised numerous public and private entities in a variety of industries in connection with proxy contests, hostile takeover bids and defenses and corporate governance matters. He represents hedge funds in the preparation and filing of their Schedule 13D and Form 13F filings. He also counsels public companies on a day-to-day basis, preparing and filing their Securities Exchange Act reports and advising them on corporate governance and securities law issues.