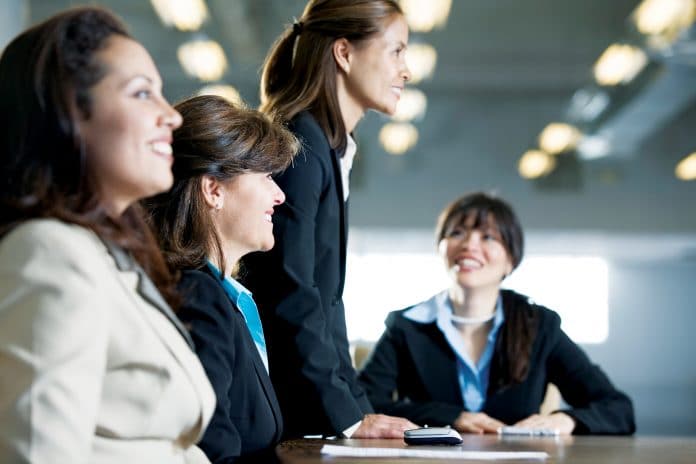 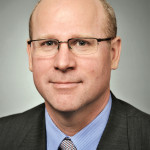 By Darrin R. Hartzler, Manager of the Corporate Governance Group in the Transactional Risk Solutions Department, Environment, Social and Governance, at IFC

If progress is measured by the amount of information available about a specific topic, then one could easily conclude that increasing female representation on boards  is no longer an issue. However, while there may be more widespread theoretical acceptance of the value of board diversity, the numbers present a more sobering perspective.

MSCI, a provider of research-based indices and metrics for institutional investors around the world, indicates in its 2014 Survey of Women on Boards that women hold about 13 per cent of board directorships in leading companies based in developed countries. In emerging markets, the figure declines further, to a mere nine per cent. Meanwhile, according to the survey, which shows the results culled from an international analysis of more than 6,500 company boards, a meagre three per cent of board chairpersons worldwide are women.¹

It is true that more companies are looking to build better boards, with a mix of well-qualified male and female directors representing a range of perspectives, experience and background, as part of their effort to improve performance and husband a strategy that will serve them well over the long term. They may even express a willingness to change, but they may not know what to do or how to do it. Here are a few guidelines to help chart the course.

Companies should understand the reasons for their gender diversity initiative and set reasonable expectations for what they hope to achieve. Let’s be clear: if your company is struggling, nominating a woman to serve on your board is not the panacea that will cure what ails you. There is no straight line between the act of appointing female directors and a better bottom line.

That’s not to say that the business case is not strong. It is. A diverse board comprised of highly qualified men and women with complementary skill sets and a wide range of experience can positively affect company operations and strategy.

Indeed, a growing body of research shows a broad set of business benefits associated with gender diversity on corporate boards, including improved decision making, reduced risk, broader and deeper market knowledge, increased customer and employee satisfaction and enhanced reputation. There is further evidence, as uncovered by the MSCI survey, that companies with a higher percentage of women on their boards tend to have fewer governance-related controversies, as well as  higher environmental, social and governance risk management ratings and strategies across virtually all risk issues.

Such benefits contribute to increased investor confidence and better valuations, as well as expanded access to lower cost financing through reduced risk.

It is not yet proven whether mandating quotas to increase female representation on corporate boards, as countries such as Norway have done, will hasten the realisation of these benefits. Corporate governance experts are divided on whether quotas lead to tokenism and diminish the overall value of board diversity, or whether quotas have made a positive difference because they have elevated the urgency of addressing glaring gender disparities and force companies to act. It could well be that the appropriate solution will depend on the business culture and environment of a particular market.

Opinions do converge on one important point. Appointing someone just to meet a mandate, with little attention to qualifications, is likely to represent a lost opportunity to bring about the kinds of positive changes that will enhance the company’s performance.

Companies in search of true gender diversity should look beyond the relatively small inner circle of familiar corporate boardroom faces to find equally qualified individuals who can offer fresh perspectives.

Board directors at different companies often move in the same social, cultural and professional circles. They know each other. They share similar outlooks, backgrounds and circumstances. When a board seat comes open at one company or another, they may naturally suggest their friends or colleagues.

This creates a narrow perspective that may not serve the company well. Greater diversity can help.

Finding qualified women to serve on boards is not difficult, even in emerging markets. Programmes, such as the International Women Directors project, a Turkish initiative to identify and place women in board positions, have built robust databases filled with suitable female candidates that companies can access as they search for new directors. A recent report from the International Labour Organisation notes that 50 per cent of the world’s middle managers are women, representing a solid talent pipeline for the future.

Other groups, such as Women Corporate Directors, a global membership organisation of female board members with 70 local chapters in more than 30 countries, are building broader networks, creating new communities of women who serve on boards. They are also gathering cohorts of female professionals, who are board-ready, but remain sidelined.

“A recent report notes that 50 per cent of the world’s middle managers are women, representing a solid talent pipeline for the future”

More difficult to overcome is the culture change required to cast a wider net beyond the familiar and the known. But even in emerging market countries with a patriarchal tradition, searches are being made easier through networking and research. For example, in Iraq efforts are underway to establish a women director’s network to support female directors of small and medium businesses in the same way that informal men’s networks offer encouragement, guidance and connections to others in their circle. In other countries, such as Bosnia and Herzegovina, Macedonia and Serbia, researchers are seeking to understand why so few women have been nominated to boards, so that obstacles can be more effectively reduced.

At IFC, we know first-hand the difficulties in moving beyond the status quo. A few years ago, we took a hard look at the boards of our investee companies. We realised that we were not acting as quickly as we could on the same principles that we advocate as part of our corporate governance advice. So, we began a more active outreach process to identify qualified women to fill board positions in the companies in which we invest. Today, we have almost reached our 2015 goal of 30 per cent female representation, even as we aim for full parity in the future.

Companies should give their nominee directors in-depth training so they are prepared for the job on day one – the positive returns will more than make up for this investment.

Board training for high potential women is a relatively new phenomenon, even though the concept of training for new directors has been around for years. Our experience has shown that women nominee directors can benefit from specific instruction on soft skills, such as how to ensure that their voices are heard, in addition to gender-neutral training on the practical aspects of directorship, such as board operations, roles and responsibilities and relations with management.

This is a key reason we have ramped up efforts to train high-potential women in countries where we work, including such diverse markets as Azerbaijan, Bosnia and Herzegovina, Indonesia, Serbia and Yemen. The efforts are making a difference. In Pakistan, where IFC recently conducted the nation’s first-ever training for women directors, a number of women have secured board seats or top management positions and policymakers revised the country’s Code of Corporate Governance to encourage the inclusion of gender diversity as a key consideration in board composition.

Be a part of the change

Companies that don’t yet have female representation on the board should take action now. Those who have a woman on their board already should add another – research shows that is when the real gains begin to occur.

The percentage of directorships held by women remains well under 20 per cent globally, a remarkably low level, considering that women comprise 40 per cent of the global workforce. A look at the number of female board chairs reveals an even more sobering disparity: women head boards in only four per cent of developed market companies and three per cent of emerging market companies.

While women’s representation on corporate boards around the world remains at remarkably low levels, progress is possible. This progress is driven in part by institutional investors, who are asking more questions about board composition as part of their investment due diligence. We have also seen that activist shareholders are pushing for greater female representation on the boards of companies in which they hold ownership stakes.

At the policy level, board diversity has moved to the forefront as well. The Organisation for Economic Development recently revised its Principles of Corporate Governance to include, for the first time, a reference to director diversity.

In addition, reducing the gender disparity in the boardroom to better reflect the composition of the world’s professional workforce is, quite simply, the right thing to do. As more companies come to understand this, it will be those that don’t that risk falling behind.