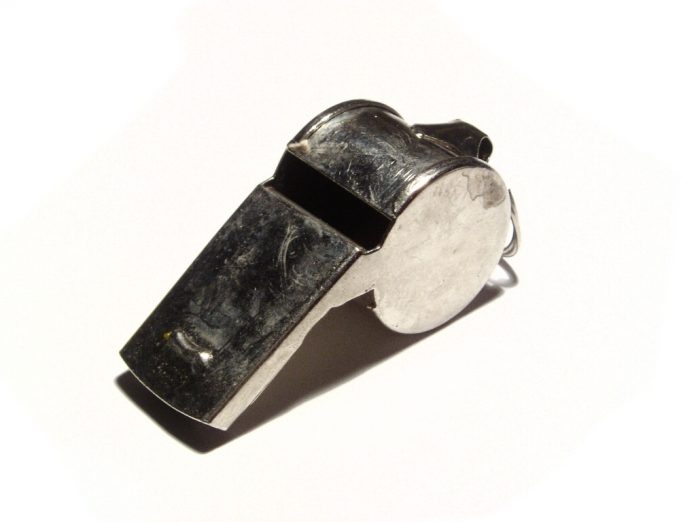 Whistleblowing Programs have been created to provide mechanisms for reporting wrongdoing and reward individuals for the substantial risks taken by coming forward with incriminating information. These programs are being increasingly made a policy priority across the globe for achieving anti-corruption and anti-fraud objectives. Whistleblower programs have been set up to allow the exposure of misconduct and alleged dishonest or illegal activity occurring in an organisation. The alleged misconduct may be, for example, a violation of a law, rule, regulation or a direct threat to public interest, such as fraud and corruption. Whistleblowing may occur internally (within the organisation) or externally (through regulators, the media or law enforcement agencies).

A prominent example of a Whistleblowing Program is that of the Commodity Futures Trading Commission (CFTC). This program was created as part of the Dodd-Frank Act and has been designed as payment of monetary awards to eligible whistleblowers. The program provides anti-retaliation protections for those who provide information or who help the CFTC with uncovering relevant wrongdoing. The US Securities and Exchange Commission (SEC) has publicly noted on many occasions that the whistle blower program is supposedly one of the more powerful regimes in place for its law enforcement. However, the question still remains with many industry professionals as to whether these programs work fully and if adequate resources have indeed been allocated to them. The steps taken by the regulator, such as setting up incentives for whistle blowers to come forward, have to date proven successful and effective. They have led to numerous fruitful enforcement actions.

However, industry members are also expressing concern as to whether awarding whistleblowers with substantial amounts will encourage misguided practice by malicious, self-interested parties. This has created a new set of risks and may lead to parties abusing the programs and undermining the very values and principles the whistleblowing programs were set up to protect.

Incentivising whistleblowers, to a certain degree, can be a good idea and useful tool.  Authorities should be careful to avoid quick reactions that may lead to inaccurate enforcement actions which could end up being unnecessarily costly to the end consumer, such as increased prices for consumer products. Regulators must be careful and balanced in fostering a whistleblowing environment.

With this argument in mind it seems that it is not necessarily the amount of resources allocated, it is more the attitude, approach and diligent balance applied in their execution. Awarding whistleblowers millions more will not necessarily lead to better results. It is vital that regulators facilitate self-reporting and whistleblowing without encouraging behaviour too far in one direction or another. Misjudgement in this balance could in itself have an unintended effect of destabilising the markets.

Whistleblowers are growing in number across the globe – increasingly reporting fraud, corruption and other corporate wrongdoings to appropriate regulators. Whistleblower programs and relevant employment protections recently set up in countries outside the US are still a little behind the programs set up by the SEC but nonetheless they are making significant progress. Perhaps in these countries, where resources may not have been as easily available initially, devoting more funding to whistleblowing programs may see more positive results. Some argue that obtaining targeted, high-quality information requires substantial resources to compensate the party providing the information for the risks they are placed under. Anonymous hotlines are not enough to convince the most valuable whistleblowers, who often sacrifice not only their current employment but possibly any future employment as well, to report corporate wrongdoing. As an example, the SEC had a tip line for years before Dodd-Frank created the SEC whistleblower program. However, the SEC took no action to stop Bernie Madoff even though it received evidence of wrongdoing repeatedly. In this sense some jurisdictions do need to put more money into their programs.

All well-designed whistleblower programs need to include structures that enhance government enforcement through private resource availability. Furthermore, the programs should be designed to properly motivate and direct agencies to investigate allegations. Finally, perhaps the most compelling argument, in the current low investor confidence economic climate, is that strong whistleblower laws and programs, that provide aid to governments’ enforcement of anti-corruption laws, have led to substantial financial boosts to the market.