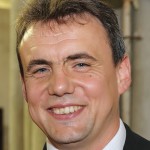 The so-called ‘Florange Law’ introduced a double voting right in every French-listed company. The sole opportunity for shareholders and firms to restore the ‘one share, one vote’ principle is to adopt an ‘opt-out’ provision by modifying the articles of association.

Prior to the proxy season, Phitrust, Proxinvest, International Corporate Governance Network (ICGN), the French Asset Management association (AFG) and many investors urged French companies to return to the one share, one vote principle. This campaign has been quite successful since most of the targeted French issuers have tabled agenda items to modify their by-laws and restore the one share, one vote.

Indeed, the double voting right provision does not comply with the proportionality required between the investment in shares and the voting rights influence derived from this investment. The French double voting right is for registered shareholders only while most of the French and non-French investors cannot register their shares due to excessive administrative or financial burdens. For instance, in January ICGN reaffirmed its commitment to the ‘one share, one vote’ principle and highlighted that the registration of shares (enregistrement au nominatif) is not compatible with the management of financial assets for institutional investors, especially for non-resident investors.

“Equality of treatment of shareholders is absolutely necessary. One share, one vote is a fundamental cornerstone of shareholder trust and good market valuation”

It is surely not in the interest of an investor to accept to be diluted in terms of voting rights, even more when this investor has a fiduciary duty and the implementation of the double voting right could be seen as a type of partial expropriation of property rights. Equality of treatment of shareholders is absolutely necessary to ensure that minority shareholders can protect their interest and participate responsibly in the corporate control mechanisms. One share, one vote is a fundamental cornerstone of shareholder trust and good market valuation.

If you want to visit the Organisation for Economic Co-operation and Development (OECD) headquarters, please come to the Chateau de la Muette on the western edge of Paris, but do not expect France to ensure the implementation of the OECD Corporate Governance Principles. Indeed, according to these OECD commonly-accepted principles, “within any series of a class, all shares should carry the same rights… the potential for abuse is marked where the legal system allows and the market accepts, controlling shareholders to exercise a level of control which does not correspond to the level of risk that they assume as owners through exploiting legal devices to separate ownership from control, such as pyramid structures or multiple voting rights. Such abuse may be carried out in various ways, including the extraction of direct private benefits via high pay and bonuses for employed family members and associates, inappropriate related party transactions, systematic bias in business decisions”.

On the contrary, Stéphane Richard, chairman and CEO of the telecom company Orange, did not fight for the equality of treatment of shareholders. While the independent board members voted against the introduction of the double voting rights, faced with opposition from the directors representing the French state and employees, Stéphane Richard brought his votes alongside the French state. Many institutional investors were unhappy with that decision and decided to co-table a shareholder proposal from Phitrust Active Investors, a Paris-based asset management firm specialised in corporate governance engagement and working with Proxinvest.

It is also worth mentioning the Renault case. At board level, the representatives of the French State, especially Régis Turrini, the new head of the French state investment Agency (APE), failed to convince the other board members that the double voting right was a reward for long-term shareholders and not a simple ballot box stuffing. However, the perversity of the new law is that any resolution to keep one vote per share has to be approved with a two-third majority. Consequently, the French state decided to spend €1.23bn to temporarily increase its stake in Renault, just before the general meeting in order to ensure that it will reach the one-third minority required to make the one share, one vote proposal fail. This increase in shareholding position was partly hedged by derivatives and the French state ultimately forced the general meeting decision while it did not support the full economic risk.

The French state is not the only shareholder voting without full economic risk support to ensure the acquisition of double voting rights. At Vivendi, Vincent Bolloré, who is the first shareholder but also the chairman of the supervisory board was in favour of double voting rights. Faced with a revolt by some investors grouped by Phitrust (French investors but also Calpers, Railpen, PGGM), which co-tabled an external shareholder proposal to return to one vote per share, he decided to increase its stake in Vivendi. Over a few weeks, Bolloré increased from five per cent to 12 per cent his position in Vivendi’s share capital. Finally, he purchased another stake a 2.5 per cent to demonstrate his position of significant long-term shareholder. Proxinvest has carefully read the notification and it appears that no economic risk is supported on this last portion of his investment. The outcomes of Renault and Vivendi AGMs are interesting: while the proposal to return to the one share, one vote principle was supported by more than 50 per cent of the votes cast, it was not adopted because the main beneficiary of double voting rights voted against (French state at Renault and Bolloré at Vivendi).

Positive moves in favour of shareholders

Hopefully, some French issuers will use the context of this debate on double voting rights to differentiate from the poor corporate governance practices. Legrand, the global specialist in electrical and digital building infrastructures, has proposed to eliminate the double voting right provision from its by-laws. Investors will surely have to engage more and more with French issuers on this issue of double voting rights and Legrand appears as a good example of a move towards an equal treatment of shareholders. Beyond that change, Gilles Schnepp, CEO of Legrand also agreed to give up any severance agreement and entitlement to the defined-benefit pension plan. As many other French firms, Legrand’s board of directors has also proposed to exclude any use of capital increase authorisations in the period of a public offer.

Indeed, the Florange Law also put an end to the board neutrality principle in the period of a public offer. Investors and proxy advisors warned issuers that they would not vote in favour of any proposal that may appear as an anti-takeover device. This recommendation has been properly applied by most of the companies.

Worldwide investors are so tough on this issue that they sometimes adopt some ‘box-ticking’ approach without being aware that the proposal could not be used as an anti-takeover device, even in the period of a public offer. That’s not good for the investor reputation and, to avoid such mistakes, they will need over the future to combine the view of their global proxy advisor with more local insights and expertise. It is what Proxinvest and its European partners of ECGS (Expert Corporate Governance Service) provide within their proxy reports.

A revolt in France

According to Proxinvest database, the average approval rate of ‘say on pay’ proposals during the 2014 proxy season was 92 per cent. This new proxy season is very different. Investors are taking some problems more seriously. First of all, in many cases, the companies refuse to disclose the realisation rate of each performance criteria. Most of them use ‘confidentiality’ as an excuse but this is not usually accepted by their shareholders for past figures. When the companies implement better disclosure, Proxinvest often realises that the level of the performance targets are far from being challenging enough.

Performance targets decrease over time to adjust to declining results and excessive discretionary powers are given to the board in defining variable remuneration, so that annual variable remuneration rates are often defined at a relatively high level, despite poor performance. While French companies are increasingly adopting more and more a comparison group to measure a relative performance against competitors, most of them do not accept a simple rule, which is that no stock-option or performance share should vest if the performance is below that of a company’s peers. Beyond the lack of transparency, there is a strong lack of elasticity between remuneration and performance and there is a strong need for shareholder engagement on this matter.

Dialogue and engagement are difficult in France for investors as they generally are not given any access to the board members. Discussions take place between investors or their agents, such as Proxinvest and the executive team (corporate secretary, CFO, CEO, IR). Non-Executive directors are not really aware of shareholders’ concerns and do not react sufficiently. Investors’ unique way to express their concerns is commonly to vote against at general meetings.

An opportunity for French issuers

Loïc Dessaint, Chief Executive Officer of Proxinvest which is the leading French proxy Firm. Proxinvest is also the managing partner of ECGS Ltd, a joint-venture of local proxy advisors.

A conflict of interests or just a good business model