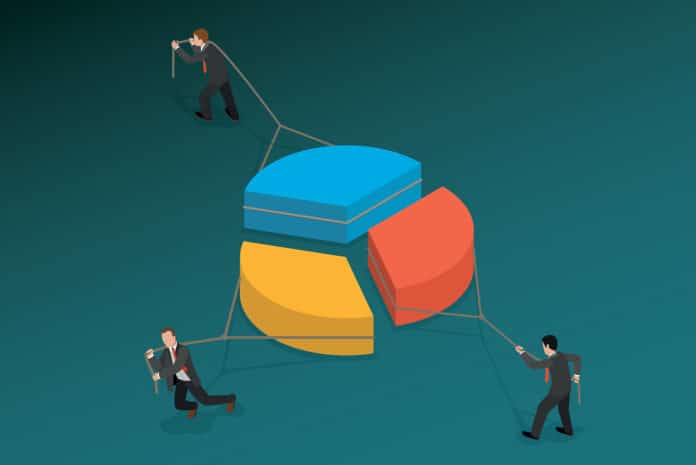 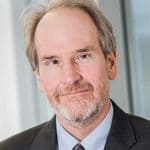 Why do companies exist and for what purpose? The Anglo-American model of corporate governance has traditionally maintained a simple formulation to these questions: for the benefit of shareholders, also known as shareholder primacy.

This concept was articulated by the academic lawyer Adolf Berle and the economist Gardiner Means in their classic book, first published in 1932: The Modern Corporation and Private Property. Berle and Means are commonly regarded as having established the foundation for modern corporate governance, in an era in which listed companies and the development of public stock markets led to the separation of ownership and control of listed companies – and in particular gave rise to the phenomenon of dispersed company ownership by large numbers of minority shareholders.

This doctrine of shareholder primacy has a simple and, in many ways, intuitive, logic. It holds that companies exist first and foremost to promote the welfare of their shareholders as owners of a company’s stock – and hence as owners of the company itself. After all, it is shareholders who provide risk capital to companies with the goal of generating returns on invested capital. It is also shareholders who have ownership rights to elect (or potentially fire) a company’s directors to oversee management, and presumably to protect shareholder interests from potential self-dealing by company management or other social pursuits which could distract the company in its mission of profit generation. It is therefore incumbent on company management and boards of directors to serve as agents of shareholders and to promote their interests by generating, if not maximising, profits for the purpose of shareholder wealth creation.

This concept has a legal foundation through an oft-cited 1919 Michigan Supreme Court decision, Dodge v. Ford Motor Company, in which the court stated that ‘a business corporation is organised and carried on primarily for the profit of the stockholders. The powers of the directors are to be employed for that end’. This shareholder-centric perspective was further popularised in a 1970 New York Times article by the University of Chicago-based economist, and Nobel Prize laureate, Milton Friedman, titled The Social Responsibility Of Business Is To Increase Its Profits.

Fast forward to the 21st Century and the shareholder primacy torch still shines brightly in many circles, and is a convention of what is known as the ‘law and economics’ school of corporate governance, with its ideological roots well-established in both the US and the UK and other so-called Anglo-Saxon jurisdictions. This approach is commonly taught in leading law and business schools globally and it continues to have intellectually formidable proponents, including the Chief Justice of the Delaware Supreme Court, Leo Strine. Strine has suggested in various writings that the challenge to shareholder primacy is a ‘tired debate’, promulgated by naïve proponents of corporate social responsibility leading a ‘fantasy life’, without proper understanding of corporate law as it was written and intended. Under the shareholder primacy model, those who advocate broader social or environmental corporate objectives or prioritise the needs of stakeholders who are not shareholders, are often dismissed as ‘special interests’ who could potentially distract corporate managers and boards from their overarching fiduciary responsibility to a company’s shareholders.

In turn, the orthodoxy of the shareholder primacy principle is, not surprisingly, well-established in capital markets – particularly among equity investors and investment bankers domiciled in the Anglo-American markets. Indeed, it is easy to understand how equity investors take comfort in shareholder primacy and might feel threatened by other models of governance that may challenge their place in the corporate pecking order.

Yet challenges to shareholder primacy do exist. This is particularly so in continental Europe and Japan, where the purpose of the company does not centre exclusively on generating wealth for shareholders.

This approach is often called a stakeholder model and in this wider view of corporate governance, shareholders are simply one of several key stakeholders, together with a company’s employees, customers, suppliers and even broader societal interests, including communities and the environment. The objectives of the firm involve seeking to find an optimal balance of stakeholder interests, of which shareholder wealth creation may be one of many variables in the equation. This stakeholder approach views the company as a social construct, not simply a means of wealth generation for shareholders. The respected UK economist John Kay has expressed support for this view, stating that ‘the economic success of the corporation is essentially bound up with its success as a social organisation’.

A particular concern about the shareholder primacy model is that there is no single shareholder for companies and boards to focus on. While many institutional investors are investing on behalf of pension plans and long-term savers, implying a long-term time frame, these shareholders are often viewed as overly focussed on short-term profitability – which may in fact have the effect of impacting negatively a company’s longer term performance and sustainability. This is a particular concern with hedge fund activism, where ownership horizons are often intrinsically short-term in nature. Critics of the shareholder model often point to this short-term orientation contributing to the recent financial crisis and argue that companies maintaining a short-term shareholder focus may pay insufficient attention to social, environmental and ethical externalities that have longer term systemic implications.

It is therefore of interest to observe that the UK government’s recent review on corporate governance in the UK concluded that ‘strengthening the employee, customer and wider stakeholder voice’ is one of the three main areas targeted for reform. To some extent this may reflect a degree of ‘German envy’ by the UK, given Germany’s strong manufacturing economy and the prominence of stakeholders (or at least employees) in German governance and decision-making.

The UK government went so far as to suggest in a forthcoming review of the UK Corporate Governance Code that the Code be amended for companies to consider and report on one of three mechanisms to promote better stakeholder relations: a designated non-executive director, the establishment of a formal employee advisory council, or appointing to the board a director representative from the workforce.

It is unlikely that staunch advocates of either shareholder or stakeholder models of corporate governance will be persuaded to abandon one approach for the other. But can we use a dialectic approach to propose a synthesis that might include the best features of each model, while avoiding the worst?

A recent Harvard Business Review article by academics Joseph Bowers and Lynn Paine presents a possible model for compromise, which they label as ‘company centric’, as opposed to shareholder centric. It effectively focusses on prioritising the success of the company as a whole, rather than on prioritising shareholders or any other stakeholder. It suggests that a successful company requires successful stakeholder relations and that this is the best way for sustainable wealth creation for shareholders. In many ways this is a compelling formulation and to some extent it is already reflected in Section 172 of the UK Companies Act, which defines the role of company directors in the first instance as promoting the long-term success of the company itself. This Act does focus on benefits to company shareholders, but it also requires directors ‘have regard’ for stakeholder interests.

In this approach there are no short cuts around respecting legitimate stakeholder needs in the management and governance of companies. That should help to meet objections and concerns of those favouring the stakeholder model. And for those who still insist on a shareholder model, the UK’s Section 172 goes part of the way there. But it is effectively a model of constrained optimisation, not profit maximisation. This aspect of the UK Companies Act is vague to many and has really not been tested in law. But given that one of the aims of the UK’s corporate governance reform is to flesh out what a balancing of shareholder and stakeholder interests means in practice, there may be broader scope in using this company-centric approach as a wider model to square the circle of the shareholder/stakeholder debate.