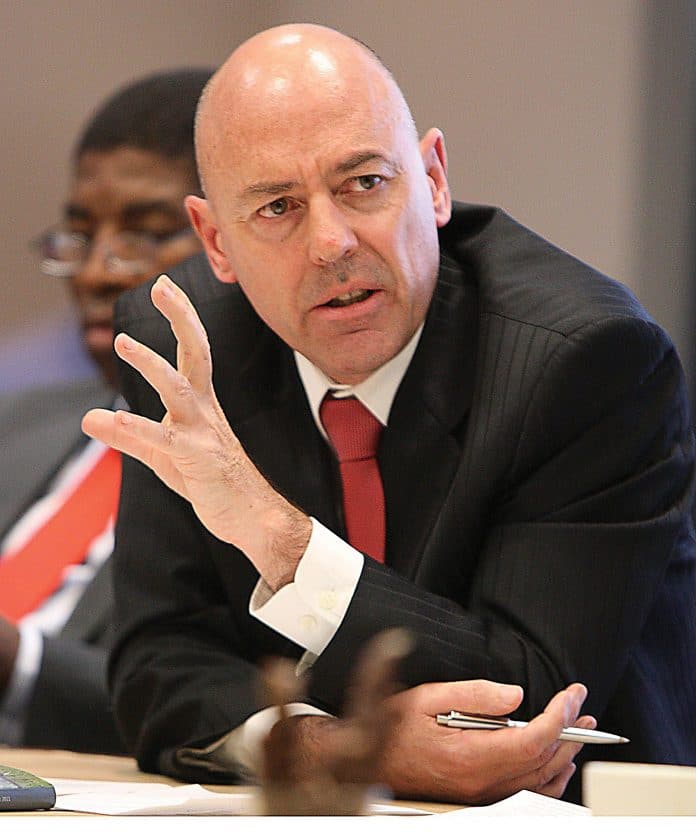 By Theo Botha – Partner in Corporate Governance.Pro and a Director of CA-Governance

The English playwright Shakespeare asked “What’s in a name?” Journalists would no doubt answer: “Lots of sensation!” That’s how, since 2002, I have become known as Africa’s most visible shareholder activist. In truth, this is a misnomer if you interpret the label as one who combines concerns about an entity’s actions (or inactions) with corporate action or share transactions, because that’s not my way.

Let’s coin another phrase: governance activism. If we all accept for the moment that governance refers to ‘conduct of life or business; mode of living, behaviour and demeanour’ and even the less-used ‘discreet or virtuous behaviour; wise self-command’ from the full Oxford English Dictionary 2004 (meanings 4a and 4b), then my focus is truly about getting the governance of modern businesses to be sound. Sound in the sense that they really consider the interests of all stakeholders and that they play fair. In my opinion, sound governance drives environmental and social issues.

My operational area tends to be Southern Africa, with predominance in South Africa, where most of the listed company activity takes place. However, I have been active in London, Dublin and Harare, too. We’re a pretty tough bunch, starting from mining roots in the 19th century and a ‘can-do’ attitude about most things. These days there are very few sectors that are unrepresented here in one form or another.

Unfortunately, this frontiersman attitude can spill over to corporate behaviour and, if unchecked, can lead to very unsound governance practices.

Which is how, after some very bad investment experiences, I became a governance activist. The first instance was linked to an investment a life assurance company called Sage Life had made in a subsidiary operation in the US. It turned bad and the Sage board of directors did not play open cards with its equity investors, even after significant prompting. It was eventually too late to stem the bleeding and Sage collapsed.

My observations of the procedures and the lack of transparency during the annual general meeting of shareholders were like a bucket of ice-cold water in the face. I simply couldn’t believe that shareholders could be so apathetic, do their analyses so badly and were so shy to come forward and challenge management and the directors. I also could not believe the methods the directors used to avoid discussing the real issues.

That was 13 years ago. I wish I could say that things are now vastly different. There has been a significant change in the bigger picture but the general stakeholder is quite often still left aghast. We’ve recently seen a board do everything it can to prevent a sizeable shareholder from voting its shares, using the most pernickety of objections to a proxy form; we’ve seen companies state compliance with codified governance guidelines when these are clearly not true; we’ve seen an unwillingness to be open about what was said at previous meetings; we’ve seen attempts to obfuscate and unwillingness to face true business risks and name them.

Critics of governance activism often view the matters I get concerned about as less important. They’re looking for greater share value growth and this seems far removed from an inappropriate chairperson choice for Anglo American Platinum (Amplats), for example. Sadly, the risks are all too real: I see them regularly, also on boards where I sit. In the Amplats case the former CEO has now spoken openly about the way that the choice of chairperson hampered management’s ability to generate results; this is one vindication of the concerns I expressed at the time, as an almost lone voice. The point is that these are not theoretical arguments; they go to the heart of doing sustainable business, generating strong performance and yet keeping the support of a wide-ranging group of stakeholders.

Africa is often not a kind and nurturing environment. The crisis of striking Lonmin Platinum mineworkers at Marikana, a north-west province in South Africa in August 2012, which ended in major bloodshed after questionable police actions, could in all probability have ended vastly better had management not decided to turn a blind eye to over-borrowing by employees and the disastrous living conditions of its employees; this was a governance issue that had been flagged but ignored.

There continues to be a link between sound governance approaches and the law of the country involved. Many critics ignore that, but many pieces of legislation and business sector guidelines are now stressing the responsibilities of not only the business entity itself but also those who hold investments in it and who need to take responsibility for their role in keeping management and directors ethical. This is still fairly new in Africa and, in South Africa specifically, is getting lip service from many asset managers – a proverbial shuffling of the feet with little actual movement.

The developing countries of the world generally show large disparities between those who have amassed large wealth and those who have not, which often includes large numbers of destitute people. In these circumstances the remuneration issues take on special importance. Africa and South Africa have special problems, with a feeling that within one country there are two or more separate ‘countries’. We’ve seen these issues creep into boardrooms as ethical questions; in one or two cases executives have now declined proposed remuneration packages because of the great disparities. The problem is that the issue of remuneration is a potentially incendiary one and yet many boards do not accept this as a risk that they need to face with any alacrity. There is a groundswell of some importance that is urging greater restraint at executive level but this is by no means strong yet. Unfortunately, it might become a political issue to a far greater extent than is good for the free market system, inviting draconian regulation or similar legislative action.

Africa and South Africa, in particular, needs a great many more governance activists and we need to hold directors to account – but we also need to hold account those shareholders who don’t always exercise their votes in a responsible manner. We also need a new breed of asset managers: institutions that act like long-term investors and thus play a major role in ensuring sustainable, sound governance for the benefit of all stakeholders. And where this is not in place, shareholders can play a role as change agents. People like me still have a lot of work, even though we often do it as a labour of love.

Theo Botha has a background in business that started in 1987 after his academic studies in accounting and a five-year stint at a major international audit firm where he did his articles of clerkship, as is the practice in South Africa. He has been involved in governance activism since 2002, where his focus lies on the areas of sound governance generally and ethics, executive compensation, environmental practices and the empowerment of previously disadvantaged persons specifically.

He currently serves as a director of a number of companies, is a member of the committee that has issued and maintains South Africa’s guidelines for responsible stewardship of investments in companies, and is regularly approached for his views on published reports, notably remuneration, sustainability and integrated reports. Mr Botha can be reached at Theo.Botha@CorporateGovernance.Pro or followed on Twitter at @tjbbotha. Other references include the following video clip from 2010: https://www.youtube.com/watch?v=smfMAlFUKdE

The comeback of hostile takeovers