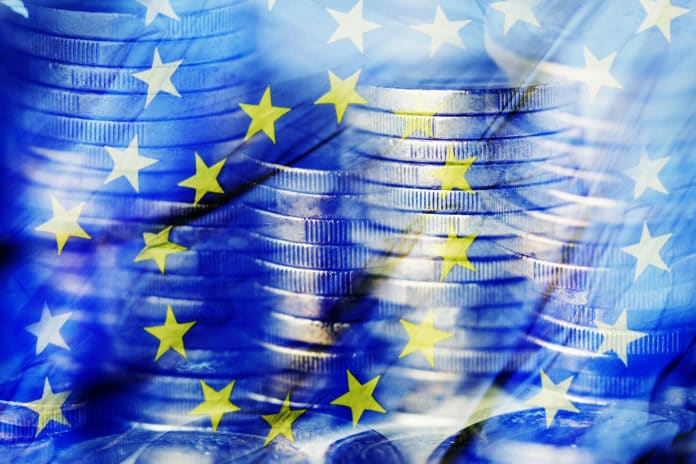 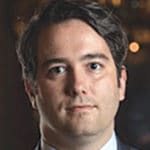 In the view of European Parliament and the Council, a company’s remuneration policy should contribute to the business strategy, long-term interests and sustainability of the company, and should not be linked entirely or mainly to short-term objectives.

Regulatory developments will then affect many member states, strengthening shareholder power across EU markets. As of today, many countries have initiated the transposition of the directive into local law with certain flexibility. Proxy season 2020 will be the testing ground for the implementation of the directive and for the real impact on shareholders’ voting behaviour at general meetings.

Compensation-related resolutions at 2018 general meetings across Europe were still in the limelight. The approval of incentive share plans remains the most contentious item, recording the highest dissent on average. The latest Morrow Sodali survey confirmed executive pay as one of the main areas where boards and shareholders are still likely to disagree.[1]

Institutional investors are expected to demand enhanced disclosure of pay metrics and seek a closer alignment between pay and performance. When evaluating incentive schemes, institutional investors are keen to understand how sustainability key performance indicators (KPIs) are utilised, particularly those linked to a company’s risk management and long-term business strategy. Investors might, for example require introducing verifiable metrics related to climate change into executive compensation plans.

Investors are refining their expectations for boards while managing strategic oversight. There has been an increasing awareness on remuneration committees in promoting actions and behaviours reflecting companies’ values and culture. Remuneration committees are tasked with a pivotal role in defining incentive structures that are really tied to a sustainable long-term achievement of financial, operational and individual objectives, consistent with the company’s industrial plans.

Communication between the chairman of the remuneration committee and shareholders has gained momentum over the past two years. Investors generally welcome having a line of sight into decisions taken in the boardroom about executive compensation and the willingness of directors to engage in dialogue can be perceived as a signal of board effectiveness and solid board culture.

All French-listed companies are required by law to submit the remuneration report and remuneration policy of their executive corporate officers to shareholders for binding approval. The level of average ‘free float dissent’ (as percentage of votes not aligned with management recommendations, excluding reference shareholders) has decreased significantly over the last few years, from 15 per cent in 2017 to 11 per cent in 2018. Executive compensation remains a high-profile topic, concentrating about 50 per cent of company-contested situations. All ex-ante resolutions on compensation policies were approved with an average adoption rate of approximately 88 per cent. The compensation policy for two chairmen and chief executive officers was, however, approved at a rate of less than 60 per cent. Their 2017 compensation had also been approved with a score of less than 60 per cent.

2018 was the first year of implementation of ex-post, say-on-pay, as required by law. The average approval rate for these resolutions reached approximately 91 per cent. The compensation of four senior managers was approved at a rate of less than 60 per cent. Of these four senior managers, three saw an increase in their total compensation between 2016 and 2017. Two of the increases were less than 15 per cent and one was 80 per cent. This last increase had been pre-announced by the company in its 2016 registration document as the prior compensation was below that of comparable companies.[2]

Institutional investors’ main concerns relate to the level of disclosure on incentive schemes and stringency of performance conditions. According to the last AMF report on corporate governance and executive compensation in listed companies, most of the French companies did not disclose the exact performance criteria associated with variable compensation, for reasons relating to business plan confidentiality. Conversely, only some companies described the content and weighting of each performance criterion in detail in a table. Greater attention is paid to the possible offsetting mechanisms for performance criteria on short-term bonus or LTIP awards (underachievement of some criteria offset through overachievement of others). Lack of information on post-mandate vesting of awards and pro-rating for time also remain a frequent driver of negative votes. Nonetheless, discretionary decisions of the board and lack of information on the assessment of qualitative criteria are perceived as a concern. Degree of tolerance of exceptional remuneration remains low.

For 2019, investors will probably place greater focus on vested LTIP awards. Compelling justifications are expected in case of change in the performance conditions initially provided under the plans.

Only eight companies among the DAX 30 constituencies submitted say-on-pay resolutions to shareholder approval. In Germany, say-on-pay is still voluntary rather than binding and typically, only occurs every five to seven years.

Overall support for compensation-related resolutions, including also the provisions for non-executive directors, has dropped significantly to 86 per cent of votes cast. Remuneration concerns that have consistently been raised by shareholders point mainly to disclosure levels for both short- and long-term incentive plans, overall level of independence for remuneration committees, performance measures utilised and infrequent use of equity as a remuneration component. In some cases, investors have raised issue with the excessive supervisory board discretion in granting special one-off bonuses or adjusting pay-out awards (which is mostly due to a lack of disclosure, rather than arbitrary decision-making processes).

Along with the upcoming implementation of the Shareholder Rights Directive, the revision of the German Corporate Governance Code foreseen for June 2019 provides prescriptive recommendations on long-term incentive plan designs. Companies are praised to disclose the target levels, weightings, and vesting schedules, at least retrospectively. Other recommendations will then affect the introduction of clawback and malus clauses, as well as ownership guidelines.

In Italy, the dominant form of ownership is still de-facto control, but the number of widely held companies is increasing, especially within the banking sector. During the last years, most Italian companies introduced remarkable changes in their respective remuneration policies, improving disclosure practices. 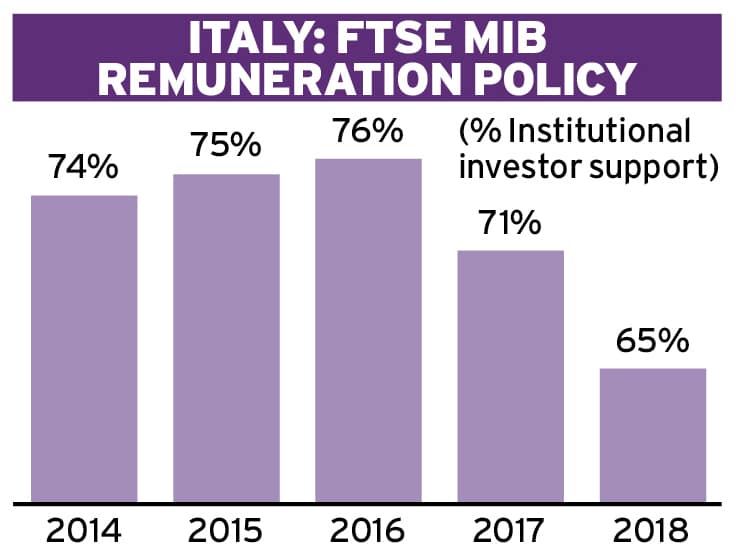 In general, the approval level for remuneration policies in 2018 attained approximately 88 per cent of votes cast and slightly below the average registered in other European markets. A more in-depth analysis, which considers only the voting instructions submitted by institutional investors, reveals that in 2018 only 65 per cent of them backed remuneration policy reports. Despite the data showing a progressive alignment between institutional investor expectations and compensation practices of Italian-listed companies over the past five years, the last proxy season undoubtedly marked a step back. The dissent manifested by international funds in 2017 was even lower – 71 per cent of minorities supported the resolution (while in 2016, the figure reached 76 per cent).

It must be noted that several companies have progressively reduced the severance agreement packages on behalf of executive directors to two years of annual compensation. This represents a positive improvement with respect to previous years when the remuneration policy of these companies included clauses giving access to indemnity payments over three years’ compensation. A move away from cash-based, long-term incentive plans to rolling share-based plans represents a new trend. To this extent, many companies have improved the disclosure with respect to performance measures by detailing the weight of each performance criteria, a minimum target level and vesting thresholds. In some situations, companies have started detailing their incentive KPIs by providing narrow, absolute target levels and corresponding vesting schedules aligned with the guidance divulged in strategic business plans.

Investors envisage material enhancements in disclosure practices after the transposition and implementation of the revised Shareholder Rights Directive. In fact, for the first time, shareholders will be given the right to vote on the remuneration report, assessing the real pay-for-performance alignment.

In anticipation of the revised Shareholder Rights Directive, Spain has adopted a say-on-pay model, which introduced a binding vote on remuneration policies (ex-ante) at least every three years and an annual advisory vote on the ex-post report. While only in a few cases overall dissent for remuneration policies exceeded 10 per cent of votes cast, the opposition of shareholders was more pronounced on the implementation report. 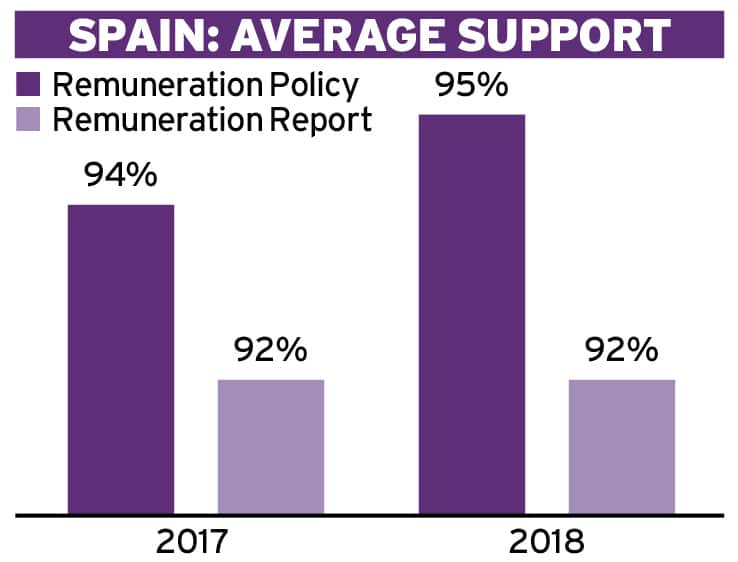 In order to reinforce the independence of the remuneration and nomination committees, the National Securities Market Commission (CNMV) has recently released a technical guide. The aim of this document is to promote the proper functioning of these committees in Spanish-listed companies, given that the selection, appointment and system for remuneration of board members and senior managers are key aspects of good corporate governance. To this end, the technical guide encloses a series of principles, good practices, and criteria on how these committees can improve the performance of their functions.

Say-on-pay has proved that investors’ active stewardship, through voting and engagement, is positively related to the increased awareness over pay for performance. Political uncertainty and social instability suggest that a sustainable compensation should embed also non-financial elements and focus on external stakeholders. A new approach to thinking is needed and remuneration committees could drive this cultural change bringing ESG (environmental, social and governance) metrics into the mainstream of executive pay. The fertilisation of this new philosophy among employees is essential.

Companies should have a clear motivation for socially responsible actions in executive compensation systems in order to implement the business strategy effectively. To this extent, the revised Shareholder Rights Directive is recommending companies clearly indicate the financial and non-financial performance criteria in their remuneration policies, including, where appropriate, targets related to ESG factors. This would motivate directors to recognise the best long-term interests of the company and its environmental and social impacts.

Fabio Bianconi is Director at Morrow Sodali, a global leader in corporate governance consulting, shareholder and bondholder transactions and institutional investor relations. He is focusing on helping companies to enhance communications with their stakeholders and third-party opinion-makers and to analyze their current practices in light of the current corporate governance landscape and their own business developments. Mr. Bianconi also assists companies in designing compensation related proposals and remuneration policies. During his career he has specialized also in capital markets regulation, activism, merger & acquisition, cross-border standard-setting providing expertise in both corporate and shareholder perspectives.

Mr. Bianconi has a strong experience in providing advice/consultation, educational sessions on specific governance related issues to boards, senior management, AGM planning groups and investors. Prior to joining Morrow Sodali, Mr. Bianconi served as Head of Corporate Governance Advisory at Georgeson and corporate governance analyst for ISS Proxy Advisory Services. He has also served as researcher at Financial Times Idc a leading international supplier of financial market and company information services to the finance, banking, corporate and government sectors. Fabio Bianconi has a degree in Political Science and a Master in International Affairs and Finance. He currently sits on the Ethics and Systemic Risk Committee at the International Corporate Governance Network (ICGN)

1.The Morrow Sodali survey, the fourth of its kind, was conducted in December 2018. Forty-six global Institutional Investors, with $33trillion of assets under management, responded to the survey.