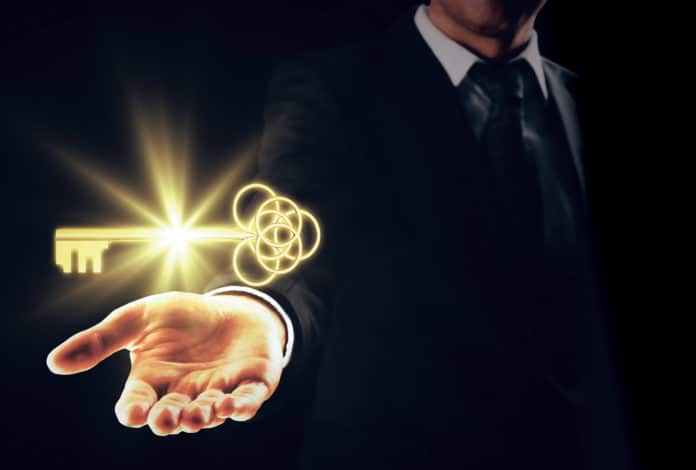 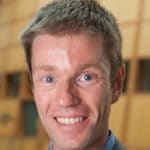 By Jason Schloetzer – Associate Professor of Accounting at Georgetown University

Shira Goodman’s appointment as interim CEO of Staples Inc. in May 2016 followed a tumultuous time for the company. The US government had rejected its proposed mega-merger with Office Depot and its 14-year company head Ron Sargent had just resigned.

Three months later, Goodwin was confirmed as the permanent CEO after the board evaluated internal and external candidates with the assistance of an executive search firm.

Jeffrey Boyd’s appointment as interim CEO at online travel agent Priceline Group in April 2016 came on the heels of Darren Huston’s termination as CEO due to the board’s conclusion that Huston’s had broken the company’s code of conduct policy by having an extramarital affair with an employee. Eight months later, based on the recommendation of the board’s search committee, Priceline’s board elevated company veteran Glenn Fogel to the CEO position.

These two examples demonstrate the unique circumstances that are often present when boards of directors appoint an interim CEO. Approximately 10 per cent to 15 per cent of CEO successions among large US companies involve such an appointment.[1] Interim candidates are often seasoned executives who have held increasing levels of responsibility in the company, such as Goodwin at Staples, whose tenure with Staples exceeded 20 years. Interim CEOs are also frequently selected from the board, as was the case with Boyd at Priceline, who was the company’s non-executive board chairman.

The average interim CEO remains in the position for six to nine months before a permanent CEO is appointed.

Asleep at the wheel

Interim succession is traditionally viewed as a significant corporate governance failure. Directors were asleep at the wheel, unable to develop the next generation of top leadership and adequately prepare for a CEO succession. The result is a board that is scrambling to organise a search committee and, to buy themselves some time, is forced to appoint a ‘temp in the corner office’. This kind of interim CEO does little more than increase stakeholder uncertainty, muddle through strategic decisions and polarise the top management team due to infighting among potential permanent CEO candidates.[2]

Evidence used to support this view of interim CEOs as value destroyers is two-fold. First, multiple surveys highlight that directors allocate little time in board meetings to discuss succession planning, perhaps as little as two hours per year.[3] If boards devote such little time to routine succession planning issues, how could the board be prepared for a non-routine event? Second, corporate governance commentators might point to the larger decline in stock price when the board appoints an interim CEO compared with companies whose boards appoint a permanent internal or external candidate, as clear evidence of a failed succession. Both pieces of evidence suggest directors have failed their shareholders, right?

“This kind of interim CEO does little more than increase stakeholder uncertainty, muddle through strategic decisions and polarise the top management team due to infighting among potential permanent CEO candidates”

It is not that straightforward. A comparison of stock price declines around the announcement of an interim CEO to more routine, permanent successions events, is certainly informative as it suggests there is greater uncertainty facing boards that appoint an interim relative to boards that appoint a permanent successor. However, as the Staples and Priceline examples highlight, it is reasonable to believe that stock prices are adjusting to more than the interim CEO appointment itself. For Staples there was the confirmation of the failed Office Depot merger and that a change in the strategic direction of the company was forthcoming. For Priceline, it was the revelation of unexpected internal actions that provided new information regarding the firm’s corporate culture. Both of these events were likely to increase uncertainty and have a negative impact on stock price. This clouds our ability to attribute a negative short-window market reaction to the appointment of an interim CEO itself. Moreover, it becomes important to compare the stock price reactions of companies experiencing similar strategic circumstances whose boards selected interim CEOs, versus permanent CEOs. This type of comparison is difficult to make, given the unique situations that are often present when an interim CEO is appointed.

Another recent study provides little evidence of poor performance in the months following the appointment of an interim CEO, with negative market value implications not reflected until an interim had served for more than one year and little evidence
of an increased likelihood of corporate failure.[5]

It seems reasonable to interpret the negative relation between a company’s market value and the presence of an interim CEO who has served for more than one year as being driven by the specific circumstances of these companies rather than to the long-term use of an interim CEO itself. So, while interim CEOs are often viewed as value destroyers whose only function is to provide an unprepared board the time they need to get their act together, the available evidence is not as negative and persistent as one might think.

Perhaps there is another, less dismal, view of interim CEOs, one that contextualises the succession decision, given the company’s current needs. Rather than force a one-size-fits-all view of interims as value destroyers, what if one instead analyses the ‘match’ between the interim CEO’s characteristics and the situation? Recent research observes that the notion of an interim CEO simply serving as a seat warmer – a board member who acts as the temporary CEO for less than three months while the board finalises its search for an external replacement – reflects only one of the six types of interims that directors appoint during a time of transition. The other five types of interims are the contender, marketer, cleaner, fixer, and groomer.[6]

Consider the situation the board of Staples found itself in – the directors had supported a major strategic shift involving a large merger in order to increase the company’s competitive capabilities. Now, the board finds itself needing a substantially new strategic direction. It would arguably be prudent for the board to take some time to reflect on how best to handle the fact that a new direction was needed to compete with online powerhouses, such as Amazon. This new vision could come from an internal or external candidate but certainly would require deliberation. To facilitate this internal discussion, the board selected Goodwin, a company veteran with significant operating experience and an heir apparent for the CEO role even before Sargent’s departure. Goodwin fits the mould of a contender – she was an interim selected from the management team who ran the day-to-day operations of the firm as if she were the permanent CEO. Evidence of this is that she was not an external hire and did not possess a lengthy track record of negotiating ways to sell the company. This would be the typical profile of an interim who is a marketer – an outsider with experience setting companies up for a sale. Goodwin was also not given a clear, publicly stated mandate to quickly divest a significant part of the business in order to boost lagging company performance. That would be the role of an interim who is a cleaner – an outsider with turnaround experience who has a proven track record of divesting parts of a business or entire segments. 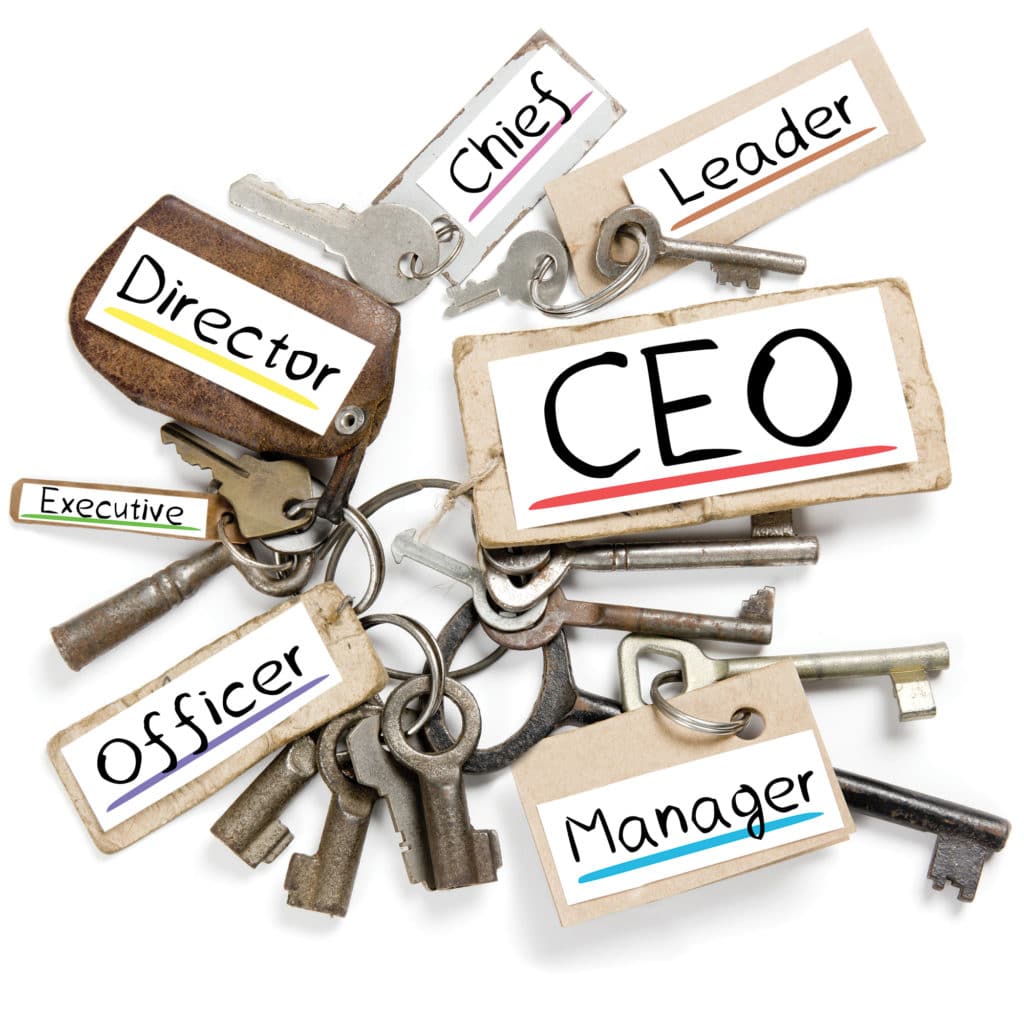 So why did the board choose to appoint Goodwin as an interim CEO? Contenders are given time to prove to the board that she/he should be named the permanent CEO. While Goodwin had significant operating experience, she had only been promoted to a role consistent with heir apparent five months before the succession event took place. By naming her as interim CEO, the board effectively accelerated what was likely a pre-existing, organised succession plan, giving her time to demonstrate she was ready for the position while also giving the board an opportunity to vet other internal and external candidates. Given the situation, naming an interim CEO seems like an informed decision and investors did not seem disappointed – there was no difference between Staples’ stock price movement in the days around the announcement of Goodwin as interim CEO relative to its competitors. Besides, what would shareholders think if the board had succumbed to the pressure of appointing Goodwin as a permanent CEO only to find a few months later that she was not a good fit? Appointing the wrong permanent successor would have certainly been a succession failure.

Turning to Priceline, Boyd was chairman of the board at the time he was appointed to the interim CEO role. He was Priceline’s CEO for 11 years and thus had deep knowledge of the company and its competitive position. Priceline did not need a fixer – a board member, former CEO, or founder whose charge is to quickly repair a failing company – because Priceline did not have poor financial performance at the time of Huston’s departure. Huston had been in the CEO role for less than three years, so it is likely that the board’s new succession planning process was still taking shape. And, given the circumstances surrounding Huston’s departure, external stakeholders needed some assurance that Priceline’s board had the situation under control and that the internal investigation did not uncover other malfeasances. Given this situation, Boyd’s appointment as an interim CEO fits the mould of a groomer – a former CEO or founder whose main responsibility is to manage external stakeholders while grooming the permanent replacement. Boyd was a good fit, given Priceline’s circumstances at the time. He had the experience to assuage external stakeholder concerns and had the organisational legitimacy to shake up the top management team by replacing a key executive (and potential successor) from one of the company’s operating units. Boyd’s significant experience as the company’s CEO provided him with the skills needed to groom company veteran Glenn Fogel as his replacement after serving as interim CEO for eight months.

The Staples and Priceline examples illustrate a broader point: while boards certainly should avoid the circumstances that often lead to the appointment of an interim CEO, it remains unclear whether the use of an interim CEO itself is evidence of a corporate governance failure. Rather, it is important to consider the ‘match’ between the interim’s characteristics and the company’s needs. The use of an interim CEO provides boards with a valuable option that can minimise the risks associated with the immediate appointment of a permanent CEO when directors find themselves in a unique corporate situation.

Jason Schloetzer is the William Charles Sonneborn Associate Professor of Accounting at the McDonough School of Business, Georgetown University. His research focuses on management control systems, with an emphasis on controls related to corporate governance and the value chain. He has published in leading academic journals, and is a frequent contributor to The Conference Board, for which he has authored articles on hedge fund activism, board structure, and CEO succession. Schloetzer received his doctorate from the Joseph M. Katz Graduate School of Business, University of Pittsburgh.

2 Christine Mooney, Matthew Semademi, and Idalene Kesner, The Selection Of An Interim CEO: Boundary Conditions And The Pursuit Of Temporary Leadership, Journal of Management, forthcoming.

5 Gary Ballinger and Jeremy Marcel, The Use of an Interim CEO during Succession Episodes and Firm Performance, Strategic Management Journal, Vol. 31, No. 3 (March 2010), p. 262-83.

6 Much of this discussion is drawn from insights in Christine Mooney, Matthew Semademi, and Idalene Kesner, Six Ways Companies Use Interim CEOs, Organizational Dynamics, Vol 41, (2012), p. 13-22.