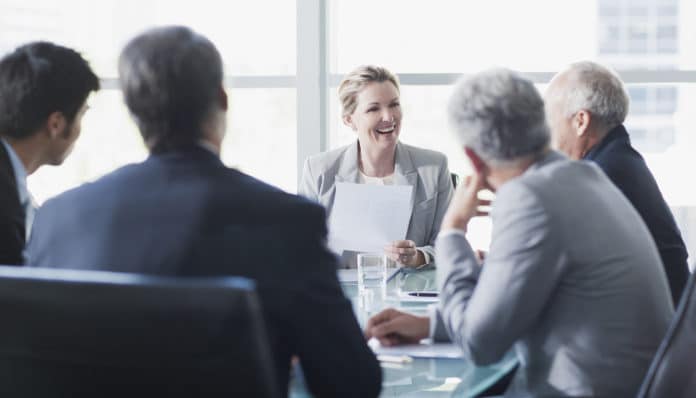 Investors are continuing their push for board diversity in the 2019 proxy season that was set into motion two years ago. Drawing on the energy from events, such as BlackRock’s letter to CEOs, demanding meaningful change in board composition, more investors are becoming vocal and more definitive about what constitutes boardroom diversity.

This year, the New York City Pension Fund will continue its push for disclosure via a matrix that will disclose directors’ gender, race and skills. This is part of its ongoing Boardroom Accountability Project 2.0 that focusses on electing more diverse directors to public company boards. While disclosure doesn’t always translate into the election of more diverse directors, it does shine a light on what qualities and skills companies are prioritising in the boardroom.

In addition to investors, proxy advisors are taking a stronger stance on diversity in 2019. Glass Lewis has implemented a policy where it will recommend voting against nominating committee chairs if a board lacks female directors. Institutional Shareholder Services (ISS) has plans for a similar policy that will take effect in 2020.

For 2019, ISS has added a board diversity subcategory, which includes questions about women on the board and named executive officers as well. In 2020, for companies in the Russell 3000 or S&P 1500 indices, ISS will ‘vote against or withhold from the chair of the nominating committee (or other directors on a case-by-case basis) at companies when there are no women on the company’s board’, according to its 2019 policies. ISS did note that there were a few mitigating factors it would consider next year, including a firm commitment in the proxy statement to appoint at least one female to the board in the near term.

Eyes will also be on California companies to see if those companies lacking female directors have begun to change, given the mandate that companies headquartered in that state must have at least one female director by the end of 2019. Some boards will be required to add up to three women by the end of 2021, based on their board size. A recent article published by Bloomberg noted that the California law will open up about 692 board seats to women. If 49 other states followed suit, about 3,732 seats would open up to women.

But for all the talk about board diversity, are the demands from investors and additional disclosure requests from proxy advisors actually making change in board composition?

Are investors getting results?

The increased engagement from investors over the past few years has produced some tangible results. Some investors sent letters to companies informing them that they would vote against nominating committee chairs if there were no female directors or candidates. As a result, some companies added a female director to the board or noted that they would add a woman in the near future. During the 2017 proxy season, State Street sent letters to 600 companies in the US, the UK and Australia, explaining that it would vote against the chair of their nominating committees if there were no female directors or candidates. During the 2017 proxy season State Street Global Advisors voted against 512 companies for failing to take action regarding their board gender diversity. In the first half of 2018, through several country proxy voting seasons, it voted against 581 companies. But there was some progress made. As a direct result of the engagement, State Street reported that 152 companies added a female director to their board and 34 companies agreed to do so in the future.

While there has been some progress made, there is still work to be done to include more female voices in the boardroom. According to our study, nearly half of S&P 500 boards had at least three female directors. However, if you broaden the lens globally, the numbers aren’t as inspiring. According to the Egon Zehnder Board Diversity Tracker, only 13 of the 44 countries in our study averaged three or more women on the board and eight of those 13 countries had quotas that mandated a specific number of women.

So why the slow progress? The most common answers are that companies can’t find women who have the qualifications they are seeking or that board turnover rates are low, leaving few seats available every year. Both of these responses can easily be debunked, but one of the overlooked causes is the lack of women who hold leadership roles on the board. Only 5.6 per cent of board seats are held by women in board leadership positions, according to our Global Board Diversity Tracker. A study done by Deloitte noted that companies with a female chair had almost twice as many female directors as male-chaired companies.

How to improve your board composition

With the 2019 proxy season underway, there are several actions boards can take to ensure they are in compliance or proactively adding diverse members to the board.

“During the 2017 proxy season, State Street sent letters to 600 companies in the US, the UK and Australia, explaining that it would vote against the chair of their nominating committees if there were no female directors or candidates”

■  Open the aperture when looking for new directors  As boards look to diversify, they will need to expand the lens through which they assess potential new directors. There are relatively few female CEOs and CFOs (the typically desired titles in board recruits) – Egon Zehnder’s Global Board Diversity Tracker found only 3.7 per cent of CEOs and 12.2 per cent of CFOs are women. To recruit more diverse candidates, boards need to expand the types of experience and backgrounds they look for in potential directors. Think about the needs of your company today and tomorrow and look for directors who bring those skills. For example, if you are expanding into a new market, perhaps a director with experience doing business in that country would be helpful, but not necessarily a CEO or CFO.

■  Aim for more than one diverse director  While investors haven’t set a specific number of female directors they like to see on boards, many companies have pointed to three as the magic number it takes to really affect the way boards make decisions. There is still more progress to be made in getting to critical mass, as less than half of boards globally have at least three women, according to our 2018 study.

■  Expand your board  While you don’t want to have an unwieldy number of board members, sometimes even a temporary expansion of the board can make a big difference in diversity and in board performance. For example, when ITT was conducting a board search, the company identified two women with different credentials who were both very strong candidates. Rather than select just one and lose out on the expertise of another, ITT expanded its board to accommodate adding both directors.

■  Enhance your disclosure narrative  Many companies are responding to investors this year by including enhanced disclosures about their board refreshment practices. This is an opportunity for the nominating and governance committee to explain its philosophy about board recruitment and to use tenure or age-limiting mechanisms to refresh the board.

■  Use emerging priorities as a mechanism to find new talent  As environmental, social and human capital concerns become more significant for investors and the public at large, boards need to disclose how they are considering and integrating processes that create a sustainable trajectory for the company. These issues are a major part of risk management and strategy development and directors with experience in these areas would benefit boardroom discussions. As you seek different types of expertise, you may find more gender diverse candidates organically. For Hering, a $900million market-cap retailer in Brazil, shareholders had pushed the board to recruit directors who had more retail and digital expertise. While seeking that talent, the company ultimately added two women to the board who possessed just the type of experience it needed.

■  Implement a robust board succession planning process  Succession planning is not a one-time event – it is an ongoing process that allows the board to continually take stock of the skills it currently possesses and to evaluate what skills it will need in the future. When directors view the process that way, it is more likely that candid conversations can be held if an individual director’s skills are no longer required on the board.

While these actions illustrate several ways for boards to add diversity, not every suggestion is applicable to every company. At a minimum, though, every company should have ongoing discussions about the talent needed in the boardroom to truly make their companies strong, competitive, resilient and innovative. 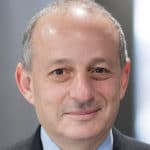 Ashley Summerfield leads the Global Board Consulting Practice at Egon Zehnder. He specializes in building boards and CEO succession. 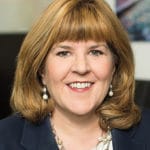 Lisa Blais leads the US Board Practice at Egon Zehnder. She was also the co-founder of the firm’s US Diversity Council.

When one swallow made the spring