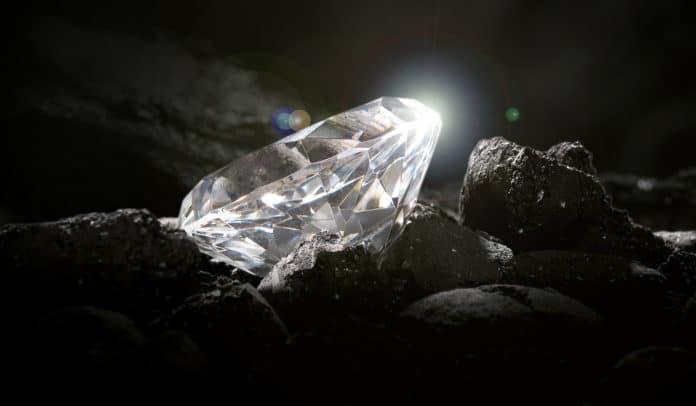 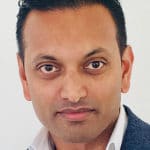 Understanding the issue of executive pay in the past year of 2020 comes down to one fundamental principle; companies need to walk the talk, otherwise they’ll make a drastic misstep.

Yes, the Covid-19 pandemic changed everything for business around the world. But while the impact of mass unemployment globally has focussed the spotlight on executive performance and remuneration, these were already issues that were becoming increasingly scrutinised over the last two decades.

So, with economic uncertainty still pervasive, and a growing trend of scrutiny gaining momentum, how should companies be approaching the issue of executive pay as we move into the new decade?

The concept that executive pay and performance should correlate is nothing new. Since the 1970s, companies around the world have diligently followed Milton Friedman’s economic theory that ‘there is one and only one social responsibility of business – to use its resources and engage in activities designed to increase its profits’.

On a literal interpretation of Friedman’s economic model, companies have primarily demonstrated their value in terms of profits and shareholder returns. However, there are two established difficulties with that approach.

Firstly, many would agree that while returns are important, the strategy and tactics by which you arrive at those profits is equally important. But secondly, that broader interpretation of Milton’s theory is incredibly difficult to measure.

In 2019, the UK Investment Association, which represents more than £7trillion ($9trillion) in assets, responded to investor dissent of FTSE 350 companies not acting on executive pay concerns by issuing a new version of executive pay guidelines for disclosures. The focus was clear: companies need to demonstrate the link between pay and company performance. If they don’t, they should brace themselves for more shareholder revolts.

Similarly, in the US, the Council of Institutional Investors (CII) also raised concerns on the ‘excessive complexity in US executive pay plans, and questions on the effectiveness of approaches to pay-for performance’.

And it’s fair to say that this regulatory concern seems well-founded. Our own research from earlier in the year found that there are indeed vast disparities between compensation at select companies within the S&P 500 index and their total shareholder return (TSR).[1]

Investors expect pay aligned to performance. Yet more than half of S&P 500 companies show a disproportionate pay-for-performance alignment. In 2018, the CEOs on the S&P 500 index received an average of $14,748,284 in total granted pay and $19,276,476 in total realised pay. Yet the average one-year TSR for S&P 500 companies in 2018 was six per cent; hardly compelling.

The combination of regulatory oversight and attitudes to business means that remuneration policies need to be clear, without ambiguities. Reduced commercial activity needs to be reflected in both short-term and long-term performance compensation practices. However executive pay should continue to be aligned with company performance. And investors are keeping a very close eye.

No longer willing to tolerate vague language in reporting on executive pay, it’s clear investors want sustainable achievement, clearly linked to performance, aligned with market practice and the data to back it up.

It is sobering to consider that, even in at the start of 2019, the top 35 highest-paid CEOs on the S&P 500 were entering the year having received a combined total realised compensation (TRC) of almost $3billion.

Looking back at last year’s proxy season, while executive compensation programmes at S&P 500 companies continued to see more than 90 per cent approval on average, opposition is on the rise and scrutiny has become sharp. Large passive investors have become more hesitant to approve large one-time retention awards, unrestricted equity to executives, and executive incentive grants with no performance criteria.

This kind of opposition has led to a significantly decreased number of variable incentive awards and increased share ownership thresholds. The larger proxy advisors have also advocated these changes.

Companies, such as Capri Holdings (formerly Michael Kors Holdings Limited), NVIDIA Corporation, Constellation Brands, Inc., Goldman Sachs Group and Capital One Financial Corporation, all had CEOs rank in the top of their sectors for TRC in 2018. Yet, each of these companies also had a 2018 TSR in the bottom 20th percentile of their industry.

As investors and proxy advisors became more aware of this disparity, companies are beginning to expect serious questioning to their boards’ remuneration proposals, and we already know that activism grew significantly in 2020, long before the pandemic started to have its impact. The trend had already started. In a separate activism study, we found that in 2019, the number of campaigns globally increased significantly to 893 (compared to 655 in 2018). By July 2020, there were 797 activist campaigns and the figure is still increasing.[2]

Issues of governance, skill set, diversity and independence were all significant causes of activism. The findings showed that TSR is a key indicator for activism as one of the most accurate metrics for success.

‘In order for a board to be truly effective, the chairman needs to nurture conditions that allow non-executive directors and board committees to function in a way that promotes the long-term interests of a company’

We found that the median total granted compensation for CEOs grew continually from 2015 to 2019, while the year-on-year TSR of companies globally grew between 2015 and 2017, peaking 101 per cent, then began a downward trajectory from 2017 to 2018, dropping by 68 per cent in 2018, before it picked up in 2019 by seven per cent. Shareholders increasingly feel that executive pay should be closely linked to performance as well as to ESG issues.

On the other hand, the total realised pay globally also grew consistently between 2015 and 2019, except for 2016, while TSR dipped between 2017 and 2018 but rose again in 2019, jumping seven per cent. Over a three-year period, executive compensation consistently outstripped TSR. This reveals that, while companies have consistently granted their CEOs generous compensation packages, they are not effectively aligned with their returns to shareholders – and this is something activists have been examining for some time.

The impact of the pandemic

Businesses globally have seen financial impact of Covid-19, having made hard choices to lay off or furlough employees, cut salaries and, in some cases, have received state aid in order to preserve cash and stay afloat.

In addition to these measures, some businesses have taken an additional step and adjusted the compensation practices for their executives and board members (mainly in form of reduced base salaries and cash fees).

By the end of May 2020, we saw 554 companies in the Russell 3000, 88 of which are listed on the S&P 500 index, issue pay adjustments to executives, as well as to their board of directors. As a result, the total amount of base salary reductions for the CEOs of these companies will approximately equate to $166million in 2020. On the face of it, this was largely positive.

Knowing that companies can no longer afford to maintain multi-million-dollar remuneration packages for their leaders, of the 554 companies in the Russell 3000 that exercised changes to compensation, seven per cent adjusted compensation for only the CEO and roughly one-third adjusted compensation for CEO and NEOs. Fifty-seven per cent of companies went further than just reducing their executives’ pay, extending the pay cuts to include the board. However, when looking at the detail, there remains a concerning lack of transparency.

Of the companies that imposed changes in compensation affecting the CEO, three-quarters specified the amount of the pay reduction, while 17 per cent did not disclose exactly how much of a cut their CEOs were taking.

Moreover, although many companies announced their chief executives were showing solidarity with employees by forgoing some of their pay, for many it turns out that their sacrifice was minimal.

Analysing the data, we found that two-thirds of the chief executives took reductions that were equivalent to only 10 per cent or less of their 2019 total realised compensation, a figure that comprises adding up all the money and stock each boss received last year.[3]

Companies in this group include the Walt Disney Company, Delta Air Lines, United Airlines and Marriott International. All of those businesses have laid off or furloughed employees or pressed workers to take pay cuts. Overall, out of the 419 companies listed on the Russell 3000 that had disclosed details of salary cuts, only about 10 per cent of those companies cut salaries by more than 25 per cent of the executive’s 2019 total ‘realised’ compensation.

Of course, this analysis is somewhat incomplete because the year is not over. In the coming months, corporate boards could decide to significantly reduce the bonuses and stock options they hand out to top executives for 2020.

But this issue is going to be on the radar and, as the pandemic continues and unemployment rate in the US alone fluctuates between eight and 14 per cent, tokenistic pay reduction are likely to be seen in a dim light when viewed through the lenses of governance, TSR and reputation.

So, what’s next for executive pay?

The executive pay landscape is likely to change dramatically over the course of the next few years. The resulting pressure from all types of investors, the continued scrutiny of employees and consumers while the economy remains squeezed and broadening regulatory oversight will all impact remuneration policies across the world.

But, as the saying goes, pressure makes diamonds. Many of the changes that will come are likely to create a more just and equitable economy.

Companies like Gravity Payments, led by CEO Dan Price who made headlines last year by saying that all employees of Gravity Payments will earn a minimum annual salary of $70,000 – and reducing his own salary by 90 per cent to make it happen, will slowly become more common. This means all CEOs and board directors, regardless of the size of their company’s market capitalisation, should be doing a lot more due diligence on where they stand in the pay-for-performance landscape. Comparing with sector and industry peers is a good place to start. But it needs to go further.

Companies should, as a matter of course, be regularly reviewing comprehensive, accurate, high-quality, structured and standardised global compensation data review executive compensation plans and arrangements to set competitive, sustainable practices and mitigate say-on-pay voting risks. And when it comes to mitigating risks, the north star of any company has to be transparency.

Therefore, in the year we all forget everything we think we knew about executive pay, now is a good opportunity to relearn the best principles of meaningful, properly benchmarked and transparent policies on executive remuneration. Although the ongoing impact of the pandemic remains uncertain, any company that applies these principles will be putting their best foot forward for the next decade and beyond.

Aniel is the CEO and Founder of CGLytics, a leading provider of corporate governance intelligence. A seasoned global business executive and entrepreneur with extensive experience in corporate governance, Aniel has worked closely with leading investors, corporate boards and their advisors. Prior to CGLytics he spent more than 20+ years in the Financial services sector and worked with companies such as ING group, Barclays, BNP, ABN AMRO and Fortis.

Remuneration Trends across Europe and the Middle East