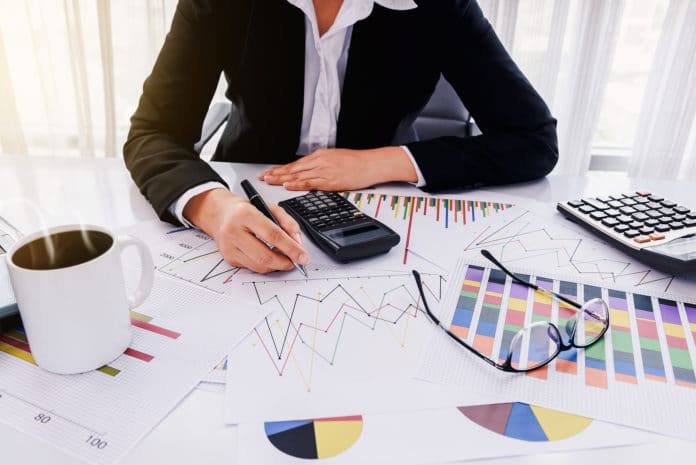 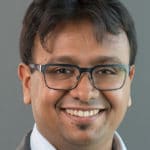 In the world of financial regulation, the US Public Company Accounting Oversight Board (PCAOB) is controversial. Created by the Sarbanes-Oxley Act of 2002 (SOX) after the Enron and WorldCom accounting scandals, many question whether it adds value to the financial reporting process.

At the heart of the debate is the reliability of companies’ financial statements. While it is the independent auditor’s job to check whether financial statements comply with generally accepted accounting principles (GAAP), auditors are typically paid by the companies they audit and managers often have significant influence in auditor selection. As a result, sceptics question the ability of auditors to stay unbiased and worry that auditors could be influenced by the demands of the companies they audit.

Adding to this issue is the lack of transparency in the auditing process. It’s hard for investors to know how much effort the auditor put into ensuring that the financial statements of companies comply with GAAP. In general, the auditor’s report provides investors only a pass/fail opinion regarding the financial statement’s compliance with GAAP, leaving investors with little information regarding any critical reporting issues that required significant auditor judgement.

Advocates of the PCAOB maintain that a public regulator increases confidence in an audit by inspecting the work performed by auditors, ensuring that the process conformed to certain minimum standards of quality and independence. However, critics contend that PCAOB inspectors do not have the expertise or incentives to evaluate the quality of an auditor’s work.

To get to the bottom of this issue, I conducted a study that looked at whether PCAOB oversight of a company’s auditor increases investor confidence in the audit process and, ultimately, audited financial statements. Since one of the primary purposes of external financial reporting is to facilitate the exchange of capital between companies and investors, I wanted to see (and measure) if companies whose auditors are inspected by the PCAOB are able to raise additional external finance as a result of their auditors’ PCAOB inspections. Further, I looked at whether companies are able to subsequently increase capital expenditures with the increased access to external finance (if any).

I used the PCAOB’s international inspection programme as a setting to test the effect of its oversight. SOX requires the PCAOB to inspect the auditing procedures of all auditors that participate in the audit of companies registered with the Securities and Exchange Commission (SEC). This means non-US auditors are subject to PCAOB oversight if the auditor has even one client that is registered with the SEC (e.g. since BP’s shares are cross-listed in the US, its independent auditor, EY-UK, is subject to PCAOB inspections). The big benefit of using the international inspection programme is that I can compare two companies of very similar sizes, performance and growth in a specific country but only one of whose auditor is inspected by the PCAOB in a given year. I constructed a sample of non-US companies from 35 countries whose auditors were inspected by the PCAOB at different points in time since the inception of the inspection programme in 2005.

The study suggests that PCAOB inspections are good for companies and investors. Companies whose auditors had no deficiencies identified in the audit process raised significantly more external capital following the disclosure of the PCAOB inspection reports. The increase in capital amounted to 0.5 per cent of their assets, which is equal to approximately a 10 per cent increase in the average amount of external capital raised. While not all companies raise capital, the ones that do tend to raise 10 per cent more after a PCAOB inspection of their auditor. The increased capital is due to companies issuing additional debt and equity following the disclosure of their auditor’s positive PCAOB inspection report. 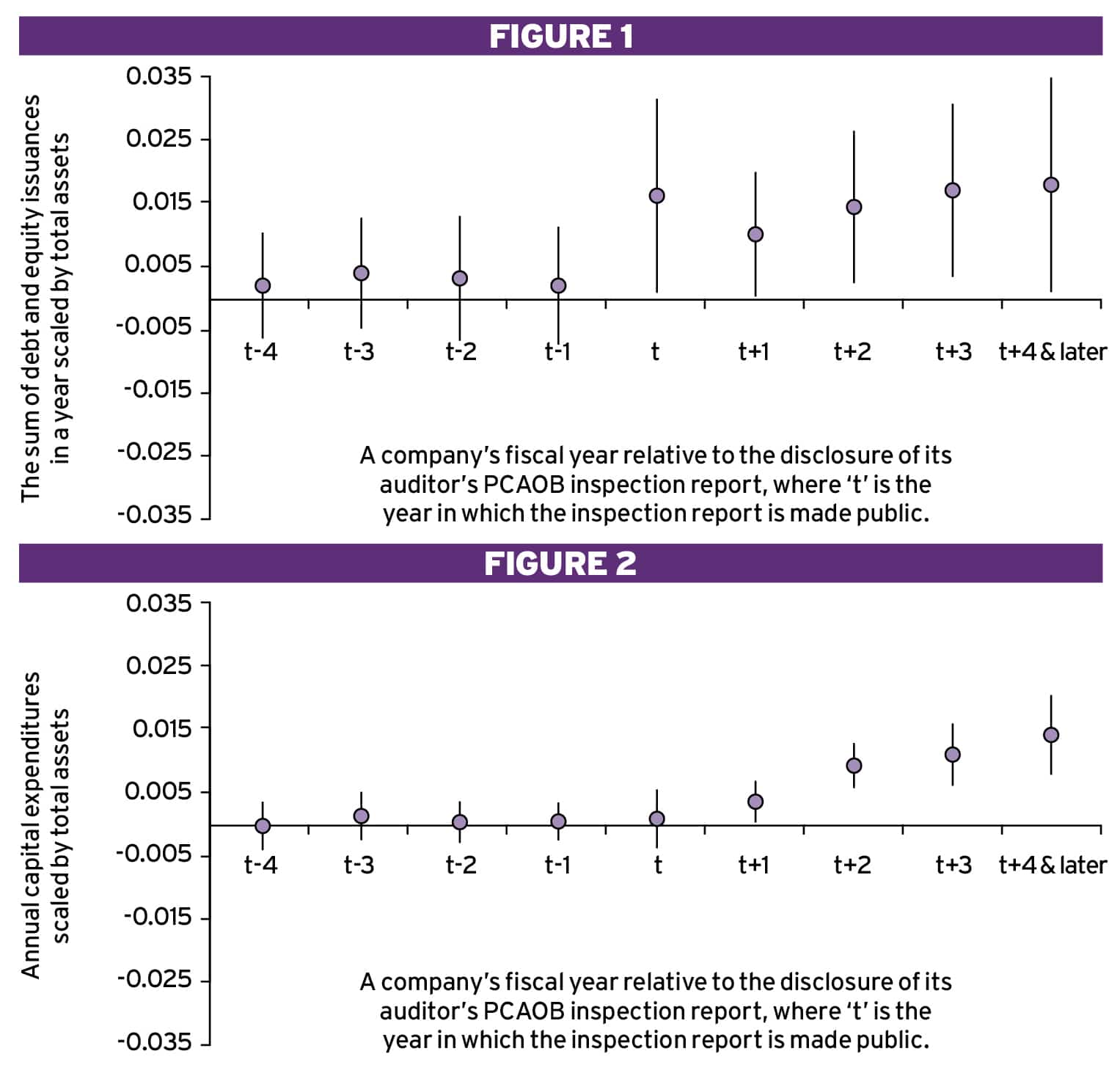 Both figures show that the financing and investing patterns of companies significantly change once their auditors’ PCAOB inspection reports are made public. Since the PCAOB inspections occur in different years for different auditors, the patterns observed below are very unlikely to be explained by general economic or industry trends, or changes in the availability of capital over time.

Another finding was that financially constrained companies (i.e. smaller companies and those that do not pay dividends) increase external financing and capital expenditures by a larger magnitude in response to their auditors’ PCAOB inspection report than financially unconstrained companies. This means that firms below the median size in each country benefited the most.

While several prior papers examine the effect of PCAOB inspections, my studies are the first to show that such oversight has significant effects on corporate finance decisions and to document the magnitude of those effects. By doing so, the paper also documents the spill-over effect of US securities regulation on companies operating outside the US, finding that non-SEC registered companies derive economic benefits from PCAOB oversight. The finding that PCAOB oversight has spill-over effects outside the US is relevant to European companies and auditors, some of whom benefit from these effects.

In summary, my findings show that the PCAOB adds significant value to the financial reporting process. It opens the black box of auditing via auditor inspection reports, which benefits investors and companies and also helps auditors gain market share when some of their peers aren’t subject to similar oversight. So, to answer the question of whether the PCAOB inspections are worthwhile? This study suggests that the answer is a resounding yes.

Nemit Shroff is the Class of 1958 Career Development Professor and an Associate Professor of Accounting at the MIT Sloan School of Management.

Nemit’s primary research interest concerns whether and why accounting disclosures such as audited financial statements, management forecasts, and press releases affect the corporate financing and investing policies of public and private companies. In addition, his research examines the reasons why corporate disclosure is regulated across the world and the economic consequences of regulating (or not regulating) disclosure. His research has been published in top accounting and finance journals and has received several awards, including the 2011 FARS Best Dissertation Award, the 2014 Competitive Manuscript Award, and the 2016 FARS Best Paper Award.

EU audit reform: It’s all in the eye of the beholder