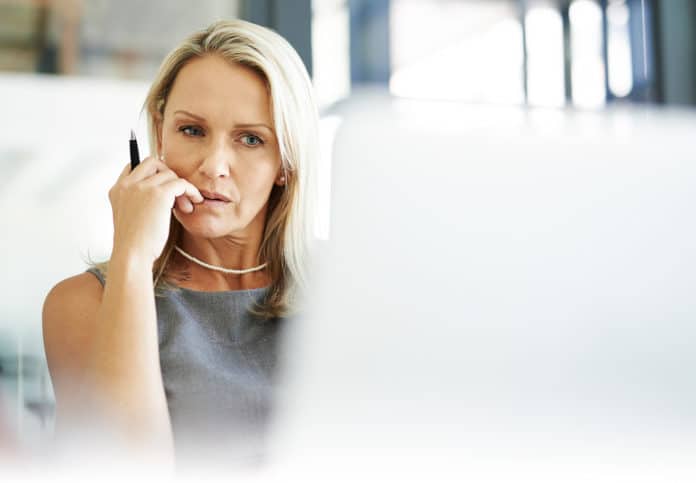 While the UK is ahead in the process, gender pay gap and gender opportunity concerns are steadily making their way onto the list of top governance and compensation considerations for public company boards of directors in the US.

Numerous business publications have cast a spotlight on gender pay equity issues. Conversely, we’ve seen research from Harvard Business Review[1] that may indicate female CEOs at US firms take home more than their similarly situated male counterparts, along with similar findings that once they make it to the senior management ranks, women may be paid up to 10 per cent more than their male peers.[2]

With this as a backdrop, we set out to thoroughly study data on CFOs at Russell 3000 companies to determine the scope and scale of both gender pay equity and gender opportunity disparity. We began with three avenues to pursue:

1. Do female CFOs make less (or more) than their male counterparts?

2. Do female CFOs make less (or more) as a percentage of CEO pay than their male counterparts?

3. Is the number of female CFOs higher or lower than we would expect, based on basic demographic facts?

We chose to review the CFO position for a number of reasons:

We based our study on information from Main Data Group, which provided the total compensation data for Russell 3000 CFOs, as well as the CEO to CFO pay ratio information based on proxies filed in 2018.

Pay gap is the aggregate average female total compensation compared to the aggregate average male total compensation. Female CFOs make, on average, 90.7 cents compared to $1.00 for males. This gap, however, is misleading as executive pay levels are strongly related to firm size and industry (and the distribution of women across firm size and industry vary meaningfully).

What does this mean? While our findings showed no pay inequity in the area of compensation as related to gender, there is unquestionably a disparity in opportunity based on gender at the CFO position.

Overall, the percentage of Russell 3000 companies with a female CFO is 10.9 per cent. We would have expected to find 20 per cent to 25 per cent of the CFO ranks to be female. This clearly indicates that companies have a long way to go to achieve gender opportunity parity throughout the executive ranks. With US employment low and companies riding a robust economic wave – at least for the time being – in many industries, it is surprising that companies may be leaving talent on the sidelines.

However, we found a wide opportunity disparity across industries, as sorted by their major Global Industry Classification Standard (or GICS) code (see Figure 2). 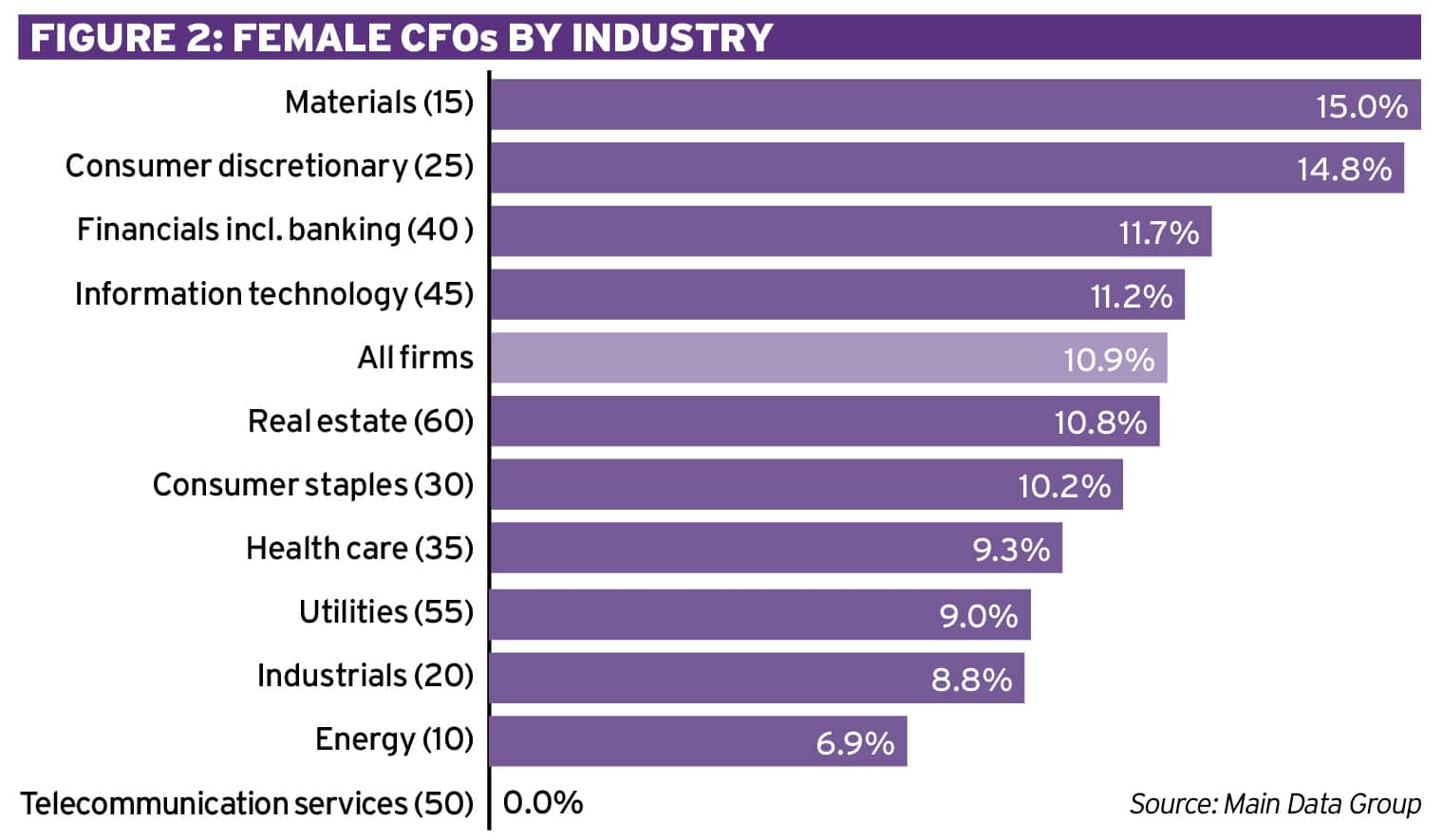 Generally speaking, operating executives, such as subsidiary presidents and top division executives, are very industry-centric with deep knowledge of the industries in which they operate. On the other hand, legal, accounting and financial disciplines tend to require less industry-specific expertise. So, then why is the prevalence of female CFOs so much higher in certain industries, such as consumer discretionary, materials, and IT, as opposed to others such as telecom, real estate and energy?

So where do we find ourselves? When it comes to opportunity and the position itself, women make up nearly half of the employed US labour force and enrol and graduate from higher education institutions at rates higher than men, yet less than 11 per cent of Russell 3,000 CFOs are women.

And, while the results regarding any possible gender-based pay equity at the position may seem surprising, there may be several more obvious driving factors that set the CFO position apart, the most likely being that CFO pay levels are required to be disclosed publicly and benchmarking compensation levels across peers provides a straightforward source of pay equity information. Where they have female named executive officers (NEOs), companies may be consciously, or unconsciously, positioning CFO pay competitively for all those visible individuals to signal both to the external market and to various internal constituencies that the company does not have a gender pay disparity issue. Of course, opportunity disparity is another matter.

In addition to rethinking perceived challenges and exploring opportunities to improve, companies will want to examine themselves broadly to mitigate the typical situation where below a certain level within the organisation women and men are equally represented but above a certain level, usually mid- to upper-management, there are markedly more men than women. This pattern is often quite stark. For example, one level in the company may be 48 per cent to 50 per cent female but the next level up is over 70 per cent male.

Finally, companies should adopt a mindset that it is a competitive advantage to take the lead in attracting and retaining a diverse talent pool, particularly from underrepresented and underutilised groups. 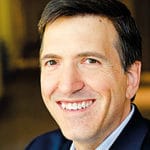 Wes Hart is a managing director in the Houston office of Pearl Meyer. He has nearly 19 years of experience advising clients in the assessment and development of executive compensation programs, including competitive pay and performance analyses and extensive experience in the design of annual, long-term, and other incentive plans. Mr. Hart has performed work for clients in a wide variety of industries with a focus in the broad energy, financial services, and healthcare sectors. Prior to joining Pearl Meyer, Mr. Hart was a manager in the executive compensation practice at Buck Consultants and held positions at Mercer Human Resource Consulting and the KPMG Compensation and Benefits Group. 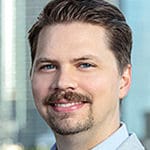 Malcolm Adkins has over 10 years of compensation consulting experience, including 4 years with Pearl Meyer in the Houston office. Prior to joining Pearl Meyer, he served as a compensation consultant at Aon Hewitt and Longnecker and Associates. Over the course of his career, Malcolm has developed broad experience consulting to senior management and boards of directors on a variety of compensation and governance related matters. He has worked with clients spanning many different industries, and with a particular focus in the energy sector. Malcolm graduated from Texas A&M University, and is a member of Houston Compensation and Benefits.