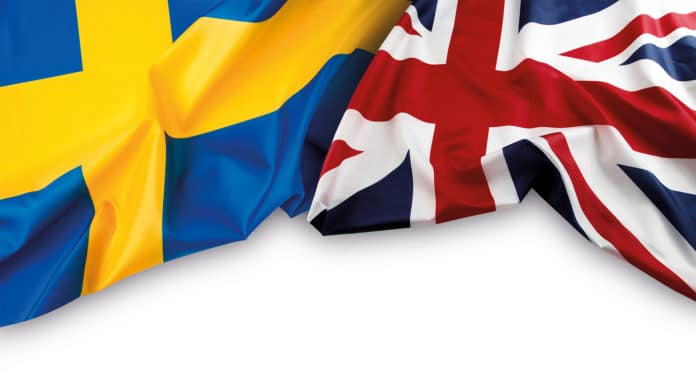 The board of director nomination process is a particularly important, but largely ignored, aspect of corporate governance.

Its importance derives from the significance of nominations in the functioning and success of the company and the degree of confidence investors place in the board. There is growing recognition of this and increasing interest in the divergent approaches that the UK and Sweden take to the nomination process.

This article draws on research using material published by the Swedish Shareholders Association on ownership policy (2017) and a working paper on nomination committees (NCs). The aim is to reassess the conventional view of the NC as an internal committee of the board on which independent members sit and nominate successor members of the board. We conclude with a discussion of the possibility of achieving better outcomes by combining features of the external and internal process.

Time to focus on the nomination committee

Identification of appropriate members of the board is a primary determinant of the operation and success of a company. As such, the role and legitimacy of the NC cannot be underestimated in corporate governance. In particular, the NC can be instrumental in both promoting the type of large, long-term shareholdings that are a prerequisite to effective engagement by institutional investors and a means by which that engagement is exercised. In addition, the NC provides a basis for resolving potential conflicts that arise between different shareholders, most notably between dominant and minority shareholders.

Yngve Slyngstad, chief executive of the Norges Bank Investment Management (NBIM), the world’s largest sovereign wealth fund, recently demanded that a majority of independent directors should have ‘fundamental industry insight’. At least two should have worked in the industry of the company (Financial Times, 30 October 2018). The position taken by NBIM reflects growing societal pressure on institutional investors to undertake engaged responsible corporate governance. More institutional shareholder engagement has also been proposed in the Kay Review (2012) and the revised Shareholders’ Rights Directive (2017).

There is not one simple NC

A comparison of the British internal NC, which has become the standard model in most countries, and the Swedish external NC, illustrates divergent approaches to nominations. Both countries embody what is termed ‘shareholder primacy’, namely legal, regulatory and institutional structures that privilege shareholders over the interests of other parties, and both countries have a substantial presence of institutional investors as well as national pension funds. Sweden, just like the UK, is at the forefront of Europe’s most liberalised and active market economies, based predominantly on self-regulation as against legal statute.

In the UK, the NC is an internal committee of the board on which independent members sit and nominate successor members of the board. The UK corporate governance code requires a majority of members of the NC to be independent non-executive directors. In Sweden, the NC is an external committee in which shareholders play an important role in the selection process. The internal system of the UK delegates the nomination of new members of the board to its non-executive members. In Sweden, on the other hand, the nomination process resides with representatives of shareholders themselves. The difference reflects contrasting views on ownership and governance of firms.

In general, Swedish companies have large controlling shareholders who have incentives to exert significant influence over the nomination process. The Swedish Companies Act grants a single shareholder or group of shareholders controlling 50 per cent of the votes at the AGM the right to nominate all the directors of the board. The influence of large shareholders can be intensified through multiple voting shares (Series A shares assigned 10 votes and B shares assigned one vote), and more than half of listed companies in Sweden have multiple voting stocks.

The Swedish Companies Act closely parallels that in those of other Nordic countries, which together define a Nordic model of corporate governance, distinct from both the classic Germanic stakeholder governance and the Anglo-American shareholder governance.

It is often argued that this effectively solves the monitoring problem present in dispersed shareholder regimes. By giving the largest shareholders a presence on the NC, the nomination process encourages their direct engagement in the appointment process and mitigates the shareholder disengagement problems that afflict the UK internal system. This also works well with the Swedish ‘consensus-culture’ and close-knit society.

Trust between the majority shareholder and minority shareholders is pivotal in Swedish corporate governance. Sweden is famous for its extensive minority rights, including a strict board neutrality rule during takeovers that allows shareholders to decide on takeovers and the right to have a minority auditor appointed. Concerted activities among shareholders are encouraged rather than discouraged, as in the UK. Any single shareholder may both talk at the AGM and nominate directors to the board. Only one executive can be elected to a Swedish board, usually the CEO and approximately half of listed company boards do not include the CEO.

Inspired by the Cadbury Code in 1992, the Swedish external NC was developed by the Swedish Shareholders’ Association, with the support of a group of leading domestic institutional investors. It was put into practice for the first time in 1993, after the failed merger between Swedish vehicle conglomerate Volvo and French Renault, which left Volvo without a board of directors, but it took until 2005 before the NC became standard Swedish procedure.

“The nomination committee can be instrumental in both promoting the type of large, long-term shareholdings that are a prerequisite to effective engagement by institutional investors and a means by which that engagement is exercised”

That Sweden settled for external shareholder-appointed NC (rather than a board committee) can further be explained by the Swedish popular movement tradition, with civil society democratically structured (föreningstradition). In these organisations each member is assigned one vote and director nominations and elections occur with the help of external nomination committees, made up of members nominated by different groups at the AGM.

A number of studies show that the Swedish external NC has had a positive effect on shareholders’ engagement in the nomination process of directors. It has increased confidence in the board function, broken down the ‘old boys’ network’, enhanced the recruitment of female board members, put more focus on competencies, such as industry know-how and expertise, and reduced both the free-rider and collective action problems. Also, the external NC has professionalised board recruitment in small and medium-sized companies, where both executives and owners often lack access to a network of relevant qualified people.

Dilemmas related to the quality of independent directors

The Swedish external NC has drawbacks. One is that foreign institutional investors tend to abstain from participating, partly as a result of lack of familiarity with the process, and partly because they find it costly and time-consuming. Consequently, the NCs tend to be an all-Swedish affair. Secondly, there are potential divergences of interests between different types of shareholders, notably between large, well-informed and small, uninformed, shareholders. This is especially troubling in SMEs that often lack enough institutional capital. Thirdly, the NC is exposed to interventions by short-term and activist hedge funds as well as competitors (which might be large shareholders), thus limiting the information-sharing ability of the NC.

The most delicate issue relates to the uncertainty of the integrity of the independent directors. The Code requires that at least two independent directors should be independent of the main shareholders. But this can be illusory. In the case where a shareholder or group of shareholders controls more than 50 per cent of the votes at the AGM, these owners effectively control the appointment of the entire board, including all the NEDs. Also, an extensive study of board activity in 36 large Nordic companies led by professor Sven-Erik Sjöstrand (2016) shows that dominant shareholders in general do not appreciate the work of the NC and handle the enrolment of the most significant directors outside of the NC.

A survey made by proxy consultant Nordic Investor Services (2010) reveals problems relating to insider information and institutional investor representatives, who are often corporate governance specialists, lacking company-specific competencies. A list of the institutional investors on the NC compiled from AGMs in 2016 reveals investment professionals sometimes engaged in more than 10 NCs.

There are studies that highlight possible concentrations of power in the hands of the NC. When the NC only represents perhaps 10 to 15 per cent of the total shareholdings, it lacks true legitimacy in the eyes of minority shareholders. The external NC also faces difficulties in dealing with controlling shareholders that do not wish to collaborate with minority shareholders. The book, Corporate Governance in Modern Financial Capitalism: Old Mutual’s Hostile Takeover of Skandia (Kallifatides, Nachemson-Ekwall and Sjöstrand 2010), suggests that the externally appointed NC may handle problems of short-termism or stakeholder interest only to the extent that a shareholder responds to social pressures and questions of legitimacy. In addition, the book highlights the tendency for institutional investors to ‘appoint their own’ rather than more representative members of the NC, as originally envisaged by the Swedish popular movement.

Reflections on how to move the NC forward

The British internal NC addresses some of the shortcomings in the Swedish external NC, while at the same time having its own deficiencies. On the positive side, the UK procedure keeps the nomination process independent of any particular shareholding group and promotes the fair treatment of all shareholders. Britain has also become the role model for the implementation of a general Stewardship Code, addressing best practice for both institutional investors’ engagement in a dialogue with the board and the assignment of a special senior director to oversee a qualitative dialogue. On the other hand, the British ownership market is highly dispersed and suffers from a serious free rider problem, giving rise to the phenomenon of the ‘ownerless corporation’ with no investor playing a sufficiently active governance role.

Neither the Swedish external, shareholder-led NC nor the UK internal, independent director-led NC is without its problems. It is unrealistic to believe that a Swedish-style NC could or should be adopted in a UK dispersed ownership system, nor that a UK NC would be appropriate in the Swedish dominant owner model. However, there might be advantages in combining elements of the two. For example, some board positions could be nominated externally and by internal committees or there could be greater scrutiny of internally nominated directors by an elected external committee. Above all, a flexible application of internal and external nomination committees may help to address conflicts of interests in corporate governance while promoting sustainable wealth creation in the interest of the company and its shareholders as a whole. 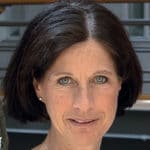 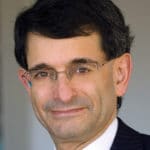 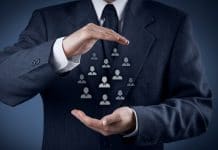 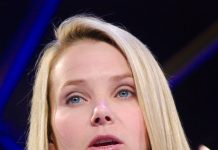