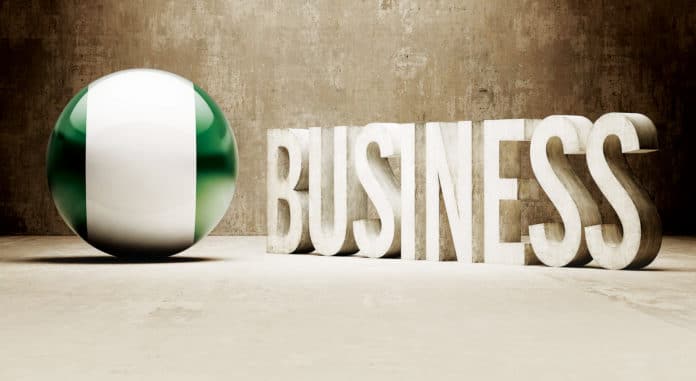 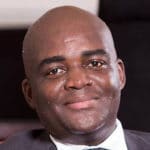 By Victor Banjo – Corporate Governance and Board Effectiveness Coach

Following a Federal High Court ruling on 17 October 2016 that the Financial Reporting Council of Nigeria (FRC) has the powers to issue codes and, in accordance with Section 50 of the FRC Act 2011, the FRC released the National Code of Corporate Governance (2016) on the same day – almost three years later than the originally planned implementation date of January 2014.

The Code, according to FRC, is aimed at enhancing management credibility, preserving long-term investments, improving access to new capital and lowering the cost of capital. The Code, says the FRC, will help to drive increased transparency and accountability in financial reporting through enhanced disclosures in financial statements, thereby supporting investment decisions and shareholders’ value. Three days after the release of the Code, the Nigerian Stock Exchange directed all listed companies to comply with it. This was a clear confidence booster for the FRC.

Fast forward to Monday 9 January 2017 and the federal government suspended the implementation of the Code. The suspension, according to the Nigerian Minister of Industry, Trade and Investment – Okechukwu Enelamah – was necessary in order to carry out a detailed review of its application after extensive consultations with stakeholders. On the same day, Nigerian President Muhammadu Buhari, approved the immediate removal of the Executive Secretary of the FRC, Jim Obazee, and the reconstitution of the board of the agency. Several stakeholders, such as the Nigeria Employers’ Consultative Association (NECA) backed the decision of the federal government to suspend the Code, saying it was a product of unilateral decision by the FRC, as the organised private sector (OPS) was never consulted or its input sought by the council. NECA, like other key stakeholders, had accused the FRC of failure to secure their buy-in on such an important guideline. So, what went wrong?

The OPS had reservations about aspects of the Code, particularly the mandatory compliance clause affecting its members, and it vehemently protested during the public hearing organised by the FRC. The major objection that led to the suspension of the Code and removal of the executive secretary came from the not-for-profit sector.

On 29 April 2015, I attended a public hearing organised by Nigeria’s FRC at a Lagos hotel. On this particular day, the leadership of the FRC was set to meet with organisations that would be affected by the draft Code for the not-for-profit sector. This included professional associations and religious bodies. Prior to the arrival of the FRC team, the tone of the conversation in the various clusters in the hall gave an indication that plenty of drama was in store. I was not disappointed. The religious bodies were the most vocal at the session. Speaker after speaker voiced stern opposition at the attempt by FRC to regulate what they referred to as ‘God’s activities’. Had the FRC gone beyond its mandate?

The FRC replaced the National Accounting Standards Board, set up by an Act of Parliament in 2003. When the Financial Reporting Council of Nigeria Act 2011 was enacted, the Council was charged with the responsibility for, among other things, developing and publishing accounting and financial reporting standards to be observed in the preparation of financial statements of public entities in Nigeria and for related matters. It is empowered to serve as the national coordinating body responsible for all matters pertaining to corporate governance. Section 51(c) of the Act empowers the FRC to issue the Code of Corporate Governance and guidelines, and develop a mechanism for their periodic assessment of the code and guidelines. Through its Directorate of Corporate Governance, FRC was empowered to ‘develop principles and practices of corporate governance’. At the time that the 2011 FRC Act came into force, there were no less than four sectoral codes of corporate governance operational in Nigeria. Therefore, the FRC appeared to be right in wanting to have one harmonised code for the country.

The Code of Corporate Governance for the Telecommunications Industry (July 2014), issued by the National Communications Commission, is expected to be treated as a supplementary guideline based on new FRC guidelines. The FRC Code for the private sector is mandatory (except for companies with eight or fewer employees, regardless of status of such companies). It covers all public companies (whether listed or not), all private companies that are holding companies or subsidiaries of public companies, private companies that file returns to any regulatory authority other than the Federal Inland Revenue Service and the Corporate Affairs Commission.

“At the time the 2011 FRC Act came into force, there were no less than four sectoral codes of corporate governance operational in Nigeria. Therefore, the FRC appeared to be right in wanting to have one harmonised code for the country”

The Code of governance for not-for-profit entities is based on a ‘comply or justify non-compliance’. Where they do not comply, they are required to give a reason. The Code for the public sector will not be applicable until an executive directive is secured from the federal government. This is because the enabling laws that set up most government establishments already carry some form of governance structures. Therefore, there may be need for umbrella legislation, which will seek to harmonise the different provisions of those laws and synchronise them with the Code. When the executive directive is secured, the Code for the public sector, will be applicable to all public sector entities (government agencies, parastatals, ministries, departments, and other state-owned entities).

The major elements of the new Code of Corporate Governance for the Private Sector, which supersedes any corporate governance code in existence before the date of its commencement, are:

Notwithstanding what the new Code says, the pre-existing sectoral codes are still operational as the sectoral operators have not issued directives indicating the discontinuation of those codes.

Commentators have pointed out that some of the provisions of the Code are inconsistent with substantive legislation, primarily the Companies and Allied Matters Act 1990 (CAMA), which contains the core provisions of Nigeria’s company law framework. The FRC Code says the remuneration of MD/CEO should be determined by the remuneration committee while CAMA says it is the responsibility of the board of directors. The Code says membership of the board shall not be less than eight (or five in the case of regulated private companies), while CAMA recommends a minimum of two members. With regards to the subsequent appointment of auditors, CAMA recommended that a poll is the preferred way of appointment, whereas the FRC Code only requires a show of hands in an AGM.

While the FRC Code directs that boards must meet every quarter, CAMA encourages the board to determine how often it should meet. Compelling boards to meet may place a heavy burden on businesses. While CAMA stipulates that board decisions shall be based on the majority of votes, based on one vote per director, the FRC Code suggests that independent non-executive directors may have extra powers to block decisions.

The proposed repeal and replacement of the Companies and Allied Matters Act 1990 by the Corporate Affairs Commission is timely. Once completed, the Act will be replaced by a new Act – the Companies and Allied Matters Act 2016 – which, hopefully, should resolve some of the areas of conflict with the national Code of Corporate Governance. This presents an opportunity for the FRC to collaborate with the Corporate Affairs Commission in ensuring that the rules and guidelines issued by both bodies complement each other, rather than confuse stakeholders – as is the case is at the moment.

Making the Code for the private sector mandatory, contrary to the advice and expectations of many stakeholders, is seen as a major disincentive for investors. FRC should support the government’s drive to create an enabling environment for foreign direct investment (FDI) into the country. The deployment of the Code of Corporate Governance in its current form will not encourage investors, because it conflicts with global best practice. The codes that have been implemented and embraced in many countries are voluntary and principle-driven. The new King IV code of corporate governance in South Africa, launched in December 2016, is set to came into effect in April 2017. It is instructive to note that this latest version of the King Code still maintains a voluntary, principle-based approach. A comply or explain basis for the private sector, as obtainable in the UK and South Africa, would have been well received by Nigerian private sector stakeholders.

The leadership of the FRC ignored a key principle that religion does not mix well with secular regulation. With the benefit of hindsight, the FRC would probably have excluded religious associations from its list of governed entities if it knew that it would threaten the rollout of the codes for other sectors.

When the suspension is lifted and implementation resumes, the FRC, perceived by many to be rigid, should adopt a more collaborative ethos. This would make it easier for the harmonisation to achieve the desired objectives. If not for the suspension, the codes would have ensured that shareholders, donors, investors and all other stakeholders can have a fair understanding of what to expect in Nigeria’s corporate governance administration. As it stands today, until a new council is inaugurated for the FRC, there will be no progress on a much-needed code of corporate governance in Nigeria.

Victor Banjo is a C-level human resources leader and past Director General/CEO of the Institute of Directors in Nigeria with extensive board-level and transformational leadership experience. He is a Chartered Fellow of the Chartered Institute of Personnel and Development (UK) with a strong interest in Corporate Governance and Director and Board Development. He is accredited by the International Finance Corporation (IFC) as a Trainer for the Corporate Governance Board Leadership training resources and the Building Director Training Organisations toolkits.