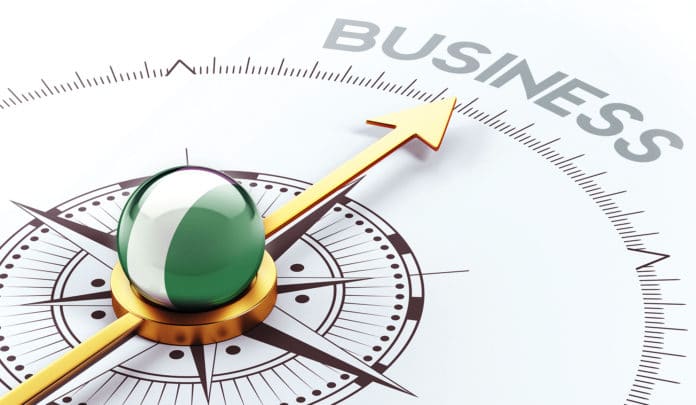 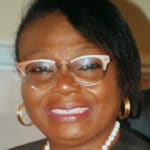 The Nigerian Code of Corporate Governance 2018 (2018 NCCG) was issued by the Financial Reporting Council of Nigeria (FRC) by virtue of Sections 11(c) and 51(c) FRC Act 2011. A Regulation; Adoption and Compliance with the Nigerian Code of Corporate Governance 2018 issued by the Minister for Industry Trade and Investment further to powers conferred by Section 73 of the FRC Act mandated compliance with the 2018 NCCG. 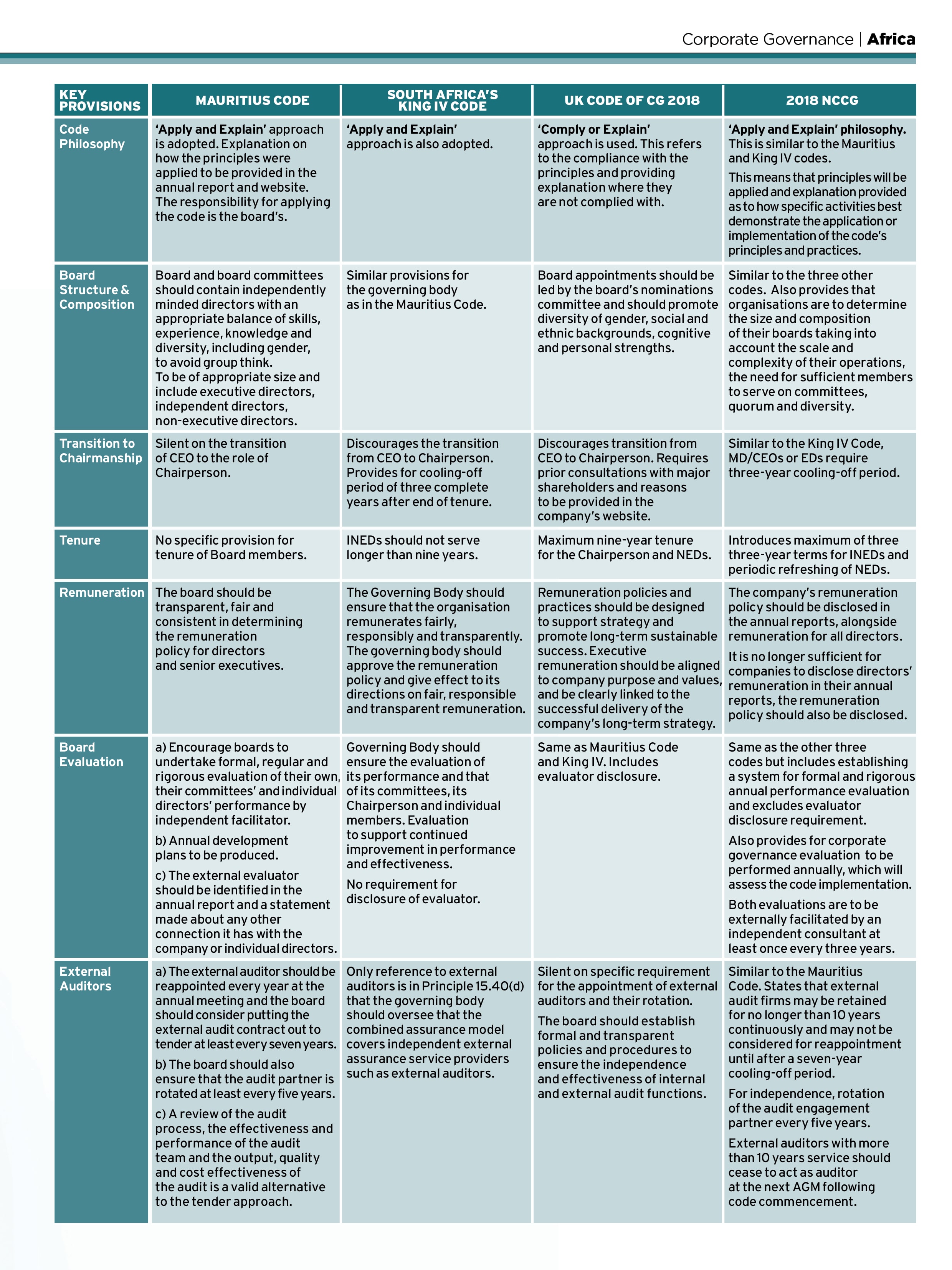 The article highlights the entrenchment by the 2018 NCCG of some international best and leading corporate governance practices, such as board evaluation, board induction, establishment/definition of independent non-executive director (INEDs) roles, company secretary’s empowerment, board diversity, etc. The article notes that the 2018 Code is a reflection of the peculiarities of the Nigerian business environment and confirmation of the corporate governance concept of ‘no one size fits all’.

The 2018 NCCG is the outcome of the review of the 2016 National Code of Corporate Governance (private sector). The unveiling of the Code was done by the Vice President of the Federal Republic of Nigeria, Professor Yemi Osinbajo, GCON, with the support of the Minister in charge of the supervising Ministry for the FRC, the Ministry of Industry, Trade and Investment, Dr Okey Enelamah.

The journey to a national corporate governance code in Nigeria has been a remarkable one, playing out various acts and scenes like a veritable drama, complete with artists. However, major regulators and other corporate governance stakeholders, not least the FRC, rightly heaved a sigh of relief that the Nigerian nation finally demonstrated, in a very practical way, its readiness to welcome the global business community by stipulating clear principles, standards and practices guiding the nation’s business environment. It will be recalled that the 2016 National Code of Corporate Governance (2016 NCCG), the review of part of which (Private Sector Code) birthed the new Nigerian Code of Corporate Governance 2018 (2018 NCCG), was suspended by the Minister barely three months into its release by the FRC. The 2016 Code was first of its kind, in that not only were its far-reaching provisions mandatory, but they also went beyond the private sector to include codification of standards for public sector as well as not-for-profit entities.

Given the novelty of the issues introduced, the need for extensive engagements with critical stakeholders was recognised. Although, however, some engagements were done, the FRC under its previous leadership was perceived as merely ‘checking the box’ of stakeholders’ engagements and not sincerely taking on board the outcomes of these engagements. The result was significant pushback from different stakeholder groups, including the churches/religious organisations, some of which, not being accustomed to the level of accountability prescribed by the new Code, were reluctant to accept this. Similarly, some top audit firms were opposed to the level of objectivity checks introduced by the 2016 code, notably:

1. The introduction of joint-audit for organisations in which, if one of the joint auditors is a big firm, the other must be a small firm

2. The abrogation of baton-exchange or tag-team audit firm exchange. By this, audit firms, especially the big four or five, were not to be allowed to exchange mandates in the exercise of their cooling-off periods. The suggestion was that the independence and objectivity of the audit process could be jeopardised if firms were permitted to form tag-teams that handed over their audit mandates to one another, and could therefore possibly cover up any shortcomings

3. The length of the cooling-off period for external auditors was considered rather long

Perhaps learning from the suspension of the 2016 NCCG, the 2018 NCCG Technical Committee’s adopted approach of extensive engagements with critical stakeholders led to successful completion of the Code’s development and subsequent unveiling of the 2018 Code.

As already mentioned, unlike the 2016 NCCG, the 2018 NCCG, stays within the familiar terrain of private sector corporate governance and addresses neither of the volatile areas of the nation’s economy, notably, the public sector made up of the ministries and government parastatals and the not-for-profit organisations (NfPOs) made up largely of churches, mosques and other similar entities, which Nigeria has in significant numbers.

It will be recalled that the attempt by the then leadership of the FRC to bring these categories of organisations under the purview of codes of corporate governance, spelling out the principles for governance and accountability, met with significant pushback from many of those affected. Consequently, the Technical Committee set up by the FRC wisely, in this writer’s view, decided to start the 2016 NCCG review with the less problematic sector, the private sector, which is more accustomed to regulation. Thus, while the 2016 Code addressed the three sectors, the 2018 NCCG is purely a private sector code.

However, with the successful unveiling of the 2018 NCCG, the code development involving the reviews of 2016 NCCG (public sector) and (NfPOs) are expected to be addressed by the Technical Committee in due course.

Additionally, there were some controversial provisions in the suspended code, which the 2018 NCCG nearly completely avoids. A case in point is regulation of the external audit. It has been well established that external audit is an important aspect of corporate governance. Compared to the 2016 Code, the 2018 NCCG provisions in relation to this, perhaps in response to calls by this stakeholder group, would appear to be more mellow.

This writer was present at a stakeholder engagement event in Lagos, prior to the 2018 NCCG unveiling, where the issue was raised and FRC’s Executive Secretary, Daniel Asapokhai, explained that the FRC would be releasing extensive regulations regarding the roles of external auditors beyond the Code’s provisions. It is therefore expected that in addition to the corporate governance codes for the public sector and NfPOs, the FRC would be releasing regulations governing the conduct of external audit in Nigeria.

The new code adopts an ‘apply and explain’ approach to corporate governance. This is unlike 2016 NCCG whose approach was ‘mandatory’, a factor that played no small role in tolling the death knell for the suspended code. By adopting the apply and explain philosophy, the technical committee again demonstrated its openness to the suggestions of stakeholders who engaged with it at various sessions. This writer recalls making presentations to the 2018 NCCG Technical Committee on behalf of the Institute of Directors, Nigeria, (IoDN) during each of which IoDN recommended that the Code should “aim to exceed mere check-box completion and aspire to attain an apply and explain philosophy (similar to that adopted by the King IV), which sees corporate governance not merely as a mindless act of compliance but as a deliberate values-based corporate culture”.

“As an economic entity, Nigeria competes with other countries for investment capital and investors are increasingly attracted to where codes and international standards are observed”

The subsequent adoption of the apply and explain philosophy for the 2018 NCCG was therefore most gratifying for this writer and others at IoDN, both personally and corporately. The Code’s adoption of the apply and explain philosophy is a principle-based approach, which aims to achieve flexibility for the ‘companies of varying sizes and complexities across industries’ to which the 2018 NCCG applies. Flexibility according to the Code is the ‘ability to apply the Code in a wide range of circumstances and scalability…’ and is considered critical for the Code’s implementation.

Apply and explain is a non-prescriptive approach to the practice of corporate governance. According to Dr Chris Pierce, a view with which this writer agrees, compliance in the context of apply and explain would be achieved by companies applying the principles and explaining how they have done so. Thus, compliance with the Code is quite different from compliance with the UK Code of Corporate Governance with its comply or explain philosophy. In the UK Code, compliance is achieved by implementing the provisions of the Code or explaining why they have not been implemented.

The 2018 Code principles and practices compared with selected codes

The 2018 NCCG has 28 principles, each of which has its associated recommended practices. Borrowing from the King IV, the 2018 NCCG differentiates between its principles and its recommended practices. Some of the principles relate to key corporate governance concepts, such as the board’s role, structure and composition, including executive directors and INEDs, assurance including internal audit and control, as well as risk management, shareholder relations, business conduct with ethics, sustainability and transparency.

As an economic entity, Nigeria competes with other countries for investment capital and investors are increasingly attracted to where codes and international standards are observed. The chart on the above is a comparative analysis of some of the 2018 NCCG principles and practices benchmarked with selected codes of corporate governance; the Mauritius 2016, the King IV, 2016; and the UK 2018. All four Codes adopt principles-based approach.

It is noted that this Code is the first of three and the national corporate governance codes for public sector and NfPOs should follow hereafter. It is expected that 2018 NCCG Technical Committee will also adopt the method of stakeholder engagements that proved successful in the current exercise and incorporate other learnings from it.

In her present roles as Executive Director, Institute of Directors, Nigeria (IoD) and the Executive Director/CEO, IoD Centre for Corporate Governance, she plays a key role in training directors and C-Suite executives of major corporations, SMEs, as well as public sector institutions on corporate governance issues. 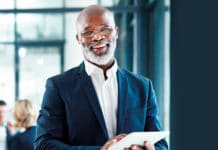 Nigerian directors and board effectiveness