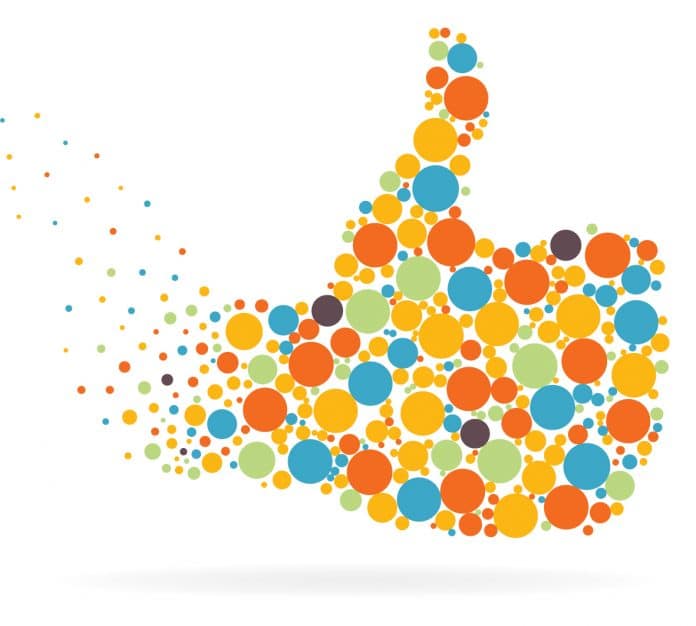 Maximising shareholder engagement in proxy voting indicates that the company a) has an up-to-date knowledge of its shareholder base, b) can get in contact with these shareholders readily and c) can communicate with them effectively. This boosts the perception that a company is transparent, accountable and enjoys the confidence of its shareholders.

This is indicated by the graph below, comparing turnout at UK AGMs against corporate governance standards as indicated under the ISS Governance Quickscore (1 = least concern, 10 = high concern). However, it is also clear that shareholder engagement maximises positive voting outcomes where companies may be least sure of shareholder support. On controversial topics, such as executive remuneration, it may not be enough to simply ‘comply or explain’, but to comply or explain AND engage. It is not for nothing that ISS notes that companies recording year-on-year high shareholder support on say-on-pay “usually have robust shareholder engagement processes”. [1] 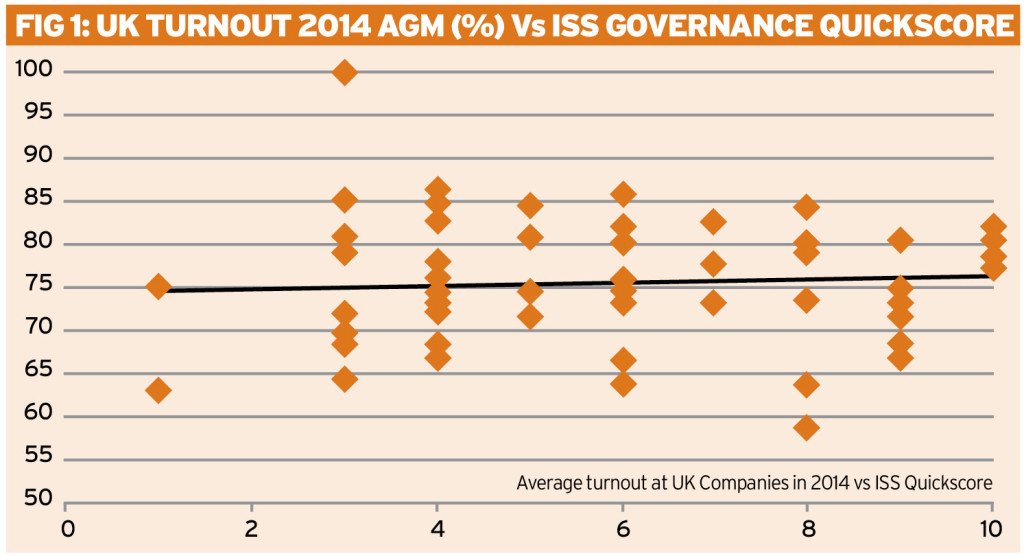 How, as a company, can you tell if you have a satisfactory level of shareholder engagement in proxy voting? There is no hard and fast formula or turnout threshold to signal this, though indicative figures of average turnout are as follows:[2]

Significantly lower turnout than these levels may be attributable to high level of foreign ownership and/or the prevalent use of nominee accounts, where underlying shareholders are not aware of meetings. However, if a company experiences considerably lower than average turnout at its shareholder meetings, and does not know why this is the case, then this indicates that the company possesses an insufficient knowledge of its shareholder base with the likelihood that shareholder engagement is not as fully developed or as wide-reaching as should ideally be the case.

Companies should not rest on their laurels and accept that resolutions are passing with a simple majority and conclude that maximising shareholder engagement is no longer necessary – gone are the days of institutional shareholders automatically voting with the board. Increased corporate governance and compliance standards mean increased scrutiny of resolutions and less ‘fear’ of voting against management. Future shareholder meetings may occur whereby the margins for securing shareholder support through proxy voting may be very tight. Such situations may include resolutions with supermajority requirements, or where ‘interested parties’ such as major shareholders are excluded from voting (e.g. related party transactions) and therefore the approval of independent shareholders is required. In the event of a proxy fight, maximising turnout may be crucial to retain incumbent board members in the face of a challenge of a major shareholder.

Since 2013, Boudicca has assisted a UK mining company that has faced two proxy fights from warring shareholders with holdings in excess of 20 per cent. In each case large and small shareholders were targeted to maximise the participation of shareholders, leading to a turnout in both cases exceeding 90 per cent of the voting share capital. All of these potential risks can be minimised by companies identifying their underlying shareholder base and encouraging shareholder participation in proxy voting even at routine shareholder meetings.

While institutions may be motivated to vote by their fiduciary obligations, other shareholders are not. A Broadridge study indicates that while 90 per cent of institutional holdings were voted in 2014, only 30 per cent of retail holdings were voted.[6] These can encompass small retail shareholders who feel that their holdings are too insubstantial to vote to trading and collateral positions that typically do not prioritise active stewardship. Therefore, there remains a section of any company’s share register that will remain unlikely to vote (the size of this constituency will vary according to the nature of each company’s shareholder base). While blanket coverage of the entirety of the shareholder base is impractical in certain registers with hundreds of thousands of members, the maximisation of proxy voting remains possible by identifying underlying shareholders behind nominee accounts and so being able to contact and communicate with them on a similar basis to directly registered shareholders or members. On a UK proxy solicitation campaign, Boudicca often conducts mailings with letters of instruction to facilitate voting for underlying shareholders within nominee accounts, having identified them through painstaking register analysis.

Institutions with voting policies that differ from a company’s governance practices should not be ignored in the hope that they will forget to vote or have shares out on loan when it comes to a shareholder vote. The ability to engage constructively with them is likely to reduce the chance of them voting negatively if it is apparent that the company is making steps to address any governance concerns. In order to secure positive shareholder voting, simple boilerplate adoption of the ‘comply or explain’ model may be insufficient; companies should comply, explain and engage. Surveys of institutional shareholders indicate that the majority of engagement requests they submit to companies in their portfolio are on topics which are to be put to the shareholder vote (that is, corporate governance and remuneration issues).[7]

An activist who does not engage with the company where there have been opportunities to do so before deciding on a proxy fight is likely to be viewed as overly aggressive or hostile by other shareholders. Companies that have made efforts in previous times to engage and communicate with shareholders in order to bring out their voting power will enjoy considerable advantages in a proxy fight. A demonstrable history of the company having maximised positive shareholder turnout renders activist requisitions less likely to be successful, all other things being equal.

There is no reason why the onus should fall entirely on in-house company personnel to maximise turnout nor is it the most practical solution. Specialist advisors, including proxy solicitation consultants, such as Boudicca and share register analysis providers, can bring much of a company’s shareholder base to light, identifying the underlying holders behind the nominee accounts that often comprise a significant portion of a company’s share register. Ascertaining the underlying owner of the shares can be rendered easier through the use of s793 requests (for UK companies), which enable companies to obtain information about interests in its shares from anyone who the issuer knows or has reasonable cause to believe to be interested in a shareholding. 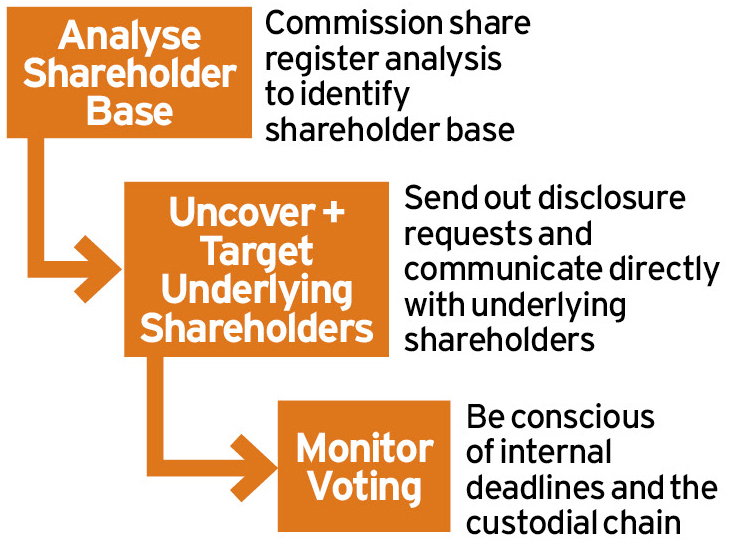 Depending on the size and nature of a company’s shareholder base, maximising voting participation may involve targeted efforts on specific shareholders or the contacting of hundreds, even thousands of small individual retail shareholders. Proxy consultants, such as Boudicca, specialise in such communication by targeting the actual vote decision-makers at institutions, as well as making custodians aware of forthcoming meetings and voting deadlines, and doing the heavy lifting of contacting individual shareholders.

While shareholders are being contacted, the proxy consultant oversees the movement of votes across the custodial chain to ensure their timely delivery and thus achieving a successful undertaking of the following process. 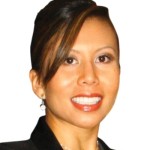 Sheryl Cuisia founded Boudicca Proxy Ltd in November 2011 after nearly 10 years of proxy solicitation and shareholder communications experience. She is an active practitioner and innovator in the industry, having managed over 150 UK and cross-border shareholder communications campaigns for small cap to blue chip companies, as well as collaborating on a further 100 campaigns since starting her career. Prior to starting Boudicca, Sheryl held executive roles at Georgeson London and Toronto, Salisbury Associates and Orient Capital. She is professionally qualified with the Certificate in Corporate Finance from the Chartered Institute for Securities & Investment (CISI). She holds an Advanced Diploma in Data and Systems Analysis from the University of Oxford and previously studied Performing Art. 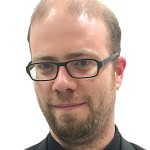 Alex Caldwell is a Senior Corporate Governance Consultant at Boudicca Proxy Consultants. He has extensive experience in the corporate governance field at a senior analyst level, reporting on everything from M&A, ESG to remuneration across a variety of established and emerging international markets. In his career as corporate governance analyst, he has authored hundreds of reports on companies from the biggest banks and retail concerns to small companies in obscure markets, engaging with shareholder clients and company secretaries as a matter of course. Alex is fully accustomed to all matters in the field of corporate governance. He has a particular specialism in the often controversial and high-profile field of executive pay.

Interpreting the statistics on US proxy fights