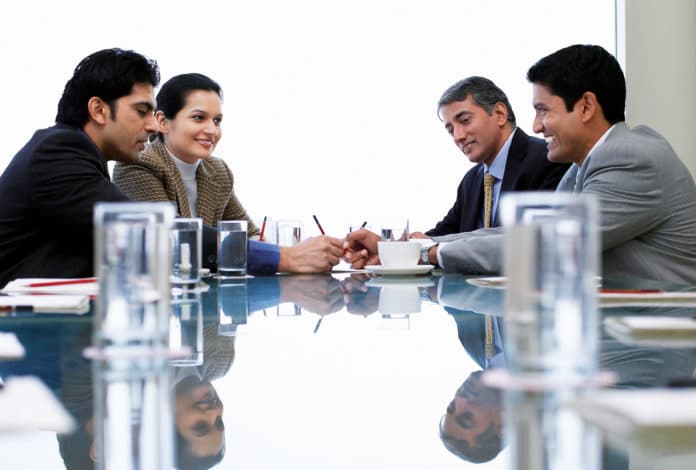 Following the liberalisation drive in the Nineties, the role of India’s corporate sector has expanded significantly.

Indicating a major break from the past, the private sector now wields considerably more prominence in the growth story of the country with data of the last few decades suggesting that India’s current growth trajectory is steady, stable, diversified and resilient – helping lay the groundwork for a sustained future growth of eight per cent. With robust macro-economic fundamentals in place, India is rated among the more favoured foreign direct investment destinations globally amid government initiatives and reforms for developing responsive and robust public systems that result in more robust business rankings.

The initiatives towards improving the governance structures and economic reforms that create an ecosystem that is enabled for future growth, are poised to create integration and alignment with the global trends and opportunities. It will not only infuse the ecosystem with new energy  but will also improve the economic rankings of the country at the global level by offering promising assurances.

Government through its regulatory agencies play a crucial role in creating effective governance frameworks capable of addressing emerging challenges and filling existing gaps. However, it has also been realised that corporations should take the lead in revising the assurance framework in order to give investors greater trust. Corporations should seriously look to address the issues and challenges they face as a result of increasing integration of the global market systems, disruptive innovation and usage of technology and intellectual properties, turning them into opportunities. It is not just enough to look within the organisation for ensuring that the governance frameworks and structures are in place; rather they should look to future risks in order to effectively utilise the wealth of the shareholders and gain trust of the stakeholders by establishing effective commitment and reputational mechanisms. The institutions associated with the corporate governance process have weighty responsibilities. Regulators can facilitate reform and establish compliance frameworks, but the onus is on companies and shareholders to encourage ethical business practices and drive up standards.

As part of recent structural and regulatory reforms, India has witnessed several initiatives. Notable ones include: the new Companies Act in 2013; the Securities Exchange Board of India’s (SEBI) amendments of Clause 49 by issuing listing obligations and disclosure requirements regulations in 2015; the Insolvency and Bankruptcy Code, reforming on enforcement mechanism and constitution of the National Company Law Tribunal (NCLAT); and National Company Law Appellate Tribunal (NCLAT), the formation of the National Financial Reporting Authority (NFRA) as an audit profession regulatory body; and the constitution of the Kotak Committee on Corporate Governance with implementation of a large set of recommendations to fine tune the governance frameworks in line with the global best practices. These initiatives have been taken to address issues raised by extensive research and stakeholder consultations to address key impediments to enabling greater convergence with global best practices and governance models.

Needless to say, the aforementioned series of reforms indicate a strong political will to ensure greater convergence with the Anglo-American model, but it is also important to mention that success of these convergence initiatives is contingent on effective implementation and monitoring by corporations themselves. It is to be considered as an evolving process with contribution from both regulatory bodies and practice bodies. It is necessary to look at the various aspects of the governance principles that address the issue of agency when infusing the markets with the trust needed to make them agile and resilient in line with the growth plan. Governance practices need to be focused as much on spirit as on form.

Introducing the Companies Act 2013 was intended as a direct response to major events, such as the Satyam scandal, which exposed significant vulnerabilities in the existing regime, which weren’t particularly effective in preventing large-scale frauds. The provisions relating to the key institutions of corporate governance have been revisited to make sure they provide a robust framework for effectiveness of transparency and disclosures. Strengthening the institution of independent directors, revisiting provisions for appointment and rotation of auditors, protecting the interests of minority shareholders, defining corporate frauds, tightening the provisions of disclosure of related party transactions, and provisions for initiating class action suits are a few key milestones for ensuring the framework’s effectiveness.

SEBI defines corporate governance as the ‘acceptance by management of the inalienable rights of shareholders as the true owners of the corporation and of their own role as trustees on behalf of the shareholders. It is about commitment to values, about ethical business conduct and making a distinction between personal and corporate funds in the management of a company’. However, even after two decades of dedicated reforms, the pattern of actual adoptions of recommended best practices among Indian firms reveals a mixed bag.

Outliers aside, increasing evidence suggests most firms are content paying lip service to corporate governance – characterised by inadequate disclosure standards, lack of professionalism on boards and passive minority stakeholders among others. There are several factors that deter effective enforcement of corporate governance norms and rules, ranging from corporate level constraints to institutional factors – which the Ministry of Corporate Affairs in India actively addresses through its interventions and network of regulators, professional bodies and think tanks.

“Unlike the US and UK, the core challenge is not mitigating agency problems between management and shareholders but between majority and minority shareholders”

While most listed firms and public sector enterprises in India have basic governance structures in place, only a handful look beyond mere tick-box approach to corporate governance. Unlike the US and UK, the core challenge in Indian corporate governance is not mitigating agency problems between the management and shareholders but that between majority shareholders and minority shareholders. This in turn, leads to attendant problems related to board functioning, role of audit committees, tunnelling of funds among group companies, inadequate disclosure and expropriation of minority shareholders among others. The regulators have viewed the issue seriously and the enforcement mechanism has been tightened by the regulators within their jurisdiction. The overlaps of the jurisdictions have all been addressed instrumentally for improving the enforcement regime to disciplining corporate conduct in India.

It is a truism that the introduction of the Companies Act 2013 and tightening of SEBI regulations increased the cost of compliance at various levels within corporate entities, which was not lost on the legislators. Subsequent amendments to the Companies Act were made with the objective of ensuring efficiency and ease of doing business by diluting some of the more onerous conditions.

The corporate sector is a subset of the larger socio-economic ecosystem. Listed companies thrive on a vast pool of hope and trust of the large number of shareholders. All the shareholders need to be treated fairly and equally without any discrimination. Reforms in India over the last decade have been advanced with the understanding that the overarching objective for good corporate governance is to incentivise boards and management to pursue objectives that are in the interests of the company and its stakeholders under an effective monitoring mechanism.

In India, there is an increasing recognition among policymakers for transparency and accountability in all matters of governance, including the need for corporate governance  to be accorded top priority for ensuring credibility and enhancing the confidence of all the stakeholders, including the shareholders. This applies more to the constitution of boards of directors, performance evaluation of directors, ensuring independence of directors, compensation for executives, succession planning, appointment and rotation of external auditors and putting in place a whistle-blowing mechanism – critical for effective corporate governance.

Corporate social responsibility (CSR) is a laudable initiative that India proudly shares with only a few other countries. This underpins the responsibility of corporations towards the larger society and requires effective execution on the ground. Higher corporate governance standards need to be propelled by the larger ethical and environmental concerns as well. Going further from Section 135 dealing with CSR issues, the National Voluntary Guidelines issued by the Ministry in 2011 have been redrafted as national guidelines focussing on bringing economic, environmental and social concerns with the ambit of a voluntary  self-governance framework for strengthening the reputation and stakeholder commitment mechanisms.

India is on the rise and the corporate sector has an important role to play in catalysing its progress. This requires dynamic, innovative, credible, transparent, accountable, value- based and enlightened corporate governance practices. Given the size and the potential of the economy, there is no justification for India not to have a much wider corporate presence across the globe.

While there is much work to be done on various issues, such as managing the cost of compliance and gaps in enforcement, successive reforms have resulted in a marked increase in India’s corporate governance performance. Robust monitoring mechanisms and a disproportionate cost of non-compliance act as a disincentive for companies to engage in illegal activities. Exemplary penalties on non-compliance are acting as strong reminders and can provide a strong behavioural nudge towards better governance. Having stated that, corporate governance, with all its underpinnings, is an ethical issue at its core. In spite of regulatory reforms, and their enforcement on the part of regulatory bodies, the results will only be realised with effective contribution from the institutions of corporate governance adopting a professional mindset and ethical conduct. 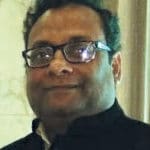 Dr. Niraj Gupta is leading the School of Corporate Governance & Public Policy, Indian Institute of Corporate Affairs. He is having about 23+ years of Research, Teaching & Consulting Experience. He is a Ph.D in Management with MBA, M.com and Post Graduate Diploma in Financial Management & FDP (IIM Ahmedabad, MDI,IIT-K). He is a certified management teacher from UGC. He is also a Certified Trainer from Securities Exchange Board of India and Bombay Stock Exchange Institute for conducting Executive Education Programmes. He is also a Certified Alternate Dispute Resolution Professional and has been trained by IFC-CEDR, USA. He is also a recipient of National Scholarship and National Talent Search Scholarship of Govt. of India. Dr. Gupta is presently engaged with the issues of corporate governance, risk and strategic management, leadership, CSR, Integrated Reporting, Balanced Scorecard for assisting the companies with consulting and training projects. In his present engagement with IICA he has drafted Strategy Document 2017 for Ministry of Corporate Affairs, Strategy Road Map for National Foundation on Corporate Governance and NTPC Business School as well. 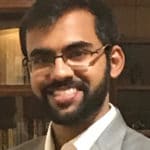 Mathew John is currently working as a Senior Associate in the School of Corporate Governance and Public Policy at the Indian Institute of Corporate Affairs (IICA) – a think tank established under the aegis of the Ministry of Corporate Affairs, India. With an educational background in engineering and business administration, Mathew has worked on multiple sectors which include law enforcement, journalism, corporate governance and public policy. Prior to his tenure at IICA, Mathew was responsible for leading the communications and partnerships initiative at the Association of Independent Directors of India (AIDI). His past professional associations include International Criminal Police Organization (INTERPOL), Times of India, AIDI and CLRA. He has authored several articles and has been featured on numerous publications and media platforms for his views on Corporate Governance and Public Policy.