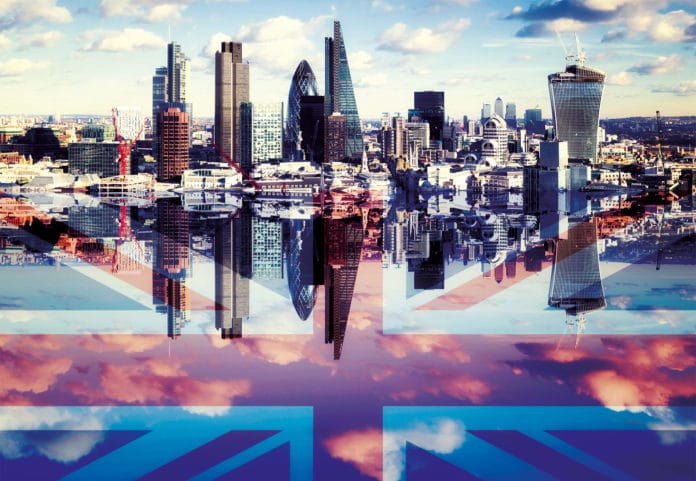 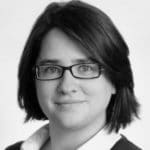 The UK Stewardship Code was first published by the Financial Reporting Council (FRC) in 2010. It followed the 2009 Walker report on the governance of banks and other financial institutions, which was prompted by failings in the banking system during the financial crisis.

In 2012, the Kay Review concluded that the purpose of equity markets, to enhance the performance of UK companies and enable savers to benefit was hampered by short-termism, caused by a decline in trust and misalignment of incentives through the equity investment chain. The Review recommendations included changes to the Code to expand the role of stewardship and require investors to engage with companies on strategy as well as corporate governance. Following the review, the FRC consulted on revisions and an updated Code was issued in 2012.

The Code’s signatory base grew quickly and, by 2012, Code signatories represented 40 per cent of listed equity assets under management in the UK. By June 2016 there were 305 signatories to the Code, of which 215 were asset managers, 75 asset owners (pension funds, endowment funds and charities) and 15 service providers (investment consultants, proxy advisers and research providers).

“In 2010, the UK Stewardship Code was world leading. In the eight years since release, there has been a significant shift in the landscape in which the Code operates”

The tiering exercise resulted in more transparency and improved reporting against the Code and was a first step in signalling higher expectations of stewardship practice. As a result, some investors decided not to be signatories of the Code, but now there are again more than 300 asset owners, asset managers and service providers who are committing to higher standards of stewardship.

Why are we revising now?

In 2010, the UK Stewardship code was world leading. In the eight years since its release, there has been a significant shift in the landscape in which the Stewardship Code operates. The changing nature of the UK investment market, developments in international stewardship and changing political and societal expectations mean the time is right to consider how to strengthen the Code. At its core, this update is about addressing the stewardship ‘market’ as well as concerns about the Code itself.

In 2014, the Law Commission reviewed the legal concept of fiduciary duty with regards to investment. It stated that ‘there is no impediment to trustees taking account of environmental, social or governance (ESG) factors where they are, or may be, financially material’ and recommended that the government should clarify that it is part of trustees’ duties to consider long-term systemic risks, such as climate change. Building on this, in 2014 the Law Commission also issued its report on pension funds and social investment, which carved out a critical distinction between ESG and ethical factors and began to explore options for regulatory reform.

In 2016 and 2017, The Pensions Regulator (TPR) updated guidance for defined contribution and defined benefit schemes respectively, advising that trustees need to take all factors that are financially material to investment performance into account, including ESG factors.

In 2018, the Department for Work and Pensions (DWP) issued amendments to the Occupational Pension Schemes Regulations. The investment regulations require funds to take ESG factors into account in their Statement of Investment Principles and disclose a stewardship policy. The governance regulations require the TPR to update its code of practice to cover how the trustees’ system of governance considers ESG factors in investment decisions and assess new or emerging risks, including climate change.

The UN Principles for Responsible Investment has grown into a major force in the global investment community. In 2018, the PRI has more than 2,300 signatories with combined assets under management of more than $100trillion. This global commitment to responsible investment is reflective of an overall trend; responsible investment, stewardship and ESG integration is becoming more and more mainstream.

There has been a variety of other important and influential initiatives, including the EU High Level Expert Group on Sustainable Finance, the Sustainable Stock Exchanges group, the Social Impact Investing Task force and many others that are also contributing to a change in governmental and public expectations of the role of the asset management industry and the EU Shareholder Rights Directive (SRD), which will be implemented by the UK in June 2019. Among other provisions, the Directive will introduce a ‘baseline’ stewardship code for all institutional investors and asset managers in the UK. These minimum requirements consist of a mixture of mandatory public disclosures and ‘comply or explain’ provisions.

The Code has been criticised for no longer being cutting-edge, for being too focussed on the relationship between asset managers and companies and ignoring the rest of the investment ecosystem. This makes it hard to apply for asset owners and others, which impedes its ability to create a market for stewardship. The Code is currently focussed only on equity investment and doesn’t effectively speak to investments in bonds and other assets and it does not make specific reference to ESG matters, putting it behind other international codes, such as Australia and Japan. Finally, reporting by signatories focusses on policies and principles, rather than on activities and outcomes.

The FRC has openly acknowledged these issues and the tiering process has been helpful in showing were improvements need to be made.

What are we trying to achieve?

We wish to have a Code that sets a new, substantially higher bar for the policy and practice of stewardship, which delivers sustainable values for investors and benefits for the economy and wider society.

Our extensive outreach with asset owners, asset managers, investment consultants, proxy advisors, companies and other interested groups, along with our initial consultation on the direction of the Stewardship Code, part of the review of the UK Corporate Governance Code, has helped us to identify some common areas of concern with the stewardship ‘market’ in the UK. People feel there is a disconnect between asset owners and asset managers, with little consideration of the interests of ultimate beneficiaries.

“The Code has been criticised for no longer being cutting-edge, for being too focussed on the relationship between asset managers and companies and ignoring the rest of the investment ecosystem”

The rise of passive investment has led some to believe that passive investors cannot engage in stewardship activities effectively – this is a misconception. Others worry about investor activity being driven by short-term financial gain and the lack of understanding of the fiduciary duties owed to the various stakeholders within the investment ecosystem. There are also practical challenges, including fee pressure on asset managers impacting investment in stewardship resources and the large numbers of investments held by typical funds.

There is also a risk that asset owners, who might not be as engaged in stewardship issues as they could be, ‘discharge’ their stewardship duties to asset managers, creating little incentive for asset managers and investment consultants to pursue better standards of stewardship.

The dispersed and fragmented ownership of the UK investment market means that these are not easy challenges to solve.

What are we proposing?

We are reshaping the Stewardship Code to make it stronger, clearer and fit for the future. Our consultation, open until 27 March 2019, proposes a new Code that addresses the concerns raised and puts it back in position as a world leader.

Signatories are being asked to report on their own purpose, values and culture, which aligns the Code with the UK Corporate Governance Code and ensures that the right stewardship behaviours are embedded across the signatory’s business.

We are broadening the Code to include activities taken pre-investment that will allow it to set high standards for asset owners and asset managers with regard to how they integrate their stewardship responsibilities into their investment processes, including investment decision making, mandate design and other activities. We are also including a wider range of asset classes, and asking signatories to use the resources rights and influence available to them to exercise stewardship, no matter how capital is invested.

The new Code reflects significant developments in sustainable finance, responsible investment and stewardship since the 2012 Kay Review. It recognises the materiality of environmental, social as well as governance (ESG) factors, and signatories are expected to take account of these factors when fulfilling their stewardship responsibilities. The Code aims to contribute to further demand for an engaged approach to stewardship and investment decision making, which is aligned to the investment time-horizons of beneficiaries.

Through more detailed provisions and guidance, we are making the Code more applicable to a range of different investment community actors. The Code does not prescribe a single approach but allows signatories to demonstrate high-quality stewardship that is aligned with each signatory’s business model, objectives and activities to fulfil obligations to beneficiaries and clients.

The structure of the Code is now like the UK Corporate Governance Code, with numbered sections, principles and provisions, accompanied by guidance and resources. With this alignment, the new Code aims to improve trust in business through encouraging the investment community to play its part in developing successful companies.

Perhaps one of the biggest changes is the reporting expected of signatories to the Code. All signatories, regardless of their category, will be required to make public disclosures about their stewardship activities and their assessment of how effectively they have achieved their stated objectives. This is not restricted to reporting on policies. Reporting will now be in two parts, a statement upon signing the Code and an annual activity report. We hope this reporting will be useful to clients and beneficiaries, allowing leaders to shine a light on the good work they are doing and stakeholders to hold to account those who are stewarding investments on their behalf.

How to respond to the consultation

We need to hear from you! The FRC welcomes comments on the proposed revisions to the Code and a full list of consultation questions can be found in the consultation paper on our website.

Jen is the UK Financial Reporting Council’s Chief of Staff and Investor Liaison. In addition to her role as Chief of Staff, Jen is responsible for coordinating the FRC’s outreach with the global investor community. Jen works across all areas of the regulators scope ensuring investor views are taken into account in standard setting and regulation. Currently, Jen is working on issues including the transition needed following the Kingman review of the FRC, the UK Stewardship Code and the Corporate Governance Code, as well as the Strategic Report and ongoing accounting, auditing and actuarial issues. Jen is also a member of IFIAR’s Investor and Other Stakeholder Working Group and the ICMA AIMIC.

Prior to working at the FRC Jen was part of PwC’s global investor engagement team, responsible for research and outreach with the investment community on a broad range of accounting, reporting, regulatory, governance and ESG issues as well as acting as part of the secretariat for the Corporate Reporting Users Forum (CRUF). 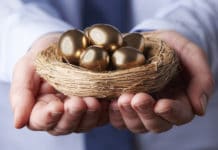 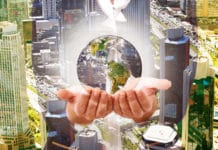 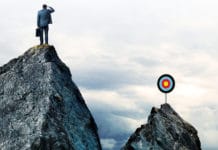 Increased expectations of governance and stewardship