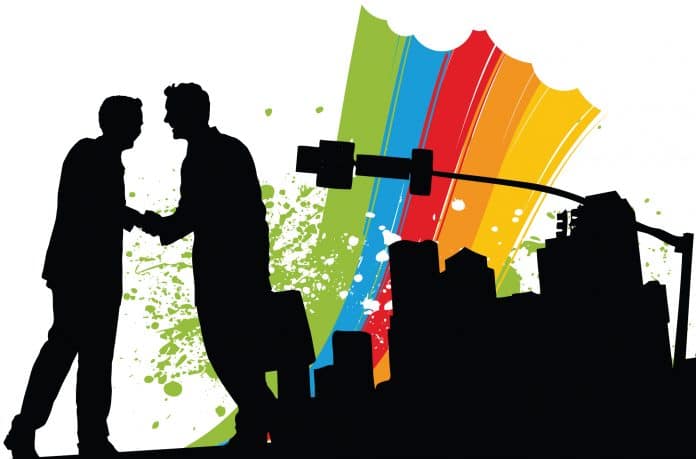 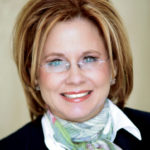 The case for diversity in corporate boardrooms has been made. Businesses actually benefit when they embrace diversity. Not because it is socially acceptable or the politically correct thing to do, but because it generates positive financial results.

In January 2015, in its Diversity Matters report, McKinsey disclosed that “companies in the top quartile for racial and ethnic diversity are 35 per cent more likely to have financial returns above their respective national industry medians”. Research in France at the Université Savoie Mont Blanc looked at performance of French CAC40-listed companies between 2008 and 2012. It was concluded that “companies whose boards are more diverse in terms of gender achieve higher performance indicators, all else being equal”.

The very idea of diversity is evolving and, in fact, it is expanding as well. Not too long ago, diversity in business circles referred primarily to ethnicity. While this is still a fundamental starting point, more recently the diversity debate in business as well as governance circles has focussed in large part on gender diversity. But other types of diversity and their value in business settings are gaining momentum.

Age diversity is something that corporate boards of the past didn’t pay much attention to. In fact, the common rule of thumb used to be that unless you were grey-haired and over 50 you didn’t really have the seasoning and tenure required for boardroom participation. Starbucks dislodged this tendency when it nominated 29-year-old Clara Shih to its board in 2011. Fitbit, the fitness tracking device company, has had 38-year-old Eric Friedman on its board since 2007. And there are others.

“Diversity reflects the real world and diverse teams have been shown to make better decisions. They reduce risk when making decisions because diversity curtails group think”

Before continuing, let’s reiterate why diversity is important to the composition and configuration of corporate boards. Diversity reflects the real world and diverse teams have been shown to make better decisions. They reduce risk when making decisions because diversity curtails groupthink. The ability to constructively disagree and deliberate is a core element of a board’s work and if its members are too similar this may not take place. And perhaps most importantly, clients, employees and shareholders of all companies are diverse and boards should be reflective of this.

Additionally, in case there is an argument brewing about the above paragraph, no one is suggesting that boards sub-optimise on skills, professional qualifications and experiences of board members. These should never be compromised on. Rather, the diversity logic contends that your board can have all of what you require in terms of qualifications AND someone who brings an element of heterogeneity as well. 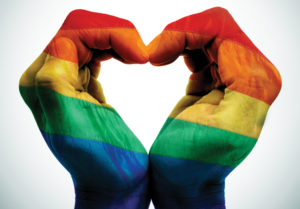 In spite of the regularity of the diversity discussion, to date the deliberation has not included the LGBT community. In fact, for many, this element of an individual’s life has no relevance to their professional career and as such has no place in the diversity conversation. However, change is underway.

Before examining this change, let us look at why one’s LGBT status is even pertinent and why companies do themselves a disservice by pretending otherwise.

Authenticity goes hand in hand with integrity and according to Warren Bennis, considered the “dean of leadership guruism” by Forbes Magazine, integrity is one of the six important leadership qualities. Bennis describes integrity as “alignment of words and actions with inner values. It means sticking to these values even when an alternative path may be easier or more advantageous”.

Given the above, it seems quite problematic for business that according to a 2014 study by the Human Rights Campaign Foundation, 53 per cent of LGBT employees in the US are closeted at work. And if they are closeted in the workplace, they are also closeted in the boardroom. This means that the work of many boards is being impaired by harbouring executives who cannot be authentic.

For any of a multitude of reasons, these individuals are unable to bring their true and entire selves to their role as board director. They cannot dig in and truly concentrate and use all of their energy and creativity. They must balance their focus on the tasks and challenges at hand with the need to maintain a façade. One can only speculate on how this disadvantages a business. This is true for the boardroom and at all levels within the organisation. The repercussions on productivity of the mere pressure to hide is certainly a very important reason why we cannot continue to believe that being LGBT has no relevance in the workplace.

Another important reason why one’s LGBT status is pertinent in the workplace is because being LGBT is not simply about who you are attracted to but rather it is about who you are. Just as we in the so-called straight community feel defined by our family and significant others in a way that is far more than simple sexual orientation so too do members of the LGBT community. To distil this community down to sexuality is to overly simplify something that is far more complicated and nuanced. According to Claudia Brind-Woody, vice president and managing director for Global Intellectual Property Licensing at IBM and co-chair of the firm’s Global LGBT Executive Taskforce, members of the LGBT community want to engage authentically at work like everyone else. We all bring to our jobs the sum total of our life experiences and if we are admired and successful how can anyone assume that being LGBT has not contributed to this.

Bottom line, the LGBT community are on our teams at work, they are in the boardroom and in the next cubicle, whether we know it or not. We can choose to ignore this or we can embrace the differences and benefit from them.

In the vein of benefiting – and specifically as this pertains to the boardroom – there are several developments worth mentioning. Most exciting perhaps is an initiative called Quorum established by Out Leadership, an organisation focussed on the business case for LGBT inclusion. Quorum is the first initiative to identify and place senior LGBT executives on corporate boards. On its website it provides the following quote from Trevor Burgess, president and CEO of C1 Financial, a Florida-based bank with 31 offices: “We need women on the board, we need LGBT people, and we need people of colour. I need my board to look like my clients, because if my board looks like my clients, I can better serve them. The challenge is that not 100 per cent of the US is straight, white and male and
yet so many corporate boards still have mostly those characteristics.”

Quorum is not suggesting that any LGBT person be considered for board service, rather it is developing a list of only the most experienced and talented. In case there is any doubt about the seriousness of this cutting-edge initiative, earlier this month it was announced that KPMG is a founding sponsor.

In January of this year, Mary Jo White, who is the Securities and Exchange Commission (SEC) chairman announced that she would increase the focus on boardroom diversity in the final year of her tenure in this role. Her intention is to define diversity and perhaps require companies to provide specifics about the diversity of their directors. This builds on a 2009 rule whereby the SEC required issuers to disclose whether and how a board and/or nominating committee considers diversity in identifying directors nominees. The problem was that this rule permitted each company to define diversity as it considered appropriate. For some, a director from a new industry or with a unique educational background could be considered diverse. Clearly there are limitations with this original rule that are now being addressed and the diversity disclosure rule is being calibrated. Although the inclusion of LGBT status may not currently be under discussion, this increased attention could lay the groundwork for future consideration.

No one is assuming that the subject matter of this article is not controversial and dare we say even revolutionary. As such what can boards who are interested in advancing the conversation do?

The LGBT diversity issue should initially be framed within larger conversation about board diversity in general. What is the current composition of the board and does it embody any type of diversity? If it does not, why not? What is the thinking on diversity and importantly, what is the resistance? In most cases, there is a long-standing belief that in order to incorporate diversity in the boardroom, the board will have to compromise on qualifications, experience, seniority, etc. In most cases this is simply not true.

If the board that is interested in advancing the LGBT inclusion question does already have some diversity on it, what has been the experience and benefits? It would be important to appreciate and measure the changes and improvement brought about by a diverse board.

Another important consideration is the various stakeholders of the organisation. Some customers and market segments may lend themselves more than others and benefit accordingly by having the LGBT perspective on the board. Organisations have advanced differently in their internal diversity and inclusion programmes and as such the importance of LGBT representation on the board is unique to each company.

The other side of the equation, of course, is understanding whether there will be intolerance and resistance from stakeholders. Timing is everything and, unfortunately,  sometimes waiting for a new idea to become popular is the best approach.

To conclude, it cannot be over emphasised how important it is to realise that the suggestion of LGBT diversity or really any diversity in the boardroom is not in lieu of skills and qualifications, but in addition to them. Furthermore, in the case of the LGBT community, it is absolutely not about who they are married to or partnered with that provides dimension to the boardroom. Rather it is about the uniqueness of their perspective and the way they may attack problems and make decisions by virtue of their life that needs to be considered. This is indeed the suggestion of major culture shift but to borrow a quote from Charles Darwin: “It is not the strongest of the species that survive, nor the most intelligent, but the one most responsive to change.”

Patricia Lenkov, heads up Agility Executive Search, a boutique firm she founded in 2008. During this time she also spent over a year as Chair of the Executive Search practice at N2Growth. Previously, she was a member of the board of directors practice at Spencer Stuart for four years, and spent six and a half years with Heidrick & Struggles where she conducted board and C-level search assignments for Fortune 500 companies.