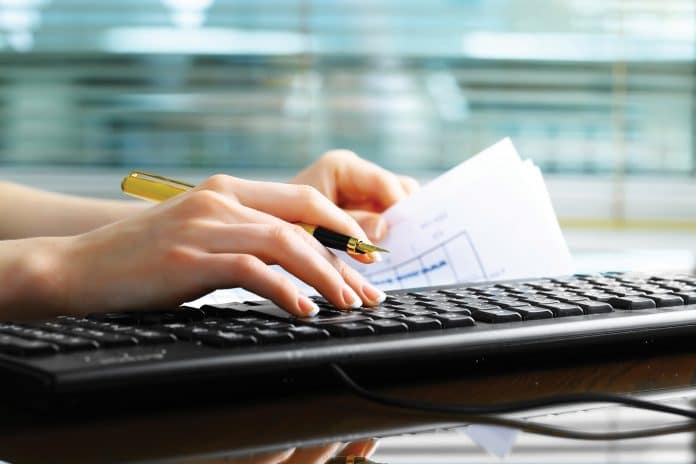 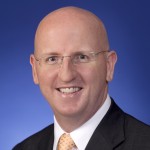 To honestly lay bare to the proprietors the true condition of the undertaking.

In the not well enough read Accounting Historians Journal in June 2001, Gary Spraakman, a Professor from York University in Toronto, perfectly defined internal audit and in doing so he – perhaps inadvertently – set the foundation stones of what constitutes good internal audit oversight.

Spraakman’s article sought to examine and challenge the history of internal audit. His research led him to a 1957 paper on railway auditing in the United Kingdom during the 19th century. More specifically this paper looked at the internal audit activities at the London and North Western Railway in the 1860s.

That the main check, as between the Board and its numerous servants, devolves of course on the large establishment at Euston called the Audit Office, headed by a responsible Officer … The verification is therefore as between the Board and the Shareholders – its object being to ensure that the Books are kept upon correct principles, that the published accounts are in accordance therewith, and that they honestly lay bare to the proprietors the true condition of the undertaking.

To honestly lay bare. To the proprietors. The true condition of the undertaking. Auditors exist to live out the meaning of these words.

To honestly lay bare – this mandates that the auditor must provide their opinion without fear or favour; devoid of bias.

To the proprietors – the key relationship that an auditor has is with the organisation’s board for they are the proxies, at least in a large corporation, for the market participants that have invested in the organisation.

The true condition of the undertaking – the auditor needs to define the boundaries of their examination and assess the undertaking based on the evidence that they are able to examine.

Consequently when one is tasked with oversight over the internal audit function, a key responsibility is to determine whether, indeed, the function has honestly laid bare to the proprietors the true condition of the undertaking.

Before commencing assessing internal audit oversight it is necessary to determine firstly with whom does the responsibility lie. If the London and North Western Railway mandate holds true – as we believe that it does – then it should be the agents of the board that are tasked with the oversight responsibility. 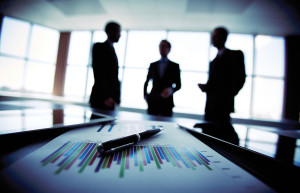 In a well-structured organisation that board oversight responsibility is usually delegated to an audit committee. Equally it is important to consider what activities will be considered within the boundaries of the Board’s oversight. Unfortunately we have seen many instances where an audit function is being assessed against a definition of their work with which they do not agree.

So as to ensure consistency of expectations we have always found it wise to place reliance on the International Professional Practices Framework of the Institute of Internal Auditors (the IIA).The IIA was established in 1941 and is the internal audit profession’s global advocacy and key educator. The International Professional Practices Framework defines internal audit as “an independent, objective assurance and consulting activity designed to add value and improve an organisation’s operations”.

The Framework notes that, done well, internal audit “helps an organisation accomplish its objectives by bringing a systematic, disciplined approach to evaluate and improve the effectiveness of risk management, control and governance processes”.

The best examples of internal audit oversight are those that find a way to review their current station against the IIA guidelines –“The audit committee engages in an open, transparent relationship with the chief audit executive (the CAE)”.

The relationship between the audit committee and the CAE is of critical importance. Operating well such a relationship will be mutually beneficial. There will be guidance sought and given in a fraternal and supportive way. It is an environment where there is mutual trust and respect for the roles that are played by each other.

When this relationship breaks down or is fractured what one tends to see is the audit committee placing conditional reliance on the work of the internal audit function. Equally the CAE may seek to withhold information from the audit committee or seek guidance from others not as suited to provide independent counsel.

In reviewing internal audit charters we encourage organisations to benchmark their approach with other like or high profile organisations. We are partial to the internal audit charter of the Australian Securities Exchange (ASX) – the company tasked with the development of the Australia’s primary securities exchange and the facilitator since 2003 of key corporate governance principles upon which the activities of those listed on the exchange are measured.

The ASX uses the IIA definition of internal audit to define its principal objective. The ASX charter is prescriptive on the accountability and responsibility of its internal audit function by setting out expectations on reporting deliverables such as:

■ Regularly advising on progress against the internal audit plan and any significant matters impacting achievement of the annual work programme;

■ An annual assessment on the adequacy and effectiveness of the ASX’s processes for controlling its activities and managing risks;

■ Reporting on significant risk and control issues arising from the work of internal audit including potential improvements to processes and procedures;

■ Coordination with and provide oversight of other control and monitoring functions (eg risk management; compliance; security; legal and external audit).

As a result of discussions with the CAE, the audit committee has a clear understanding of the strengths and weaknesses of the organisation’s internal control and risk management systems. As we noted above, the internal audit function exists to ensure the perpetual improvement of the organisation’s internal control environment. Consistent with this therefore is that the CAE must properly and well articulate the true condition of the undertaking that it is reviewing.

If it fails to do so or deliberately seeks communicate in an ambiguous manner not only will the Audit Committee be devoid of proper knowledge of the current environment over which it seeks to govern but it will become lack the ability to properly supervise the management that should be addressing any control deficiency. The issue as to whether an internal audit function should articulate both the strengths and the weaknesses of the organisation has been debated strongly within the internal audit community.

Is it the role of internal audit to offer praise on the well operated processes and procedures of the area that it has sought to review? Or should internal audit only concern itself with where there are opportunities for improvement? This is a debate that each organisation needs to decide.

What Makes A Good Auditor

What matters is not the discipline that they have studied at university but their ability to approach an audit with a dispassionate yet inquiring mind; to be able to articulate well yet not verbosely. Indeed to suggest that someone needs to have had advanced studies to be an internal audit professional is equally erroneous. It is that person’s ability to demonstrate the characteristics previously mentioned that is of greatest importance.

The second element here is that there needs to be an internal audit plan. That is the internal audit function needs to be methodical in the assessment of which areas that it considers – usually dictated by a risk rating – worthy of its attention.

A strong audit committee will acknowledge this and will facilitate regular reviews of the ongoing relevance of the internal audit plan.

Without independence you do not have an effective internal audit function.

Internal audit must be, and must be seen to be, independent of the activities and processes that it appraises so as to ensure that it is capable of performing its duties in an objective manner and providing impartial advice to management and the Board.

The independence is best demonstrated by a director reporting line between the CAE and the audit committee in terms of functional audit matters. Many organisations additionally arrange that the CAE reports to a senior function for administrative purposes. Best practice is that, for administrative purposes, the CAE reports to the Chief Executive Officer.

Additionally the IIA considers it important that:

■ The internal audit activity is quality orientated and has in place a Quality Assurance and Improvement Program.

■ That Audit committee regularly communicates with the CAE about the performance and improvement of the CAE and the internal audit activity.

■ Internal audit reports are actionable, and audit recommendations and / or other improvements are satisfactorily implemented by management.

■ That Audit committee meets periodically with the CA without the presence of management.

Failing to properly oversight a function that seeks to honestly lay bare the true condition of the undertaking opens up those that seek to supervise and govern organisations that they are not doing all that they can to properly inform – and grow the wealth – of the proprietors.

What is it that you – as the proprietor or as a proxy for the proprietor – are doing to ensure that your internal audit function is worthy of its ancestral roots?