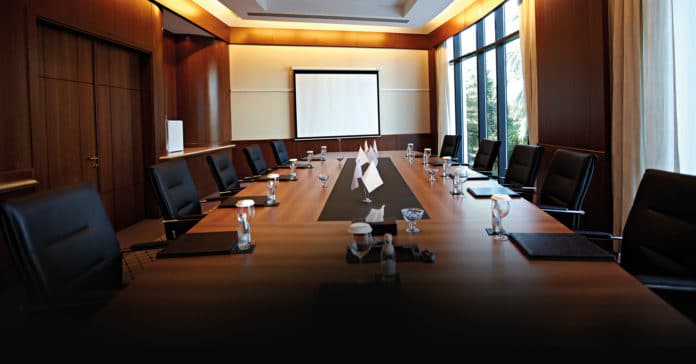 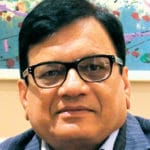 By Mahindra Swarup – Chairman, Association of Independent Directors of India

Hailed as a watershed moment for India Inc, the Companies Act of 2013 (TCA, 2013) brought in sweeping reforms with the intention of modernising India’s corporate governance landscape and ushering in a new era of stakeholder democracy.

From redefining board composition and legislature’s concept of corporate social responsibility to mandating the placement of women directors on boards, the act made a paradigm shift from the way Indian companies have been regulated over the previous six decades. The law improved many areas of governance, especially in recognising and beginning to address the issue of the ‘majority-minority’ agency problem but it still leaves a lot of room for improvement.

Renewed attention on the institution of the independent director as being instrumental in promoting a sound corporate governance framework has been a significant consequence of the Companies Act of 2013. The regulations have placed them on a pedestal which is equidistant from all stakeholders. They are, therefore, best suited to champion the interests of those stakeholders who are never represented in boardrooms. They have the power not merely to represent minority shareholders, but also the interests of the community at large: future generations, the environment and the vendors – stakeholders whose interests are often circumvented in the pursuit of increasing shareholder value.

When the idea originally surfaced in India, promoters responded predictably by empanelling individuals with whom they have a closer and more long-term relationship. Consequently, independent directors themselves saw their role confined to making up the numbers to comply with board composition requirements. All of this roughly translated into passive independent directors and boardrooms where engaging the management itself was seen as a challenge, leave alone the possibility of confronting them on policies and proposals.

To understand why this happened in India, it is important to understand the role of independent directors in the US and UK where the concept originated and the fundamental differences between ‘insider’ and ‘outsider’ models of corporate governance. Outsider models, best represented by the US and UK, are characterised by dispersed share ownership with large institutional shareholdings. Corporate laws formulated in this system are primarily designed to address the ‘management-shareholder’ agency problem.

In contrast, India is representative of the ‘insider’ model of corporate governance where family-owned businesses and concentrated stock ownership is more prevalent (no separation of ownership and control). Insiders often make up the single largest block of shareholders, with the remainder diffused among individuals or institutions that form the public interest. A large quantum of powers wielded by controlling shareholders naturally results in the management owing its allegiance to the majority shareholders with minority shareholders enjoying very little involvement in company affairs.

It goes without saying that India suffers from the majority-minority agency problem as opposed to the manager-shareholder agency problem that an ‘outsider’ model might be more concerned with. As the Indian corporate governance landscape develops, the effects of transplanting the legal and regulatory framework of an ‘outsider’ system will continue to become more and more apparent.

Their role defined in India

Prior to TCA, 2013, an independent director in India was simply defined as a non-executive director who ‘apart from receiving director’s remuneration, does not have any material pecuniary relationships or transactions with the company, its promoters, its directors, its senior management or its holding company, its subsidiaries and associates which may affect independence of the director’. This definition and subsequent provisions only dictated the terms that outline who did not qualify as independent directors. This total lack of positive qualifiers coupled with inadequate post-induction training intended to familiarise independent directors with the domain, sector and the company- resulted in companies appointing individuals who merely satisfy the compliance requirements, but were otherwise unsuited for the job. Many of these deficiencies have been addressed by the Companies Act of 2013 which defined entry requirements and mandated the creation of a central database of individuals eligible and willing to act as independent directors.

The institution of independent directors in India underwent a radical transformation with the introduction of the Companies Act of 2013 which significantly expanded the roles, responsibilities and liabilities of independent directors in India. Charged with being the conscience keeper of the company and with being a moral gatekeeper defending the public stakeholder, suddenly, there was a price to pay for non-performance and passive presence,

Criticism about the over-prescriptive nature of TCA, 2013 regulations aside, independent directors in India are arguably more empowered now than ever. The role of independent directors is to protect the interests of all stakeholders, particularly the minority stakeholders. They are the arbitrators in cases of conflicts, between management and stakeholders and between stakeholders themselves. They are expected to actively participate and guide the strategic direction of the company, particularly in the areas of corporate social responsibility, risk management, and workplace safety and security.

Good corporate governance is about no more than doing the right thing at the right time. It isn’t a series of box-ticking compliance exercises or a set of requirements enforced by regulators to reduce instances of malfeasance. It was the emergence of the ‘monitoring board’ concept in the US that brought forth the institution of independent directors; individuals who are meant to bring objectivity to the oversight function of the board in order to improve its effectiveness. For independent directors to play an active role in the protection of interests of the minority shareholders, the key issue is how independent they are when a situation arises. Considering the shareholding pattern, it is worth noting that the vast majority of independent directors in India are beholden to the promoters and the management for their empanelment into corporate boards.

Considering that the role of independent directors in India is to mitigate the ‘majority-minority’ agency problem, it would make sense for their appointment process to take this into account. But this isn’t the case at all. Independent directors are chosen by a committee where the chair (promoter) wields an inordinate amount of influence when it comes to the appointment and removal of independent directors. It is highly unlikely that promoters will sanction the empanelment of any individual who will place the interests of minority shareholders over that of the management.

It is clear from the current position in law that the independent directors do not exercise direct control over either the day-to-day operations of the business or the company’s whole-time directors’ actions. Independent directors are persons of high repute and stature, who due to their previous contributions and track record are appointed onto the boards of public service utilities and other companies. Yet, lenders take action against independent directors in case of a default by any company and even publish their names and photographs in newspapers as ‘wilful defaulters’, along with the promoters/owners/whole-time directors/management of the defaulting company without instituting a proper inquiry.

In view of such inclement conditions, independent directors, fearful of becoming soft targets, are shying away from taking seats on company boards, while the lenders in their attempt to make recoveries somehow (or to cover up their own inefficiencies resulting in rising NPAs) continue to misuse this provision (weapon) of declaring the independent directors as wilful defaulters.

Some of the regulatory body’s actions in relation to wilful defaulters are laudable, such as in case of SEBI, which as per its board meeting held on 12 March 2016, published a press release restricting the companies and their promoters/directors declared as ‘wilful defaulter’ to access capital markets to raise funds or to take control over a listed entity. It also restricted any fresh registrations to any such entity or its promoters or directors. Having said that, such regulatory direction without making any exception for the independent directors would inhibit its implementation

In order that the benevolent institution of independent directors survives and supports the healthy culture of governance, it will have to be protected and safeguarded from arbitrary and mechanical actions and approaches. Such actions from the leading industry if not curbed and effectively regulated, would defeat the purpose of bringing independent directors on the board of a company. Any person with requisite knowledge and experience would be deterred and would not come forward to take the responsibilities of an independent director.

Regulatory interventions in India have become more in-depth and inquisitive and there is an increased faith placed in the institution of independent directors. But a key problem in India is the director’s ability to act independently from the promoter. In the context of an inability to define independence as a state of mind, independent thought isn’t commonly observed in traditional board settings.

The success or failure of the Indian growth story is contingent on the trust and quality of governance that safeguards capital. Over time it is likely that India Inc. will witness a dilution of controlling shareholding across the board. The importance of ensuring independent directors are empowered to discharge their duties is now more important than ever. What is urgently required is a complete overhaul of the institution of independent directors and the systems designed to facilitate effective execution of their duties. Recent recommendations by the 21-member Kotak Committee are a step in the right direction and we can be hopeful that successive reforms will seek to address the spirit of independence over all else.

Mr. Mahendra Swarup is presently the Managing Director of Avigo Capital, a private equity fund and is responsible for portfolio management and new investments at Avigo. He brings significant operating experience to the table. Mr. Swarup as the head of Private Treaties of Times of India Group (now Brand Capital) invested across various business cycles in over 50 ventures in diverse industries viz. Pharma and Lifesciences, Manufacturing, Engineering, Media, Consumer, Food & Beverages, Education, and Business Services. He has a deep understanding of Indian businesses, regulatory, financial and market environment. In the past, he has held leadership positions in blue-chip companies like ACC, Nestle India, Sun Group-Moscow, and PepsiCo India at the board level and senior most functional levels in operations, sales and distribution, supply chain/ logistics, exports, and HR.

Mr. Swarup serves as the President of the Indian Venture Capital and Private Equity Association (IVCA). Under his stewardship, IVCA has become a major voice of the PE/ VC industry. He is associated with many educational institutions and is the Chairman of I-COMP: Initiative for Competitive Online Marketplace.

Asia: Which countries in the region are leading the way and...