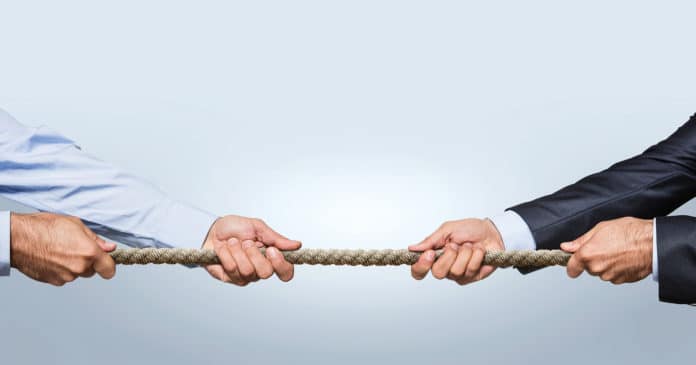 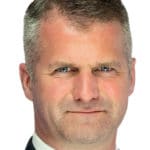 I was recently presenting to the board of a large European public company on the topic of activism when one of the directors asked me a question that perfectly illustrated the way activism is changing the conditions inside the boardroom. The director asked: “Do activists not understand how the fiduciary duty of boards extends beyond simply servicing their shareholders? Do they not understand the appropriate order of how strategic decisions are made by a company?”

The answer is simple and embodies the conflict facing companies when attacked by an activist. Yes, they understand but, no, that does not change how they approach their investments. Over the past three to five years, the shareholder-issuer dynamic has transformed and today shareholders are asserting views and pressuring companies to adopt more shareholder-focussed strategies and policies. The most visible form of this are the high-profile activists that deploy the media as a tool to pressure companies and boards and are supported by a broader shareholder base that is no longer willing to be deferential to the views of a management team or decisions of a board.

In today’s new paradigm for public companies, the expectations of companies and boards are much higher, and the risks associated with underperformance are much more severe. This is making boardrooms a more challenging place for directors and for management teams. Management teams need to deliver more value and under a shorter time horizon. Boards are under greater pressure to challenge the management on issues of strategy and performance. The qualifications and skills of individual directors are under greater scrutiny.

But why would an activist target your company in the first place? Activists are seeking the same objective as most other shareholders – value creation. The difference lies in that they want value realisation faster and are willing to compel the company to undertake a different plan that delivers. They look for companies that are undervalued, and for which they have a strategy that could create more value than the current plan.

Then they seek to assert their ideas by way of escalating direct pressure, gaining the support of other shareholders and aggressive public criticism. Indeed, an activist who owns two per cent of a company and launches a campaign, public or not, is only effective if he can convince a majority of the other 98 per cent that the board or management aren’t doing everything they can and should to create value for the shareholders. If there is sufficient discontent festering in the shareholder base, then they will push forward to implement their strategy, either alongside company leadership, or over the top of management and the board, at the cost of many a CEO’s or director’s career.

We also see a change in style of activist campaigns on the continent, with a shift toward more bellicose, public activism. There are many reasons for this change: first, the shareholder base of European companies is increasingly global, and those global, traditional investors are more and more inclined to listen to activist theses and vote alongside them. Second, as passive investors continue to win the battle for new investment capital ($1.5trillion has flowed out of active management and into index strategies in the past 10 years), actively managed funds have become more and more engaged with the companies they invest in and are increasingly becoming drivers of activism themselves. Activism is no longer a category of shareholders; it has become a shareholder behaviour that many traditional investors may adopt at certain times. In fact, according to Lazard’s latest annual survey of activism globally, in 2018, 25 per cent of activists were ‘first timers’ to public agitation.

“Activism is no longer a category of shareholders; it has become a shareholder behaviour that many traditional investors may adopt at certain times”

At its worst, an activist campaign can drive significant damage on the management and board’s reputation. At best, a public campaign causes managements to devote a significant part of their time and resources to responding to the campaign, instead of focussing on running the business, as they should. But with proper preparation, many risks can be mitigated.

So, what should companies and boards do to protect themselves? Boards in Europe have a responsibility to ensure that the companies they oversee are prepared – better prepared companies get better outcomes.

1. It is important for companies to organise themselves internally and with professional advisors, so everyone knows what their roles would be if attacked. Companies need to be prepared to react very quickly to an activist approach (hours, not days) so they can avoid a communication vacuum and maintain control of the narrative.

2. Companies must engage in a preparation exercise in effect, being their own activist, to assess their vulnerabilities from a shareholder perspective in terms of strategy and performance – for this step, having an external advisor on board with extensive experience of activist campaigns can provide that highly valuable ‘activist lens’.

3. Build direct and personal relationships with your largest shareholders through direct engagement by CEOs, CFOs and chairman or lead independents. Amid an attack, relationships and trust is as important as the relevance and strength of rebuttal arguments. IR should be thought of as a strategic component of value creation, as important as capital allocation and M&A.

4. Companies should update their investor relations plan and communicate proactively around the most sensitive areas of vulnerability. Be transparent with shareholders about strategy and governance initiatives, but also what the Company has chosen not to undertake. The day after an activist attack cannot be the first time you address sensitive subjects with shareholders.

5. Finally, managements and boards should reconsider their governance structure and apply best-in-class global principles to the board. Increasingly, every director on every board will have to prove how he/she uniquely contributes to the oversight of strategy and management. Being an accomplished business leader alone is no longer a sufficient qualification to be a director.

This form of preparation is moving from a best practice, to an obligation of boards. In today’s environment, every board should be asking the question ‘are we prepared to receive a letter or white paper from an activist today? Would we be able to react publicly within two to three hours if needed? What should we be doing to better prepare ourselves to get the best outcome possible, if attacked?’. Failing to do so means putting the company and the leadership at considerable risk (operational, professional and reputational).

It would be simplistic to view the rise of activism as a short termist trend that will. Rather one should consider this is a new world for shareholder relations, where management and board members have to engage and listen much more to their shareholder comments and concerns.

Rich Thomas is a Managing Director in Lazard’s Shareholder Advisory group, where he leads the European practice for advising clients on preparing for, and responding to, shareholder activism, unsolicited approaches and other related matters. He joined Lazard in 2006 as part of the Industrials group, where he provided advice to clients on a broad range of topics including M&A, restructuring and capital structure related decisions.

Where do investors stand on ESG?