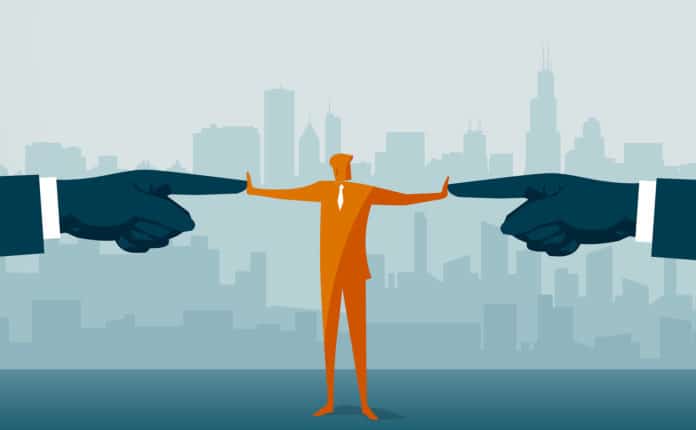 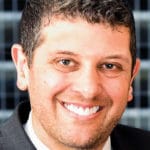 Public companies in the US and around the world are increasingly signing settlement agreements as a means to put shareholder activist campaigns to rest.

While companies are allured by the prospect of a quick end to the public side of an activist campaign, settlement agreements often invite new disruptions inside the boardroom and interrupt a board’s ability to concentrate on executing a long-term strategy. Moreover, settlement agreements are of increasingly shorter duration, meaning that the peace boards bargained for often becomes merely a fleeting respite from what is, in fact, a multi-year campaign of the activist.

The anatomy of a settlement agreement

What could possibly go wrong?

A settlement agreement may save a company a few months of crisis mode operations. But, now the new member of your club has arrived for dinner. Not content to wait around in the living room, rest assured he or she will head right for the kitchen to examine how the sausage is made – and determine whether another sausage maker is willing to buy you.

The seating of a new director at the table can create positive results. Occasionally, activist designees are generators of good ideas, shareholder returns, and maybe even long-term value. Sometimes, new blood in the boardroom will break old alliances that stifled progress and facilitate a new consensus that is productive. Every once in a while, directors and activists who battled for a period of time find that they get on well together in person. 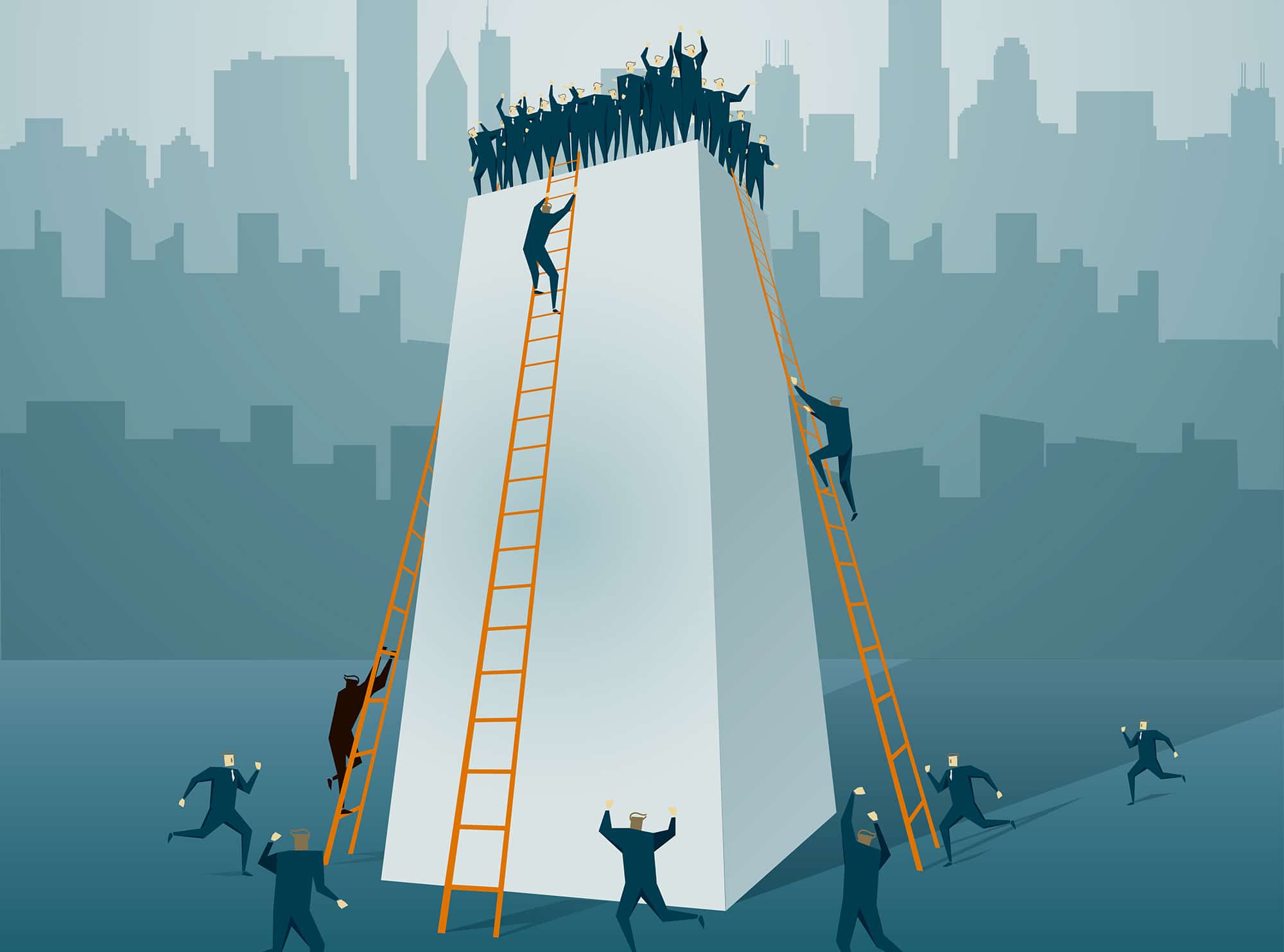 The question is about what happens in all those other times. Many settlement agreements place activist designees on boards whom the incumbent directors had never heard of until the campaign. In many cases, the activist designees have little or no experience in the company’s industry. Most funds place directors on a board because they want those directors to execute on the fund’s agenda – more often than not, the agenda is to sell the company as quickly as possible. Many activist directors purposefully try to be bulls in the china shop because they want to pressure their fellow board members to cave and sell the company.

All too often, companies negotiating settlement agreements underestimate the disruption that these new board members may cause. Settlement agreements generally do not constrain the ability of activist designees to push a board in directions that it would otherwise not go. Activist designees may ask for large amounts of information. In many legal regimes, a directors’ ability to refuse these requests is limited. The activist director can use this information to steer conversations in their preferred directions and ‘reopen the books’ on closed topics.  Activist designees almost universally claim to be independent and may try to be involved in discussions that touch upon the interests of funds that nominated them – this can give way to internal boardroom conflicts over the creation and constitution of special committees, and the access of the excluded directors to information created by, and discussions had within, those committees. Activists also often create files with ‘dirt’ on their fellow directors and management team, using this as bargaining leverage to push their agenda.

In several jurisdictions (including Delaware), an activist designee is permitted to share information with the shareholder who secured the designee’s position on the board – information that the director could not legally provide to other shareholders. Many clients are amazed to learn about the extent of Delaware’s leniency in this regard. This information, once passed up to the activist fund, may not be information that the fund can trade on, but it can become grist in the mill of the activist’s agenda. While your activist may have put down its slingshot for the term of the settlement agreement, its designees on the board are collecting stones.

“While your activist may have put down its slingshot for the term of the settlement agreement, its designees on the board are collecting stones”

On the topic of settlement duration, the peacetime period provided by standstill provisions can also turn out to be much shorter than the company appreciated. Companies often do not get the time they needed to adequately address the issues that were the focal point of an activist campaign before the settlement. Many agreements provide for peace only until next year’s proxy season, which is often only six to nine months away.  If a board is executing on a long-term strategy for the good of the company, the board should carefully consider how much of that strategy can be accomplished during the standstill period.

Decapitating the target companies — why CEOs are in the crosshairs

Although directors appear to be first targets in the line of an activist’s fire, the CEO is often the true primary target. Companies facing shareholder activism typically see a departure of their CEO within 18 to 24 months after an activist designee joins the board. For example, an activist fund we recently encountered prompted the departure of a CEO in 14 of its last 17 campaigns. Notably, this fund did not always make the CEO an explicit target during its proxy campaign.

When activist campaigns occur, heavy media focus is put on the negative attacks made against CEOs by activists. Suddenly, not just attentive shareholders but the public at large are treated to sensational claims of activists that are surprisingly often false, misleading or based on a selective use of facts. This kind of news unfortunately sells. What does not sell news as well, and thus is not given equal coverage, is news about how the CEO has patiently added value, stability and promise to the long-term strategy of the company. Shareholders wanting this information are more likely to find it tucked inside of the company’s specialised proxy soliciting materials. Against this background, activists and the business media unduly, and with surprising effectiveness, condition and inure shareholders to the continuous targeting of talented and effective CEOs.

But why are activists focussed on getting CEOs fired? Because once management is decapitated, it is easier for an activist to push for its agenda – often a sale or break-up of the company. A board should consider the potential consequences for its CEO when negotiating with an activist, particularly if the board considers the CEO fundamental to the company’s current strategy. When an activist enters a boardroom, it may militate over a period of time for significant changes to management, whether or not the activist made this topic a pillar of its public campaign.

Boards often underestimate the potential for an activist to disrupt the boardroom process because they overestimate of the legal implications of fiduciary duties.

It is axiomatic in boardrooms that under the law of Delaware and other jurisdictions, directors owe fiduciary duties to the company’s shareholders and must take into account the interests of all shareholders equally. Delaware courts have consistently rejected the concept of ‘constituency directors’ or the idea that a director can serve the interests of one group of stockholders to the neglect of the others.

It is too often assumed that these legal standards should give the company and its incumbent directors comfort that a designee of an activist fund, upon joining the board will cast aside his earthly ties to the fund and focus instead on creating long-term value all shareholders. In reality, fiduciary duties do not prevent activist designees from pursuing policies and taking positions in the boardroom that advance agendas of the funds that nominated them. The activist director needs to merely conclude that the interests of the fund and the interests of ‘all shareholders’ are aligned – and it is difficult to prove otherwise.

A settlement agreement may fail to provide an enduring peace. Many activist situations that were resolved with a rushed settlement subsequently escalated into a full-blown public fight after the standstill period expired. In other words, many settlements ultimately fail to achieve the board’s primary objective of preventing a public proxy battle.

The first important action a board can take if it is considering settling with an activist is to make sure it is negotiating state-of-the-art terms. Settlement agreements in shareholder activism are trend-driven; activists are reluctant to accept terms that will make them look weaker than their competitors. At the same time, with the right incentives they can be encouraged to sign a settlement agreement that commits them to a longer and more comprehensive standstill provision than they might otherwise accept.

Before signing the settlement agreement, the board should make sure it has thought through all of the ways in which this activist can harm the board and management during the term of the agreement. Will the CEO be specifically targeted? Will the board be subjected to new books and records requests? Does the draft agreement adequately regulate the activist’s ability to communicate with its designees on the board? Is the board comfortable that the new director will not unduly harm productive dynamics in the board room? Is the duration of the standstill sufficient to allow the company to accomplish objectives it would need to accomplish to pre-empt a repeat activist campaign when the standstill period ends?

If the answers to any of these questions are less than satisfying, the board may need to go back to the negotiating table if it still can.

Sometimes a proxy contest is the best option

If your board is like many others, you may be watching the clock tick on a settlement agreement and waiting for the next knock at the door. The time to start planning for that knock is as soon as possible. If the activist fails to push its agenda inside the boardroom, another fight is likely. If the company is not prepared for this, the activist may return after the settlement agreement to take control of the narrative before the company does. Your activist will then look to take credit for your best ideas in addition to his or her own, unless you openly lay claim to those ideas and initiatives first.

Therefore, boards should not give up on the idea of a proxy fight until they have made a full and informed analysis on their potential path to victory in a contested election. While settlement agreements continue to be common, boards still prevail in proxy contests more frequently than activists. If your company is one of those with a good case for itself, then your company may be better off facing the activist head-on and dispensing with its campaign sooner rather than later.

KAI LIEKEFETT is a partner in New York and chairs Sidley’s Shareholder Activism practice. He has more than 18 years of experience in corporate law in New York, London, Germany, Hong Kong and Tokyo. In the last five years, Kai has been involved in nearly 50 proxy contests, more than any other defense attorney in the country.

He has been named a “2019 Dealmaker of the Year” by The American Lawyer for the Wynn Resorts proxy contest. Kai has been recognized in the 2017, 2018 and 2019 editions of Chambers USA as one of only seven leading attorneys for Corporate/M&A: Takeover Defense. He frequently teaches classes on shareholder activism, including at Harvard University and speaks regularly on panels around the world.