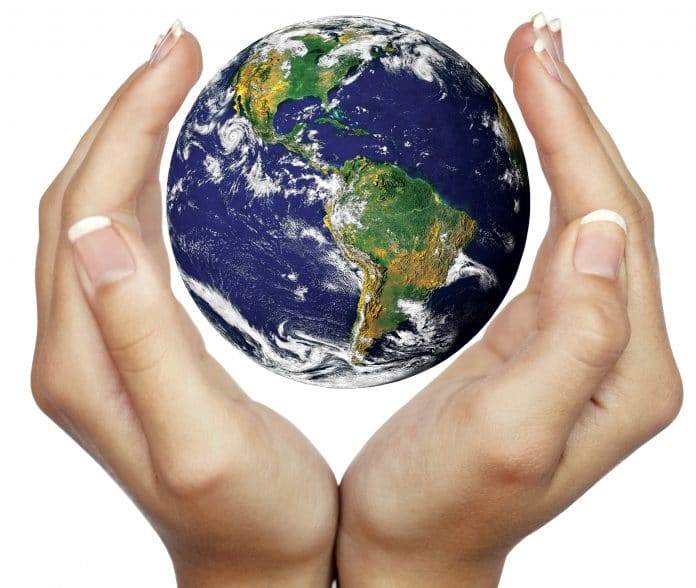 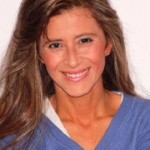 By Paola Gutierrez Velandia – Director of Spain and Latam, Head of Execution and Corporate Governance Advisory for Georgeson

It’s amazing the asymmetries that can be found throughout the different countries in Latin America. Some of them have come a long way in corporate governance while others have not yet achieved the simplest reforms.

We could consider those countries that conform to corporate governance the so-called Pacific’s Alliance and specifically those who have agreed to sign to MILA (Latin American Integrated Market) as the most developed ones – that is Mexico, Peru, Chile, and Colombia.

Brazil plays in another league with its membership in BRIC (Brazil, Russia, India and China) and its well-known Novo Mercado, a stock exchange segment that launched to address concerns over low standards of corporate governance. Panama has made huge efforts yet still struggles to become a more transparent market with a huge battle on the bearer versus register shares, which took a sudden turn when most people believed the project was over.

The case of Novo Mercado is a triumph. This sub-segment of the market is one of the most successful examples when it comes to promoting corporate governance within companies. The BM&F BOVESPA has four levels for companies that agree to undertake voluntary governance standards rules. The basic level, the Novo Mercado, had 75 per cent in 2004 while ten years later has 68 per cent of the market. Level one now has 16 per cent compared to five per cent of the segment in 2004, Level two has 11 per cent while in 2004 had 14 per cent but Bovespa Mais (1), the most demanding level, now has five per cent share of the market when in 2004 only had one per cent.

On the other hand, we have seen the rise of investors group Amec (Capital Markets’ Investors Association), which is particularly active in promoting governance in the region. It not only advocates but also acts with foreign investors on particular cases.

The triangle is complete with one of the most active IoDs (Institute of Directors) of the region, and some could say at the global level, the Brazilian Institute of Corporate Governance (IBGC). This Institute has conducted more than 49 training sessions for more than 1,211 people. “The IBGC is an organisation designed to create and disseminate knowledge,” says Heloisa Bedicks, CEO at IBGC. “The IBGC is well aware that to fulfill this purpose, it must continually create value to members and to the market in general.”

The previous CONASEV has now become the Superintendencia de Valores and is in charge of regulating and supervising the capital markets. In 2002, the commission drafted and approved the Principles of Corporate Governance for listed companies and in 2013 the Superintendecia issued new principles more in line with international practices.

Among the main principles of the code is that channels for disseminating information should provide for fair, timely, cost-efficient access to relevant information, taking into account: all shareholders should have access to information equally; attention to particular requests for information by the shareholders, investors generally or other stakeholders should be done through an authority and/or designated staff responsible for that effect; cases of doubt about the confidential nature of the information requested by shareholders or stakeholders related to the company must be resolved. The criteria should be adopted by the board and ratified by the general meeting and included in the charter or bylaws of the company.

One initiative developed by the private sector to strengthen corporate governance in Peru in recent years was the establishment in 2006 of the Competition of Good Corporate Governance, created in partnership between the Association of Promoters Market Companies capital (PROCAPITALES) and the Peruvian University of Applied Sciences (UPC). It rewards companies, whose governing bodies have adopted a commitment to change, guiding the implementation of the Principles of Good Corporate Governance.

The Lima Stock Exchange (LSE) created an Index of Good Corporate Governance (IBGC) in June 2008 and it now contains ten companies in various sectors including banking, mining and energy, among others issuers who must meet certain minimum standards that are validated by independent companies specialising in the register of the LSE (called ‘validating companies’) and meet liquidity criteria.

Among those companies you will find Graña y Montero and Ferreycorp which this year have been recognised as among the most transparent during the proxy season due to the fact that they reveal with sufficient advance the names and CVs of the candidates and they are voted separately.

Two key issues of the Peruvian market should be underlined; the first one is that companies should have in the board of directors representatives of the AFPs (national pension funds) so companies usually don’t give in advance the names of the candidates and even though legislation allows companies to vote separately, companies often use bundle proposals that lead investors to vote against some of the proposals.

The other thing is that as in most jurisdictions in Peru, distant voting by electronic means is almost impossible – investors must appoint a proxy with specific instructions and a power of attorney adding costs to the process of voting.

The Corporate Governance Project in Colombia was started in 1999 by the Confederation of Chambers of Commerce (CONFECAMARAS), with support from the Center for International Private Enterprise (CIPE) of the US Chamber of Commerce. This initiative contributed to the spread and general knowledge of corporate governance, especially in the public market.

One of the most interesting achievements was in 2001-Resolution 275 issues by the Superintendencia de Valores (now Superintendencia Financiera after the banking and securities regulator merged in 2010) forced listed companies that wanted to part of the portfolio of the pension funds to adopt a corporate governance code.

Then came Law 964 in 2005, where among the issues that can be highlighted came the requirement of at least 25 per cent of board members to be independent, eliminating the numerical substitutions or alternate possibility of not having the requirement to have an audit committee, the election of its members without the mandatory implementation of the electoral quotient system and the obligation to respond in writing reasoned proposals made by shareholders representing five per cent of the shares subscribed.

The first governance code was issued by the private sector with the endorsement of Confecámaras, the Stock Exchange, the National Association of Pension Funds, the Dinero Magazine and KPMG.

In 2009, the Stock Exchange through its program Colombia Capital organised a commission that issued the new country code sponsored among other by the Inter-American Development Bank, currently under revision. It recommends that the board meets at least once a month, a board of directors chart approved by the governing body binding for the members and reporting to all shareholders.

Colombia scored 69.4 out of 100 on the Reports on the Observance of Standards and Codes (ROSC) initiative by the World Bank ROSC, the lack of an institute of directors among reported issues. One of the key hindrances of the markets is the lack of disclosure of the candidates of directors that by law shall be voted by slate and the fact that all agendas include the item ‘others’. ISS only recognised Ecopetrol as one of the companies with most sufficient information about candidates of the board of directors during the proxy season.

Currently, Chile appears to be one country in Latin America advancing heavily in regards to corporate governance in contrast with initiatives of self-regulation. Currently the legal framework is strengthening the role of the independent director; mechanisms performance evaluation and implementation; performance of listed companies boards and bringing support on the adoption of new materials such as IFRS and integrated risk.

However, on the private initiative there’s the Center for Corporate Governance and Capital Markets, which started in October 2010. The main mission of the Center for Corporate Governance at the University of Chile (CGCuchile) is to improve corporate governance practices, ensure the proper functioning of boards of directors and contribute to the development of the capital market, creating value in companies.

Recently a regulation obliged companies to issue a kind of proxy statement disclosing the proposed resolutions but overall the name of the candidates and their CVs in order to give shareholders in advance enough information to make a decision. The main problem remains in that Chile bundle proposal remains and item ‘others’ remains. Authorisations for issuance share capital often jump the threshold accepted international for waiving pre-emptive rights.

The Mexican Institute of Corporate Best Practices is the creation of a certification program that defines how directors profile should be, functions and responsibilities. Currently the Institute has an active data base of directors which is available to listed companies to maintain compliance with independent directors in order to maintain a level of confidence, technicality, knowledge and sense of commitment to ethics and corporate social responsibility.

Another private initiative is the Center for Excellence in Corporate Governance founded in March 2004 by the University Anahuac Mexico Sur and Deloitte in Mexico. The CEGC is a private non-profit organisation, sponsored by partnership and with the help of International Finance Corporation, the World Bank and the Organisation for Economic Co-operation and Development (OECD) and other key agencies nationally and internationally such as Caux Round Table, Endeavor, National Association of Corporate Directors (NACD), club entrepreneurs Forests, Haynes & Boone, etc.

One of the key issues during proxy season is that companies have chosen to appoint directors directly to the committees, which has caused them a relevant amount of negative recommendations from proxy advisors, basically because of the definition of independent director and the fact that executives can be on certain key committees.

Drawing on nearly a decade and a half of practiced expertise in her field, Ms.Gutierrez parlays her various experiences into her position with Georgeson, which offers advice to corporations on how to engage with investors on Corporate Governance issues. She has become known in her industry as a knowledgeable professional with many years of expertise and experience in corporate governance conducting due-diligence for private equity funds, board evaluations and advocacy programs that involve fundraising tasks. Ms. Gutierrez helps to promote Corporate Governance in emerging markets and is taking steps to assist new Spanish listed companies in knowing and engaging with their investors on Corporate Governance issues. She is involved in several Proxy Contests and is well known for advising companies about the governance risk they face according to their ownership structure. Ms. Gutierrez is the Country Correspondent for Spain of the ICGN

Board gender diversity in Latin America