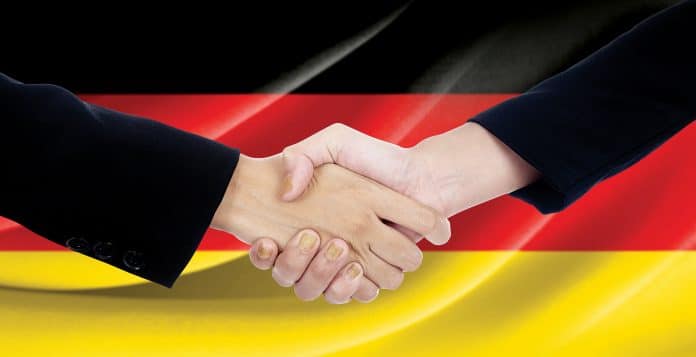 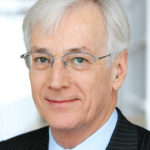 Following several corporate crises in Germany that were considered to be the consequence of poor corporate management, the Code was developed by a purposefully established commission, the Regierungskommission Deutscher Corporate Governance Kodex, which is still responsible for the Code today.

Moreover, increasing usage of international capital markets by German companies, as well as the resulting rising expectations of foreign investors towards German companies, should have been taken into account. The mandate issued by the Federal Ministry of Justice on 6 September 2001 was concise and clear: on the basis of the currently valid company-law regulations, a commission that was independent of politics and working on a voluntary basis was to develop a Code summarising the principles of good and responsible corporate governance. The Code was intended to inform about the rather complicated, particularly for foreign investors, German Corporate Charter. Based on a comprehensible and well-arranged description of its main features, the effectiveness and quality of the German system was to be clarified.

This particularly comprises the description of the German dual system, the statutory employee representatives in the supervisory board. Thus, especially due to the separate functions of management board and supervisory board, i.e. the duality of operational competency and responsibility, on the one hand and supervision, counselling and agreement/ approval competency on the other, the German system differs from monistic systems prevailing mostly
in the Anglo-American regions, but also in many other countries in Europe and partially in force on other continents.

Another distinctive feature is the legal co-determination of employees, which exists both on the corporate level (works councils) and on the supervisory board level. Today, it is still required to create more understanding for these two distinctive features – particularly outside Germany – and to reduce misinterpretations and resulting reservations vis-à-vis German corporate governance.

From the beginning, the expectations of politics and the economy towards the Code were not limited to its information function. In addition, corporate governance and control were to be improved by the fact that the Code gives recommendations addressed to the management and supervisory boards of companies listed at the stock exchange. Thus, it was intended to strengthen the self-organisation of the German economy – below a legal regulation – on a voluntary basis. The recommendations of the Code concretise and complement the mandatory provisions of the stock corporation law. A legal obligation of complying with the recommendations does not exist. The Code relies on voluntary acceptance. Nonetheless, the recommendations are not legally irrelevant.

With the ‘compliance declaration’ in accordance with § 161AktG (German Stock Corporation Act), listed companies have to report whether they comply with the recommendations of the Code and if not, possibly give reasons for not complying with them. The comply or explain principle that has been introduced in many countries in Europe also characterises the Code and highlights the decisive difference between legally not-binding recommendations and the mandatory and enforceable legal regulations of stock corporation law.

The German Code differs from many other codes that are limited strictly to recommendations and do not offer the service of giving a comprehensive overview of a country‘s corporate governance in one document.

Although this has been questioned particularly in Germany within the context of downsizing discussions time and again, the commission convened by the German Federal Minister of Justice stuck to giving a concise overview of all relevant legal provisions in the Code. Surveys, such as that of the Berlin Center of Corporate Governance (BCCG), have shown that the German Code lives up to its role as information instrument – particularly for foreign investors – and is appreciated for it.

In contrast to many other codes, the German Code stands out due to the fact that, in terms of recommendations and the few proposals contained, it is limited to guidelines and does not want to regulate every detail. Since the beginning of the work on the Code, therefore, the principle prevails to regulate as little as possible and only as much as is actually necessary. In doing so, the Regierungskommission follows the fundamental idea that every regulation, particularly by the legislator, limits rights to freedom. Each not necessarily needed legal regulation simultaneously weakens the self-healing and self-regulating powers of society and economy, as the regulator takes responsibility off them.

Normally, people have a good feeling for what they are allowed to do and what not. The stricter the regulation, the less people have to consider what is right and what is wrong. There is high danger that they simply take a subordinate role and do not think in a responsible manner anymore. A simple ticking-the-box approach is to be prevented. This would constitute a dangerous trend: no law and no internal regulation covers everything, the reality of life is always more diverse. So, people always need an additional indicator for the legitimacy of their actions.

“In contrast to many other codes, the German Corporate Governance Code stands out due to the fact that, in terms of recommendations and the few proposals contained, it is limited to guidelines and does not want to regulate every detail”

Therefore, the German Code consciously relies on a healthy culture of variation within the scope of the comply or explain principle. Already in the preamble, it is pointed out that a well-founded deviation from a recommendation of the Code can be in the interest of good corporate governance. A recommendation should only be applied if it really makes sense for the respective company it its specific situation. Tendencies of arranging things so that compliance can be demonstrated or precautionary declarations of non-compliance, which are given more and more frequently for fear of potential actions in rescission, are seen by the Commission with great scepticism. Ultimately, both undermine the sense of the Code and destroy the confidence in this instrument of self-regulation.

The Commission is also concerned about a trend to the juridification of the Code. Justiciability would be a meander and is opposed to the basic idea of the Kodex at the time of its introduction. A legal review and evaluation of declarations within the scope of the comply or explain principle would de facto lead to a legal compulsion to comply with the – not actually bindingly drafted – recommendations of the Code. Here, the drivers are the increased liability risks for members of the management and supervisory boards as well as actions in rescission of decisions of the annual general meeting that are supported by allegedly faulty or insufficient declarations of compliance.

In Germany, the declarations of compliance are analysed by a number of institutions, such as the Berlin Center of Corporate Governance or the Center for Corporate Governance of the Leipzig Graduate School for Management every year. With their comprehensive studies that are broadly taken up by the media they create the necessary differentiated scientific transparency and, in the end, also the pressure to make changes and corrections that are considered as necessary by the stakeholders without generating a legal compulsion to comply.

The Commission disapproves of the EU principles for controlling compliance or deviation declarations. The current elements of voluntariness and flexibility, combined with and based on increased transparency, should be maintained by all means. They should not be factually transformed into compulsory compliance by externally established controlling bodies and their criticism on the basis of predefined characteristics and formalities for compliance declarations.

About the Author:
Dr. Manfred Gentz is the Chairman of the Regierungskommission Deutscher Corporate Governance Kodex since October 2013. He is a member of the Commission since 2006 and was in charge of the working group management
compensation, which has influenced the Code amendments 2013.

Tone at the top