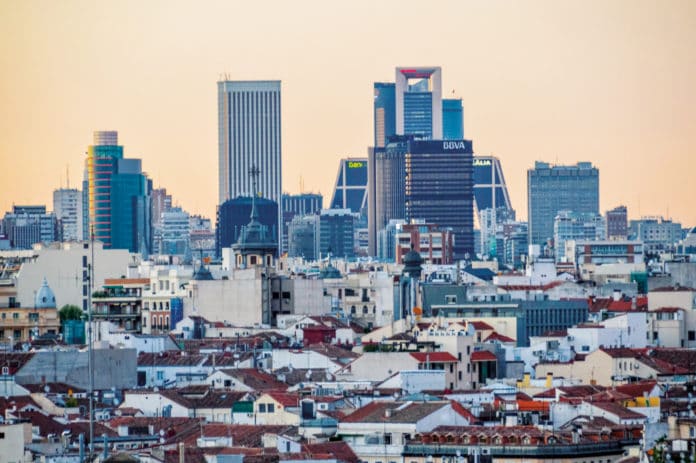 The 2018 Spanish proxy season has been characterised by the growing effort of IBEX-35 companies to align with international corporate governance best practices, through a continuous dialogue with the most active institutional investors in this field.

In the Spanish market a large number of companies still carry out engagements prior to their respective shareholders’ meetings, a practice which is increasingly being penalized by institutional investors, since it is interpreted as a way to gain influence on voting intentions just before the Annual General Meeting (hereinafter, AGM).

If we analyze the main variables that have characterized the Spanish proxy season, we can observe that in terms of quorum, the average attendance quorum has increased by 1.9 points with respect to 2017, from an average quorum of 70.38% in 2017 to an average quorum of 72.25% in 2018. Seventeen IBEX-35 companies have increased their level of attendance at their shareholders’ meetings. Cellnex (+6.14%), IAG (+4.59%), Acerinox (+4.49%) and Indra (+4.04%) have experienced the highest increases.

Source: Georgeson’s database. Quorums represent the total number of shares voted, excluding treasury shares, and are based on public information.

The most controversial issues in 2018 have once again been those related to the composition of the Board of Directors and the aspects related to their remuneration. In relation to the first matter, one of the issues that institutional investors have paid more attention to during this proxy season are the competencies and capabilities that members of the Board of Directors must possess in order to succesfully perform their supervisory tasks. It is the duty of the Nomination and Remuneration Committee to prepare a “Competency Matrix”, taking into account the assessment of the Board of Directors. Some institutional investors are increasingly interested in the process of identification of competencies and on how the Nomination and Remuneration Committees articulate the necessary mechanisms used to ensure that the Board has the required skills and structure according to the challenges the company is facing.

In this regard, the average against vote in the appointment, re-election and ratification of directors during 2018 was 3.64%, 0.7 points lower than 2017. Although at a first sight this figure doesn’t seem too high, it is worth mentioning that 9 companies out of the IBEX-35 experienced at least one management-proposed resolution regarding these items with more than 10% shareholder opposition. As each year occurs, Proprietary and Other External Directors have been the most penalized types of Directors during 2018 General Meetings, due to the low level of independence on some companies’ Board of Directors, according to international standards (50% of independence in the Board of Directors for a non-controlled company).

During 2018 there has been a trend encouraging Board diversity in all aspects: gender, nationality, ethnical, cultural, etc. In matters concerning to gender diversity, some institutional investors are taking action to promote this matter; a primary example includes State Street Global Advisors (SSGA), who announced last year that they will require listed companies to ensure that their Boards of Directors are diverse and if they are not, they will penalize those who are responsible for proposing new directors, by voting against them in the AGM. According to public information, in the 2017 proxy season, SSGA voted against the reelection of the chairman of the Nomination and Governance committee of 400 companies (394 from the US) that didn’t count with any woman at the Board and did not take any action to improve the level of gender diversity.

Other investors are even more strict, such as Natixis (now Ostrum) who has expressed that will vote against the chairman of the nomination committee if one of the genders is not represented by a third, or Allianz Global or Hermes, both establishing in their policies that at least 30% of gender diversity should be met by the companies’ boards.

In terms of remuneration, institutional investors present in the shareholder base of Spanish listed companies have continued to maintain the focus on i) the so-called “pay for performance”, ii) company’s improvement in the disclosure of financial and non-financial metrics associated with short and long-term remuneration, iii) severance payments and iv) discretionary payments. During the 2018 proxy season, the average support of the Annual Remuneration Report in the IBEX-35 companies has slightly improved with respect to 2017 (from 85.50% in 2017 to 88.52% in 2018).

In terms of companies, 7 out of the IBEX-35 companies obtained in this resolution more than 10% shareholder opposition. As shown in the graph below, the level of support of shareholders to this resolution varies significantly among companies (between 56.46% and 99.89%), although in general terms there has been an important improvement by Spanish issuers in the transparency and disclosure of remuneration issues.

Source: Georgeson, based on public information.

Additionally, from Georgeson we have perceived a growing interest of institutional investors in social and environmental matters. In both, North American and European listed companies, when institutional investors vote against the appointment or re-election of directors, they have to do in most cases with corporate governance matters. However, in Spain we have already seen how Lyxor and Calvert have voted against the re-election of the Chairman of the Audit Committee and the Chairman of the Compensation Committee for poor performance of the company in social or environmental matters. This highlights the need of the Boards of Directors to carry out an adequate supervision of the social, environmental and ethical risks to which  listed Spanish companies are exposed to. In this regard, the Good Governance Code of Listed Companies recommends that the task of overseeing the corporate responsibility policy should be a non-delegated power of the Board of Directors.

For the 2019 proxy season, listed companies in Spain are facing the challenge of continuing to improve transparency in terms of remuneration, professionalize the board refreshment process and continue to maintain an ongoing engagement with the investment community, not only in matters of corporate governance, but also in social and environmental aspects. 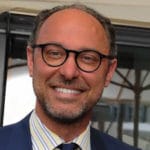 Stefano Marini founded Proxitalia, now part of Georgeson, in 1996. He has 30 years’ experience in Investor Relations. Stefano is CEO of Georgeson Srl, Proxitalia Srl and Georgeson SA and is responsible for Proxy and Corporate Advisory businesses in South Europe and Latin America. He started his career in 1986 in Montedison becoming Director of Investor Relations for the Ferruzzi-Montedison Group. Mid 1994, he joined the INA Group as Head of Financial Communication where he participated in, among other things, the company’s listing on the Milan Exchange, NYSE and SEAQ (1994), its private placement (1995), convertible bond PEN (1995) and acquisition of Banco di Napoli and BNL Vita (1997). Stefano founded in 1989 and chaired for 14 years the Italian Association of Investor Relations. 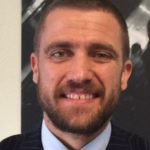 Prior to join to Georgeson in 2012, Carlos Sáez Gallego worked as a Governance, Risk & Compliance Manager for KPMG for more than 5 years ,specialized in Corporate Governance, Corporate Social Responsibility, Ethics & Compliance issues and Social Responsible Investment. He also worked for Villafañe & Asociados for 2 years as a senior consultant working in corporate reputation and branding projects. Also, he worked for Soluziona Management Consulting (Now Indra) as a strategy consultant for 4 years. He was Junior Consultant at GPM-CMC, working in projects to propose solutions to save costs, reduce cycle times operations , improve efficiency and quality. He Carlos has a deep experience helping companies designing CSR & Corporate Governance Masters Plan, CSR Reports and advising companies for it inclusion on sustainability indexes like DJSI or FTSE4Good. Since 2012, he has been involved in corporate governance advisory, proxy solicitation and proxy fights in the Spanish & Latam markets. 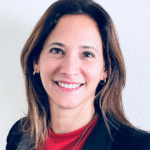 After holding a Bachelor degree in Business Administration from Universidad de Lima (Perú), Claudia Morante Belgrano began her professional career in the financial sector, as a stock market analyst at the Interbank Group Stock Exchange (Lima-Peru). She also holds a master degree in Business Consultancy for CEU University (Madrid-Spain). Since 2003 and for more than 12 years, Claudia developed her career in the field of business advisory at KPMG and PwC. She joined Georgeson in 2016 were she is the Head of Corporate Governance. Claudia has an extensive experience in advising companies in Corporate Governance matters, mostly in the Ibex-35 companies, were she developed annual Board Assessments, corporate governance GAP analysis, Risk maps, Proxy Solicitation, corporate governance roadshows, etc. Claudia is co-author of several publications regarding the development of corporate governance practice in Spanish listed companies and participates in specialized forums within corporate governance issues. She is member of ICGN (International Corporate Governance Network). 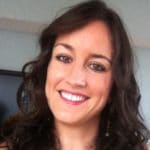 Eva Marti Serra started her carrier at Georgeson in 2012, supporting the Operations and Corporate Governance Teams. During these years she has been involved in proxy solicitation, proxy fights and corporate governance analysis, as well as coordinating and managing call centers to contact retail investors to maximize their participation in corporate events in Spain. Currently, she holds the position of Corporate Governance Manager, primarily focusing on aligning issuers´ corporate governance practices with the requirements of their investors as well as international best practices. Eva holds a Degree in Business Management and Administration, and did a Master in International Business Management; her previous working experience includes focusing on the Internationalization of small Spanish companies and an Assignment in BAA Financial Department.