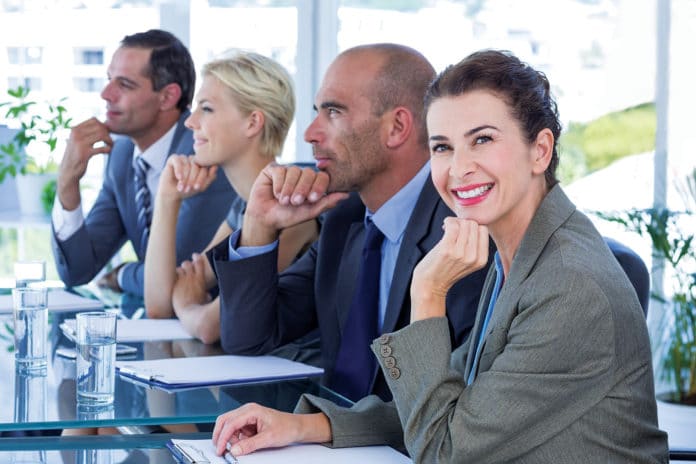 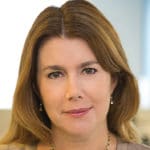 A recent study from EY found that there are more men named John, Robert, William and James than there are women on the corporate boards of the top 1,500 companies of the S&P.[1]

Although we’re well in to the 21st century, with women in the United States earning the majority of advanced degrees, constituting about half of the workforce and controlling a significant portion of consumer spending, women’s representation on corporate boards is not even close to parity. Only about 20 per cent of S&P 500 board seats are held by women; in other words, almost four out of every five directors are men.

The good news is…

In what may seem surprising news to some, the representation of women on corporate boards is higher on the boards of the largest companies in the US.

In the Alliance for Board Diversity’s (ABD) and Deloitte’s new census of Fortune 500 (F500) boards, the Fortune F100 (F100) company boards outperformed the F500 boards in terms of representation of women and minority directors with 35.9 per cent of women and minorities holding board seats, compared with 30.8 per cent in the rest of the Fortune 500. Currently, 65 per cent of F100 boards have greater than 30 per cent board diversity, compared to just under 50 per cent of F500 boards in the census.[2]

Smart companies understand that they can no longer compete effectively in a global economy without leveraging the talents of 100 per cent of their workforce. Those that have embraced inclusive workplaces recognise they need a diversity of experiences, talents and perspectives to be successful.

In other important sectors of the economy, women’s representation on boards is also dismally low. According to the Boardlist’s survey of ‘unicorn’ companies (private tech companies valued at $1billion+), women hold only about 10 per cent of the total board seats.[5]

What about women of colour?

Even worse, women of colour are under-represented on S&P 500 and Fortune 500 boards. The ABD/Deloitte report found that women of colour held only 3.8 per cent of F500 board seats. More specifically, in 2016, Latinas held 41 seats; Asian/Pacific Islander women held 44 seats; and black women held 122 seats. All told, about 200 board seats are held by women of colour, barely enough to fill one small movie theatre. Yet, when we look to the future, we see that ‘minority’ women will represent the majority of women in the United States in 2050. The low representation of women and women of colour in particular begs the question: are corporate boards well-equipped to serve the future marketplace of talent and customers?

“With women in the United States earning the majority of advanced degrees, constituting about half of the workforce and controlling a significant portion of consumer spending, women’s representation on corporate boards is not even close to parity”

The slow – even stagnant – progress made towards gender-balanced boards in the United States is out of step with the pace of change in other regions, particularly Western Europe. Egon Zehnder’s recently released 2016 Global Diversity Analysis underscores that while the United States has been treading water with respect to its representation of women on corporate boards, Western Europe has been pulling ahead.[7]

To be sure, Western Europe has seen the introduction of quotas in several countries. But progress has also occurred at a rapid pace in the UK, which has taken a business-led approach to increasing women’s representation on boards. In 2010, women held only 12.5 per cent of FTSE100 board seats; their representation had more than doubled by 2015, to comprise 26 per cent of FTSE100 board seats.

“A decade of raising awareness, leadership from many prominent business leaders and organisations and women knocking on the doors of boardrooms, has had little impact”

The stagnant progress in the United States remains in spite of research establishing the business case for gender diversity on boards. We have more than a decade of research – by Catalyst and other highly regarded organisations that focus on these issues – that shows that having women in leadership positions is good for business and good for society. It improves the long-term business performance and improves problem-solving and innovation. And yet, despite this the numbers have not really moved. This lack of progress suggests the business case may provide the justification but not the motivation – to improve diversity on boards.

A decade of raising awareness, leadership from many prominent business individuals and organisations and women knocking on the doors of boardrooms, has had little impact. Bold action is required to accelerate progress for women on boards. There is no ONE right way to diversify boards – there are many approaches.

Here are a few essential ways to help move the needle:

7 steps to increase board diversity

1. Set a goal and measure your progress Set an intention around board diversity and a time frame to achieving the goal. Businesses set goals for many business metrics that matter; why not set one for gender diversity on your board? This example is confirmed on a broader scale through research. Catalyst’s research in conjunction with the Government of Ontario and the Rotman School of Management found that, on average, companies that explicitly considered gender when recruiting new board positions had much more diverse boards. In fact, in our report, companies that disclosed that they had a policy of considering gender when recruiting board members almost doubled the representation of women on their boards over five years.[8]

2. Adopt at least one means to facilitate board refreshment Catalyst research in conjunction with the Government of Ontario and the Rotman School of Management found that boards with a higher rate of board renewal and those with board term limits were more gender-diverse than those without. Boards should consider adopting term limits or a retirement age to facilitate board renewal.

3. Sponsor women for board service Catalyst research and programmes demonstrate that sponsorship works. Sponsorship is the active support by someone appropriately placed in an organisation and who has significant influence on decision-making processes and advocates for, protects and fights for the career advancement of an individual. The Catalyst Women On Board programme demonstrates the impact of sponsorship. The programme pairs a CEO or board chair with a senior executive woman who aspires to board service for a two-year partnership. The mentor/sponsors provide valuable advice and counsel and, critically, introduce the women candidates to their network of sitting directors. Since the programme began nearly 10 years ago, almost 60 per cent of programme alumnae have been appointed to corporate boards. Most recently, Stephanie C. Hill, Vice President and General Manager, MST-Ship and Aviation Systems, Lockheed Martin Corporation, who was paired with Douglas Conant, former CEO, Campbell Soup Company and current Chairman, Kellogg Executive Leadership Institute, was appointed to the board of S&P Global.

4. Alternate director appointments by gender Consider adopting the strategy outlined in the Committee for Economic Development’s ‘Every Other One’ campaign. This campaign advocates that every other board seat vacated by a retiring director should be filled by a woman.

5. Insist on gender-balanced candidate slates Require that lists of potential board candidates consist of at least 50 per cent women candidates with the skills and profile sought and include women from diverse communities. Follow through by requiring that women – including women from diverse communities – comprise at least 50 per cent of the interview pool for every open board position. Research shows that if you have only one woman on your slate, the odds of her being selected statistically are the same as if you had zero women on your slate. Consider going a step further and adopt the strategy urged by search consultant Beth Stewart: interview the women candidates first. Her firm, Trewstar, has successfully completed searches for many F500, mid-cap and private equity companies utilising this approach.

6. Look broadly for talented directors Deconstruct the competencies needed and expand the search beyond the default criteria of ‘CEO’. As Tanya van Biesen, Executive Director, Catalyst Canada, commented in the Financial Post: “If you define merit as only ever having been a CEO, then that’s a problem.” It’s simply a myth that there’s not a supply of exceptional women director candidates. The better question is: are the companies really looking? Tap into networks of CEO-sponsored women candidates provided by Catalyst Women On Board, the Women’s Forum of New York and numerous other groups, including Equilar.

7. Lead with inclusion Diversity and inclusion should be a regular part of the agenda for boards and for corporate leadership. As the president and CEO of CIBC, Victor Dodig, made clear at a recent event hosted by Catalyst and the 30% Club Canada, it is important to ‘engage your men and women leaders around the business imperative of gender diversity’.

Looking to the future

Every newly appointed director is an opportunity to change the leadership landscape. All too frequently, boards have missed this opportunity. More than two-thirds of S&P 500 new board directorships go to men, ensuring that change will continue at the current slow pace. But the increasing representation of women on the boards of the largest companies in the United States shows that with intention and effort it is possible to build leadership teams that more closely resemble the communities they serve. For those companies that have difficulty locating women candidates for their boards, the question comes to mind: what else might they be missing or overlooking?

Many of today’s boardrooms reflect the workplace and marketplace of the past: are they ready for the future? Boards would do well to heed ice hockey legend Wayne Gretzky’s advice quoting his father: “I skate to where the puck is going to be, not to where it has been.”

It’s well past time for boards to reflect the changing demographics of the talent pool and the marketplace. Their financial performance and global economic competitiveness depend on it.