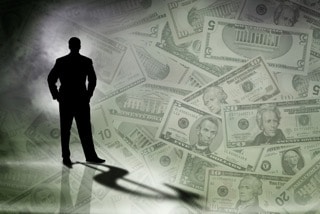 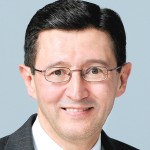 The report from a recent Financial Stability Board (FSB) event on compensation reflects the growing interest by regulators in many jurisdictions that financial institutions also take non-financial factors into account when determining executive compensation[1].

It also shows that this concern is becoming more concrete in terms of so-called ‘conduct risk’ and as regards the direct role that risk management and other control functions are expected to play in the workings of a company’s compensation system.

The banks participating in the event shared the work they are doing to incorporate the above considerations into their pay practices. At the same time, they continued to express concern that EU-type constraints on the proportion of permitted variable compensation diminish their ability to have enough pay at risk, to make the appropriate pay adjustments during downturns and to have consistent global compensation policies.[2]

Background to the event

The FSB 2015 Workshop on Compensation Practices, held in April in London, was the third of its kind, and forms part of the larger efforts by the FSB to get direct industry input on its work on compensation.[3]

The format is an open roundtable discussion of senior regulators from G-20 countries and representatives of globally systemically important banks. This year’s agenda focused on the relationship of risk and compensation. This is not a new topic. It was extensively covered in earlier meetings and workshops of the FSB and it is part of the 2009 FSB compensation principles.[4]

However, what is new is the degree of practical focus on the ‘how’ of taking risk into account in compensation decisions. Particular emphasis was given to 1) the work within the board on compensation, 2) the role of the risk management function, and 3) conduct risk.[5]

HCM’s work with companies shows that when boards of directors take their supervision of executive compensation more seriously, they also tend to develop new ways of working internally together. One typical change is the breaking down of silos between board committees.

The FSB report provides further evidence supporting this observation. There are indications that board remuneration committees and risk committees are talking more to each other and holding joint sessions to avoid gaps and duplication. They are also sharing specific responsibilities, such as the identification of material risk takers.

Whether shareholders and the general public believe that boards are doing a better job because of the above and other efforts is another question. But at least in Switzerland there are signs of the public beginning to perceive some improvement. A recent HCM representative public poll of the Swiss population suggests a nearly 10 per cent decrease over last year in the proportion of those who think boards do not carry out sufficiently their compensation oversight responsibilities.[6]

2). Risk managers not just observing but beginning to impact compensation design and decisions

Already in 2009, the FSB compensation principles foresaw a role for the risk management function in compensation, something also picked up to different degrees by many national and regional regulators, including in Switzerland, the EU, and the US.[7] And some of the subsequent work by the FSB, as well as by the Basel Committee on Banking Supervision (BCBS) and International Association of Insurance Supervisors (IAIS) [8], has advanced the topic further.

This year’s FSB report suggests progress is taking place in the degree and quality of involvement by the risk management function in the compensation process. Among some of the reported improvements are that the risk manager is now perceived as:

3). More recognition of the link between ‘conduct risk’ and compensation

Compliance professionals have long held that the behaviour of managers and employees constitutes itself a potential exposure for the company if the company does not devote enough efforts to promote and reward responsible decision-making. Regulators are now — particularly following the recent banking scandals — increasingly advancing this theme. They are doing so under the term ‘conduct risk’. The FSB workshop this year leveraged this term to explore what banks are doing to pursue the nexus of a) individual and collective compliance/risk behaviour in a company and b) its bonus system.

Importantly, the discussions among the participants seem to reflect a recognition that the conduct-compensation link

One central take-away from the latest FSB work is that compensation is likely to continue to remain within the radar of international standard setters and national regulators.

Companies that have begun reviewing their pay practices are well advised to continue to do so. At the same time, companies should exercise caution when building non-financial factors into their compensation system, even when required by regulation. These factors have to be skillfully defined and calibrated. A too mechanical or technical approach can lead to these efforts being ineffective or even backfiring, particularly if a) it is unclear how the conduct factors fit within the overall compensation strategy of the company or b) they are administered or communicated sub-optimally.

The above challenges are even greater for global companies. Such companies have to consider carefully the competing demands from the various jurisdictions in which they are active, all while avoiding that this frustrates their goal of enterprise-wide consistency on fundamental compensation and reward principles.

HCM’s analyses of supervisory and regulatory initiatives aimed at the financial services industry suggest that, with some delay, many of these initiatives ultimately come to influence the debate and practices in other industries. Non-financial services companies thus may wish to take note of the points outlined above and consider the possible relevance for their business and risk profile.

Gabe Shawn Varges is Senior Partner at HCM, an international consulting firm which advises boards of directors, senior management, and control functions of companies in a variety of industries on strategic aspects of compensation, governance, and compliance. HCM is a partner firm in the Global Governance and Executive Compensation Network, a strategic alliance of leading independent international firms focused in these areas. A former senior regulatory official and corporate executive, Mr. Varges has also served on various professional boards and is former President of the Association of Corporate Counsel in Europe. He is a graduate of Harvard University and lectures at the University of St. Gallen Executive School. He is the author, among other publications, of “Governing Remuneration”

[2] Firms subject to the EU Capital Requirements Directive IV must limit variable pay to 1X base salary or 2X base salary with shareholder approval. Other restrictions apply. See: http://ec.europa.eu/finance/bank/regcapital/legislation-in-force/index_en.htm.

[3] The FSB also held this year for the first time a roundtable with major international insurers. The outcome of that event is not yet public but the holding of the event signals a preparedness by the FSB and the regulatory authorities in the FSB Compensation Monitoring Contact Group to also begin thinking about pay practices of major players in the insurance industry.

[4] The 2009 FSB compensation principles and subsequent standards are found in: http://www.financialstabilityboard.org/what-we-do/policy-development/building-resilience-of-financial-institutions/compensation.

[5] For more the on “how” of compensation, see G. S. Varges, “Governing Remuneration” in the book S. Emmenegger, “Corporate Governance” (2011), available on www.hcm.com under “Publications”.

[6] The public poll, conducted independently by Demoscope on behalf of HCM, can be found on www.hcm.com under “News and Publications”.