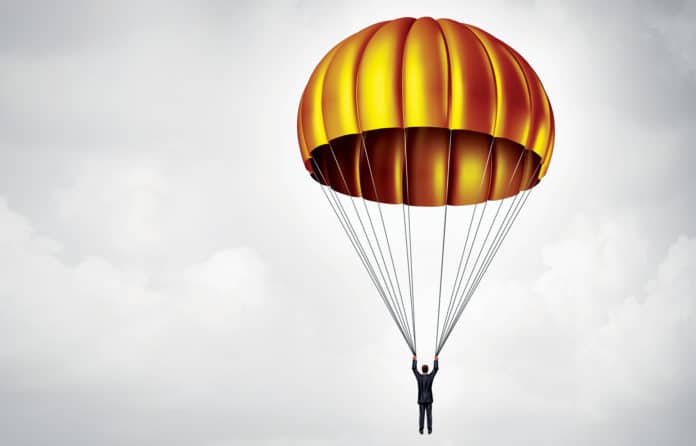 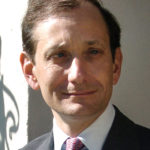 I have been a longstanding critic of oversized executive pay – particularly significant severance or retirement packages. So, when the ExxonMobil board announced that CEO Rex Tillerson was to receive a $180million stock-based retirement package upon his nomination as the US Secretary of State, many thought that I would react quite negatively.

After all, he was exiting some time before his long–anticipated retirement date and the board could have denied him the significant benefits that he would have been entitled to had he remained at the company. But they were right to essentially preserve his package the way they did, despite criticism from many. Ultimately, though, there is a much more troubling aspect to this whole controversy.

The theory behind the original package that Tillerson was set to receive was decently conceived and shareholder friendly. To prevent him from ‘gaming’ his actions near retirement to artificially inflate the stock price so that he could sell his shares at a premium value, only later to see the stock fall, he and the board had agreed to a 10-year vesting schedule for his retirement shares. This was to incentivise him to continually focus on the long-term value of the company, even as he neared retirement. But when he was unexpectedly tapped to go into government service, the board, among other things, gave him a cash payment equivalent to the unvested shares’ value at the time of his early departure that would be placed in trust and allowed to be invested elsewhere. Tillerson was reportedly giving up about $7million in benefits that he would have received had he not taken the appointment.

For the board, this was a completely unexpected and unpredictable event. It certainly couldn’t have ever been anticipated or even contemplated as Tillerson was approaching retirement. He had worked at the company his entire career. To completely deny him the benefits accruing from his lifetime’s efforts unless he stayed a bit longer would have been inappropriate and sent the wrong message to the rest of the organisation. An organisation must be loyal to its employees if it is to expect loyalty from them. To have removed all benefits would only have bred contempt for the organisation in others working there.

Second, Tillerson gave up something quite significant in the bargain, even though he was cashed out. Oil prices have been at a low point for quite some time now. At some point over the next decade, they certainly will regain value and Tillerson, by exiting at a low point, has given up all of the upside that retaining the shares, even unvested, would have provided. On the flip side, his fellow ExxonMobil shareholders will take a little more of the upside home, as he will no longer be invested.

It is critically important at this juncture of America’s history that citizens encourage those with long-standing successful business careers to enter public service. The dearth of those with business sense in government is highly troubling and may partially explain the significant mistrust that a large part of the citizenry has toward public officials. Certainly, some new faces in public service, who are not part of the political class, are worth a try. Should the board have effectively denied Tillerson of this position by virtue of denying his retirement benefits, it would certainly have been the wrong signal to send from a large and respected company to other corporate organisations and the nation generally. We need talented, business-experienced and savvy men and women in government.

“No one begrudges a Bill Gates or Steve Jobs, who made large fortunes as CEOs, because they were the entrepreneurs who founded their businesses and took significant personal financial risks in the creation and operation of them”

A government agency is a vast and highly complex organism. Having those in charge who ran similar organisations successfully in the private sector may lead to more efficient and productive government – something all of us would hope for.

Finally, in this highly politically charged environment, it was almost impossible for the board to have escaped criticism from some quarters, whatever it had done. The directors were in the classic Catch 22. I, however, can find no real fault in their or Tillerson’s actions and believe that all made the best of a tough situation. The shareholders in this instance were decently represented by their board and should be comfortable with what was ultimately agreed. Had I been in the board’s shoes, I might very well have done the same thing.

Elephant in the room

So, I understand the board found itself in a quandary and I also understand the reason behind its decision. But there is a bigger issue here that so far has been unmentioned in the controversy. That is, why would Tillerson, under any scenario, receive at least $180million on his retirement?

This is the proverbial elephant in the room. Too often we have seen large, entrepreneurial-style returns paid to managers who either were terminated – the case of the $42million paid to Carly Fiorina of Hewlett-Packard comes to mind or, more recently, the $134million package presented to John Stumpf of Wells Fargo – or simply retired normally – Tillerson’s predecessor, Lee Raymond, ignited a firestorm when he was paid over $400million when he left the company.

No one begrudges a Bill Gates or Steve Jobs, who made large fortunes as CEOs, because they were the entrepreneurs who founded their businesses and took significant personal financial risks in the creation and operation of them. They deserved entrepreneurial-sized returns because they took entrepreneurial-styled risks. However, Fiorina, Stumpf, Tillerson and Raymond were managers. While they took on employment risk in accepting their positions, their personal wealth was not at stake in the same way Jobs’ and Gates’ were. The odds of ExxonMobil, Wells Fargo, or Hewlett–Packard disappearing under their watch were slim.

Therefore, it seems inappropriate for them to have achieved an entrepreneurial return by simply taking managerial risk. This is really what the issue created by the Tillerson package should have been about. While I have no problem with the way the board responded to Tillerson’s change in circumstance, I am troubled by the board’s creation of so large a retirement package in the first place. That should have been the lesson of this controversy.

Charles M. Elson is the Edgar S. Woolard, Jr., Chair in Corporate Governance and the Director of the John L. Weinberg Center for Corporate Governance at the University of Delaware. He is also “Of Counsel” to the law firm of Holland & Knight. His fields of expertise include corporations, securities regulation and corporate governance. He is a graduate of Harvard University and the University of Virginia Law School. Professor Elson has written extensively on the subject of boards of directors. He is a frequent contributor on corporate governance issues to various scholarly and popular publications. He is Vice Chairman of the ABA Business Law Section’s Committee on Corporate Governance. He is presently a member of the Board of Directors of HealthSouth Corporation, a healthcare services provider and Bob Evans Farms Inc., a restaurant and food products company. He is presently a trustee at the Hagley Museum and Library, the Delaware Art Museum and the Museum of American Finance.