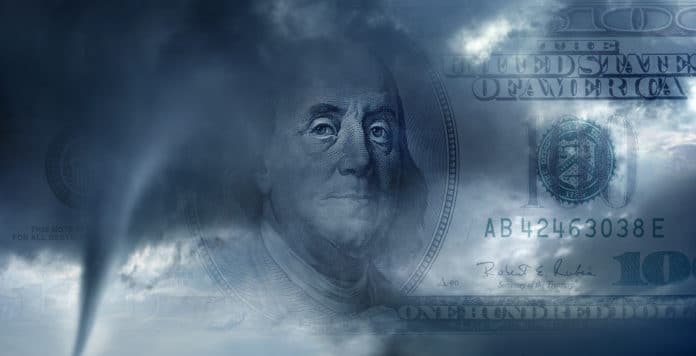 Just in time for the new year, President Trump signed the Tax Cuts and Jobs Act, which presents the most sweeping changes to the US tax code in decades.

As finance chiefs rushed to incorporate changes in their year-end financials, compensation leaders were assessing the effects on incentive plan payouts for performance periods ending in 2017. The considerations before them included whether to allow financial windfalls or shortfalls stemming from tax reform to impact payouts on bonus plans and long-term incentive plans (LTIPs). They also needed to give thought to incentive plans measuring performance beginning in 2018 under the new tax regime.

The issues that tax reform presented during the first few months of 2018 offer important lessons for the compensation professional. They cut across a number of important areas, such as how to measure performance on outstanding performance plans when there are unplanned exogenous shocks, set performance goals amid uncertainty and draft incentive plan language that confers an appropriate degree of flexibility. In this article, we share five important lessons, along with their broader implications for managing both short-term and long-term incentive plans that are linked to corporate performance.

Tax reform is an exogenous shock because it could not have been contemplated in advance. It also disrupts what a company thought would be reasonable operational performance. This means that currently outstanding performance plans – namely, the short-term bonus plan in effect and all outstanding LTIPs – may be impacted in some way.

An accounting standard change is an exogenous shock as well. For example, in 2018 most companies will adopt the new revenue recognition accounting standard (called Accounting Standard Codification No. 606, or ASC 606 for short). For many firms, this new standard will substantially slow down their ability to record revenue. Because tax code and accounting standard changes are outside company or executive control, the consensus is that executives should be insulated from the positive or negative effects of such changes. Tax reform, for example, had negative year-one implications for companies that maintained more deferred tax assets than deferred tax liabilities. Importantly, these firms did nothing wrong; the short-term reduction did not result from any decisions they made. Small wonder that more than 80 per cent of companies we surveyed decided to adjust their performance metrics to remove any positive or negative effects of tax reform.

Tax reform prompted many companies to conclude they needed to adjust their performance metrics upward or downward, only to discover that these adjustments would trigger problematic accounting on any outstanding LTIPs. In particular, adjusting performance targets could be construed as an ‘award modification,’ resulting in a large unplanned accounting charge.

Worse, an award modification could invalidate the favourable tax treatment of outstanding awards grandfathered under Section 162(m) of the tax code, thereby costing a company potentially tens of millions of dollars in tax deductions.

As a result, firms are studying their award agreements to identify any missing considerations that could require adjustments to calculated performance or the metrics themselves. Their intent is to structure award agreements, so they automatically permit adjustments as necessary to neutralise the effects of undesirable exogenous shocks. This shift towards more flexible language will also likely show up in stock plans being submitted for shareholder approval.

3. Don’t be too liberal in adding discretionary problems

Some companies took stock of the prior lesson and changed their LTIP award agreements to provide near-limitless flexibility for discretionary adjustments in response to unforeseen future events. This accomplished the goal of not triggering an award modification. However, it created an even worse accounting problem. By inserting so much subjectivity regarding the available adjustments, it became impossible to specify an accounting grant date upfront at the point of award issuance.

To have an accounting grant date, the key terms of an award need to be locked down so that recipients clearly understand what they must do to earn the award. If the terms are so flexible that the compensation committee has almost limitless discretion to make adjustments down the road, it’s not possible to claim an upfront meeting of the minds. Deferring the grant date triggers mark-to-market accounting that many companies aim to avoid. The most effective approach, as we note below, is a Goldilocks one: not too hot, not too cold. Companies must provide for the right pockets of discretion without embedding excess subjectivity into how payouts are determined.

One outcome of tax reform may be an increased use of discretion in annual cash bonus plans. With the elimination of the performance-based compensation exemption from Section 162(m), companies may choose to use more qualitative measures, such as individual performance or strategic milestones. They also may add some elements of discretion in determining annual cash incentives since these awards do not have the same accounting limitations as stock-based awards. While objective measures are no longer required for tax purposes, companies will likely continue to provide transparency to annual incentive plan decision-making, a practice many institutional investors and proxy advisory firms have come to expect.

A shift towards more discretionary language in long-term, stock-based awards is likely but requires much more careful and deliberate calibration of the language to avoid triggering mark-to-market accounting. Since there aren’t bright lines to follow, any changes to the award agreement language should involve considerable socialisation with internal stakeholders and external auditors.

4. It’s one thing to know that an adjustment is necessary. It’s quite another to know what adjustment to make

In mid-January, we spoke with some companies who said they needed to delay their annual LTIP award because they were still trying to model the expected multi-year effects of tax reform. “They were able to back out the immediate effects of tax reform on awards paying out, however, they felt unprepared to set goals for new awards due to remaining uncertainty about the long-term effects of tax reform. Weeks later, with uncertainties mounting, many of those companies set performance goals anyway for the simple reason that they could delay no longer. What this situation illustrates is that the need to take exogenous events into account does not guarantee clarity in how precisely to do so.

The new accounting revenue recognition standard, ASC 606, presents a similar dilemma. It’s clear that performance awards granted prior to the release of this accounting standard should have their metrics adjusted to factor in the now-known ramifications. For example, an LTIP award issued in 2016 that covers fiscal year performance in 2016, 2017 and 2018 will be influenced by the year-one effects of ASC 606. That said, when performance metrics were set in early 2016, the impact of ASC 606 was not yet known. The natural solution then is to disentangle the effects of ASC 606 from the performance measurement process.

That’s easier said than done. For some companies, ASC 606 alters how quickly they recognise revenue across hundreds of thousands of customers’ contracts. Once companies adopt the accounting standard and make the associated systems changes, they no longer have a parallel universe revealing what revenues would be had they not adopted the standard. In short, it may be conceptually simple to adjust out the exogenous shock of adopting ASC 606, but mechanically, there might not be a straightforward way to do this.

The problem therefore is twofold. It’s not clear how to forecast the full aftermath of an exogenous shock. Neither is it easy to gauge what would have happened without the shock. The most pragmatic approach may be to develop a financial model that untangles the effects of whatever exogenous shock is of concern. The earlier this is done, the easier it is to acquaint key stakeholders with the model and document the assumptions that play into year-end decision-making.

The problems we’ve discussed so far affect multiple functions. Compensation teams need to manage the decision-making process. Legal teams must make sure that proposed decisions are compliant. Tax teams have to identify potential tax penalties or lost deductions. Accounting teams have the job of flagging adverse financial effects and modelling performance adjustments. The compensation committee must understand all of this activity so they can balance shareholder and executive interests. And, of course, executive LTIP recipients need to feel that their treatment is fair.

As we reflect on how firms have responded to tax reform, the ones that had the most successful outcomes were not necessarily those with the most flexible language in their award agreements. Neither were they the ones who avoided the negative effects of tax reform. Rather, they were the firms that demanded strong collaboration among their functions. This resulted in compensation committees that felt adequately prepared and executive recipients who had advance insight into compensation decisions. Said differently, success depends not so much on the actual problems than on a strong, integrated process to deal with them.

Putting it all together

In this article, we’ve chronicled five lessons from the rollout of the Tax Cuts and Jobs Act as it relates to performance measurement and compensation plans. We’ve also shown how the same lessons apply to adjacencies such as the revenue recognition accounting standard ASC 606.

The takeaway? When it comes to structuring and documenting incentive award agreements – and coping with surprises – leading organisations measure twice and cut once. They take care to balance flexibility with accounting rules. They also assemble cross-functional teams that can anticipate and manage the issues that come up. With these elements in place, companies are well-positioned to withstand exogenous shocks so that their leadership can continue making the most effective decisions for their shareholders and executives. 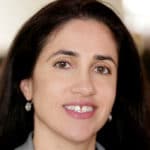 Kelly Malafis is a founding Partner of Compensation Advisory Partners (CAP) in New York.  She has over 20 years of executive compensation consulting experience working with Compensation Committees and senior management teams. Kelly has advised large and small publicly traded companies as well as private companies in a variety of industries. 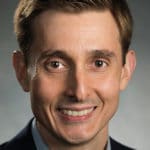 Takis Makridis, CEO of Equity Methods, Takis is relentlessly committed to delivering practical, plain-English, high-impact solutions to clients while remaining active in the firm’s research efforts. The 60-plus professionals at Equity Methods have served 35 of the Fortune 100, focusing on the valuation, design, and financial reporting of equity compensation awards, as well as other complex securities. Takis also is regularly cited in media such as the New York Times, Corporate Board, Thomson Reuters, Bloomberg BNA, and CFO.com. He is a member of the WP Carey School of Business Dean’s Council. He holds a BS in economics and finance from Arizona State University and an MBA from Oxford University