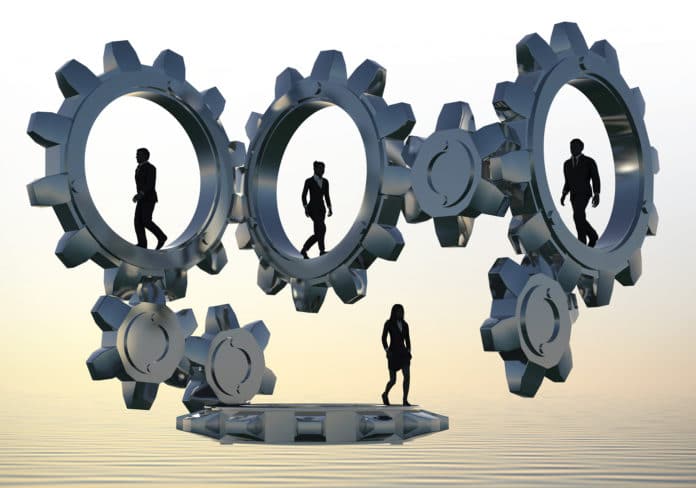 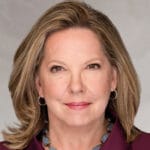 At a time when trust in US business is at an all-time low, according to the Edelman Trust Barometer, the idea that the corporation should be run solely for the benefit of the shareholders is being questioned, including by large institutional shareholders.[1]

In a recent survey of 500 institutional investors, Edelman found that investors are increasingly taking into account as investment factors longer-term social and environmental considerations and the corporation’s cultural health. They are also expecting companies to take a stand on relevant social issues. A full 98 per cent of investors surveyed indicated that ‘public companies are urgently obligated to address… societal issues to ensure the global business environment remains healthy and robust’.[2] The top five issues of concern cited were cybersecurity, income inequality, workplace diversity, national security and immigration. More broadly, in his January 2018 letter to CEOs, BlackRock CEO Larry Fink discussed the need for portfolio companies to have a ‘sense of purpose’ and shared his view that to ‘prosper over time, every company must not only deliver financial performance, but also show how it makes a positive contribution to society. Companies must benefit all of their stakeholders, including shareholders, employees, customers and the communities in which they operate’.[3]

Interest in for whom the corporation is governed is as old as the corporate form itself. Originally, corporations were created by special royal charter for a specified purpose – for example to explore the East Indies – allowing the enterprise to raise capital and share the risk and reward of the endeavour with investors (who need not be actively involved in its management). In the US, the earliest business corporations were chartered to engage in activities of societal benefit, such as constructing turnpikes and bridges, supporting clean water supply, and providing banking services and insurance. While profits were expected, corporations were a means of addressing a societal need that required capital accumulation beyond what a partnership or sole proprietorship might provide. As Adam Smith recognised in The Wealth of Nations, capitalist activity is driven by self-interest, but he also assumed, as explained in The Theory of Moral Sentiments, that ‘morality’ and prudence would moderate excesses and guide corporate directors and managers.

As corporate formation became more generalised and liberal under state corporate law, corporations grew in number and in economic strength, as they provided goods and services that members of society needed or wanted. However, a series of scandals involving railroads and monopolies in the mid to late 1800s gave rise to distrust about the exercise of corporate power. The Great Depression and the resulting interest in curbing abuses associated with corporate power sparked a debate about the purpose of the corporation between Harvard Law School Professor E. Merrick Dodd and Columbia Law School Professor Adolf A. Berle, published in the Harvard Law Review in 1931 and 1932.

Professor Berle had taken the position that the board held managerial power over the corporation in trust for the benefit of the shareholders as the sole beneficiaries of the corporation.[4] Professor Dodd countered that the corporation should be viewed as having both a profit-making function and a social benefit function.[5] Professor Berle responded that his shareholder primacy view should prevail over Professor Dodd’s broader social purpose or stakeholder view because the broader view provided no clear mechanism
to measure the corporation’s success so as to hold the board and management accountable. He wrote: “A social-economic absolutism of corporate administrators, even if benevolent, might be unsafe; and in any case it hardly affords the soundest base on which to construct the economic commonwealth which industrialism seems to require.”[6]

As the economy recovered through the post-war period, companies reinvested, wages increased and shareholders profited, and it appeared that boards and CEOs – primarily CEOs in that era of ‘managerial capitalism’ – were meeting societal as well as shareholder expectations. In 1954, Professor Berle conceded: “Twenty years ago, the writer had a controversy with the late Professor E. Merrick Dodd, of Harvard Law School, the writer holding that corporate powers were powers in trust for shareholders while Professor Dodd argued that these powers were held in trust for the entire community. The argument has been settled (at least for the time being) squarely in favour of Professor Dodd’s contention.”[7]

The matter was not settled, however. In the late 1960s and early 1970s concerns about product safety and the environmental impact of corporate activity reinvigorated public interest in the corporation’s social responsibilities. In 1970, economist Milton Friedman shored up support for the shareholder primacy view in a well-known New York Times essay, in which he argued that ‘there is one and only one social responsibility of business – to use its resources and engage in activities designed to increase its profits so long as it stays within the rules of the game’.[8] Ralph Nader in turn called for federal chartering of corporations to provide stricter control over corporate power, due to the failures of shareholders and directors to hold corporations accountable.

Board accountability and shareholder value

Much has changed in the intervening years as managerial capitalism gave way to stronger and more independent boards, shareholding became concentrated in institutional investors and these concentrated shareholders became a more powerful force. Today’s boards of directors recognise that shareholders, directors and managers all function within a larger business and legal environment that shapes behaviour, in line with a broader view of corporate governance that goes beyond the internal affairs of the corporation. Boards navigate through continual changes in technologies, business models and competitive conditions as they guide the corporation in a dynamic environment. They also must adapt to changing conceptions about the role of the corporation in society that shape expectations about corporate governance and for whom the corporation is governed.

The corporation’s purpose and for whom it is governed is subject to shifting public sentiment and also to cultural norms, such that it is viewed differently in different parts of the world. Continental Europe (particularly Germany, France and the Netherlands) and countries in Asia have leaned toward satisfying the needs of employees and other ‘stakeholders’, variously defined to include suppliers, creditors and the communities in which corporations operate. In contrast, the US, Canada and the United Kingdom have leaned more towards shareholder primacy as a bright line standard that is easily measured and observed, avoiding a diffusion of accountability and the risk of differing interpretations about what constitutes good performance. As Professor Lynn Stout asserted: “Such a standard leaves directors with far less leeway to claim that they are doing a good job for the firm when, in fact, they are doing well mostly for themselves.”[9]

In the years since the Berle and Dodd debate, shareholder value as measured by metrics, such as total shareholder return (TSR), has emerged as the polestar measurement of the performance of US companies and their senior executives. However, investor emphasis on improvements in such metrics on a quarterly basis raises real concerns that boards and managers are incentivised to forego research and development and other long-term investments in innovation and human capital.[10]

Federal regulation may force corporations to rethink the polestar of shareholder value.  Senator Elizabeth Warren’s proposed Accountable Capitalism Act (S. 3348) would create an Office of US Corporations within the Commerce Department – much like Ralph Nader’s proposed Federal Chartering Agency – and would require corporations with $1billion or more in revenue to obtain a federal charter in order to operate. That charter would require directors to consider the interests of a broader set of corporate constituents – employees, customers, shareholders, communities – in making decisions. To make sure employee interests were chief among those interests, employees would elect 40 per cent of the board.

While the social interests that a corporation serves and the interests of shareholders are often viewed as being in tension, when viewed outside of a short-term perspective, social interests and shareholder interests are often aligned. After all, corporations do not succeed by consistently neglecting the expectations of employees, customers, suppliers, creditors and local communities, but neither do corporations attract necessary capital from equity markets if they fail to meet shareholder expectations of a competitive return.

Increased focus by investors on the broader societal impacts of their portfolio companies may help assuage underlying concerns about the responsible use of significant economic power by corporations – and large institutional investors – but a common set of appropriate metrics that look beyond shareholder return have not yet developed. Until they do, shareholder value will remain the primary polestar for assessing boards and managers and holding them accountable. At the same time, it is clearly in the common interest of investors and corporations to address societal expectations, reduce tensions and build trust in our important economic institutions. Institutional investors can play a key role in helping corporations navigate this difficult terrain by emphasising in specific terms the key environmental and social factors that are meaningful to their investment decisions.

The views stated above are solely attributable to Ms. Gregory and do not necessarily reflect the views of Sidley Austin LLP or its clients.

Holly J. Gregory is a partner in the global law firm Sidley Austin LLP, where she is co-leader of the global Corporate Governance and Executive Compensation practice, and the immediate past chair of the ABA Corporate Governance Committee. She counsels clients on the full range of governance issues, including governance structure and culture, board leadership, fiduciary duties, special committee investigations, risk oversight, CEO transitions, board audits and self-evaluation processes, conflicts of interest, shareholder activism and initiatives, relationships with shareholders and proxy advisory firms, compliance with legislative, regulatory and listing rule requirements and governance “best practices.”

1.2018 Edelman Trust Barometer, The State of Trust in Business, at 11 and 16. (Note that trust in business in the US is still higher than trust in government.)

10.The Conference Board, Is Short-Term Behavior Jeopardizing the Future Prosperity of Business (2015). 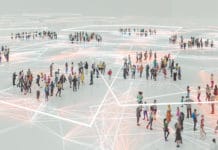 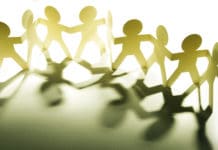 What is business good for?

What is business good for?