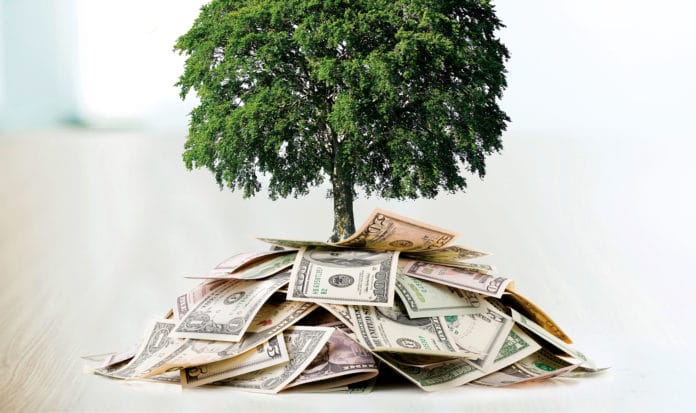 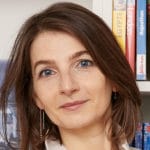 Over the past decade, environmental, social and governance (ESG) investing has arguably emerged as the most fashionable concept in the world of finance, surpassing the widely popular ‘BRICS’ (Brazil, Russia, India and China) at state level and ‘FANG’ (Facebook, Amazon, Netflix, and Google) at corporate level.

To be sure, as a philosophy, ESG has the fangs and the potential to embrace both government and corporate spheres. Herein lies its danger. Contrary to popular perceptions, ESG is not merely about investing in well-governed enterprises. And, contrary to common discourse, the actual impact of ESG-focussed policies on the bottom line is far from guaranteed. Indeed, a number of ESG regional and country-specific investment indices have not necessarily been correlated with positive financial performance and have generally attracted minimal investor following.

Perhaps more importantly, the purported adoption of ESG policies by corporate boards has, in many instances, focussed shareholder attention on immaterial, philanthropic policies and away from critical governance questions. A myriad of corporate annual reports boast positive ESG impact without reference to any methodology, all the while skirting key governance issues, such as board independence.

In the absence of a substantive, comparable methodology, the ESG movement – as it is currently defined – has the potential to seed confusion, creating a ‘corporate saint’ intended to address how companies are governed, what imprint they leave on the society and how they treat the environment. While these might indeed be mutually reinforcing, they need not be and, in many cases, they are not. One can easily imagine a corporation which, while having a board of directors dominated by insiders, deeply cares about the community it operates in.

And while institutional players have wholeheartedly jumped on the bandwagon of ESG investing, questions ought to be asked about the implications of their enthusiasm on the investing public and on the corporate world. This is especially critical following a significant shift of ownership in public equity markets from retail to institutional actors, today estimated to control more than 50 per cent of total investments in developed markets. It is no wonder that following the financial crisis, a soul-searching regarding institutional investor responsibilities as stewards has been underway.

International governance guidelines, such as the OECD Principles of Corporate Governance, have been revised to encompass investor responsibilities and conflicts of interests. The UN Principles for Responsible Investment (UNPRI), arguably the most famous stewardship standard, have on several occasions been criticised for not having tangible impact on investor behaviour, creating a pop culture of enthused signatories. The same scepticism has met national stewardship codes, such as the UK code, until it grew some teeth, categorising investors according to the level of their adherence.

“In the absence of a substantive, comparable methodology, the ESG movement has the potential to seed confusion, creating a ‘corporate saint’ intended to address how companies are governed”

This transition of stewardship responsibilities to institutional investors has resulted in their gradual creeping and trespassing in the domain of government policy and also of corporate enforcement. As such, institutional investors have become not only the new kid, but also the new cop on the block, policing governance and ethics of the largest corporations. This represents an arguably dangerous shift of decision-making powers from elected governments to unelected investors, who now control the savings of entire countries.

This shift may be acceptable in Norway where these are administered by a sovereign actor whose motivations are not purely financial. As a government investment vehicle, Norges – Norway’s central bank – has been able to make bold decisions, divesting from coal and tobacco companies at a financial loss to its portfolio. In recent months, this has generated a vigorous internal debate in Norway and within the leadership of the fund about its performance and governance.

The same bold actions by private institutional asset owners, who are judged by purely financial metrics, can less conceivably be envisioned. Indeed, they would be difficult to justify, given that many institutional investors have a fiduciary duty to protect the savings entrusted to them. Nor are senior executives leading these investors incentivised to be tree hugging, child labour-protecting folk. The focus of executive remuneration schemes in the financial services sector has in past years shifted to avoiding financial short-termism, not – or, at least, not yet – to ESG metrics.

Under the guise of better stewardship, the gradual devolvement of responsibility from governments to institutional investors has been in turn mirrored by a corresponding delegation of institutional investor responsibilities to corporate boards. A key manifestation of this is the wave of provisions on ‘corporate purpose’ recently incorporated or being considered for laws and governance codes in France, Germany, and the UK. In essence, these provisions ask boards to define corporate purpose in the interest of the entire stakeholder community.

The direction of this new wave of corporate well-doing has quickly caught the imagination of institutional investors.The recent and widely publicised letter by Larry Fink, BlackRock CEO, focusses on the concept of ‘corporate purpose’, with the expectation that boards consider broader stakeholder interests. “Purpose is not a mere tagline or marketing campaign; it is a company’s fundamental reason for being – what it does every day to create value for its stakeholders,” wrote Fink in his annual letter to CEOs.

This year, he is also trying to draw what he refers to as an ‘inextricable link’ between purpose and profit to make clear that institutional investors – no matter how well-intentioned – cannot trade-off profit with either E or S or G. Already last year, however, he admitted that BlackRock cannot divest from companies featured in certain indices, engagement remaining the only option.

Legally speaking, it’s far from clear how  corporate purpose shall be defined to encompass all stakeholder rights and how fiduciary duties of directors will be affected by this broadening of parties whose interests they are to consider and serve. Likewise, stakeholder legal redress rights vis-à-vis institutional investors and corporate boards is an unchartered territory that neither regulators nor Adolph Huxley appear to have considered in his Brave New World of ‘stakeholder capitalism’.

While institutional investors and corporate boards have today become ultimately responsible for human rights, environmental policy and corporate social impact, their resources for policing the implementation of this new and vast ‘corporate purpose’ have not increased proportionately. The governance team of Norges – the largest sovereign investor globally – is less than a dozen people, barely the size of an early stage tech start-up, but it is one of the more equipped and vocal investors.

The devolvement of duties from policymakers to investors to boards represents a potentially slippery slope. It is premised on a delegation of government prerogatives to actors – some of which, under the present conditions – have neither the incentives nor the resources to do so. Stewardship and governance codes, which regulators are actively promoting, are not going to suffice. Expecting investors and boards to fill policymakers’ shoes is at best naïve and at worst risky, especially at a time when trust in state power to protect vulnerable social groups is on the verge of being revoked worldwide.

Alissa Amico is the Managing Director of GOVERN, an Economic and Corporate Governance Center which works alongside public and corporate leaders in advancing research, policies and best governance practices in emerging markets. A unique research and advisory entity, GOVERN provides expertise and technical assistance on economic and corporate governance to policymakers and support to leading private and sovereign entities in emerging markets, deploying internationally recognised practitioners and academics.

Before founding GOVERN, Alissa was responsible for overseeing the OECD’s work on financial markets and corporate governance in emerging markets, notably in the Middle East and North Africa. Alissa joined the OECD in 2005 to establish a regional programme on private sector development in the region with the relevant Ministers. As part of this work, she has launched a regional project on financial markets and corporate governance with heads of stock exchanges, securities regulators and central banks and other decision-makers. 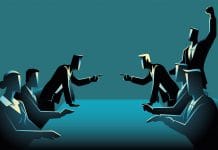 The new rise of ESG