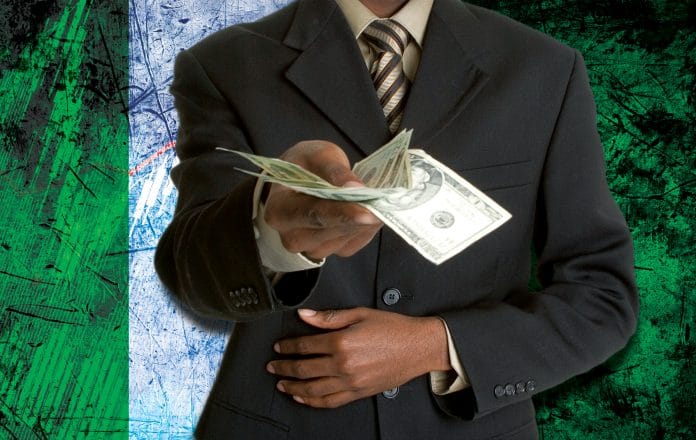 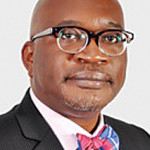 By Soji Apampa, Co-founder of The Convention on Business Integrity & Sponsor of the Corporate Governance Rating System

The new government in Nigeria has come to power on the promise of change – reducing corruption, strengthening security and creating jobs. Imagine if this commitment to dealing with corruption were demonstrated by making the policy pronouncement that any entity that is a corruption risk is barred from receiving assistance from the state.

This presupposes that all corruption risk factors, actual risks and corruption schemes by location, size, industry, sector, transaction type, and other demographic characteristics would be available, published and exposed. Entities would then be able to tell which ones they have controls for and what their residual risk is. It also presumes that simple tools for self-discovery of corruption risks will be made pervasive in the country to ensure standards and what to do to comply with them are widely understood by all actors and that the intelligence, security forces and anti-corruption agencies will work to keep discovering, cataloguing and exposing corruption schemes as they mutate.

A country with this level of coverage on corruption risk factors could then develop a sampling methodology across civil society, business and government entities to compile a corruption risks index.

Since 1995, Transparency International has published a Corruption Perceptions Index (CPI). What perspective transformation have countries with serious corruption problems, such as Nigeria, undergone as a result of the publication of the CPI? Has corruption generally reduced or increased in Nigeria following the annual publication of this index?

Year on year from 1995 to 2015, a significant number of Nigerians have complained that the situation with corruption worsened in their country rather than improved. Nigeria’s CPI score by contrast moved from 0.69 out of 10 in 1996 to 27 out of 100 in 2014 giving the impression of major progress in the fight against corruption.1 Who is right, the gut feel of the people or the CPI?

According to the OECD, corruption increases the cost of doing business; corruption leads to waste or the inefficient use of public resources; corruption excludes poor people from public services and perpetuates poverty; corruption corrodes public trust, undermines the rule of law and ultimately delegitimises the state.2 What real progress has been made on these dimensions in a place such as Nigeria?

The Nigeria Economic Summit has consistently decried the high cost of doing business in Nigeria from 19933 and made several recommendations severally, however, successive governments in the period under consideration have failed to adopt these measures wholesale and in 2015, the Institute of Directors (IoD Nigeria),4 the Institute of Credit Administration (ICA),5 and the Government’s own Small & Medium Enterprises Development Agency of Nigeria (SMEDAN)6 for example, continue to raise an alarm regarding the high cost of doing business in Nigeria. The main reason for the sluggish response would appear to be a lack of political will to embark on the necessary reforms.

Waste or inefficient use of public resources

Nigeria’s economy has grown in size from $112billion to approx $569billion in the same period, however, according to the Thabo Mbeki High-Level Panel Report on Illicit Fund Flows in Africa and the Global Integrity Report, in the same period, Nigeria also lost some $155bn to illicit funds flows.7 The number of private jets in Nigeria has increased from 20 in 2007 to more than 150 in 2012, placing Nigeria and China as the fastest growing private jets markets in the world. Forbes Magazine reported that wealthy Nigerians spend $6.5billion on private jets.

According to International Wines and Spirits Research, Nigeria ranks just outside the world’s top 20 consumers of champagne and is the top importer of champagne in Africa. Nigeria’s elite appear to have been complicit in the wasting and inefficient utilisation of public resources and, so far, the political will to reverse this trend is yet to be exhibited.

Excluding the poor from public services and perpetuating poverty

In 1980, 17.1m Nigerians were poor; by 1996 it was 67.1m and by 2010, 112.47m Nigerians were considered poor, according to Nigeria’s National Bureau of Statistics. The World Bank in 2014 says Nigeria is third on the Global Poverty Index after India and China, housing seven per cent of the world’s poor.

The last decade in Nigeria has been accompanied by the corrosion of public trust, the undermining of the rule of law and the delegitimising of the state due to the rising levels of insurgency. It is believed that the presidential amnesty programme (PAP) for ex-Niger Delta militants cost the country a cumulative total well over $1billion.

In addition, it was reported that in the run up to the presidential elections, the
Oodua Peoples Congress (OPC), a Yoruba nationalist group, claimed that the previous administration awarded them a pipeline surveillance contract worth around N9billion ($37million). The Boko Haram menace in the country, despite billions channeled toward fighting insurgency (cumulative $236billion security budget between 2011 and 2015), has led to the deaths of countless innocents in Nigeria.

We need a way to measure corruption that helps stakeholders in a country understand clearly what they currently do that constitutes corruption; that generates appropriate levels of public debate that can cause a rethink of values, attitudes and preferences; and, that supports a realignment of incentives to appropriately sanction deviance and reward the right sorts of behaviours. What would be useful to countries is to find ways of measuring corruption that facilitate transformative learning, leading to appropriate reforms by countries to reduce corruption rather than simply measuring corruption for the sake of having a measure According to US sociologist Jack Mezirow, ‘transformative learning theory’ says that ‘the process of perspective transformation has three dimensions: psychological (changes in understanding of the self), convictional (revision of belief systems), and behavioural (changes in lifestyle).’9 10

If we define measurement as ‘quantitatively expressed reduction in uncertainty based on one or more observations’,11 then anything can be measured. Uncertainty about the levels of national performance in the fight against corruption can be expressed by proxy in terms of the risk of encountering corruption in that country. Corruption risk assessments are now being used by companies to better understand who is vulnerable to corruption, when, where, how and why, along with what they need to do to manage the risk.12 13 14 Can similar techniques not be used to aggregate information at the country level to show overall quantum of risk exposure expressed in an index? If it can, then perhaps we would have found a more useful tool than the CPI currently is.

In 1996, the year Nigeria was first featured in Transparency International’s Corruption Perceptions Index (see table above); there were 18 countries in the bottom third of the table (scoring 3.3 or less). By 2014, half of them – Thailand, Mexico, Brazil, Egypt, Colombia, Philippines, Indonesia, India and China – had broken free of the bottomthird and the other half – Ecuador, Uganda, Russia, Venezuela, Cameroon, Bangladesh, Kenya, Pakistan & Nigeria – remained there. In the 2014 edition, 66 countries were in the bottom-third of the table of which 57 were added after 1996.

“Organisations continue to raise the alarm about the high cost of doing business in Nigeria. The main reason for the sluggish response is lack of political will”

It is arguable that had a good number of these countries been included in 1996, Nigeria may not have received the dubious distinction of being named the most corrupt country in the world – one it has found very difficult to shake off, despite moving from the very bottom to towards the top of the bottom third of the table. How much of such naming and shaming without clear basis creates a self-fulfilling prophecy for some of the countries that have remained in the bottom third of the table? Stigmatisation leads to exclusion and marginalisation and the crippling fear associated with it tends to create its own inertia and unwillingness in the victim to seek appropriate help – before long, emotions and behaviours are shaped and the stigmatised start to act true to type.

The CPI tells a country there is a putrid whiff of corruption around it but it is neither able to pinpoint exactly where the whiff is coming from, nor what the country needs to do to shake it off, so the CPI highlights the general level of corruption, but offers little clue about which aspects are most serious, or how to fight it.15 Other criticisms of the CPI are that it is based on perceptions and perceptions are not fact;16  that it shows ‘elite bias’ and not actual corruption;17 questions have been raised around the validity of the methodology employed;18 the media coverage around the index could influence the very perceptions it is measuring;19 although TI itself tells the public the CPI is a ranking tool and admits it cannot be used as a measure of national performance in the fight against corruption, the media, donor and other stakeholders still use it in that way;20 and, the World Bank seems to think the media can drive these perceptions.21

Soji Apampa is the co-founder of The Convention on Business Integrity, which sponsors the Corporate Governance Rating System in partnership with the Nigerian Stock Exchange. Email: soji.apampa@cbinigeria.com  twitter: @sojapa