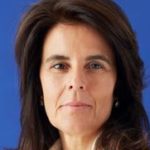 By Mercè Brey – Expert in Diversity, Leadership and Transformation

Claiming that diversity and inclusion improve a company’s key performance indicators (KPIs) is almost a no-brainer. Many studies prove that having a diverse and inclusive organisation can improve its talent attraction and retention ratios, increment its innovation capacity, skyrocket its team performance, have a favourable impact on its reputation or even increase its financial performance.

Even so, diversity, and especially inclusion, are pending issues in a good number of organisations. Financial services and fintechs, for example, are only behind the construction sector when it comes to addressing gender diversity.

How is it possible that, even knowing the benefits of diversity and inclusion, companies still aren’t achieving higher equity levels?

Allow me to dwell on an aspect that seems to me to be the key to understanding why difference is so hard for us to grasp: in the end, discrimination, non-diversity, arises from our difficulty to see and appreciate the richness of what is different.

To develop this idea, I am going to reference one of my favourite authors, Yuval Noah Harari. He mentions a concept in his book Sapiens that fascinated me as soon as I read it. Noah claims that there is, what he calls, a ‘genuine reality’, it being trees, rivers, lions… but that there is also another reality, the ‘imagined reality’. Thus, a company could well be an example of an imagined reality… because what is a company? Its building, its client portfolio, its market stock value… all at once? Or, another example, what is money? The bills that I carry in my purse, the coins in my pocket, what my current account at the bank tracks? Both the company and money exist because we give them a sense of being. They are, therefore, imagined realities.

This led me to think that gender is also an imagined reality. In fact, it was not until 1947 when the psychologist John Money coined the term gender, defining it as a social construct of what men and women represent in society.

Let me further develop this thought. We, as humans, are gregarious beings. This means that we feel good when we have the feeling of belonging to a group. For this reason, we continuously taxonomise (taxonomising is the science that deals with grouping those who are similar).

Once taxonymised, what we do is assign a series of characteristics to each group. If we take the example of gender and make a simplification (as there are many genders, some recognised and some not), what we are doing is attributing different peculiarities to each gender. Therefore, we say that the male is characterised by its rationality, logic, ability to make decisions, audacity, firmness, etc. On the other hand, we asseverate that the female gender is characterised by its flexibility, creativity, ability to reach consensus, to collaborate, by its intuition or empathy.

Let me take this one step further. Our society is immersed in a patriarchy. This implies that we have taken everything that surrounds the male gender and we have praised it; we have determined it has the value to become successful. At the same time, and on the contrary, we have reviled what is related to the female gender, attributing it a lower value on its race to success

.’We must integrate the richness of being different, accept the genuine uniqueness of each other and generate new behaviours that will open us to a universe of possibilities’

Having reached this point, two necessary questions arise. The first one: don’t we know a man who is empathetic, intuitive and collaborative? Or don’t we know a woman who is rational, logical and makes decisions without even hesitating? Well, it’s obvious that we do. The second question, then, is could it be that both masculine and feminine traits have the same value? Naturally so. Each skill has value when its timing is right.

Look at this example. Let’s suppose we are in the creative phase of a new product. In this instance, we have to balance what the market needs, listen to our future clients, let our creativity run wild… and these are assigned feminine traits. But, once  the product is ready, we need firmness and determination to enter the market and face our competition. And this is an assigned masculine trait.

Therefore, it is not about the supremacy of one gender over the other, but rather that both have the same contribution value. Each one in its precise moment, in its specific context.

In reality, the problem lies in the existence of an excess. A possible metaphor could be found in water. This element, in its proper measure, is a pure blessing. However, when there is an excess, like a tsunami or torrential rain, it can be tremendously destructive.

The same thing happens when we have an excess of the masculine trait, as it occurs in our society. Moreover, force can turn into violence, firmness into imposition, or rationality into intolerance.

The underlying logic of my reasoning leads to the statement: we need more feminine traits in organisations (in society as a whole) to achieve greater diversity and authentic inclusion. We need more diversity and inclusion if we want to achieve industries that are more competitive, last longer and provide real value.

And lastly: we need more diverse, more inclusive companies. For the welfare of people, for companies’ profitability. And, for this to be possible, organisations must leave room for feminine traits to express themselves. Therefore, we need to simultaneously progress on two aspects.

On the one hand, for women to step up and speak out, to exercise their leadership without adopting imposed patterns or roles, to leave their own mark by honouring their feminine traits. On the other hand, men must open up to difference, adapt to this new evolutionary level, discover and allow themselves to enjoy their feminine essence.

All of us must evolve in a rhythmic way, overcoming beliefs and barriers that have limited and confronted us for so many years. We must integrate the richness of being different, accept the genuine uniqueness of each other and generate new behaviours that will open us to a universe of possibilities.

Some last comments. I am concerned about the impact that Covid-19 may have on the path that has led us to where we are in terms of diversity and inclusion. I sincerely believe it would be a mistake to stop supporting policies and actions in favour of equity. Diversity is the only thing that allows us to observe reality from multiple angles, allowing creative solutions to blossom in complex and uncertain contexts, such as the one we are currently experiencing.

Perhaps this is the best time for diversity and inclusion to become a genuine reality.

Mercè Brey is a renowned expert in diversity, leadership and transformation.