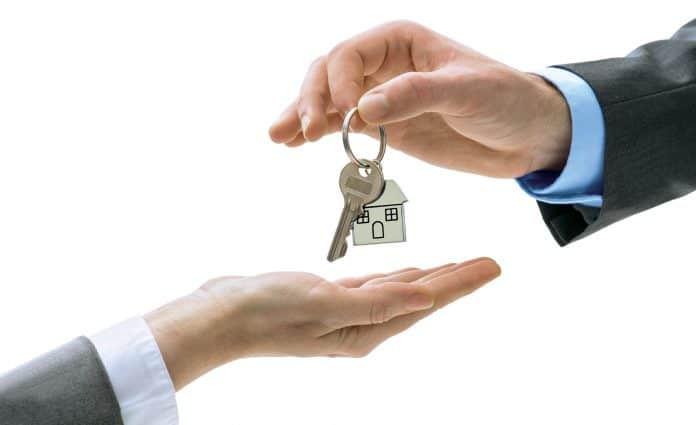 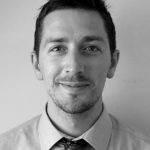 UK property has long been a safe haven for overseas investors seeking a stable political and business climate, financial security or an attractive place to live. However, there is growing evidence that it has also become a safe haven for corrupt capital stolen from around the world, facilitated by the laws that allow UK property to be owned by secret offshore companies.

Ethical markets rely on being able to differentiate clean from criminal and corrupt money. However, our research has found that due diligence and money laundering checks can often stop or become exceptionally difficult when layers of secret offshore companies are structured as owning assets and holding property titles.

What is the scale of companies from secrecy jurisdictions holding property titles in the UK? New research by Transparency International UK¹, using data from the Metropolitan Police and the entire record of corporate holdings of property in the UK from the Land Registry, can help answer these questions.

In all, 40,725 London properties are held by foreign companies.² Of these, 89 per cent are companies registered in offshore secrecy jurisdictions. Out of all foreign companies that own property in the UK, more than one third are incorporated in the British Virgin Islands; this is followed by Jersey with 14 per cent, the Isle of Man with 8.5 per cent and Guernsey with 8 per cent.  Almost one in 10 properties in the City of Westminster (9.3 per cent), 7.3 per cent of properties in Kensington & Chelsea and 4.5 per cent in the City of London are owned by a company registered in an offshore secrecy jurisdiction.

Across the country, at least £122bn worth of property in England and Wales is held via companies registered in secrecy jurisdictions. This is likely to be an underestimate as many titles in the Land Registry held by offshore entities include no record of property value.³

But what does this have to do with corruption?

The misuse of corporate structures “appears to be almost ubiquitous in money laundering cases”.4 Evidence collected by the joint World Bank-UNODC Stolen Assets Recovery (StAR) initiative of more than 213 cases of grand corruption reveals that in more than 70 per cent of the cases, the ownership of stolen funds is disguised through the misuse of corporate entities, half of which are anonymously-owned shell companies. In these 150 cases, the approximate total proceeds of corruption amounted to approximately US$56.4bn.5

The high-end real estate sector is particularly vulnerable to money laundering, in part due to its capital-intensive nature.6 Luxurious properties in the UK provide a much-sought badge of wealth and respectability and represent a very safe bet for the corrupt from around the world. The high prices of the London housing market do not discourage money launderers; on the contrary, they represent an opportunity. The higher the prices, the more money can be laundered through it.

According to a 2013 Savills report, 90 per cent of new-build luxury properties (valued at more than £2,000 per square foot) were purchased by overseas buyers.7 Eastern European and Russian investors held the biggest share of these high-end residential properties, followed by Middle Eastern and North Africa (MENA) and Chinese buyers.8 Using corruption indices and the available information on the threat, it is reasonable to infer that the sources of foreign investment for the highest value properties in the UK tend to be from regions of the world with substantial domestic public-sector corruption challenges.9

For the first time, our research can put data to the scale of property that is, or has been, involved in grand corruption investigations in the UK through access to the Metropolitan Police’s own records. We find that more than £180m worth of property in the UK is or has been under criminal investigation by the Unit as the suspected proceeds of corruption in the last 10 years. This total value represents 120 properties in the UK that have been brought under investigation since 2004 that have a recorded or estimated value.

However, given the secrecy barrier presented by the widespread use of offshore companies to hold property, our research and law enforcement interviews make clear that this sum of £180m worth of property is likely only to be the tip of the iceberg.

In broad terms, the UNODC estimated in 2011 that the global detection rate of illicit funds by law enforcement is as low as one per cent for criminal proceeds, and the seizure rate is possibly 0.2 per cent.10

To address wider money laundering risks associated with anonymous companies in the UK, the Government has recently set out legislation to require a public register of the true owners of UK-registered companies. While this is a significant step forward in corporate transparency, the UK property market remains vulnerable to investment of corrupt capital due to the secrecy around the owners of offshore companies. Although, many of the implicated offshore jurisdictions are theoretically under the influence of the UK Government, no British Overseas Territory has yet accepted the Prime Minister’s call for public transparency of who owns companies and trusts. Many have yet to show a genuine attempt to resolve money laundering risks presented by anonymous owners hiding behind companies registered in their territories. Following the 2015 General Election, the spotlight will now be on how David Cameron can continue this agenda in the face of such glacial reform in the Overseas Territories.

However, there are steps that the UK can take unilaterally to address the risk posed by secret offshore ownership of property in the UK. In our paper, we recommend that any foreign company intending to hold a property title in the UK should be held to the same standards of transparency required of UK registered companies.

At a basic level, it is time to unmask 11 the ownership of the offshore companies that own so much property in the UK and that have, for so long, undermined ethics and due diligence in UK investments.

Nick Maxwell is Transparency International UK (TI UK)’s Head of Strategic Engagement. Nick is responsible for managing the TI UK research programme including as relevant to lobbying in the UK, local government, financial and professional services, British Overseas Territories, open government and open data. Prior to joining TI-UK, Nick worked for the British Chambers of Commerce, the Institute for Chartered Accountants, the Royal Institute of International Affairs, Chatham House, and most recently for NATO as a counter-money laundering specialist.

1 http://www.transparency.org.uk
2 Including both residential and commercial properties, as Land Registry data does not distinguish between the two
3 http://www.ft.com/cms/s/0/6cb11114-18aa-11e4-a51a-00144feabdc0.html [Accessed: 16 Feb 2014].
4 Stolen Asset Recovery Initiative Puppet Masters: how the corrupt use legal structures to hide stolen assets and what to do about it (2011).
5 Stolen Asset Recovery Initiative, 2011 – The data were calculated from a sample of 213 instances of grand corruption recorded in the last 30 years
6 Transparency International UK, TI-UK response to the National Risk Assessment of Money Laundering and Terrorist Financing (May 2014).
7 Savills World Research, 2013
8 http://www.thisismoney.co.uk/money/news/article-2706757/The-City-London-WILL-feel-pain-Russia-sanctions.html [Accessed: 16 Feb 2015]
9 http://www.transparency.org/cpi2014/results [Accessed: 16 Feb 2015].
10 UNODC, Estimating illicit financial flows resulting from drug trafficking and other transnational organized crimes (Oct 2011) http://www.unodc.org/documents/data-and-analysis/Studies/Illicit_financial_flows_2011_web.pdf [Accessed: 16 Feb 2015]
11 For more information on the Transparency International UK Unmask the Corrupt campaign, see here:  www.ukunmaskthecorrupt.org