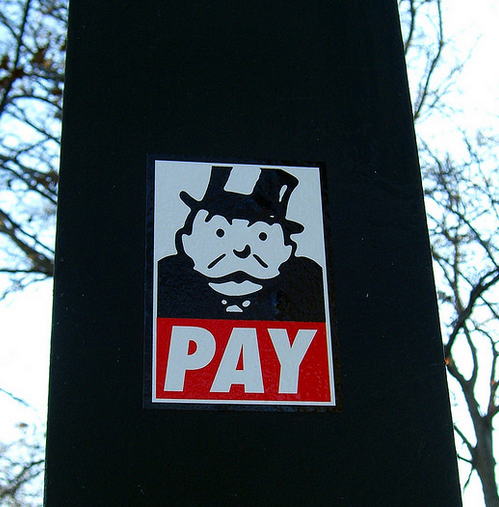 Shareholders and relevant interested parties are increasingly demanding explanations for climbing executive pay. They want justifications for the large pay packages and also the bonuses and increases that are implemented year on year by and to company senior executives. Typically board members and senior executives will argue that the compensation arrangements have been made to closely reflect the performance of those executives and have been set to adequately compensate and incentivise those business people in their role. They have argued that this is interests of the business going forward but shareholders understandably want more specific detail to be convinced of why company money is being diverted in large amounts towards executive pay rather than distributed as dividends or being reinvested in developing longer term profits and value for the company.

Therefore there is growing interest, investigation and rigour being applied into the area of creating a standardised approach for measuring pay for performance. A pay policy that claims to be aligned with performance will only be effective if the measures used to determine performance are fair and accurate.  Recent studies have shown that certain performance metric used in major corporations are extremely ineffective when it comes to motivating senior company executives to create improved shareholder and company value. These studies have carefully compared pay metrics with associated moves in companies’ stock prices, and have identified the most common compensation metrics that correspond with above- or below-average company performance.

The median pay package increased 9 percent in 2013 when compared to 2012 for chief executives at the 100 largest companies in the US – the figure was $13.9 million for 2013, according to the Equilar 100 C.E.O. Pay Study, conducted by Equilar, an executive compensation data firm. Many companies will use arbitrary benchmarks to monitor performance – for example a popular choice with large corporations is the company’s earnings before income taxes and minus the costs of stock-based compensation, acquisitions, restructurings and other items. However, measures such as this are not always compliant with generally accepted accounting principles, or GAAP. Furthermore, by including or excluding certain extraordinary items in their metric of choice company executives can artificially inflate performance figures. In other cases, boards will award pay based on growth in the total shareholder return or growth in earnings per share. Another popular choice is for companies to use the return on invested capital and also return on equity. Many companies will use a combination of measures.

Each individual firm will put forward an argument that their methods adequately justify the pay that has been awarded. In any case what seems to be evident is that there is no standardised procedure – each enterprise can pick and choose how they measure performance, which can leave shareholders unclear as to which measures effectively reflect performance and which do not.

Findings of the relevant studies have found some metrics more accurately reflect performance than others and a standardised procedure may find a strong starting point from taking a look at these measures. Certain metrics – such as total shareholder return – did not adequately reflect share price performance – and therefore if this measure were to be used to determine pay then the company would be unfairly rewarding their executives. On the other hand, the stock prices of companies that used earnings-per-share measures based on generally accepted accounting principles have historically outperformed their peers. This means that earnings per share may be used more safely to reflect performance and then consequently ascribe pay and incentives.

One particularly poor performance indicator is when a company chooses to make frequent changes to their pay-performance metrics – this should raise alarm bells to investors. These companies have significantly underperformed those that did not change their benchmarks. Companies will increasingly need to look for alternatives towards creating a standardised pay-performance award procedure. One area of consideration should be growth drivers that focus on long term value generation – long term growth should be awarded over short term unsustainable gains.

Measures such as earnings-per-share have historically been the less popular choice in the boardroom. This is because these types of metric are more difficult to manipulate than other measures that can be inflated by arbitrarily removing certain costs from the equation. Hence these types of metrics should be used to measure performance and award pay by companies going forward.