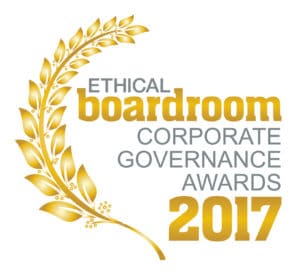 Good corporate governance enhances and underpins a company’s long-term sustainable performance and is critical to long-term value creation and economic growth. Meaningful engagement with shareholders is one of the key aspects of corporate governance, especially for discussions on strategy, succession planning and remuneration.

In Japan, there have been concerns that companies are failing to restructure and innovate because managers’ interests may not always coincide with shareholders’ interests. Economists have warned that to improve Japanese companies’ growth and efficiency, the country needs to ‘release shareholders against hidebound management’.

Researchers at the Tokyo Institute of Technology found that without shareholder pressure, managers will avoid big decisions and let their companies stagnate. And companies with more cross-shareholding spend less on both capital investment, research and development and engage less in corporate restructuring. Interestingly, Prime Minister Shinzo Abe has embraced shareholder activism in a bid to encourage the adoption of his corporate governance reforms, a central part of his economic policy platform.

In Australia, the Australian Council of Superannuation Investors (ACSI) – a group representing some of the nation’s biggest superannuation funds – has argued that shareholders need greater powers to ensure their concerns are heard at company AGMs, especially on environmental and social issues.

The ACSI’s calls for shareholders to have the ability to put non-binding, advisory resolutions on the agendas of company AGMs has been described as ‘a missing part of the corporate governance landscape in Australia’ and will give Australian shareholders a better way to express concerns about ESG issues.

In India, a newly established committee on corporate governance formed by the country’s market regulator, Securities and Exchange Board of India (SEBI), has highlighted the importance of protecting the interests of shareholders. To improve corporate governance at listed companies, the SEBI panel has recommended that certain payments should need approval from the majority of non-promoter shareholders.

Ethical Boardroom is proud to announce the winners of “Best Corporate Governance” in their respective industry sectors across Asia & Australasia for 2017. The awards recognise the outstanding leadership from boards who have raised the bar to ensure that strong corporate governance plays an essential part in protecting and enhancing long-term value for all stakeholders. Our awards program is a vital part of our continuing mission to elevate corporate governance standards globally.

For those who have made it to the top of the mountain for 2017, we salute you for leading the way.