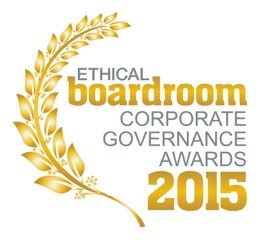 Demand for better corporate governance to achieve higher levels of trust and confidence is increasing as more and more companies pursue worldwide business opportunities. Failures and weaknesses in corporate governance can lead to market instability, as witnessed during global financial crises.

In Europe, new laws for tackling corporate governance shortcomings were proposed by the European Commission in early 2014 in a bid to harmonise its capital markets with the executive body indicating it is working as expeditiously as possible to roll out the measures. The revised Shareholder Rights Directive will focus on identified weaknesses at the level of shareholder control, putting executive pay at listed companies in the spotlight and forcing investors to disclose more information about their voting records and engagement policies.

Proxy advisors, the EU says, will also have to become more transparent on the methodologies they use to prepare their voting recommendations and on how they manage conflicts of interests. According to the EU Commission, the measures are necessary because the European economy has been penalised by a system where the whole idea is to bring profit in the short-term; shareholders have supported managers’ excessive short-term risk taking and not monitored closely the companies they invested in.

Under the Shareholder Rights Directive, which will affect around 10,000 companies listed on Europe’s stock exchanges, a European ‘say on pay’ would be introduced to oblige companies to disclose “clear, comparable and comprehensive information on their remuneration policies and how they were put into practice”. Existing ‘say-on-pay’ practices vary within Europe with Germany introducing say-on-pay votes in 2009 and the UK giving shareholders a binding vote earlier this year.

Discussing the proposals to revise the Shareholder Rights Directive at the Eumedion symposium in Utrecht in November, Jeroen Hooijer, Head of Corporate Governance and Social Responsibility at the EU, said that the European Commission is seeking to speed up the introduction of the new Shareholders Rights Directive and expects to table new legislation with the European Parliament by the summer of 2015.

In Africa, corporate governance shortfalls have long been identified as a key factor in holding the continent back from reaching its growth potential. Africa has long lagged Europe and other markets in corporate governance practices, shackled by factors such as corruption scandals and organisation mismanagement. But great strides in governance reform have been made in recent years and there is a growing understanding that Africa should nurture its own corporate governance system with an emphasis on the accountability of business organisations to the communities within which they operate.

The African Peer Review Mechanism (APRM), an initiative of the African Union, was established in March 2003 as a ‘self-monitoring instrument of good governance’ based on the understanding that for Africa to progress and prosper, the continent must find ‘durable, home-grown responses to its challenges’ by encouraging partnerships between businesses, professional bodies and governments to ensure cross-border cooperation on governance.

The APRM argues that for Africa, compared to other regions, a broad moral and ethical approach is far more realistic for the emerging business sector than one determined by strictly formalised rules. African corporate governance systems must, it says, recognise both global best practice and the particularities of African business so that good and mature corporate governance will proceed in tandem with the development of Africa’s business community.

Ethical Boardroom is proud to announce the winners of “Best Corporate Governance” in their respective industry sectors across Europe and Africa for 2015. The awards recognise the outstanding leadership from boards of public companies who have raised the bar to ensure that strong corporate governance plays an essential part in protecting and enhancing long-term value for all stakeholders. Our awards program is a vital part of our continuing mission to elevate corporate governance standards globally.

For those who have made it to the top of the mountain for 2015, we salute you for leading the way.

Please note that the winners for the Middle East region will be announced in the Spring 2015 edition.