The corporate governance debate in Turkey only started in 2002. Influenced by the OECD, the Principles were embraced by the Capital Markets Board of Turkey. Having the support of the National Assembly, Capital Markets Board of Turkey continue its course of encouraging corporate governance principles in Turkey and raise awareness. Yet, considering Capital Markets Board of Turkey’s reluctance to use its full authority bestowed upon by the Capital Markets Law, we can see that this is a slow process for Turkey. However Istanbul Stock Exchange, the Board itself and many government officials are increasingly talking about the importance of transparent, fair and competitive markets and a better investment climate. This is also directly linked to Minister Babacan’s initiative to make Turkey the financial heart of finance[1] as a part of Turkey’s rising vision of 2023.

The concept of corporate governance was first introduced in Turkey by the Turkish Industry & Business Association (TUSIAD) in 2002. Although the research[2] was limited to the Board of Directors, it constitutes the start of a corporate governance debate in Turkey.  The Principles took shape only after 2003 with the initiative of the Capital Markets Board of Turkey. “Comply or Explain” basis principles were not mandatory for Borsa Istanbul (BIST) companies and revolve around four main sections and their subsections; i) Shareholders, ii) Public disclosure and transparency, iii) Stakeholders, iv) The Board.[3]

To encourage the implementation of the principles, in 2004, Capital Market Board of Turkey promulgated that it BIST companies would be liable for publishing a “Corporate Governance Compliance Report” along with their annual reports. The Report allowed companies to explain their compliance levels consistent with the “comply or explain” approach adopted by the Capital Markets Board of Turkey.  Shortly after, in 2007, BIST has established a corporate governance Index (XKURY) based on the compliance levels of BIST companies to measure their profitability and income performances.

Subsequently, the first Communiqué mentioning the notion of corporate governance (Seri: IV, No: 41) was published on March 2008.[5] The Communiqué introduced two major reforms: a mandatory shareholder relations unit for listed companies and the employment of a specialist who is responsible with the companies’ compliance liabilities for Capital Markets Board of Turkey and its corporate governance practices.[6]

The initiative gained momentum with the official appointment of Capital Markets Board of Turkey as the only authority for the betterment of corporate governance practices through Decree Law 654. The Decree empowered the Capital Markets Board of Turkey to make some articles mandatory, to detect and cancel statute violations and press charges. Assuming its new responsibility, Capital Markets Board of Turkey went on to publish corporate governance principles as a Communiqué (Seri: IV, No: 54) on October, 2011 which implies administrative charges for the cases of violation. To ensure enough time to make decisions for shareholder, timeline and content of the general assembly announcement are regulated. To manage probable conflicts of interest within the Board and to protect the minority shareholder, the practice of Independent Board Members is introduced and made mandatory for BIST 30 companies (except banks) which was later extended to include all listed joint stock companies (except the Emerging Companies Markets and the Watchlist Companies Market) with the enactment of Communiqué Seri: IV, No: 56.[7]

“With the increased importance of Board decisions, the materiality of the Independent Members has also increased.”

Meanwhile, another major improvement in the field of corporate governance in Turkey happened with the introduction of e-General Assemblies by the Turkish Commercial Law 6102, published on January 2011. The e-General Assembly System (e-GEM) which is mandatory for listed BIST companies is coordinated by the Central Registration Agency (MKK) and operational since October 1, 2012. The System allows shareholders, delegates, intermediary institutions and all stakeholders to carry out transactions before, during and after the Assembly with their own personal electronic signatures, send their comments transiently and overall receive information about the processes instantly. e-GEM is the pioneering example in its scope compatible with international rules and regulations. An article on Financial Times has used e-GEM as a best practice example praising it for its success to attract foreign institutional investors.[8] This innovative practice also received first place in FsTech Awards for the “Best Use of Online Services” category.

The Capital Markets Law 6362[9] (Law), published on December 2012, represents a new era for the business sector in Turkey. The main aim of the Law is to ensure the effective functioning and development of the capital markets in a reliable, transparent, stable, fair and competitive environment and to protect the rights and interests of the investors. It expands Capital Markets Board of Turkey’s authority to take measures and impose sanctions while also expanding its sphere of influence to not only include listed companies but also to set rules for non-listed publicly held companies.

After the promulgation of the Law, Capital Markets Board of Turkey went into a major revision period and on January 2014, published the corporate governance communiqué (II-17.1) which is the main reference point for public companies today.  The previous Communiqués Seri: IV, No: 54 and Seri: IV, No: 41 are annulled. Although the Law has endorsed an increased authority for the Capital Markets Board of Turkey, it assumed a narrow point of view and stated that publicly held corporations whose shares are not traded on the exchange were not subjected to the Communiqué. Moreover, the liability to abide by the corporate governance principles were only bestowed upon Corporations whose shares are traded on markets, market places or platforms other than National Market, Second National Market or Collective Products Market. The Banking Regulation and Supervision Agency (BDDK) has been overseeing and controlling the banks’ compliance to governance principles with the authority given by the Banking Law 5411. It is clear from the Communiqué that instead of using its direct authority over the banks that are listed and traded on the aforementioned Markets, Capital Markets Board of Turkey requires the opinion of BDDK in regulating corporate governance practices for banks.[10]

Investor Relations Department got a new name and new responsibilities. It now functions directly under the general manager or vice general manager or one of the other equivalent executives and is required to prepare a report at least once a year about the activities conducted and it to the Board. The Committees to be formed within the structure of the Board are also made mandatory. The Board is required to form an Audit Committee, an Early Detection of Risk Committee, a Corporate Governance Committee and a Nomination Committee, Compensation Committee composed of at least two Board members. The Chairmen of these Committees should be an Independent Board Member whereas all members of the Audit Committee are required to be Independent Board Members.

[2] TÜSİAD, 2002, The Corporate Governance Best Practice Code: Composition and Functioning of the Board of Directors 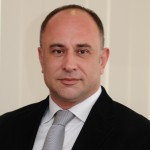 Graduated from Marmara University Communication Sciences, worked for major groups and led a number of national programs and EU projects in Turkey. As the Secretary General of TKYD since 2003, he has coordinated and overseen the execution of a range of corporate governance initiatives throughout Turkey. Both organizing and presenting at governance workshops and related events, Karacar has developed a firmly grounded knowledge of the principles of corporate governance and the unique needs of Turkey’s private sector in seeking to uphold them. He served as National Program Coordinator for United Nations Development Program from 2005 – 2007, as Project Coordinator and Steering Committee Member to Center for International Private Enterprise since 2005. He is a member of TUSIAD (Turkish Businessmen and Industrialists Association) Corporate Governance Committee and International Corporate Governance Network (ICGN). 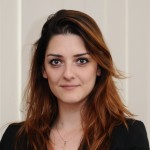 After graduating from Koç University, Başak completed her master’s degree at the School of Oriental and African Studies (Soas), University of London on International Law. In cooperation with Human Rights Clinic at SOAS and the Institute of Human Rights and Business, she was instrumental in publishing the report More than a resource: Water, Business and Human Rights in 2011.

After gaining extensive experience working for the Amnesty International Turkey, Başak has been working at the Corporate Governance Association of Turkey since May 2013 as the Project Expert. Her expertise areas are human rights, sustainability, CSR, corporate governance, European Union and international human rights law. In addition to her native language, she speaks English, French and German.

About the Corporate Governance Association of Turkey (TKYD)

Founded in 2003, Corporate Governance Association of Turkey (TKYD) is a non-profit organization aiming to develop and promote adherence to corporate governance standards and guidelines in Turkey.

Starting from publicly-held to family owned companies, from the state-owned enterprises to civil society organizations, from the sport clubs to economical journalism, conformance with the corporate governance principles is becoming more important as the basic tool for and the basic principle of a fair, transparent, accountable and responsible environment for today’s global business world.

Over 650 board members and senior executives meet at TKYD to shape the future implementation of corporate governance practices in Turkey with the task of informing the public to keep abreast of these changes.  www.tkyd.org